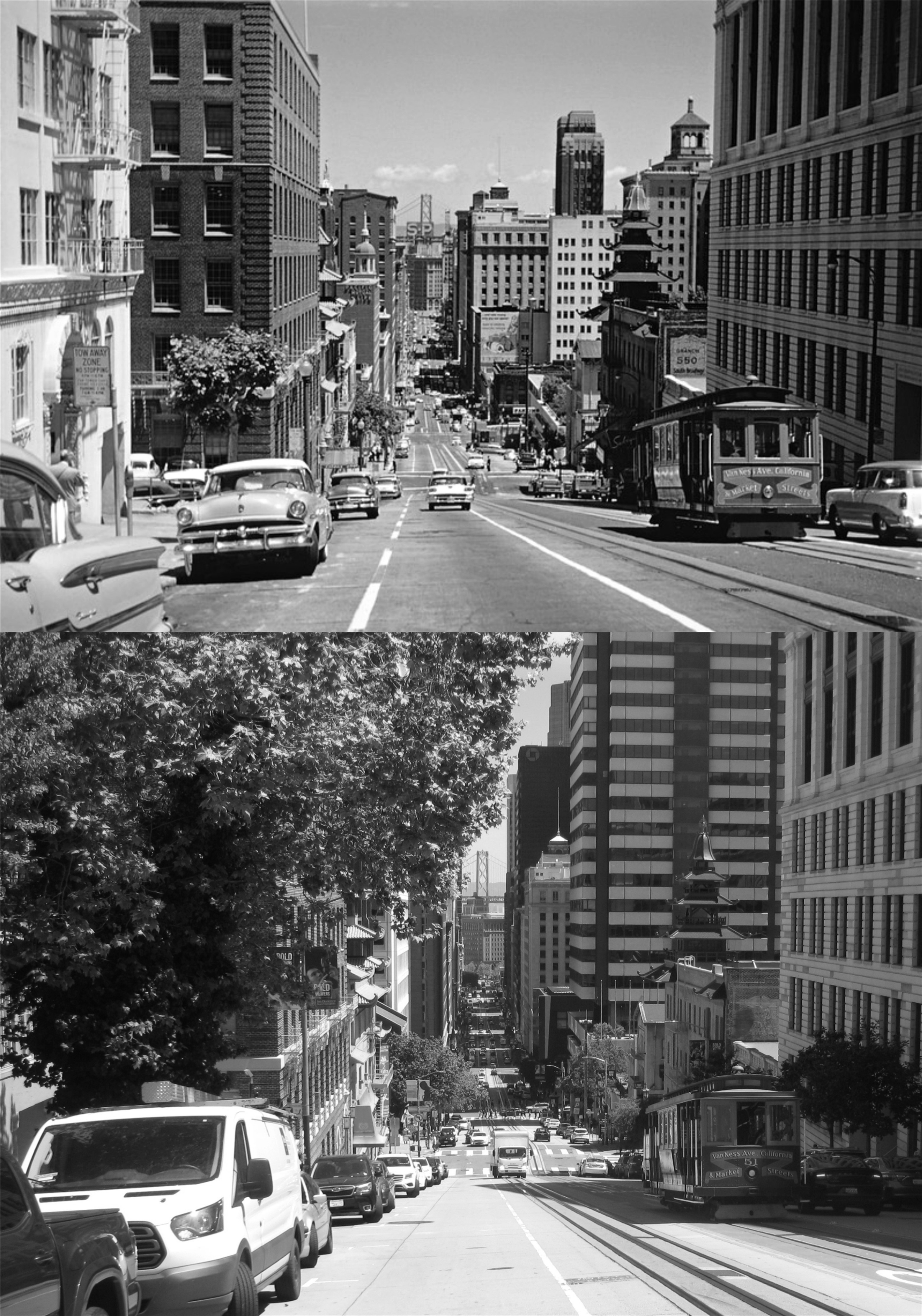 Several years ago I posted about a Facebook page I had joined called San Francisco Remembered. It’s a large group of San Francisco enthusiasts who post memories and photos of their favorite city. Members are frequently contributing vintage pictures of San Francisco from public sources or from their own collections. These are a few updates I did last weekend of some of the vintage pictures posted by group members. The source of some of the photographs is not always identified, so I’ll just list the last names of the members who posted the pictures for the credits. (Thumbnail images) 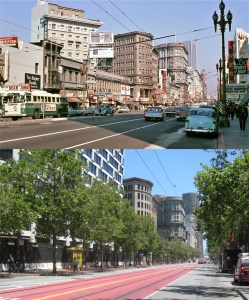 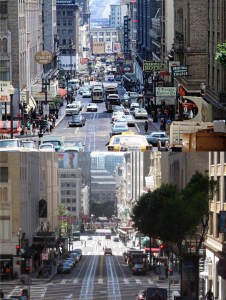 Looking down Nob Hill along Powell Street in 1968: The Sir Francis Drake, with its Starlite Room, is on the left. (M. Rodriguez) 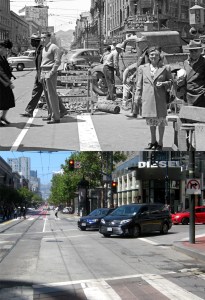 Construction on Market and Stockton Streets, looking east in 1947: You can see Twin Peaks in the far back of both photos. (M. Rodriguez / SFMTA) 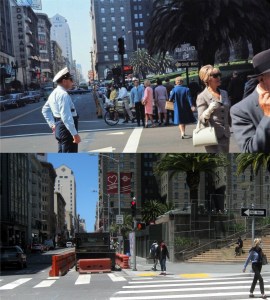 The southeast corner of Union Square, at Geary Blvd. and Stockton, during the 1960s: (M. Kava) 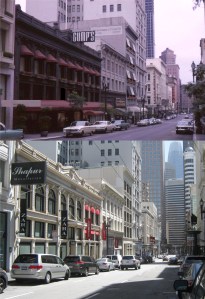 The most famous location of Gump’s, 250 Post Street, was THE home furnishing store of San Francisco. Founded during the Civil War, some of the icon’s most famous customers included Sarah Bernhardt and Franklin D. Roosevelt. You can’t see the 1914 Hobart Building from here anymore, but you can sure see the Salesforce Tower. (M. Rodriguez) 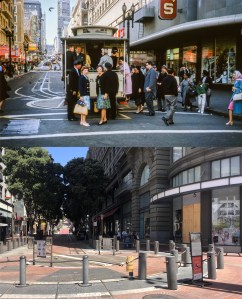 The cable car turnaround at Market and Powell Streets during the 1970s; I like those sunglasses. A little closer to twilight than in my picture, and, of course, there’s no cable car in my photo, but overall not a bad juxtaposition. (M. Kava)