2150 California Street: There’s still a fire station at this address today, but it just doesn’t have the same character.

Powell and Market Streets: Somebody in the 1920’s was an even worse photographer than me! 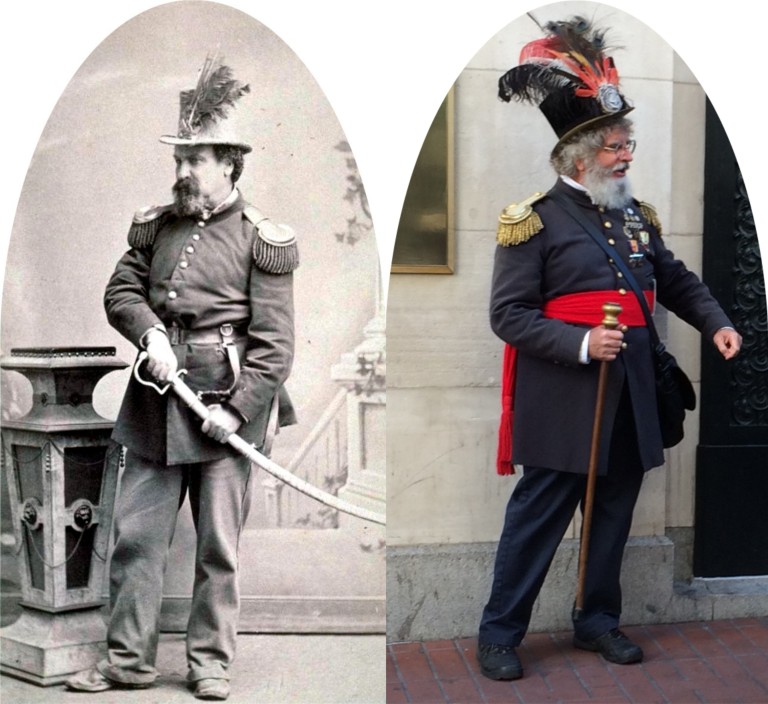 Emperor Joshua Norton, “Emperor of the United States”, and the, “Protector of Mexico”: I knew if I hung around San Francisco long enough, I was going to run into him!

Next Friday, December 4th, will be the 100th anniversary of the closing of the Panama-Pacific International Exposition. The best thing still left from that fair is the Palace of Fine Arts. To me, the next best thing is this 1912 Exposition City map that I first saw years ago in the Wells Fargo History Room on Montgomery Street of what the upcoming fair was going to look like. There are so many things NOT to see in this map; no Golden Gate or Bay Bridges, no Coit Tower or City Hall, and nothing but sand west of Twin Peaks where the Sunset District is today. If you click on this link below, it opens up to David Rumsey’s terrific version of this map that you can zoom in on for a great look at 1912 San Francisco. Alright, so they spelled Fisherman’s Wharf wrong, who’s gonna notice! 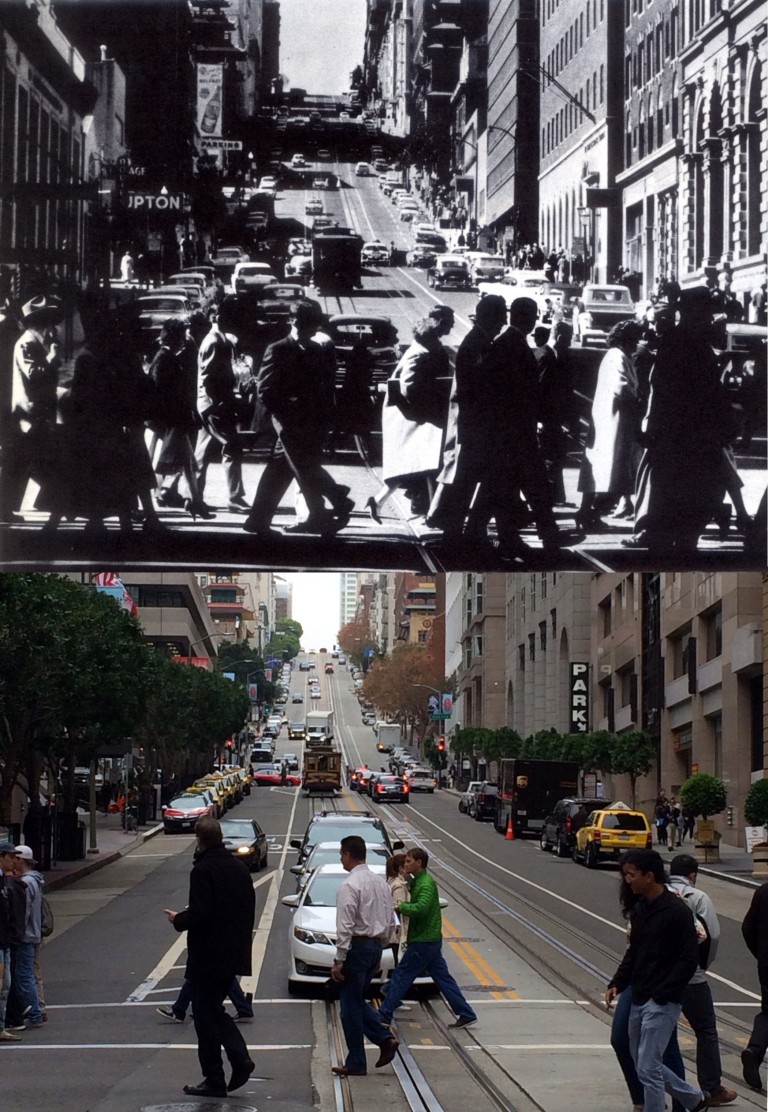 California at Montgomery in the 1950’s: I wonder if they still make Belfast Sparkling Water!

Union Square in 1948 from a Roger Sturtevant photo 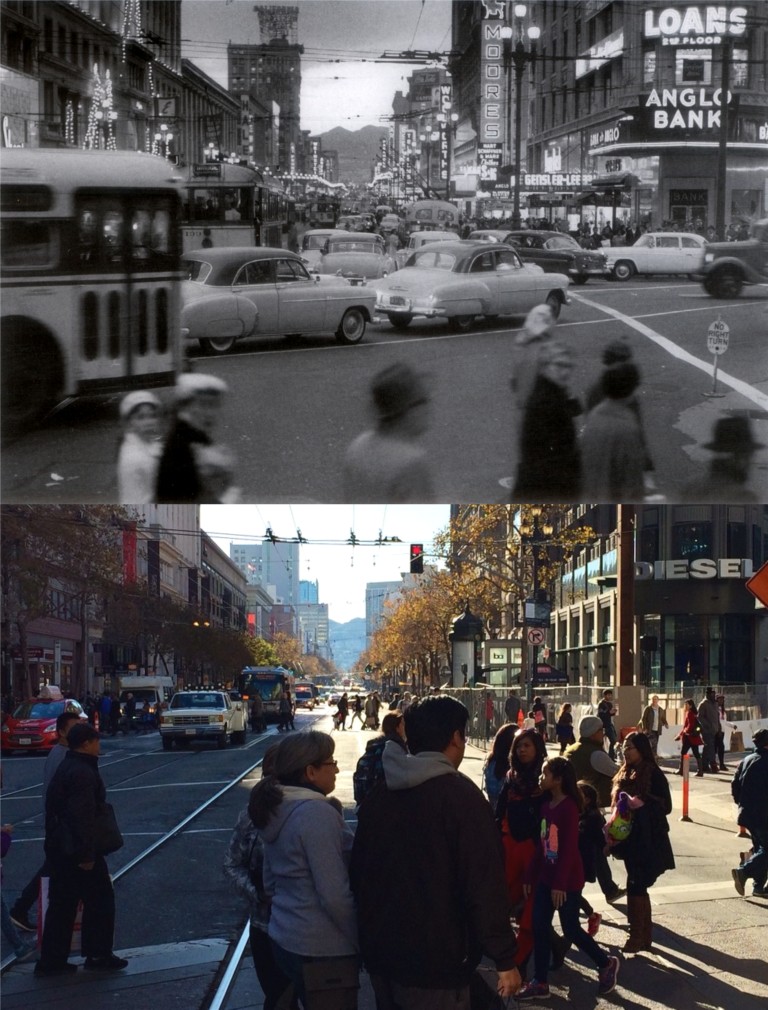 Market and Stockton Streets at Christmas time: Twin Peaks can be seen in the distance of both pictures. 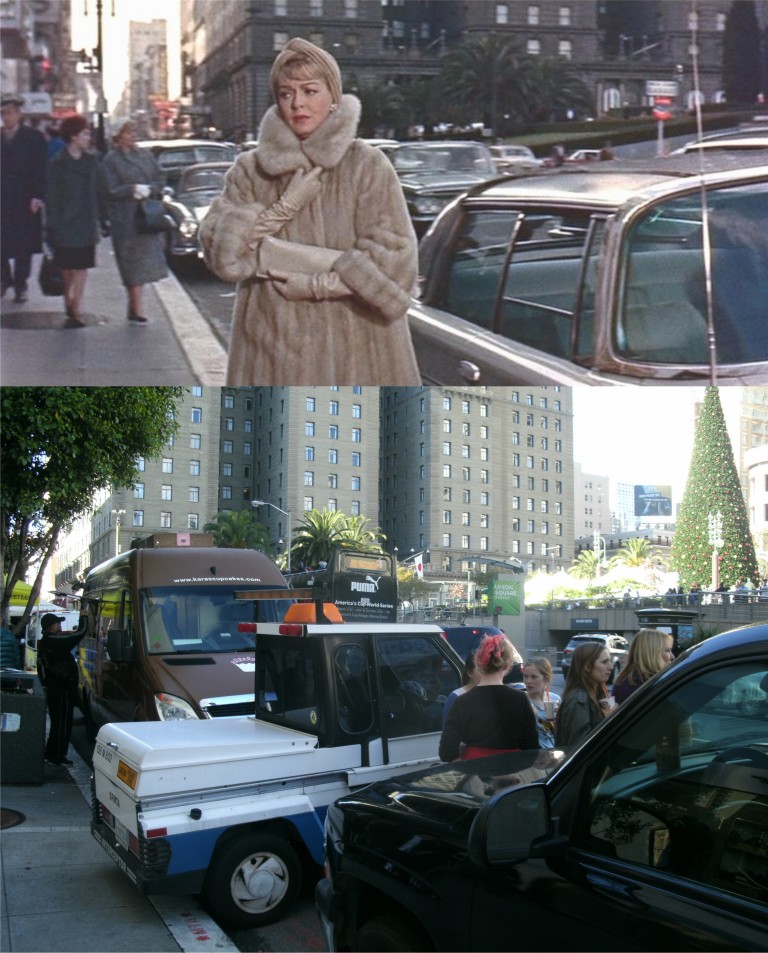 Lana Turner, seen here across from Union Square going into I Magnin’s in the 1960 film ‘Portrait in Black’, is plotting with Anthony Quinn to kill her husband at this point in the movie. She’d, probably, receive a longer jail term today for wearing that coat than she would for a murder conviction! Below, five Lana wannabes at the same spot today

A Victory Window during World War Two, and a Victory for the Macy’s PR Team window.

“Peanuts” for Christmas: Poor Charlie Brown, he’s going to have another sad holiday! Looks like he’s going to need all of the SSRI’s Lucy can prescribe.

1937 limos in this John Gutmann photo at the Mark Hopkins Hotel:

The original bimbos on Russian Hill in 1906:
“Hey girls, what do you think of San Francisco burning down?”
“Oh, isn’t it exciting!”

A scrap metal drive on Valley Street near Church Street in Noe Valley.

Another view of what was then the Telephone Exchange Building on Grant Avenue sandbagged to offer some protection against the threat of Japanese bombs, which never came, being dropped on San Francisco.

VJ Day and the end or World War Two at Grant Avenue and Market Street in August of 1945: