That’s a line from a song written by Don McLean of ‘American Pie’ fame called ‘And I Love You So’. The November shadows certainly did seem to follow me around on the little trek through Downtown San Francisco I took yesterday. The vintage pictures are from a blog succinctly called ‘San Francisco Pictures’. The blog has many terrific vintage pictures of San Francisco, but the site doesn’t identify who the collector is. 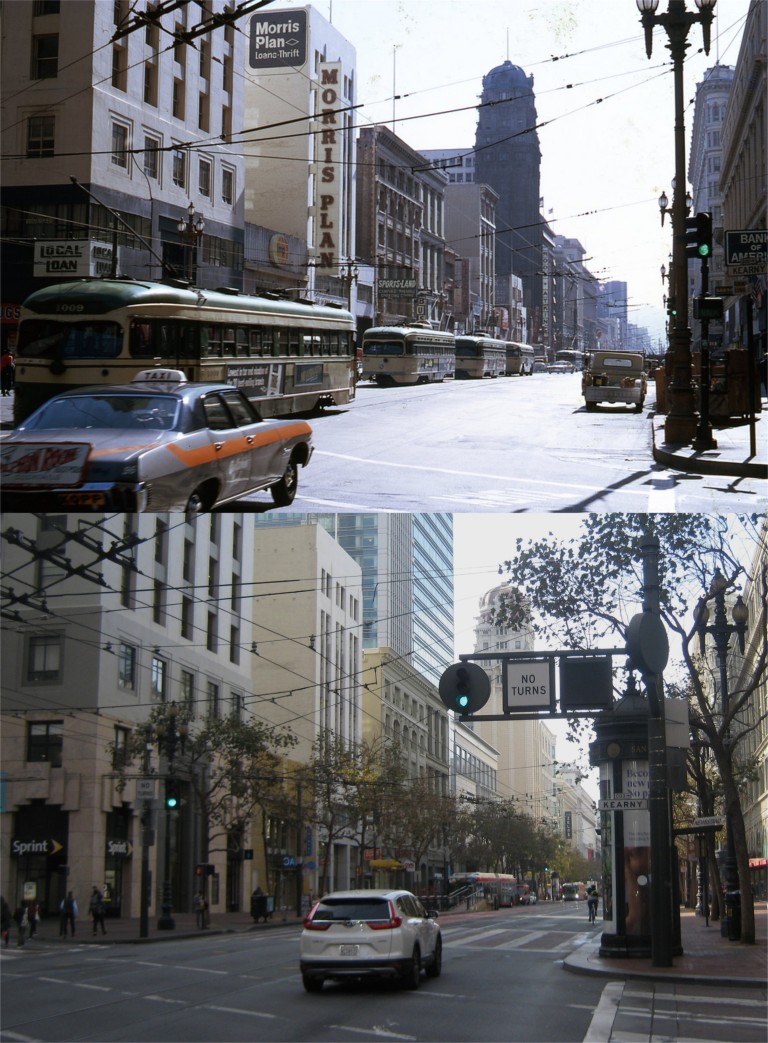 I headed west on Market Street on block to Grant Ave to get this comparison from 1970 looking up Market Street towards Stockton. “The woods are lovely, dark and deep. But I have promises to keep, and miles to go before I sleep.”

I doubled back to Kearny Street and walked two blocks to the corner of Kearny and Sutter Streets looking west along Sutter. The vintage picture is from 1958.

From Kearny I headed over to Powell and Bush Streets by way of the Stockton Tunnel steps. I passed Burritt Alley, where Miles Archer was “done in” by Brigid O’Shaughnessy, for another breakfast at Roxanne’s Café, and headed back down Bush Street to get my obligatory Chinatown picture. The vintage picture is at California Street and Grant Avenue in 1959. 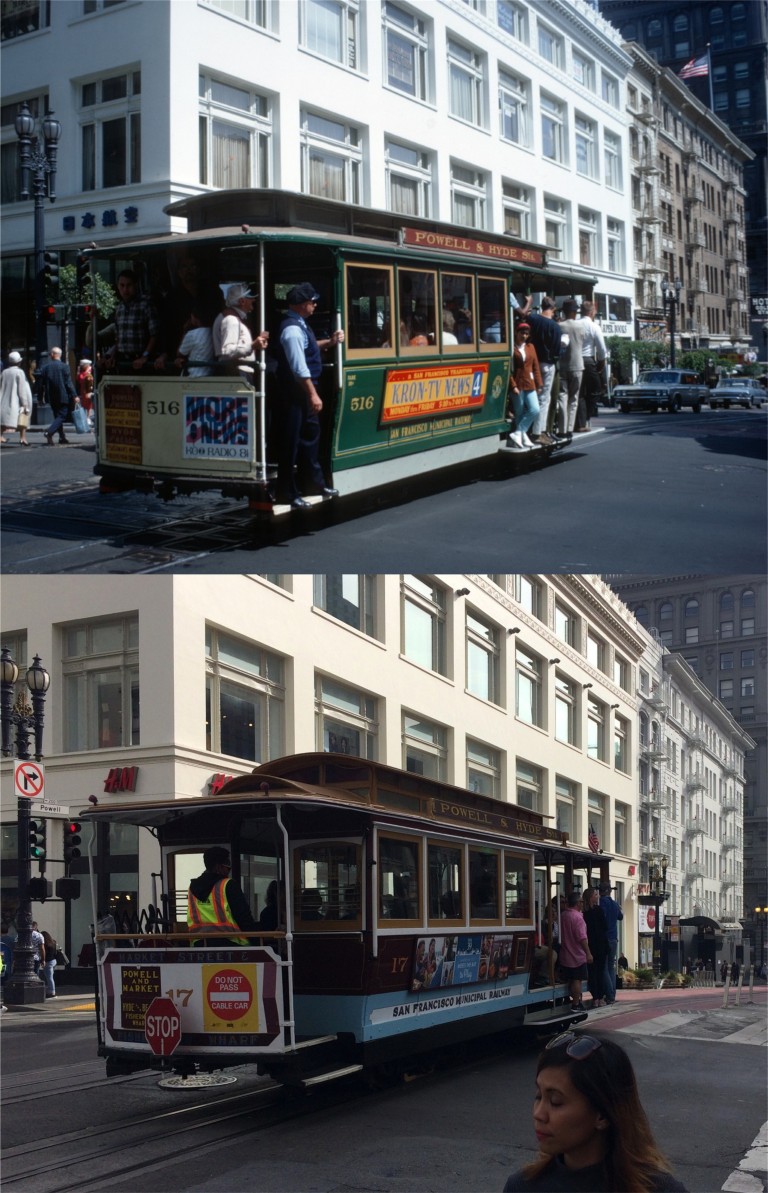 The shadows were still following me, so I snapped one more picture at O’Farrell and Powell Streets before heading back to the office. The vintage picture was taken in 1967. On the building just to the right of the front of the cable car in the 1967 photo, although difficult to read, is the entrance sign to Tad’s Steak House, another place on Powell Street I like to stop regularly for breakfast or burgers. After some 67 years at this location, Tad’s closed in October of this year and will be relocating around the corner on Ellis Street, although I’m not sure where or when. That left a cloud over me too.