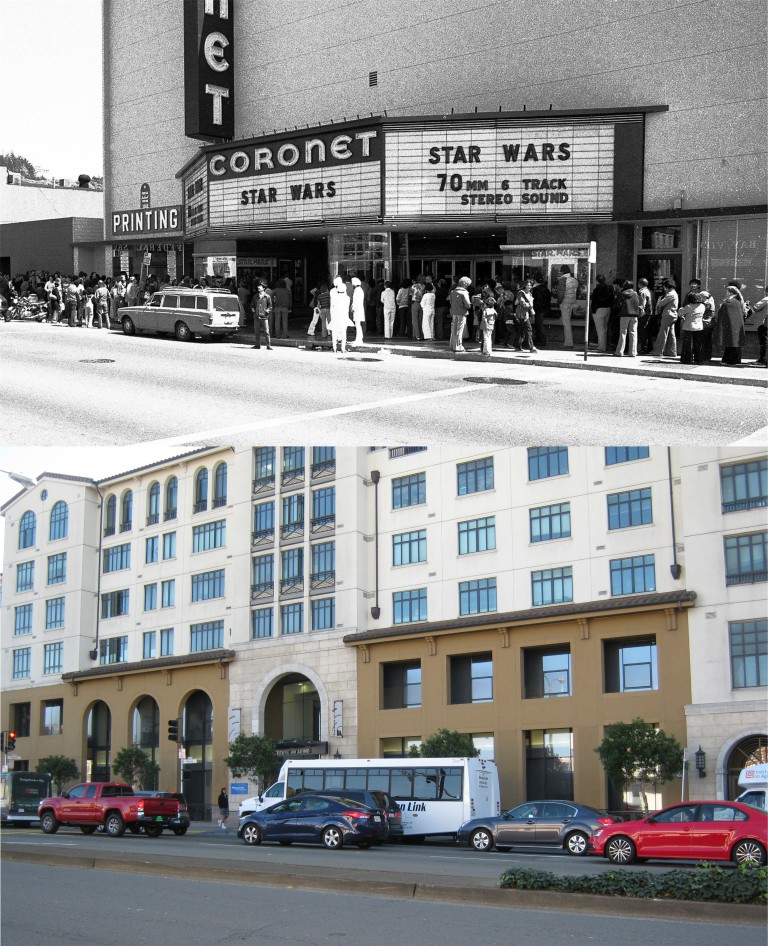 I may have been in that line! When Star Wars opened in 1977, the only place to see it was the Coronet Theater on Geary Blvd. and the line was blocks long! The trick was to find the nerdish looking guys who wouldn’t fight back, and cut in front of them. Alright, we did it, but we were pretty nerdy looking too so somebody probably did it to us right after! As if I didn’t feel old enough already, the Coronet Theater was demolished in 2007 and is now the Institute on Aging! 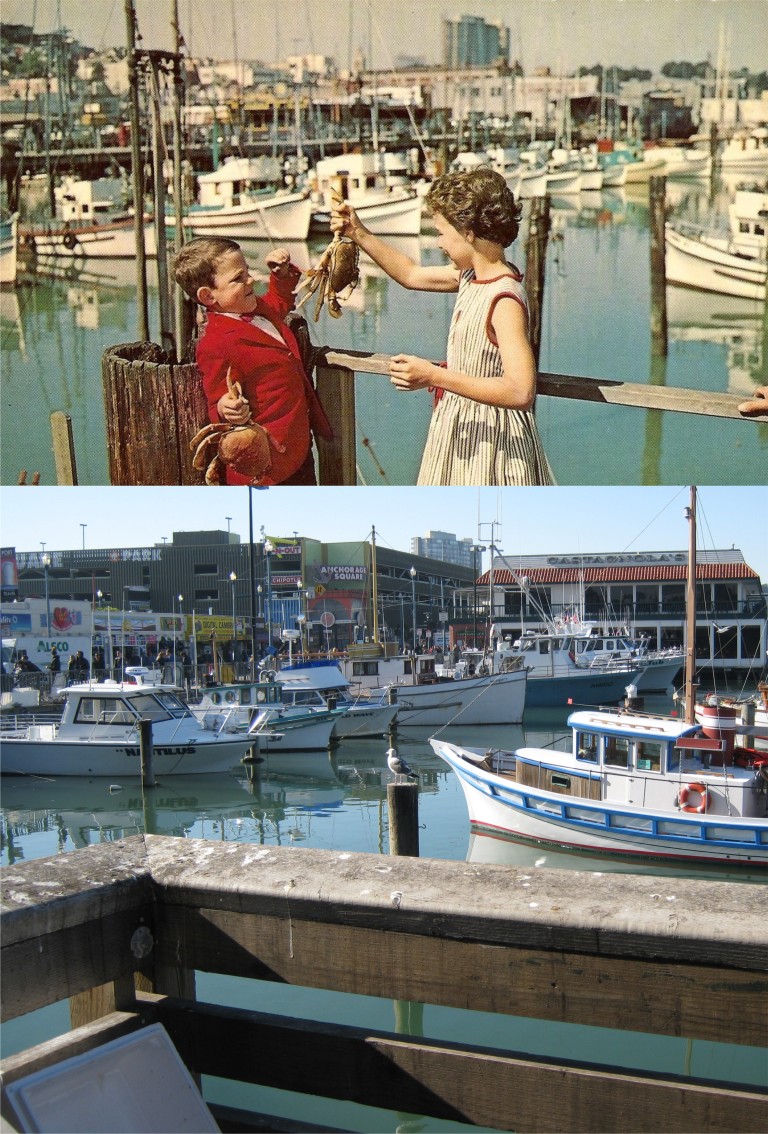 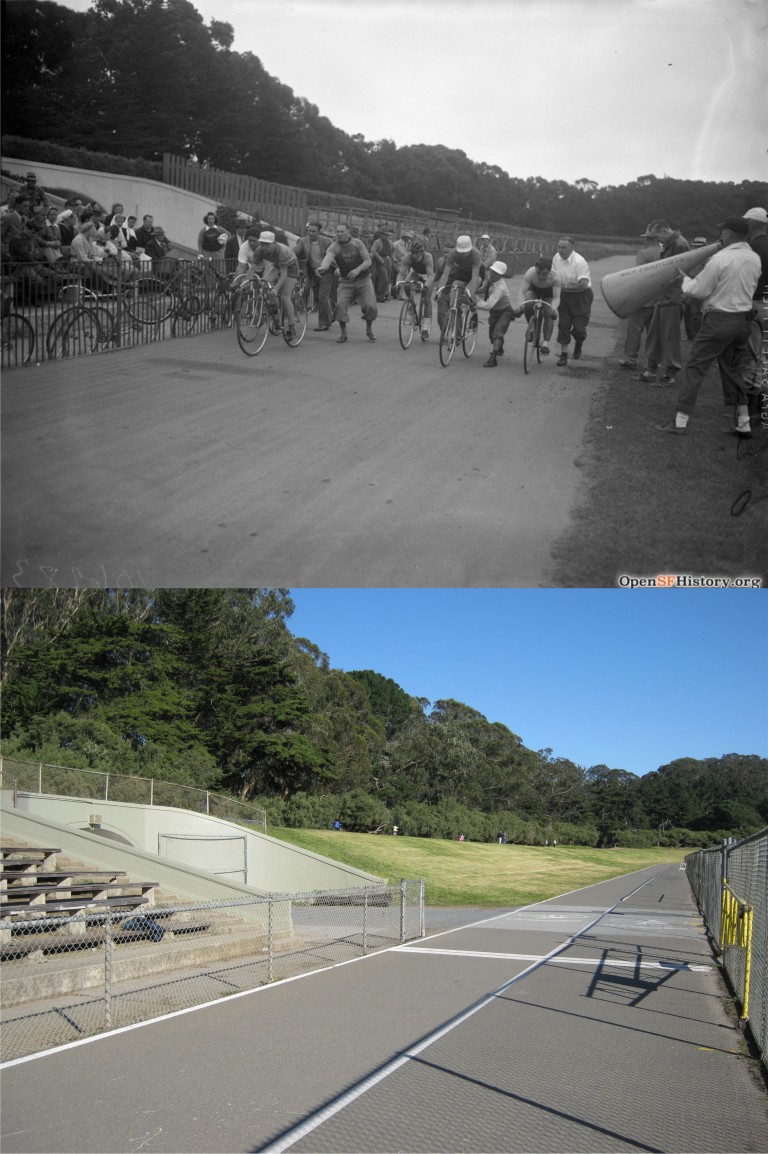 A bicycle race at the north end of the Polo Field at Golden Gate Park in 1945:
“Hey, what’s the matter with you guys? I said Ready! Set! Go! Didn’t you hear me?”
Actually, I don’t think they had any problem hearing him at all with that foghorn he’s got!

The south wing of the Ferry Building in the early 1940’s:

The Fairmont Hotel and part of the exclusive (like the sign on Dennis the Menace’s tree house “no gurls allowed”) Pacific-Union Club on Nob Hill: 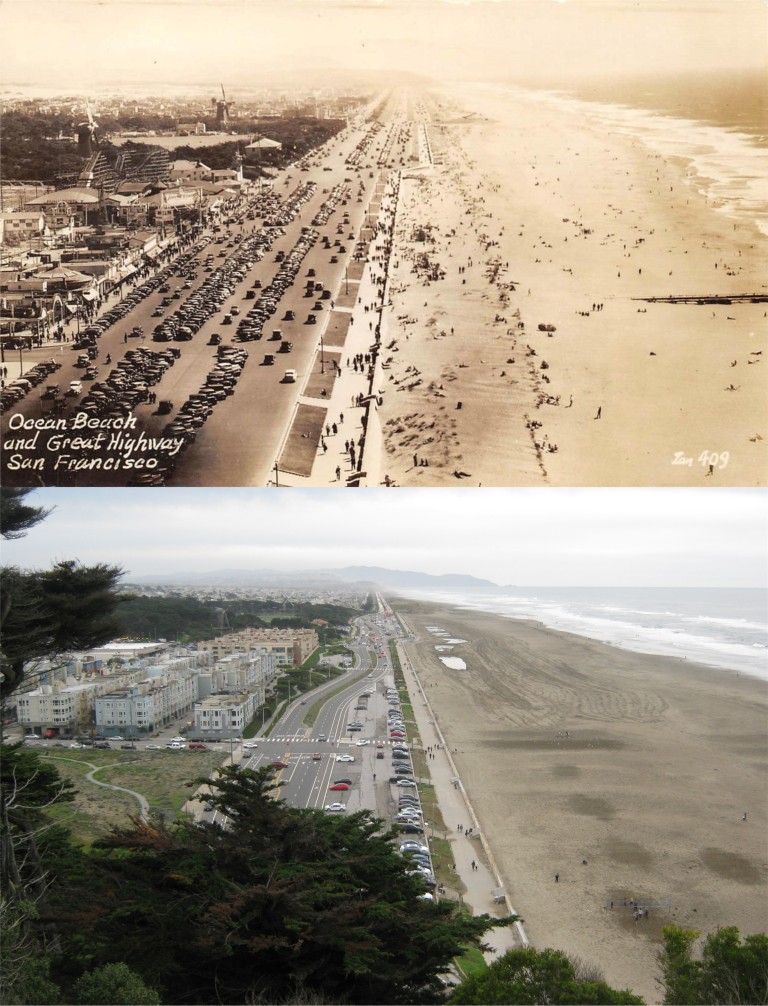 Ah, Playland-at-the-Beach! It always fascinates me that you can see the entire western side of San Francisco from Sutro Heights! 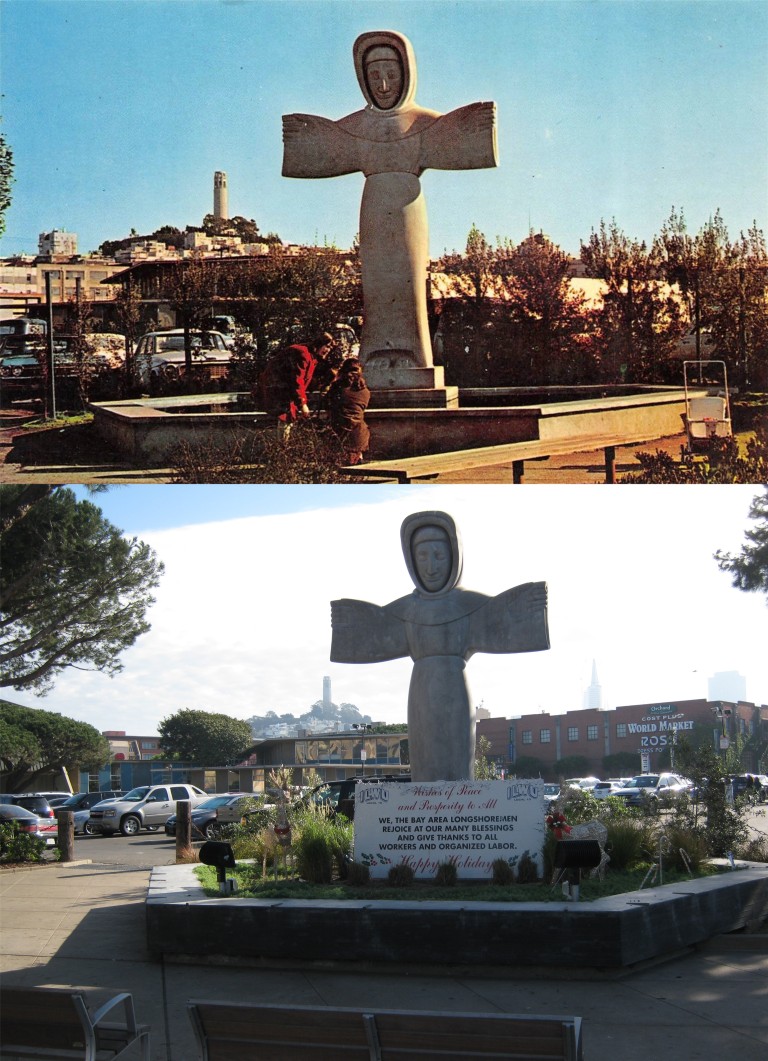 Benjamino Bufano’s statue of Saint Francis near Fisherman’s Wharf in the 1970’s: It’s probably my imagination, but that fellow on the left looks like Jesus!