As I’ve mentioned in the past, I’ve read that Fisherman’s Wharf is the second most popular tourist attraction in California after Disneyland. They’re both closed now because of the necessary shelter in place order, basically in place around the world, due to the COVID19 virus. Well, I can’t go to Disneyland yet, but I can go to Fisherman’s Wharf. It’s lonely, sad, and depressing at times when I look back at the crowds that could often be annoying, (always excluding myself from being part of the annoying crowd, naturally) but it will be thriving again by summer, as our hopes and prayers wish and ask for. These are updates of updates I did of vintage pictures when Fisherman’s Wharf was the noisy and lively way it will be again soon, and this time we won’t mind all of the people so much, for awhile. 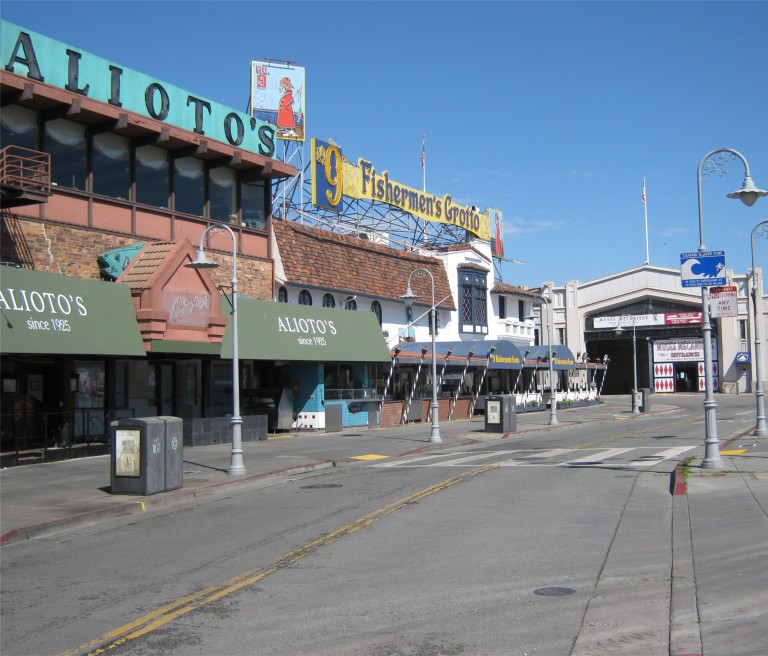 Looking down the end of Taylor Street toward Pier 45 in 1975: (Peter Stratmoen) 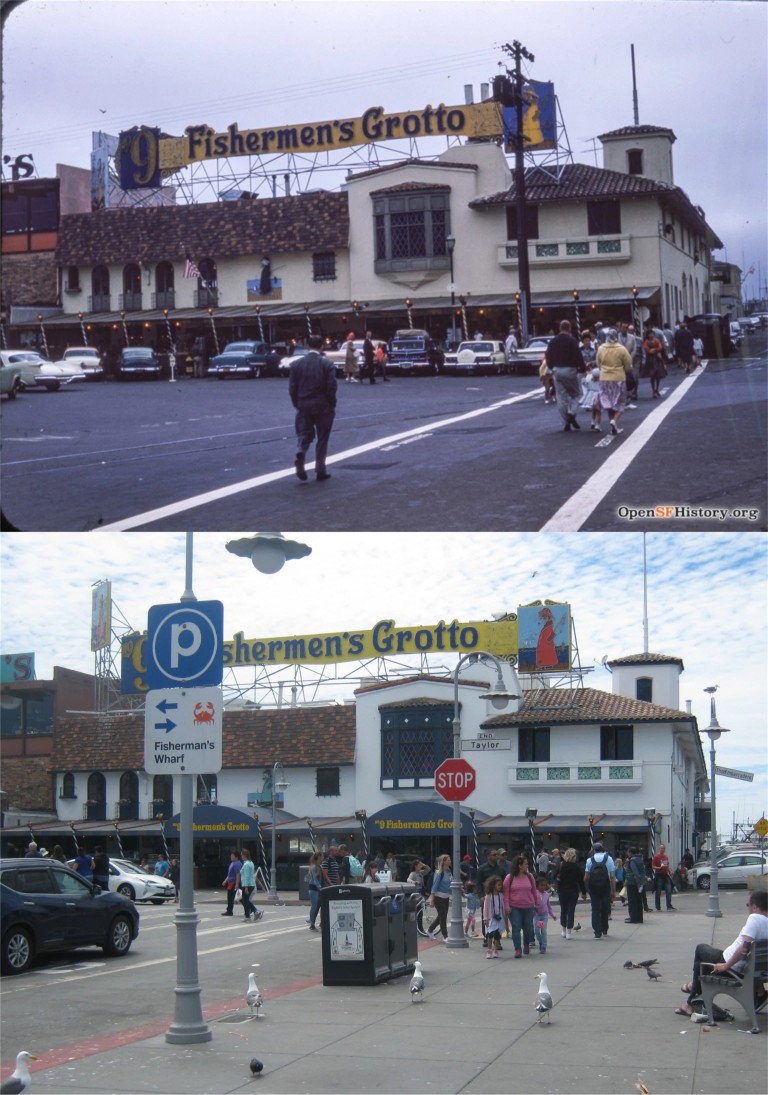 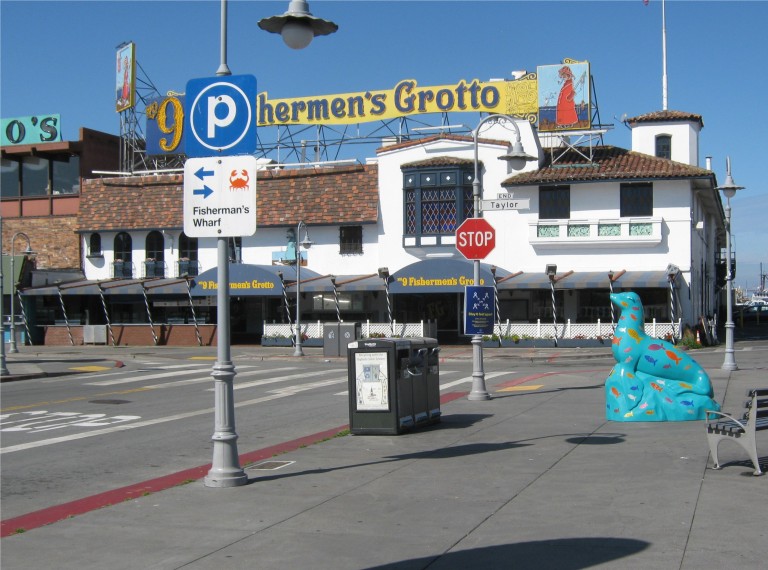 Looking toward the #9 Fishermen’s Grotto Restaurant in 1960: (opensfhistory.org)

Tourists viewing Alcatraz Island through telescopes near Pier 43 ½ in the 1970s:

Looking east from the northwest corner of Jefferson and Taylor Streets in the 1930s: The gas station across Taylor Street that was still there until the 1970s was originally designed to look like a ship. (National Maritime Museum at San Francisco) 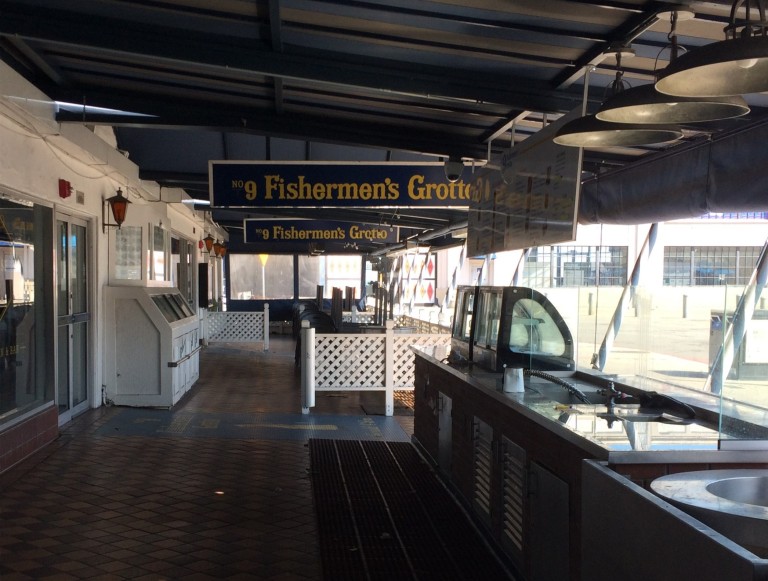 WACs and soldiers working up an appetite in front of #9 Fishermen’s Grotto, looks like during the 1950s:

Lee Remick crosses Jefferson Street at Taylor to a taxicab that will take her to Candlestick Park for the denouement of the 1962 film ‘Experiment in Terror’.

Looking toward Ghirardelli Square from Hyde and Jefferson Streets in 1975 in a Peter Stratmoen photo: Hey, they’ve removed all of the trees that were in the updated picture I did in 2016.

Looking south along Taylor Street across Jefferson in the 1950s; The Wharf was still packed when I did my first update in December of 2018.

3 thoughts on “Fisherman’s Wharf, then and now, and NOW”