This set is a collection of various labor and other organizational efforts around San Francisco posted for the holiday weekend.

We’ll start with an old 1906 postcard showing a Labor Day parade on Market Street. Although it’s dated 1906, if Labor Day was observed in September back then, the parade must have been in 1905, as most of this area was destroyed by the 1906 Earthquake and Fire in April of that year. The Emporium Building on the right in the old photo was gutted by the fire and rebuilt. The Call Building in the background of the postcard survived the earthquake and was remodeled in the 1940’s. It’s behind the domed Humboldt Building that’s above the girl in the white hat. The Humboldt Building was built in 1908. (picryl.com) 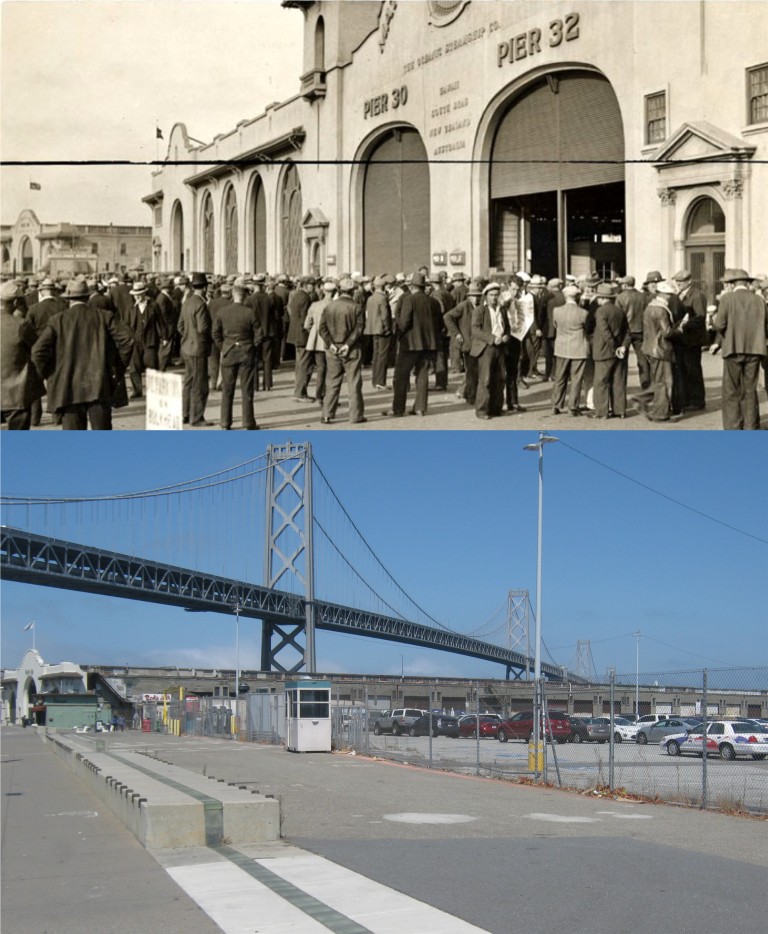 A stevedore strike in 1933 in front of Piers 30 and 32 on the Embarcadero south of the Bay Bridge: Piers 30 and 32 have been demolished now, but you can still see Pier 28 in the far background on the left in the vintage photo and in my picture. (FoundSF / San Francisco History Center)

California Street at Van Ness, looking west in 1957: Wow, construction work on Van Ness! How novel is that today? Just kidding; I’m sure that their doing the best they can. This was another one where I could have got a better comparison with a long-focus lens, but that wouldn’t fit in my pocket as well as my digital day-tripper does. (SFMTA)

A detour at Market and 5th Streets in 1968: The detour was caused by the construction of BART under Market Street. (SFMTA)

Dock workers relaxing near Pier 24 in the 1940s in a comparison picture I did a few years ago: Pier 24, demolished now, used to run right out to the Bay Bridge tower.

16th and Illinois Streets looking east in 1925: The vintage picture was taken from the top of the 3rd Street viaduct that carried streetcars past here back then. “Via duck? Vi not a chicken?” You’d have to be a Marx Brothers fan to remember that one. That’s the Chase Center on the left, the new home of the Golden State Warriors, that the workers are finishing up on. Chase Center, where the LOOP sign was in the vintage picture, is scheduled to open September 6th this month. (opensfhistory.org)

3rd at 16th Streets on the streetcar viaduct, just west of where Chase Center is now, looking north in 1942: What a change! (opensfhistory.org) 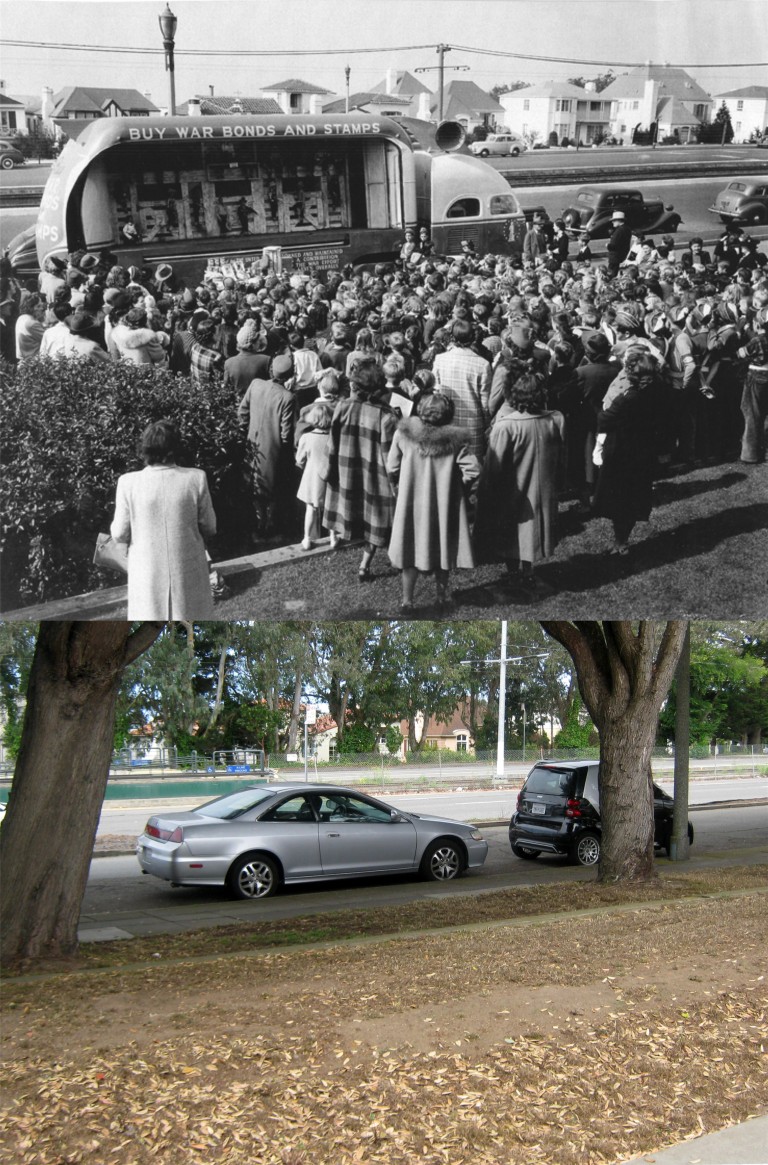 A war bonds drive in front of Commodore Sloat Elementary School at Junipero Serra Blvd. and Ocean Ave. during World War Two: “We’re all in this together.” Sometimes, that applies to nowadays, as well; I hope! You can see some of the houses in the vintage picture across Junipero Serra Blvd. behind the eucalyptus trees in my picture. (commodoresloat.com)

A closer look at some of the houses across Junipero Serra Blvd. seen in the previous vintage picture: These are what a lot of people go to work for. It would be nice to buy one for what they would have cost in the old photo.