I don’t always stay in San Francisco from morning until night, but I did get a full day in with this set, morning, afternoon, and evening. I just didn’t do it all on the same day. 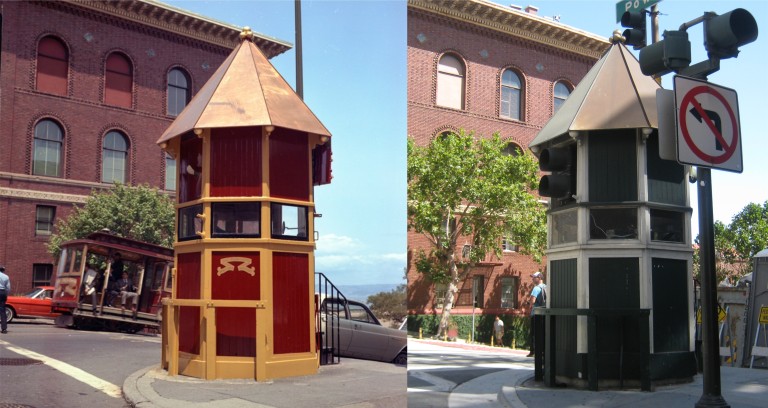 The cable car signal box on the southeast corner of California and Powell Streets in 1967: At first I thought, “They’ll take a picture of anything in San Francisco.” but then I thought, “Well, I’m taking a picture of it too!” (SFMTA) 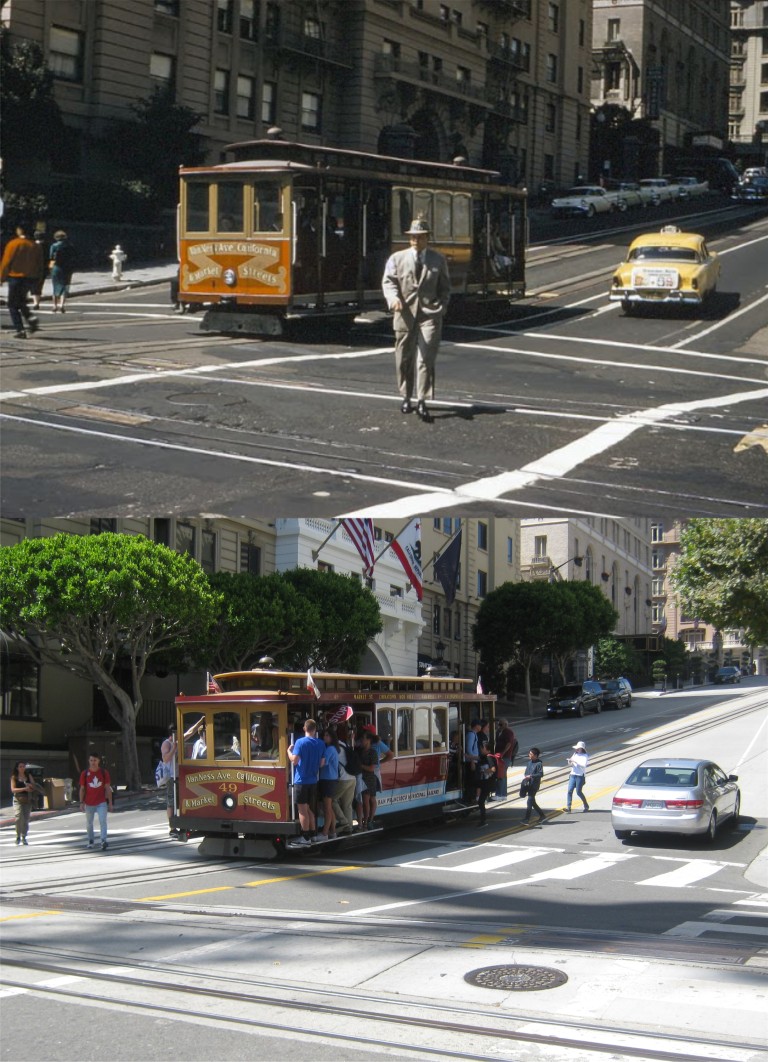 Still plenty of sunshine at 11ish AM to get a nice comparison with this 1950s photo before the shadows creep into the intersection of California and Powell Streets. (Vintage Everyday) 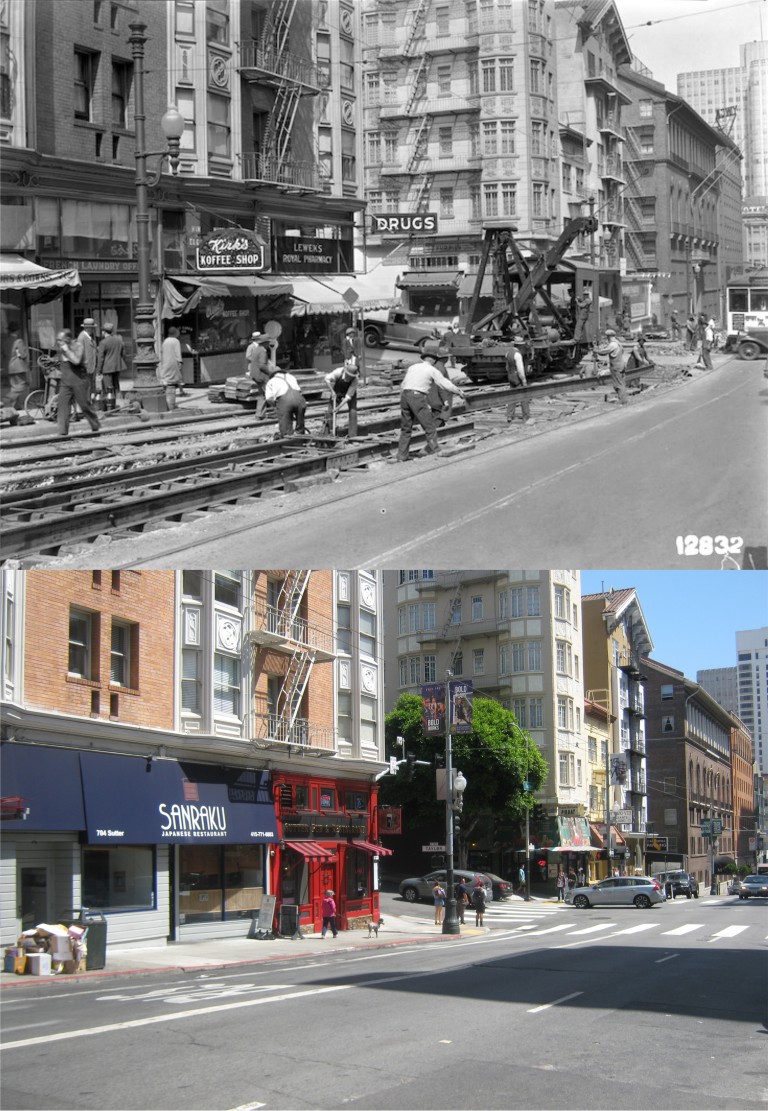 Long gone streetcar tracks being laid down on Sutter Street near Taylor in 1931: (SFMTA) 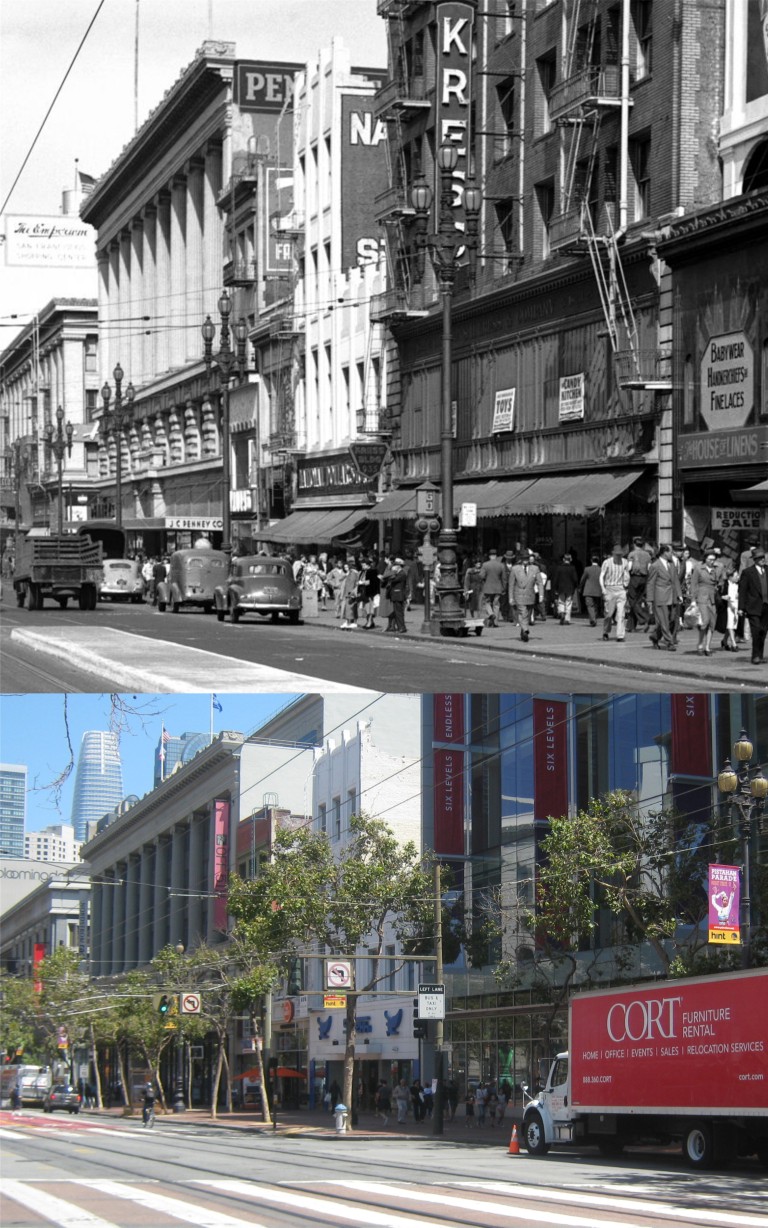 After breakfast at Tad’s Steak House on Powell, I caught the end of the morning around noon for this 1949 update at Market Street near 5th. (SFMTA)

This afternoon I started out by heading down Fremont Street toward the new Transbay Transit Terminal: The top photo shows the old Transbay Terminal from here in 1963 in the background. (opensfhistory.org)

Construction work nearing completion on the old Transbay Terminal in 1938: As I mentioned last August, I think the new one is a beautiful transportation terminal, and it’s great to hear the noise buses make indoors when they pass by. It reminds me so much of the old terminal building. (opensfhistory.org)

Grant Avenue and California Street in 1961: I got a decent lineup, but I needed a long-focus lens to make this one worthwhile.(SFMTA)

Looking down California Street from Stockton Street in the 1950s: (Vintage Everyday)

Looking back up California Street toward where the previous pictures were taken in the 1950s: There’s something about this vintage photo that makes it my favorite in the set. (Vintage Everyday) 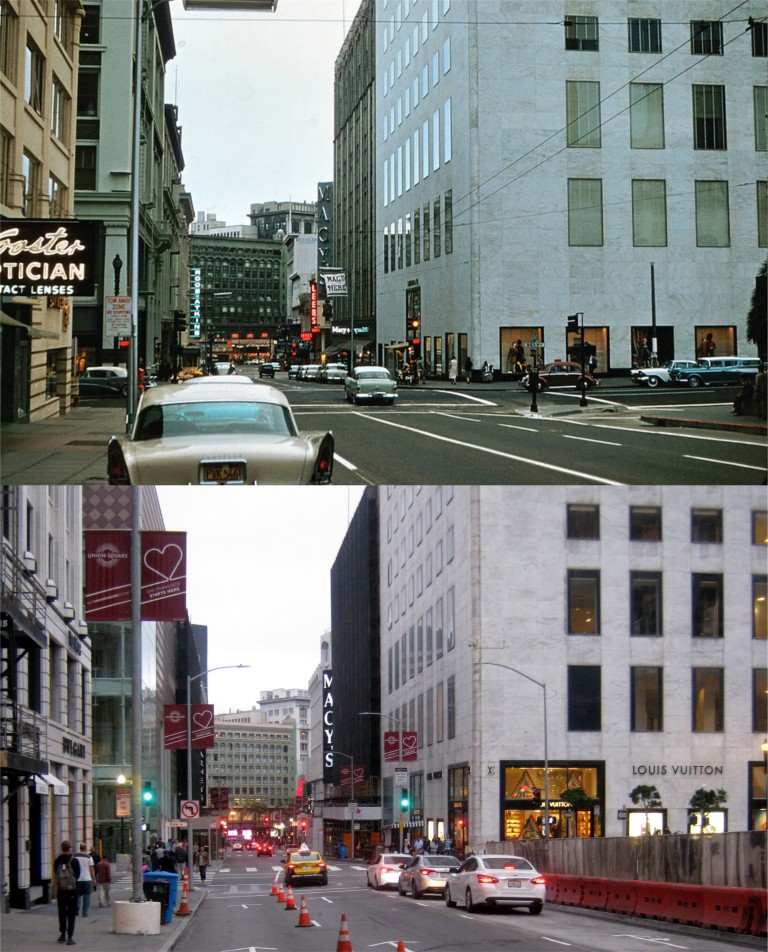 Looking down Stockton Street near Maiden Lane toward Geary Blvd. and the old I Magnin & Company Department store in the 1950s: The building on the left with the diamonds on it in my picture is the Neiman Marcus Department Store that replaced the beloved City of Paris, seen in the old photo. (blogspot.com)

Approaching Chinatown at Grant Avenue and Bush Street in the 1950s: The lights are starting to come on in the City in both pictures. (Vintage Everyday) 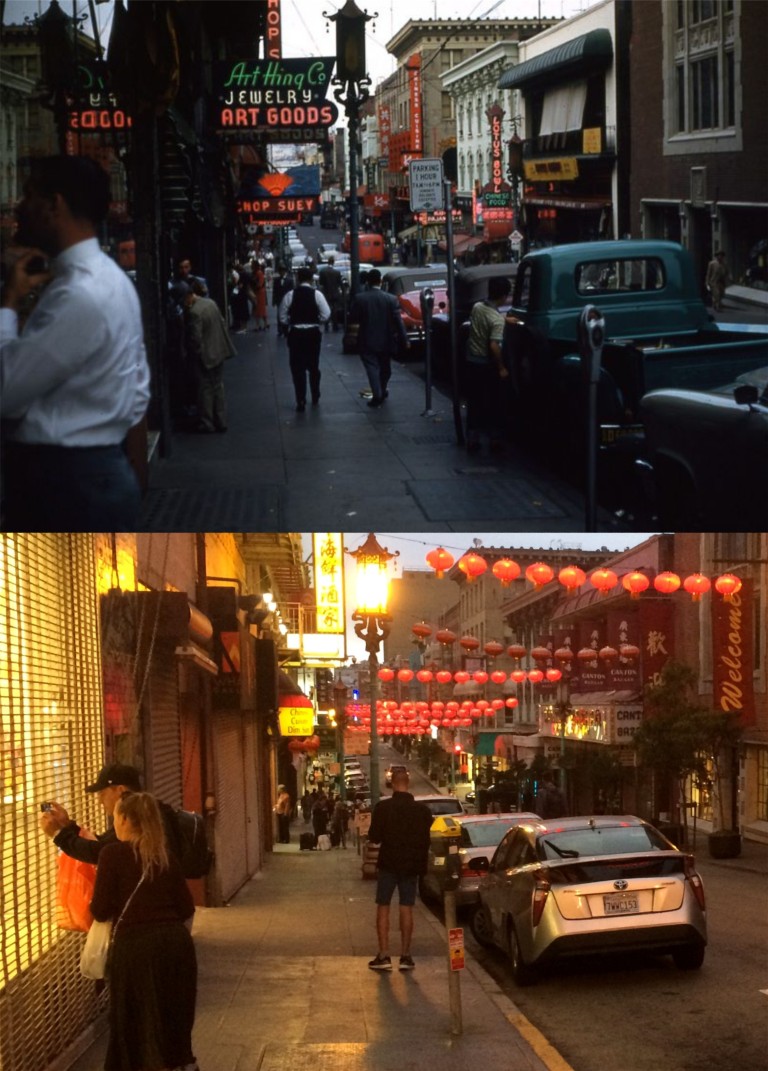 Grant Avenue between California and Sacramento Streets as evening approaches in the 1950s: 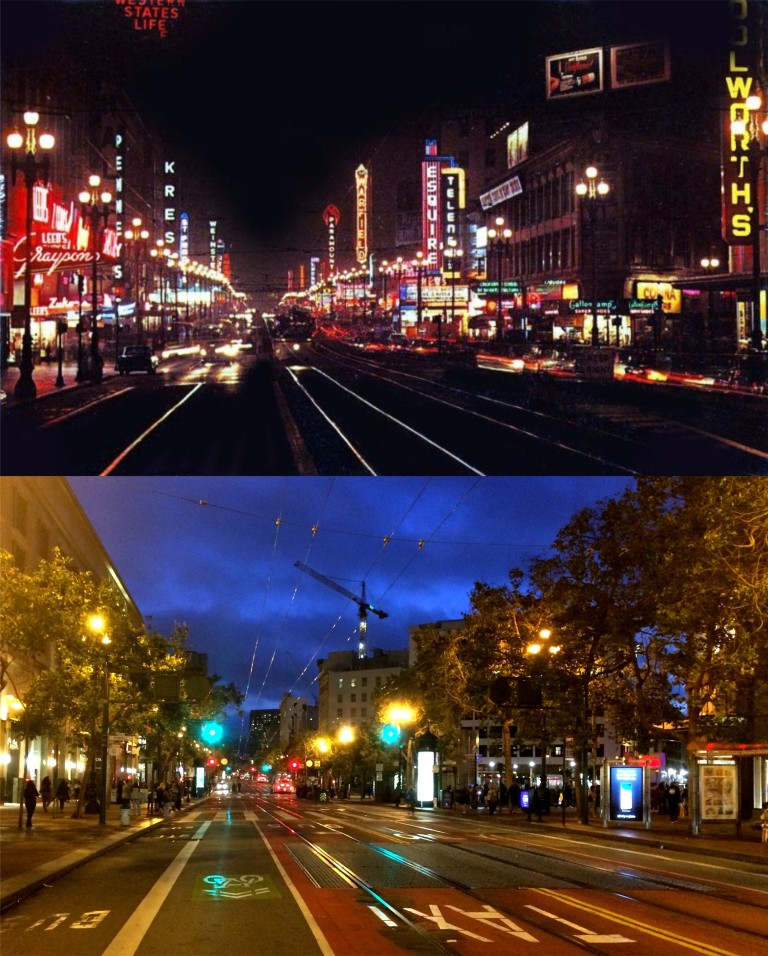 The end of a perfect day(s). Market Street at Powell in the 1950s; San Francisco’s “Great White Way”: Look at all the movie palaces that were gone by the 1980’s; the Telenews, the Esquire, the Paramount, the Fox Warfield. Over on the left near where the Powell street sign is in my picture was where the elegant Grayson’s was. The Nordstrom Department Store is here now. On the right was where the flagship Woolworth’s San Francisco store was located in the old Flood Building from the 1950’s to the 1980’s.