You’d think from these accidents that cable car riding is as dangerous as tiger hunting, but cable car accidents almost never happen anymore. And in even the ones involved in the vintage pictures, few people were seriously hurt. Although, a girl involved in a 1964 cable car accident claimed that it turned her into a nymphomaniac! It probably depends on your point of view on just how tragic that was. These terrific SF Chronicle vintage pictures are from sfgate.com. 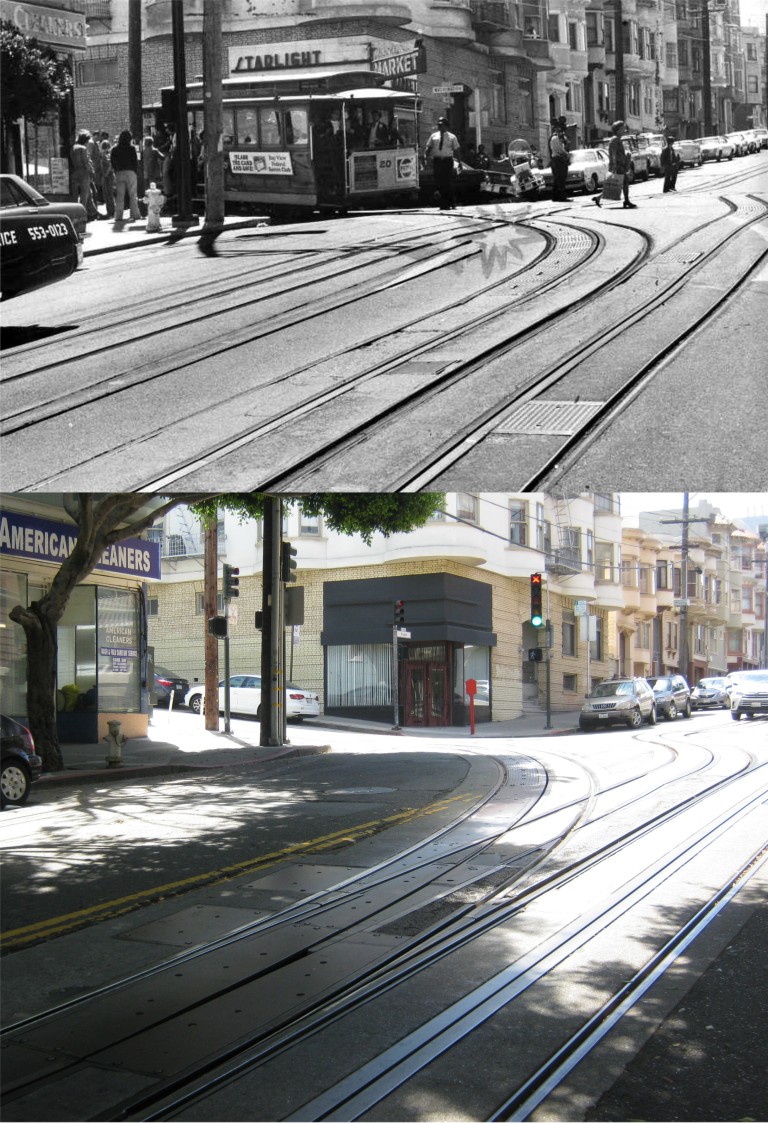 Hyde and Washington Streets in August of 1974: A cable car derails after colliding with a pickup truck.

Powell and Jackson Streets in September of 1955:

Washington Street just up from Taylor Street in January of 1958: A cable car heading down hill hit the cement truck here, derailed, and slid twenty feet down the hill. 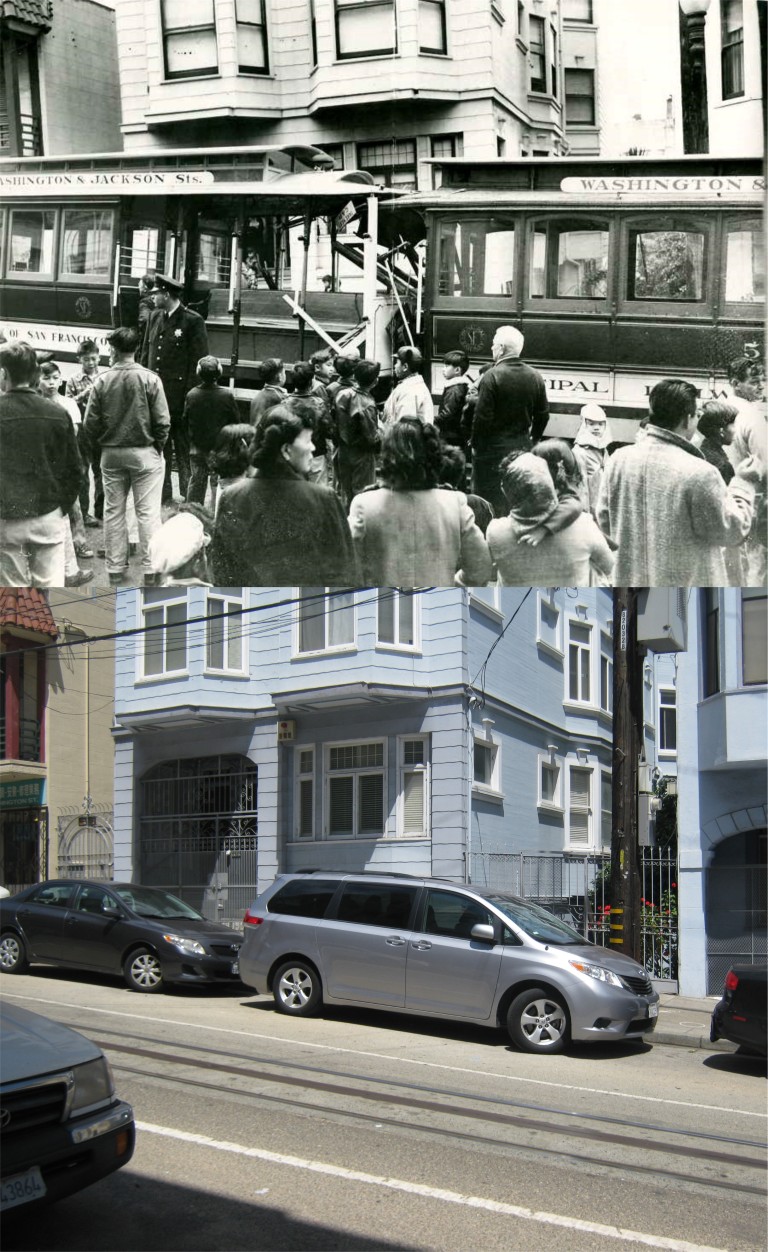 “I think we cut it too close! I’ll leave a note on their car.”

Powell Street at Pine looking north in the 1950s

“Hey, guys! Did that cable car just hit our truck and take off? Where does he think he’s going?”

Powell Street at Sutter, September of 1957: It must have been Ralph Kramden driving that bus! 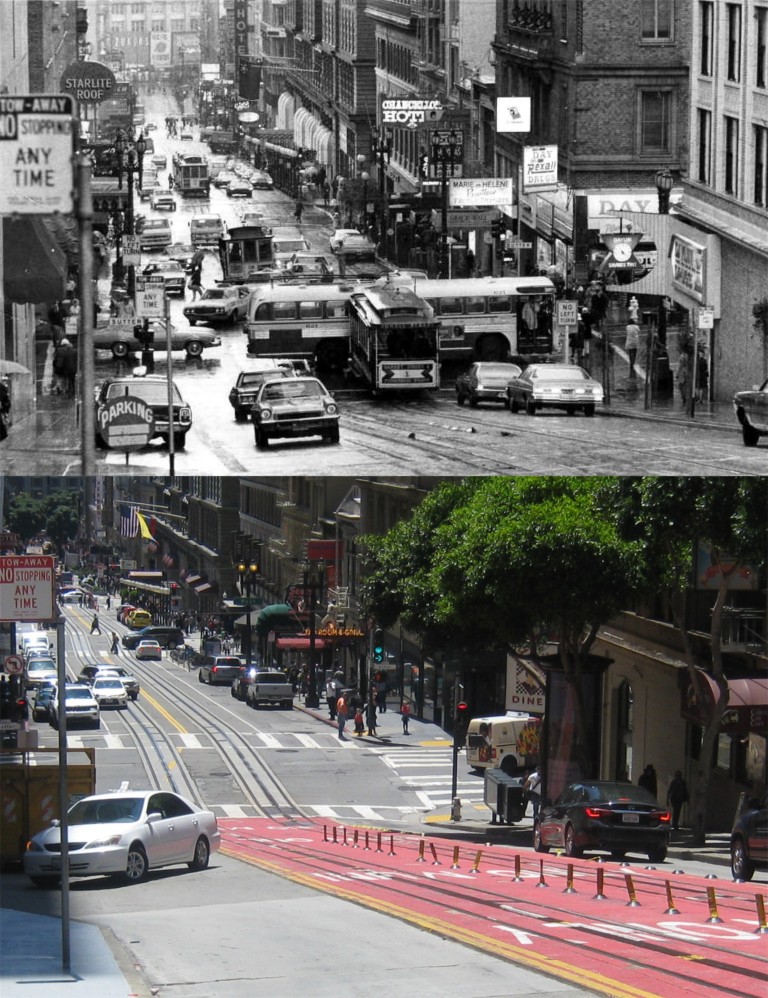 Powell Street north of Sutter in February of 1974: When cable cars try to sneak in the back door of the bus:

One thought on “Don’t worry; they’re safe (Part one)”