These are some vintage pictures of people and places characteristic of San Francisco and its culture.

Looking down California Street toward Dupont Street, now called Grant Avenue, from Stockton Street in 1863. San Francisco is proud of its tough and not always refined past and this location typifies much of the legend. Dupont Street, in the heart of Chinatown, was a dangerous place in 1863, complete with opium dens, slave prostitution, regular shanghaiing, and murders. In 1856, San Francisco dared to build a church in the middle of this godless area, Old St. Mary’s on the left, and it’s still there; you can see it peeking out on the left in my picture. In the far back are some of the three mast ships on East Street, now called the Embarcadero, that many drugged sailors woke up in when they were out to sea after being shanghaied. (lostnewengland.com)

And what says San Francisco more than the clang of a cable car bell? Passengers are no longer allowed to climb on the cable cars while they’re being turned around like here at Market and Powell Streets in the 1950s. We used to do that too when I was a teenager. It’s not a bad regulation; there’s too many people getting on them nowadays, and someone would get hurt. (ebay.com)

The ever changing, never changing Market Street, where a green and yellow streetcar rolls past the old Emporium Department Store in 1971, and nowadays: (hiveminer.com) 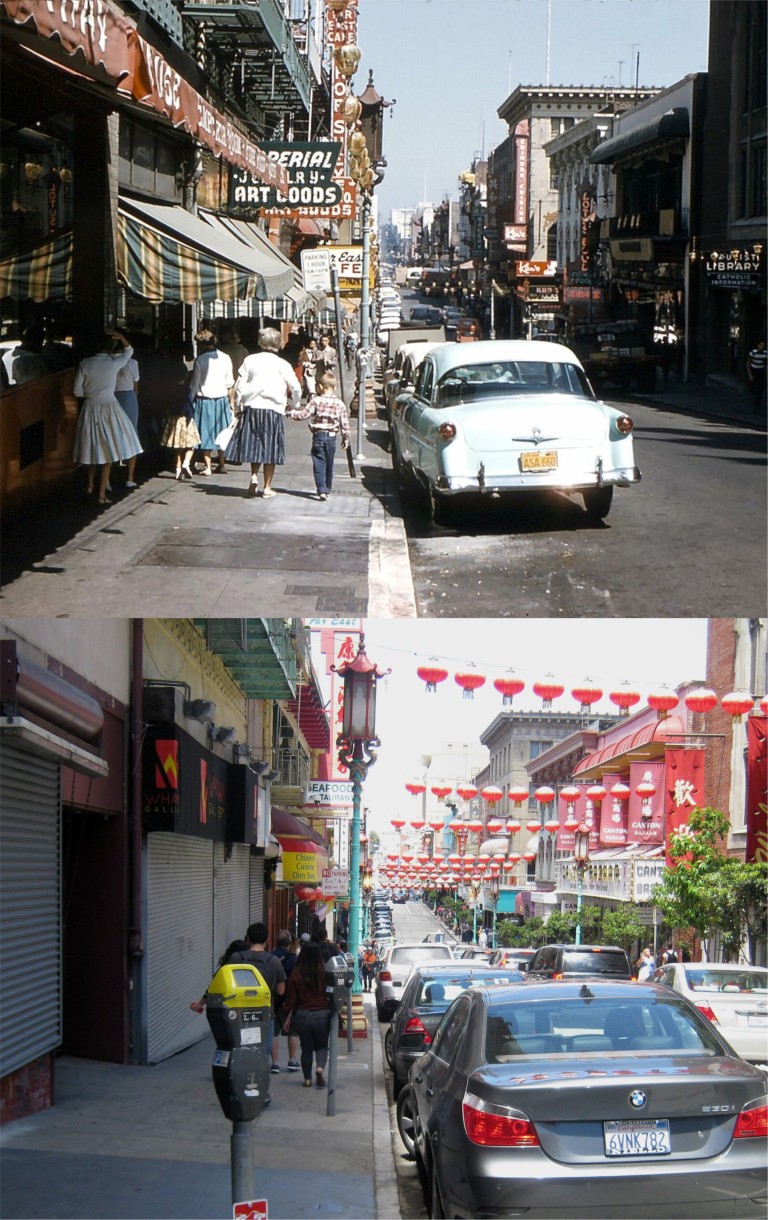 Chinatown in the 1950s: The most densely populate area in San Francisco and one of the most flavorful, it remains a must see place that visitors simply do not miss when they come to San Francisco. (ebay.com) 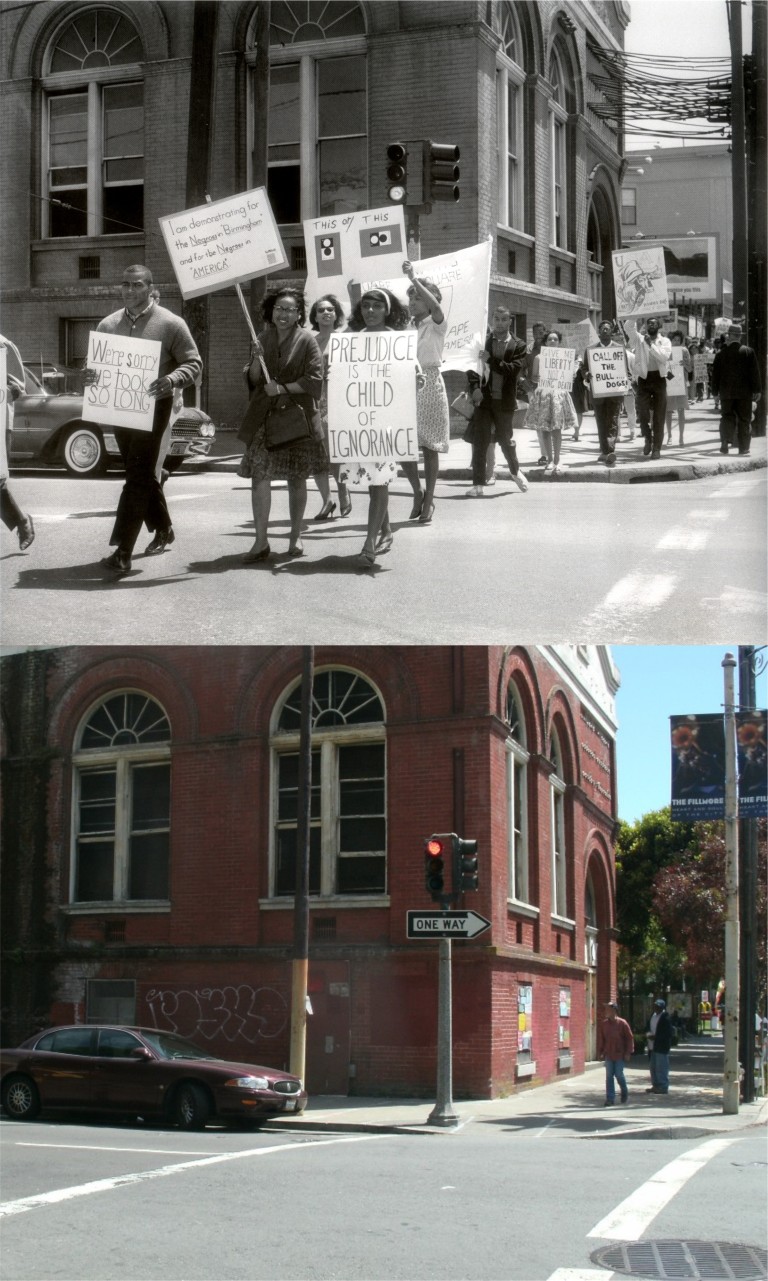 If San Francisco citizens are anything, they’re outspoken. Regular rallies for a cause date back to before the Civil War. Here, at Turk and Fillmore Streets, was a civil rights march for African Americans in 1963.

A little bit of the Mediterranean at the Fisherman’s Wharf Boat Lagoon in the 1950s. There were a lot of boats out of the lagoon catching seafood today, but even when they’re all tucked in there isn’t nearly as many as in the vintage shot. Although Italian signs abound in Fisherman’s Wharf, The Italian and Sicilian presence is no longer prominent here. Those are the masts of the sailing ship Balclutha in the background. (ebay.com) 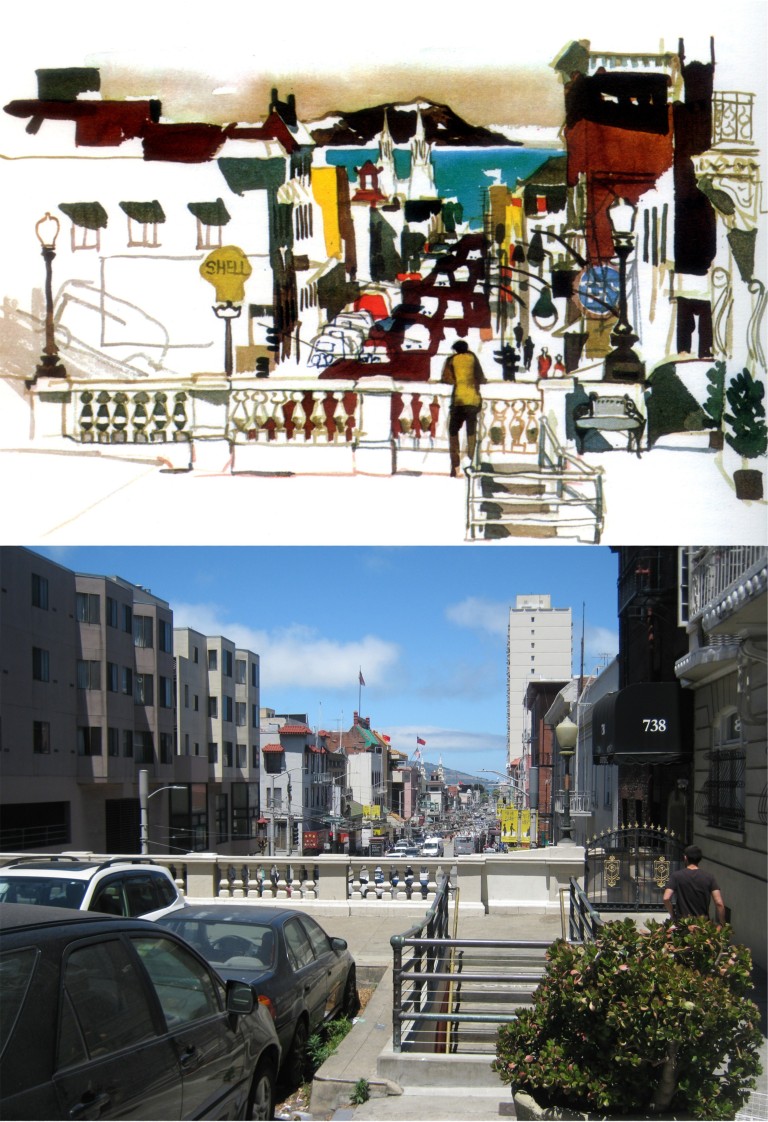 Artists have a special way of looking at San Francisco. This is on top of the Stockton Tunnel looking north along Stockton Street in Chinatown in a Dong Kingman painting from 1967. 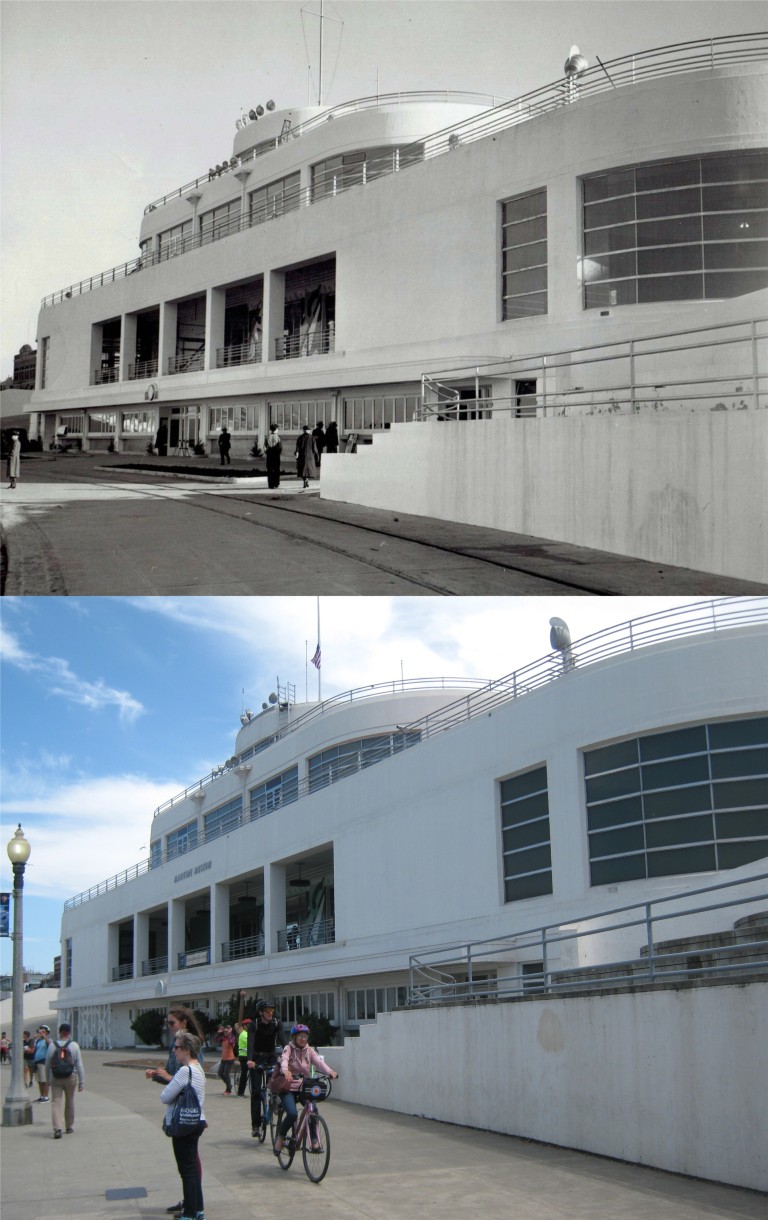 Reminders of San Francisco’s connection with the sea can be found everywhere throughout the city. Here is the Maritime Museum Building, designed to look like an ocean liner, in 1939, the year that building opened. (SF Chronicle)