I’m getting tired of telling clients why The Tax Cuts and Jobs Act didn’t bring them good news on their 2018 tax returns, so I spent the afternoon yesterday not looking at any tax returns at all. Thanks to my assistant, Kendrick, who taught me how to use the Photoshop program, I had a chance to have some fun photoshopping movie location pictures I’ve posted in the past. 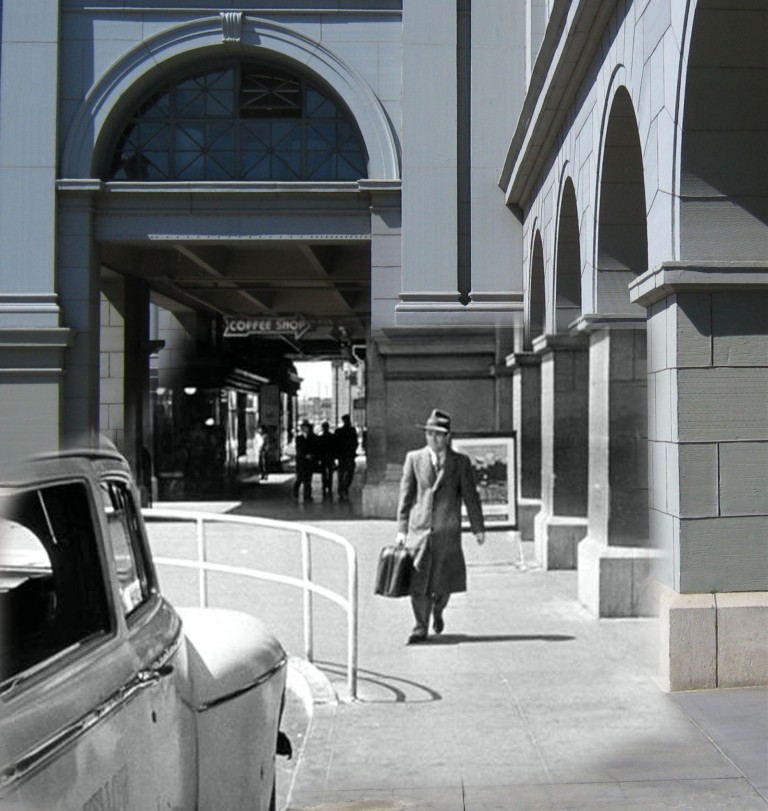 Elisha Cook Jr., “Wilmer” in ‘The Maltese Falcon’, arrives at the Ferry Building on a mission to kill in the 1947 film ‘Born to Kill’.

Ray Harryhaussen’s giant octopus devours the Ferry Building in the 1955 science fiction film ‘It Came From Beneath the Sea’.

Walter Matthau and Bruce Dern approaching the intersection of Broadway and Kearny Street in the 1974 movie ‘The Laughing Policeman’. 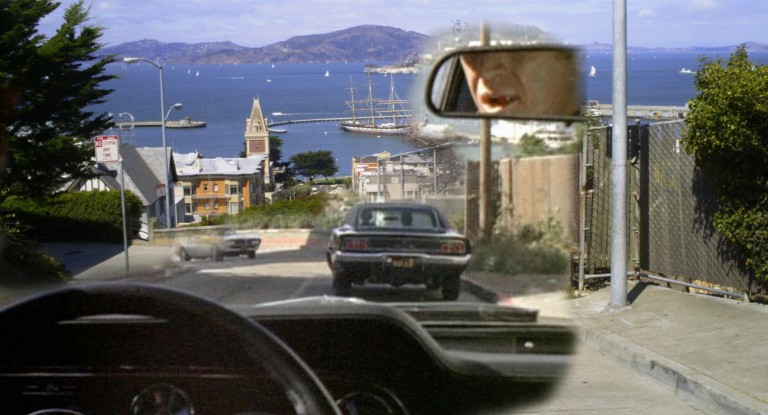 Steve McQueen chasing the hit men in the black Dodge Charger down the north side of Larkin Street on Russian Hill in the 1968 film ‘Bullitt’. That’s McQueen’s reflection in the rear view mirror. 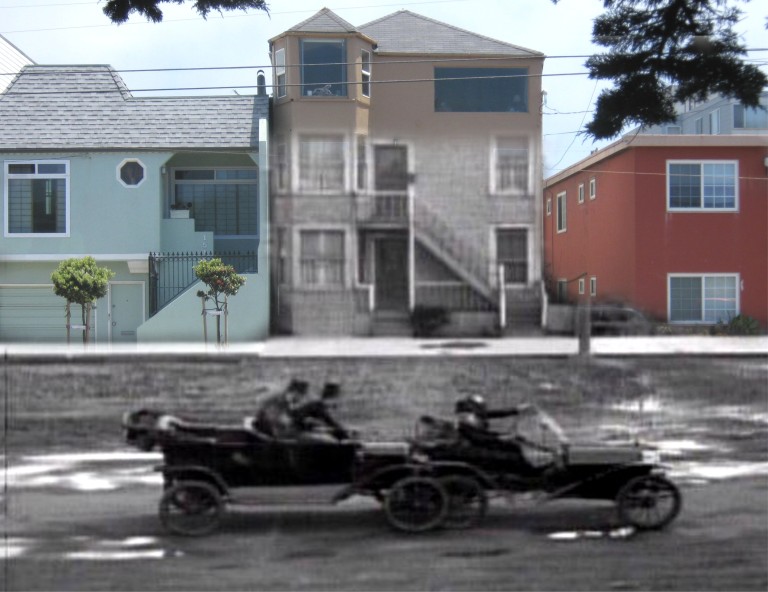 Charlie Chaplin, being chased along an unpaved Great Highway at Ocean Beach, backs into Count Chloride de Lime in his 1915 short film ‘Jitney Elopement’, produced in Niles, California. The building behind Charlie is still there.

Lee Remick chases after Jack Lemmon along Market Street after hurting his feelings in ‘The Days of Wine and Roses’ from 1962: That’s the old PG&E Building they’re coming out of. You can see the old Embarcadero Freeway in the background of the movie image. 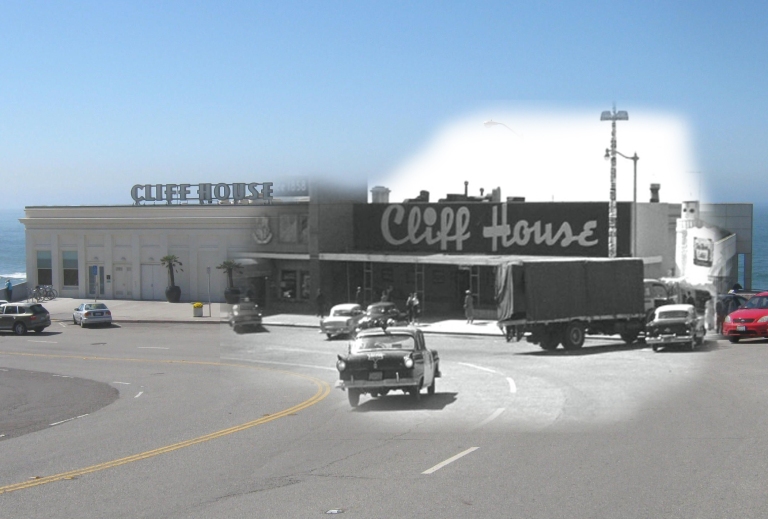 Ah, the Cliff House that I loved the best from a scene near the end of one of my favorite San Francisco movies, 1958’s ‘The Lineup’.

Glenn Ford, being chased by the police, exits Varennes Alley onto Union Street in North Beach in the 1949 crime thriller, ‘Mr. Soft Touch’. 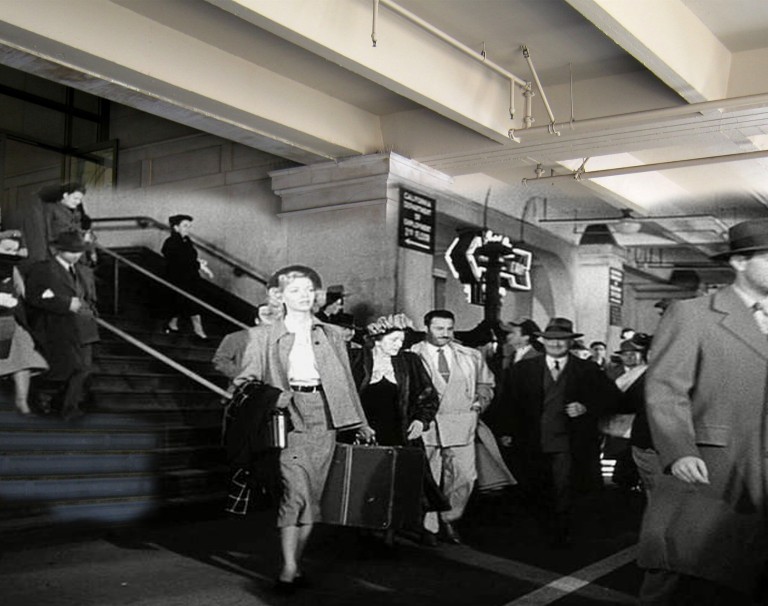 Barbara Lawrence walks down the stairs that so many millions of commuters arriving at the Ferry Building have walked down in the 1949 movie ‘Thieves Highway’. In its day, the Ferry Building was second in the world only the Charing Cross Station in London for passenger travel, and the stairs are still there. 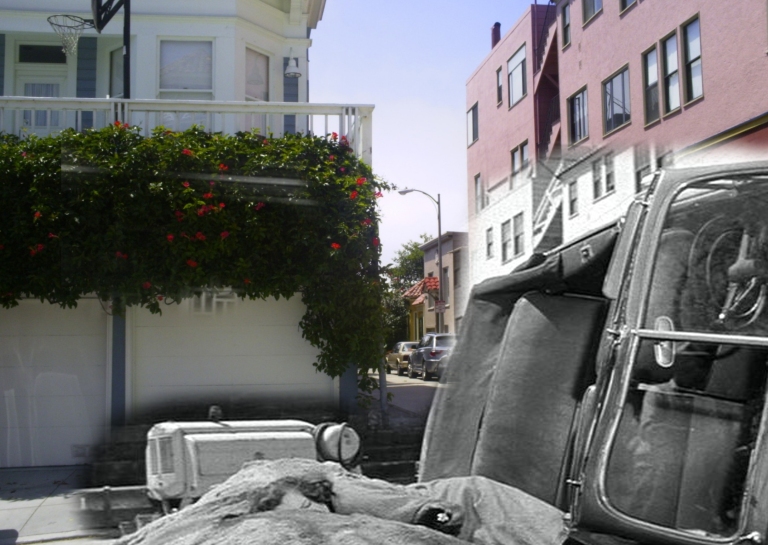 Valentina Cortese crashes her car at Montgomery Street and Montague Place on Telegraph Hill in ‘House on Telegraph Hill’ from 1951, although she survives. Her husband, Richard Basehart, has tampered with her brakes in an attempt to kill her. Valentina’s having a bad day!

Frank Sinatra and Kim Novak wander off into the sunset behind the St. Francis Yacht Harbor in the Marina in ‘Pal Joey’ from 1957. That’s quite a sunset!