A picture taken during World War Two looking down Mason Street from California Street next to the Mark Hopkins Hotel: That looks like a World War Two spy from and old movie on the far right if I ever saw one. (Phil Davies)

Looking north on the Golden Gate Bridge in the 1950s: I took my picture a couple of years ago on a drive to Muir Woods and I thought it makes a decent match up to the old photo, although I’m not in the same lane. (Carl Yorke)

That’s the old east entrance to the Union Square Garage on Stockton Street during the early 1940s, now long gone. Most of the street is fenced today now due to construction of the underground Muni Metro Railway extension to Chinatown. Someday, I’d like to redo this one. (Randall De Rijk) 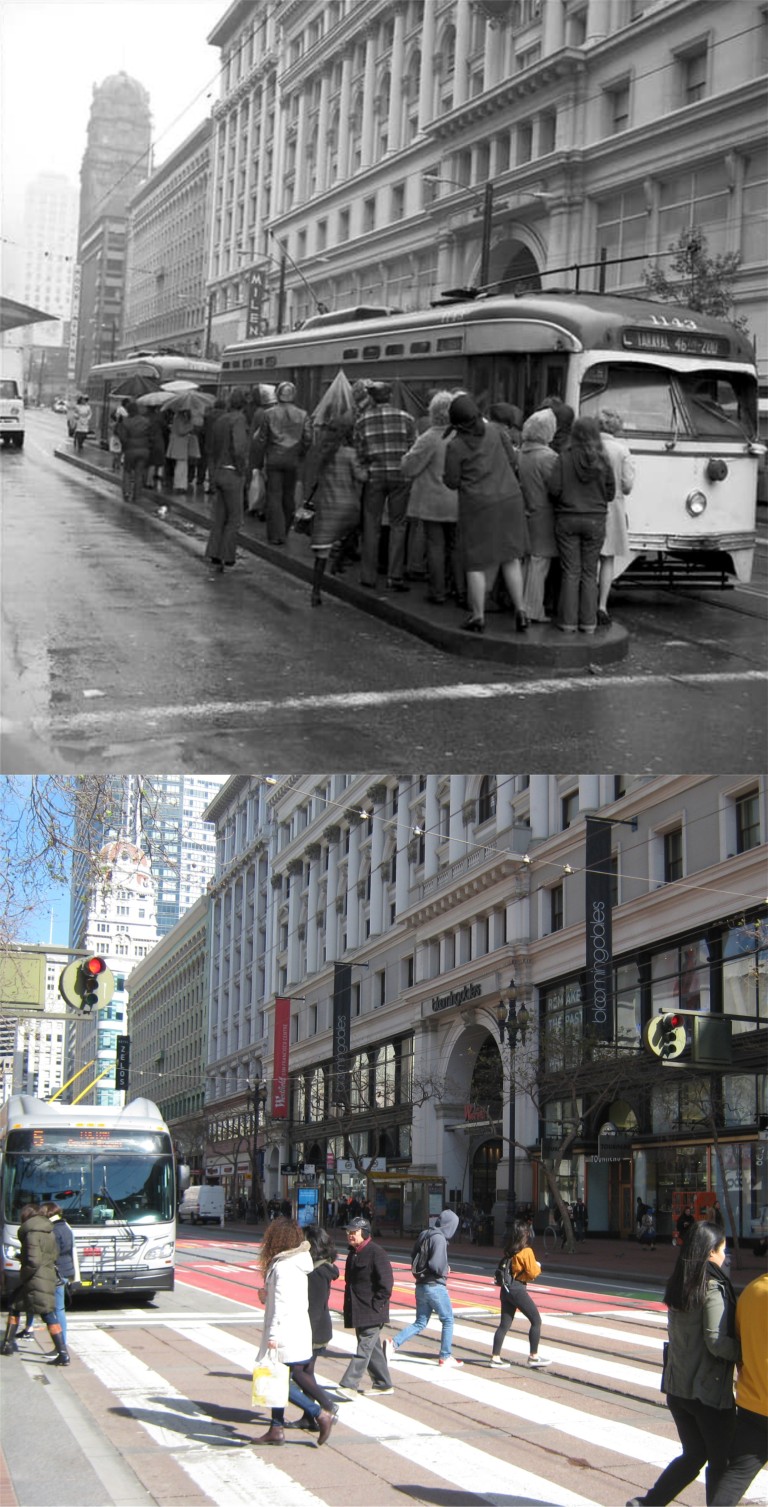 The crosswalk at Powell and Market Streets looking toward the old Emporium Department in 1974: It looks like a rainy and miserable day in the vintage picture, which, surprisingly, it wasn’t when I took my photo last Sunday. (Lily Costello)

Turk, Mason, and Market Streets: Based on the movie showing at the Esquire Theater, it was taken in 1940. Comrade X is a silly and delightful look at Russia from the United States viewpoint of the country at the time, and one of my favorite Clark Gable films. I actually enjoy it more than some of his better made movies like ‘San Francisco’ or ‘Mutiny on the Bounty’. Also, Hedy Lamarr is absolutely ravishing in this movie! The columns of the old Bank of America Building where the Fun Center was are gone now. (Gianni Corso)

That silver Toyota behind the tree is parked just about where Steve McQueen’s famous green Mustang in ‘Bullitt’ was parked. The store on the left at the southeast corner of Taylor and Clay Streets where McQueen buys an armful of TV Dinners at the beginning of the film is still open. (Pete Georgas)