The mild October weather is still holding up while I took visiting relatives from Texas on a San Francisco tour this Thursday and Friday. 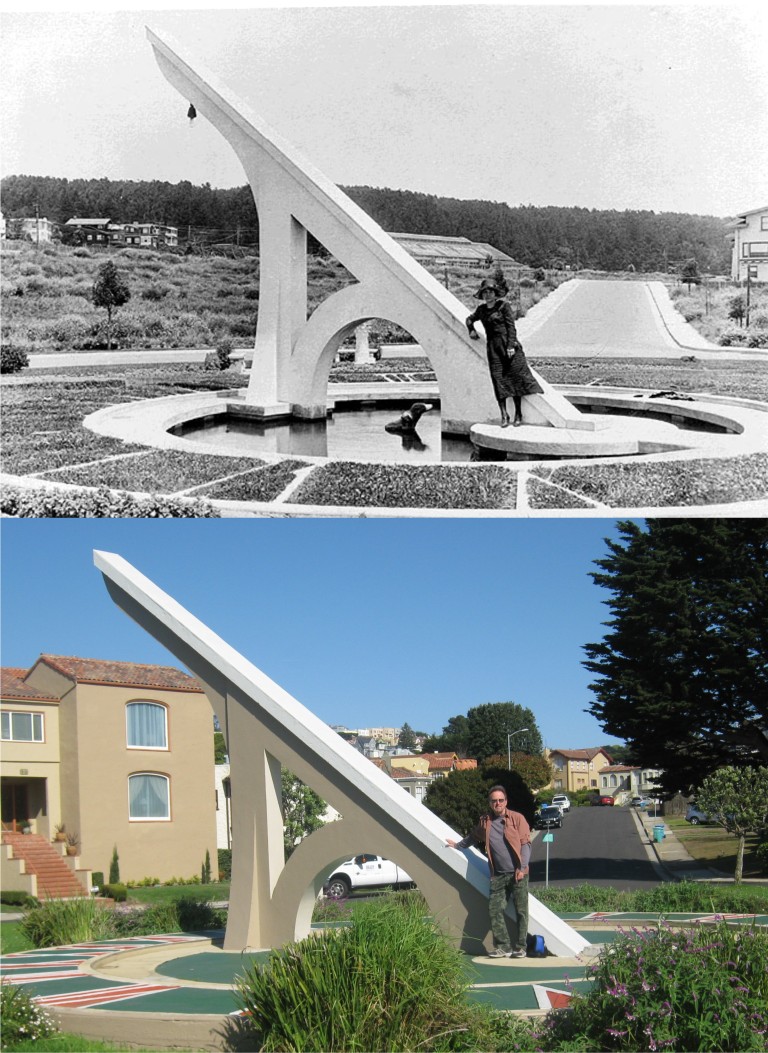 The largest sundial in the world, the mysterious Urbano Sundial in the south part of San Francisco: This thing has a cult following now. (Vintage photo from Found SF)

Ocean Beach at the Cliff House:

“No, I’m holding up the Cliff House!”

I believe the oldest merry-go-round in San Francisco is at the Children’s Playground in Golden Gate Park, seen here in the 1890s. (San Francisco History Center)

Heading in on the Bay Bridge through number 5, like whoever this was in the 1970s, and getting a late start on day two of the tour: (Source unknown)

And, of course, there’s ‘Laffin’ Sal’, seen at the Playland-at-the-Beach Funhouse in 1972 when they were tearing Playland down: The inscription here at the one in Fisherman’s Wharf reads that this was the one that used to be out and Playland, and she hasn’t got any prettier over the years.(opensfhistory.org) 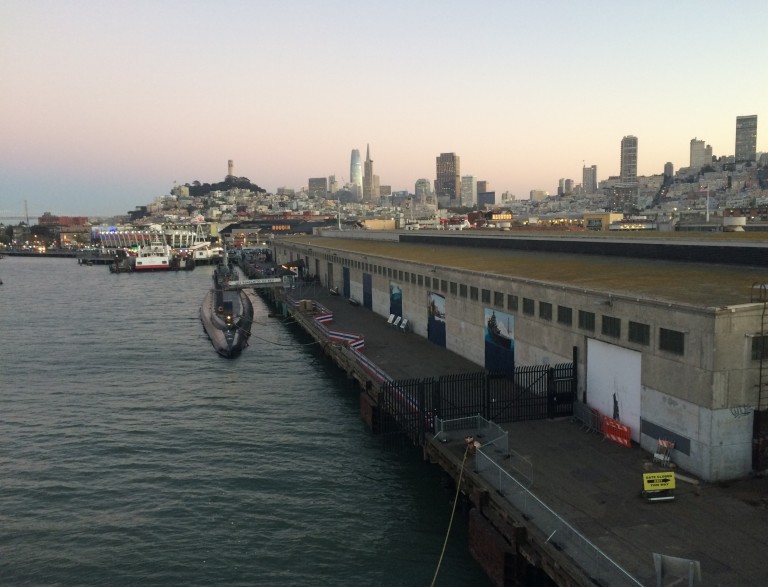 Sunset from the top of the Liberty Ship Jeremiah O’Brien as Pier 45 closes down for the day: It doesn’t get any prettier than this! That’s the World War Two submarine, the USS Pampanito, berthed in front of the Jeremiah O’Brien.