This is an update of a post that I did in April of 2016. I was up on Potrero Hill today getting some new pictures and I talked with a fellow named Franklin who lives on the hill. He’s an avid photographer and history buff, and  it was a pleasure to meet him.

This image is looking north on Rhode Island Street from 20th in the 1920’s. That house on the left is still there today. (Peter Linenthal and Abigail Johnston)

An unpaved corner of De Haro where it branches off, and 25th in 1941: I can spot some of the houses still there. http://opensfhistory.org/ 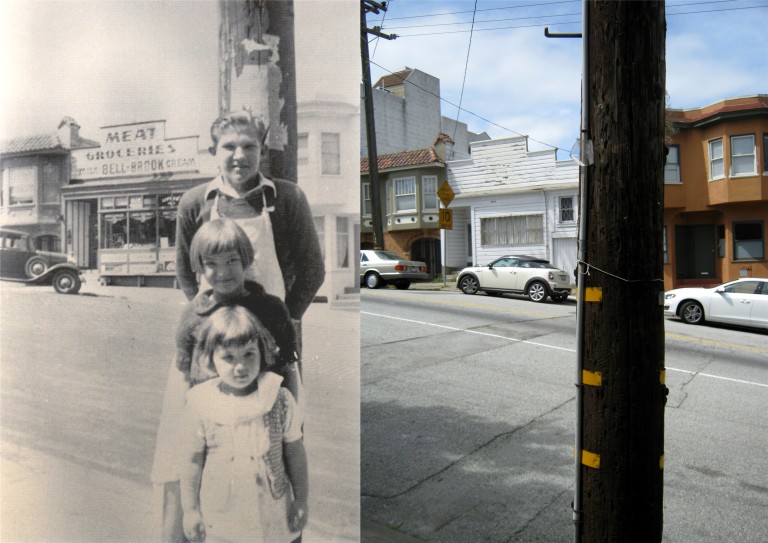 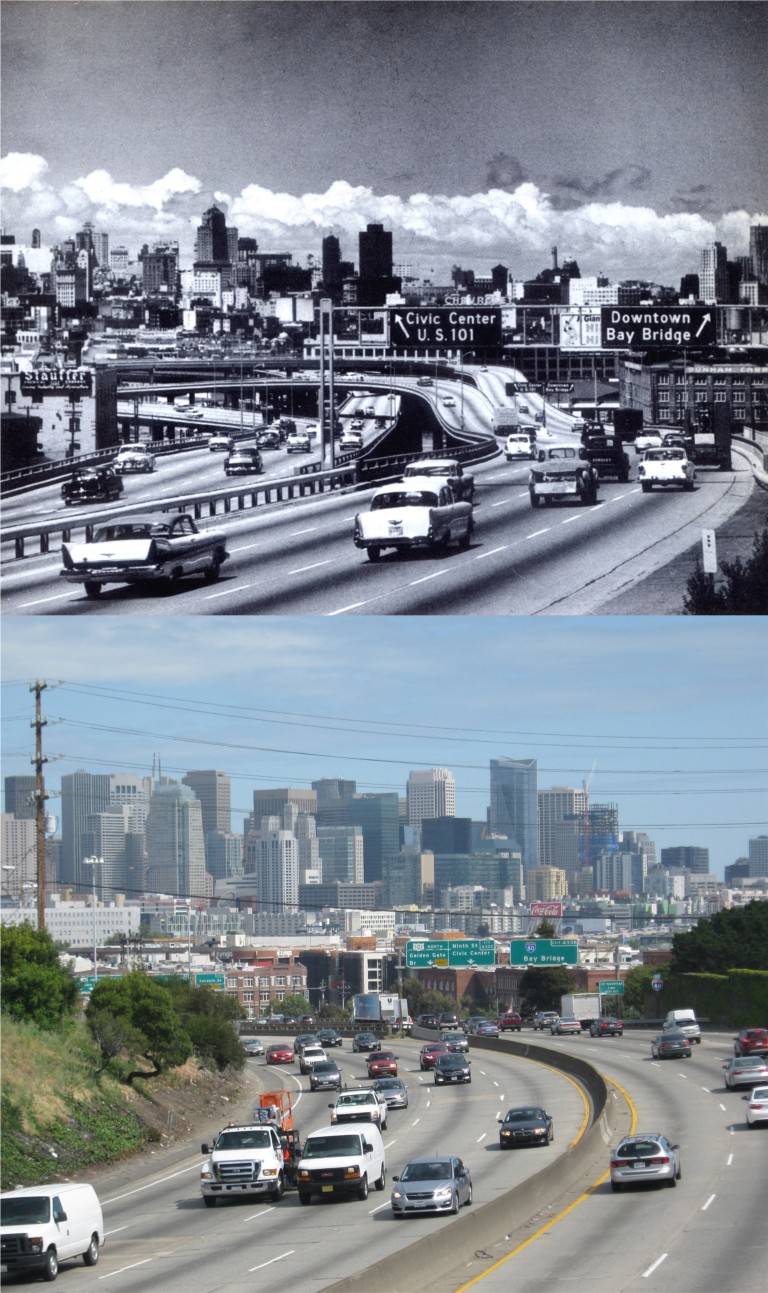 The 101 Freeway skirts the western side of Potrero hill:  (Phil Palmer)

On the eastern side of the hill on the corner of Mariposa and 3rd was the Strand Service Station.

“Fill ‘er up and check the oil yourself. We don’t do that anymore!”

DeHaro between 24th and 25th looking north, on the same day in December 1941: That looks like a puppy dog in the old photo. The house at the top of the hill in the vintage picture is still up there. http://opensfhistory.org/

Vermont Street from 21st, San Francisco’s real “Crookedest Street in the World” not Lombard Street, according to Wikipedia: http://opensfhistory.org/

An image from the 1930’s looking north on Potrero Avenue at 19th Street: (Found SF)