The Mission District, and at its southeast side, Bernal Heights are two areas of San Francisco that I don’t explore as often as I should.

We’ll start with Bernal Heights. Its steep, winding and narrow streets made me wonder how anybody ever drove around this area before automatic transmissions were invented. Here we are at Mullen and Franconia in 1941. http://opensfhistory.org

Cortland and Bradford, 1952: This must have been a nasty accident! Look at the distance between the banged up car near the damaged telephone pole and another damaged car further up the hill. (Bold Italics) 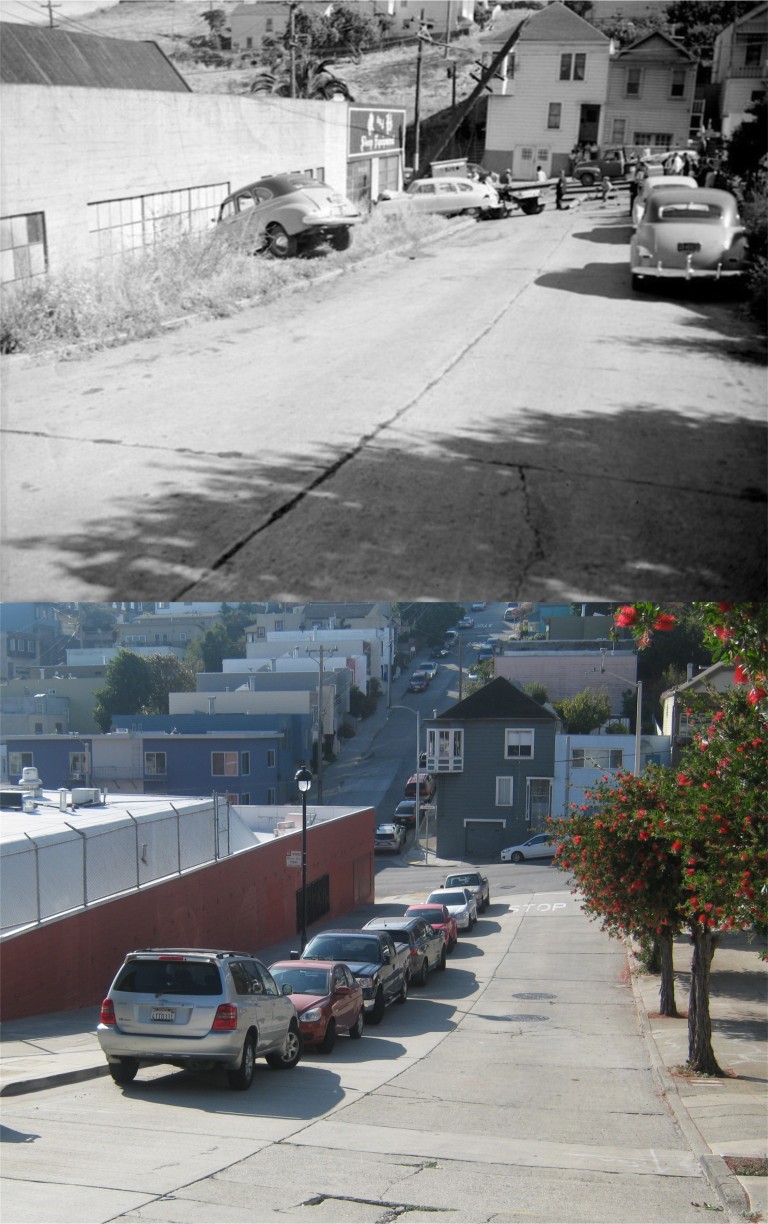 Here’s another angle of the accident. (Bold Italics)

439 Cortland Avenue: They’ve changed from selling drugs to booze here. I suppose there’s a fine parable for that, but I don’t know what it is. http://opensfhistory.org/ 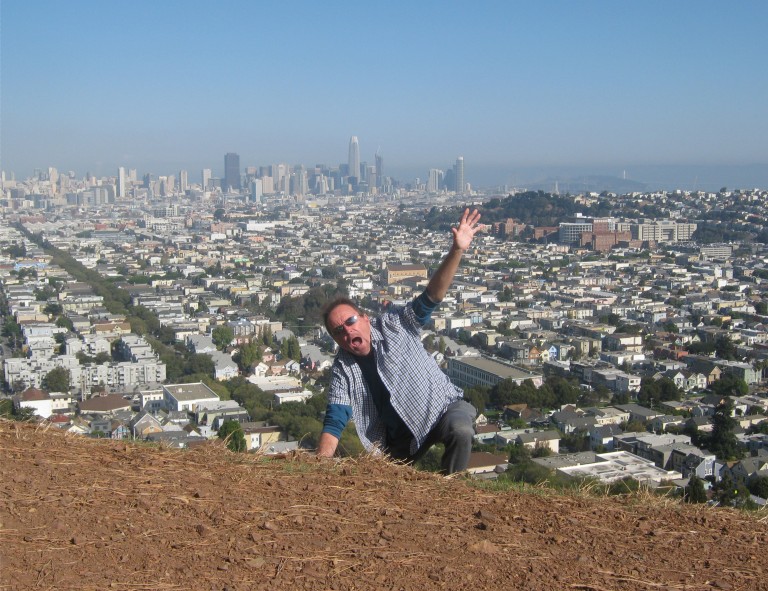 The views from Bernal Heights are among the best in San Francisco. Of course, it’s always recommended that you stay on the walking paths.

Now we’ll wander on down to the Mission District. You can do it in one day here on the internet, but I needed two days, and even that wasn’t enough to see most of these areas. Here we are at 18th and Guerrero Streets in 1947. (Uptown Almanac)

An accident at 24th Street at Bryant Street in the 1940’s: The streetcar tracks are gone now, and you can’t see the Roosevelt Theater up the street anymore through the trees. The “Roosie”, as it was affectionately nicknamed, was a neighborhood movie theater that opened up in 1924 at York Street and 24th.  The theater is still there, but it’s now called the Brava and is used mostly for performing arts rather than film today. (Uptown Almanac) 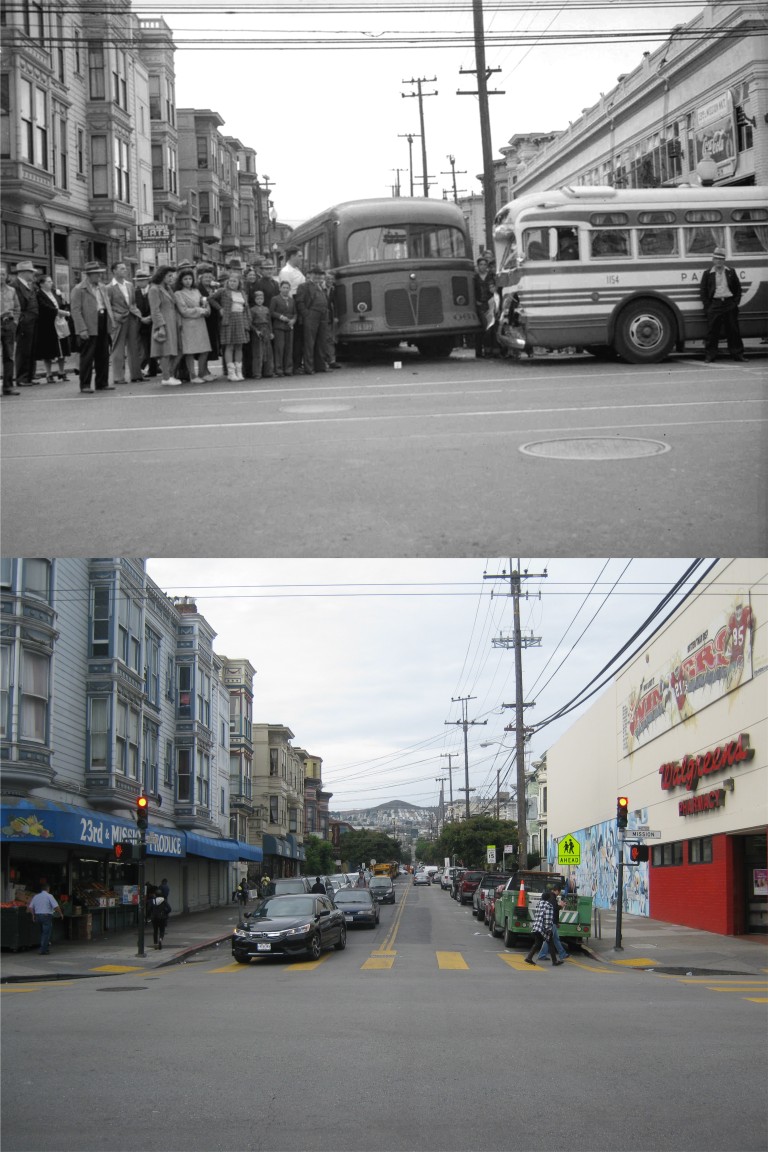 Another accident, two buses colliding at Mission and 23rd  Streets in 1942: It could have been worse; I once read where a police bus and a cement truck collided into each other and ten hardened criminals escaped! I think I got that joke from the movie ‘Raising Arizona’. (Uptown Almanac) 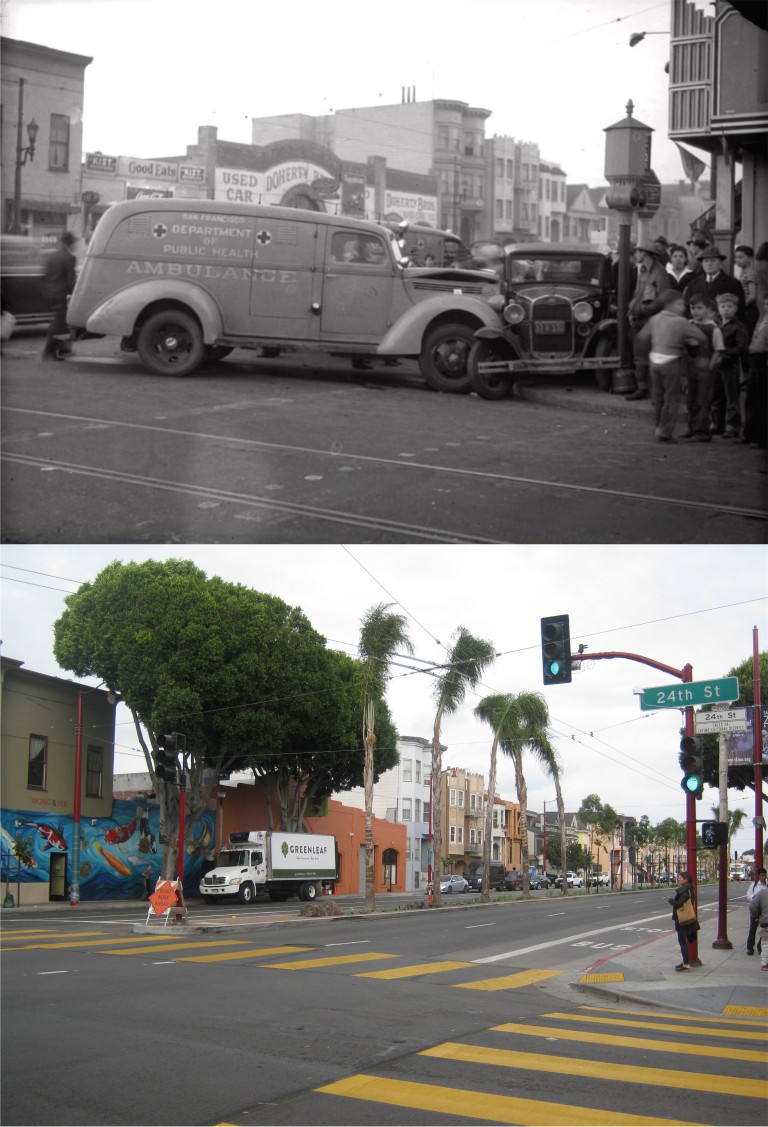 Still another accident, this time at 24th Street and Potrero Avenue: They needed to be more careful around here during the 1940’s! The person in the back of the ambulance being rushed to the hospital wasn’t having a red letter day! 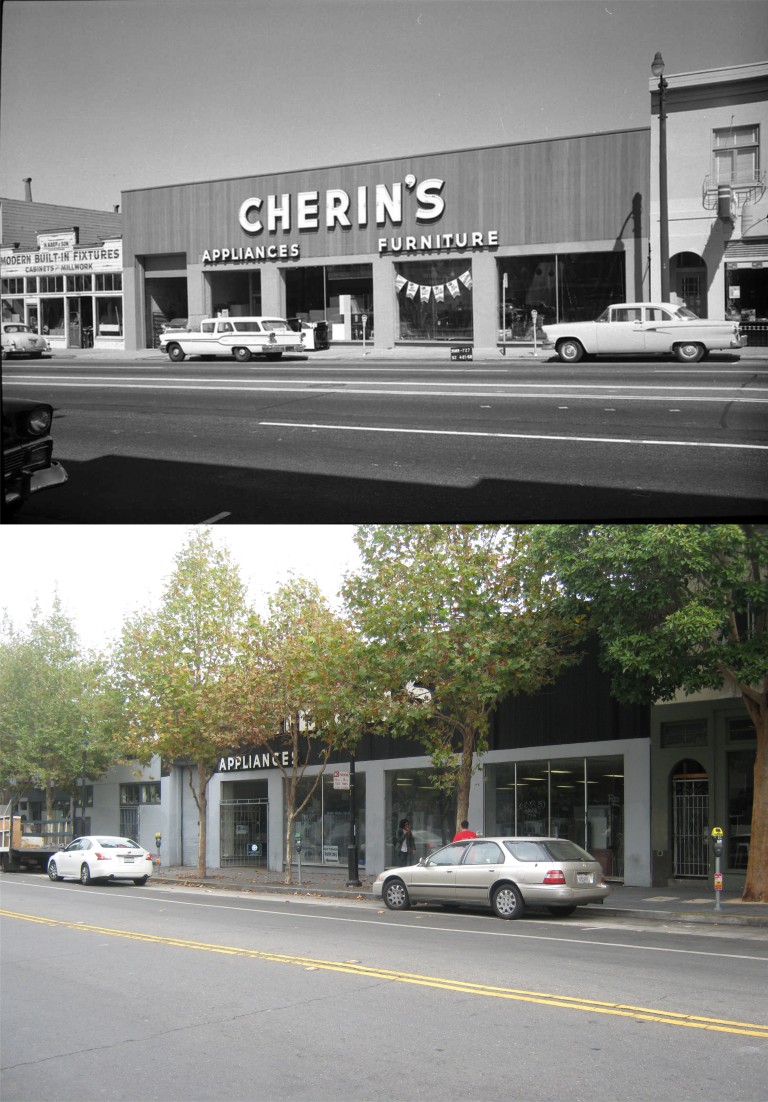 727 Valencia Street: Cherin’s is still there, but I can see how the store might be easy to miss on your first visit there nowadays. (Uptown Almanac)