I got a chance to check out the second day of the Muni Heritage Weekend Festival today. Muni and the Market Street Railway brought out all of the old stuff to ride on, some of them for free. $2.75 was all it cost for unlimited riding on most of them with a transfer as they traveled from AT&T Park to Fisherman’s Wharf, to North Beach, and along Market Street.

The highlight for me was riding the #42 cable car from the Ferry Building to Van Ness Avenue and back. Built in 1906, it’s the oldest cable car in the world. It ran along the old O’Farrell-Jones Line that closed in 1954. 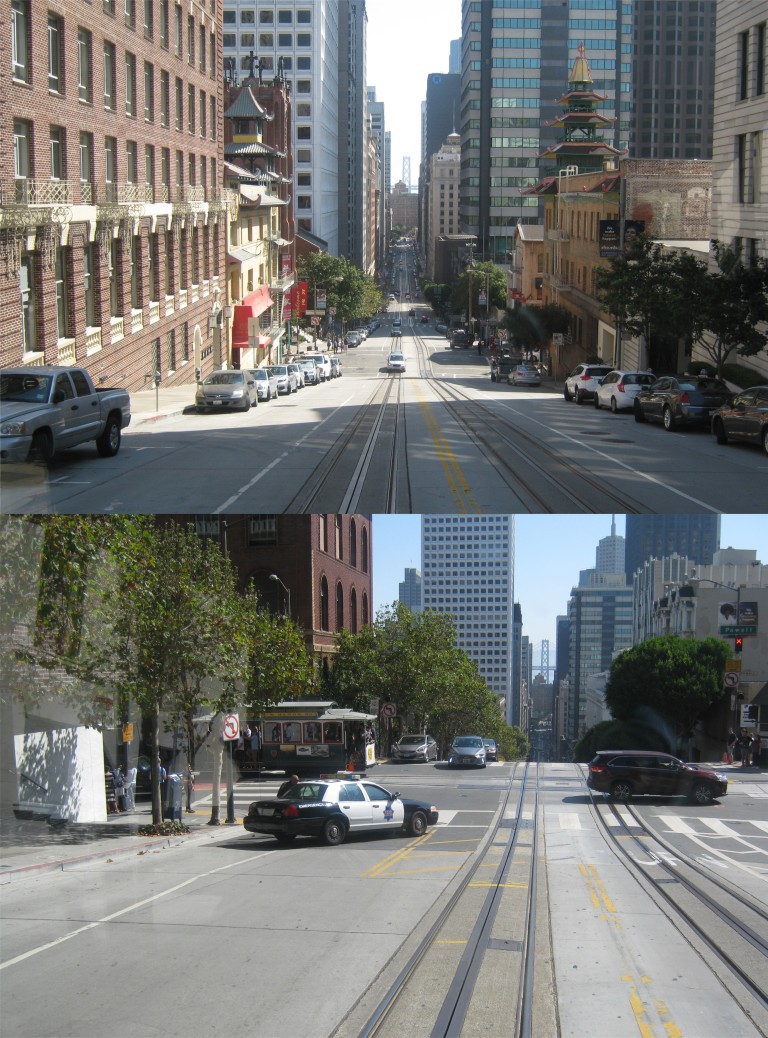 We headed up California Street past Chinatown and when we got to the top of Nob Hill there was police activity everywhere!

We rolled over Nob Hill to Van Ness and then headed back toward the dragnet. I didn’t like the way that guy on the left in the bottom picture was looking at me.

Turned out, they were filming a scene for a new Ant-Man movie coming out in July, 2018. I always get him mixed up with Atom Ant! 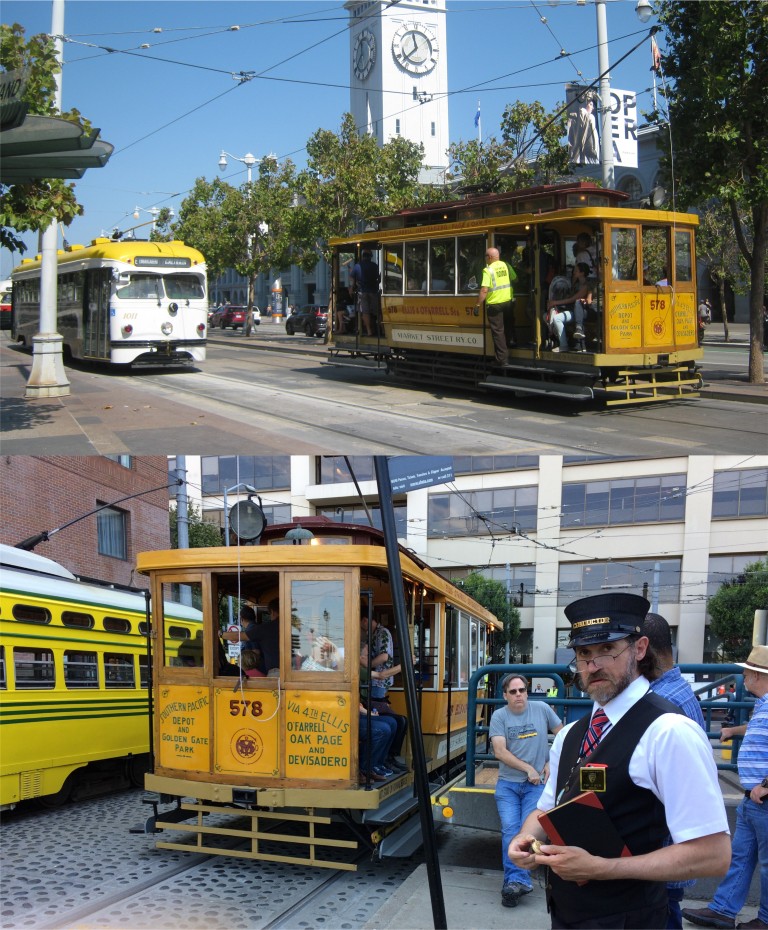 Back to the Muni Festival: That thing on the right in the top picture is called a “Dinky”. They were combination cable car-streetcars that used to run along Market Street. The conductor in the bottom photo told me that this one built in 1896 is probably the oldest running streetcar in America. He wasn’t as grouchy as he looked, he was just doing that for my benefit.

Naturally, everyone wanted to ride the 1934 Boat Tram from Blackpool, England, but I was more impressed with the orange and black Motor Coach built in 1938.