Van Ness Avenue between Broadway and Vallejo in the 1920’s: The house on the far right is still there. (Vintage Showcase)

In November of 1926 a gun battle between police and Joe Tanko, a gangster and murderer, took place on McAllister near Alamo Square that rivaled and predated the gangster gun battles of John Dillinger and Bonnie and Clyde. Police stormed the house just behind where the girls are standing in my photo and shot Tanko, the most wanted man in San Francisco at the time, to death. The bullets fired into him were at such close range it was reported that his clothes caught fire from the shells. The vintage photo was taken just after the gun battle.

A Shorpy Collection photo taken at 11th and Mission Street in the 1920’s: The building is still there and they’re still selling tires! 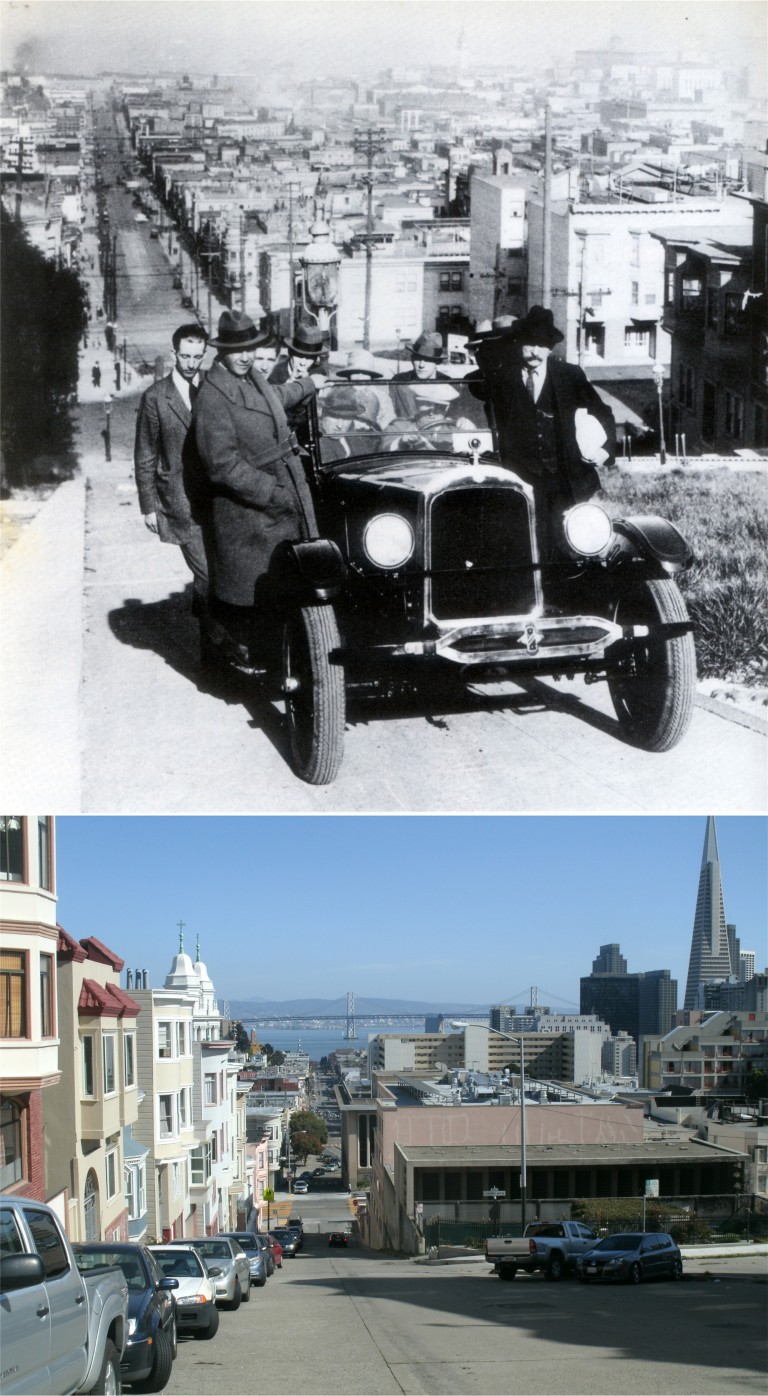 Joyriding where Broadway begins to climb Russian Hill in the 1920’s: You can just make out the Ferry Building in the background of the vintage picture. They’re near where the eastern entrance to the Broadway Tunnel is today.

A Cushman Collection photo from the University of Indiana taken in the 1950’s is looking from the opposite view of Broadway than from the previous pictures. Many of the buildings are still there. The movie theater on the right was where the building with the white rooster is today.

Another Shorpy photo taken at Larkin and Chestnut Streets during the 1920’s: That’s the clock tower of Ghirardelli Square built in 1911 in the background. This spot has a movie claim to fame as part of the famous chase scene from the 1968 film ‘Bullitt’. That’s Steve McQueen’s reflection in the rear view mirror of his Mustang as he chases the bad guys in the black Charger down Larkin Street.