…… the more they stay the same. Some of these vintage pictures parallel the events of today.

A march at Grove and Larkin Streets near City Hall during a pending war between Mao Zedong’s Peoples Republic of China and Chaing Kai-shek’s Republic of China: The demonstrators are urging the Eisenhower Administration to use caution to avoid the conflict. (San Francisco Chronicle) 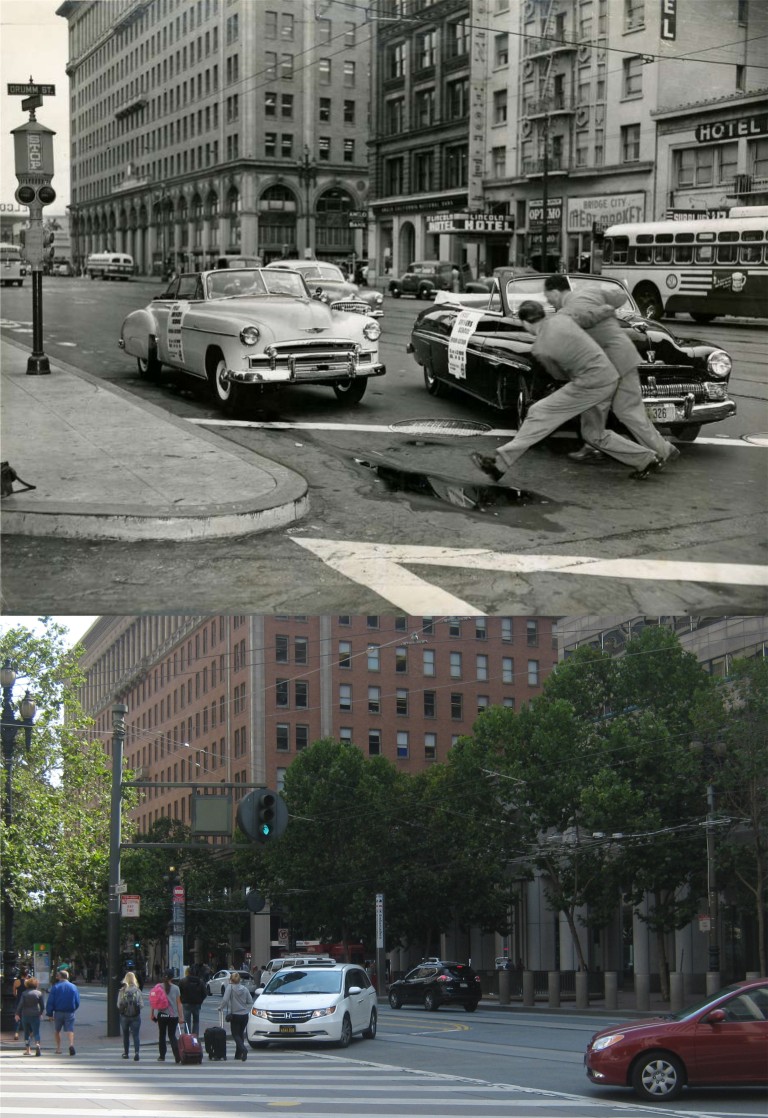 Drumm Street at Market in the 1950’s: I don’t know what was going on back then, but I hope they were clowning around; that’s a little too much like today! (San Francisco Chronicle)

Ladies heading along Geary Blvd. to an air raid shelter under Union Square for a practice drill in 1952: I don’t know what all that was going on in Union Square today, but it wasn’t an air raid drill! (San Francisco Chronicle)

A 1952 air raid drill at the Union Square Garage during the Cold War:

“Are you wearing your sunglasses so the flash from the nuclear blast won’t hurt your eyes?”

Speaking of the Union Square Garage in the 1950’s, look at those parking prices! (San Francisco Chronicle)

Market Street at Turk during the 1940’s: I’m getting a mental image of the streetcar driver in old #1002 thinking quietly back then, “Well, I suppose streetcars like mine will be gone forever one of these days!” (Outsidelands.org) 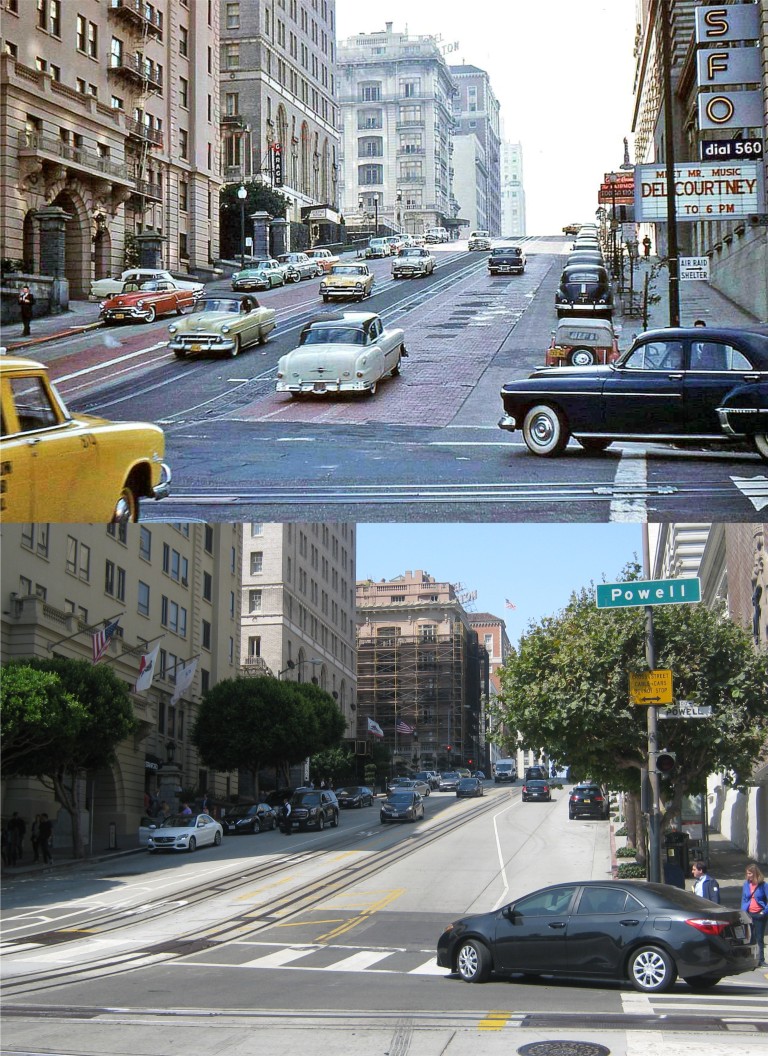