You might not have noticed it when you went to the Cliff House in the 1950’s, but that was a fake rock on the side of Sutro Heights. I remember climbing up Sutro Heights as a teenager in the 1960’s, (Gawd, why we didn’t break our necks I’ll never know!) and much of the hill that faced the Cliff House was covered over with stucco! (Vintage picture from the Cushman Collection) 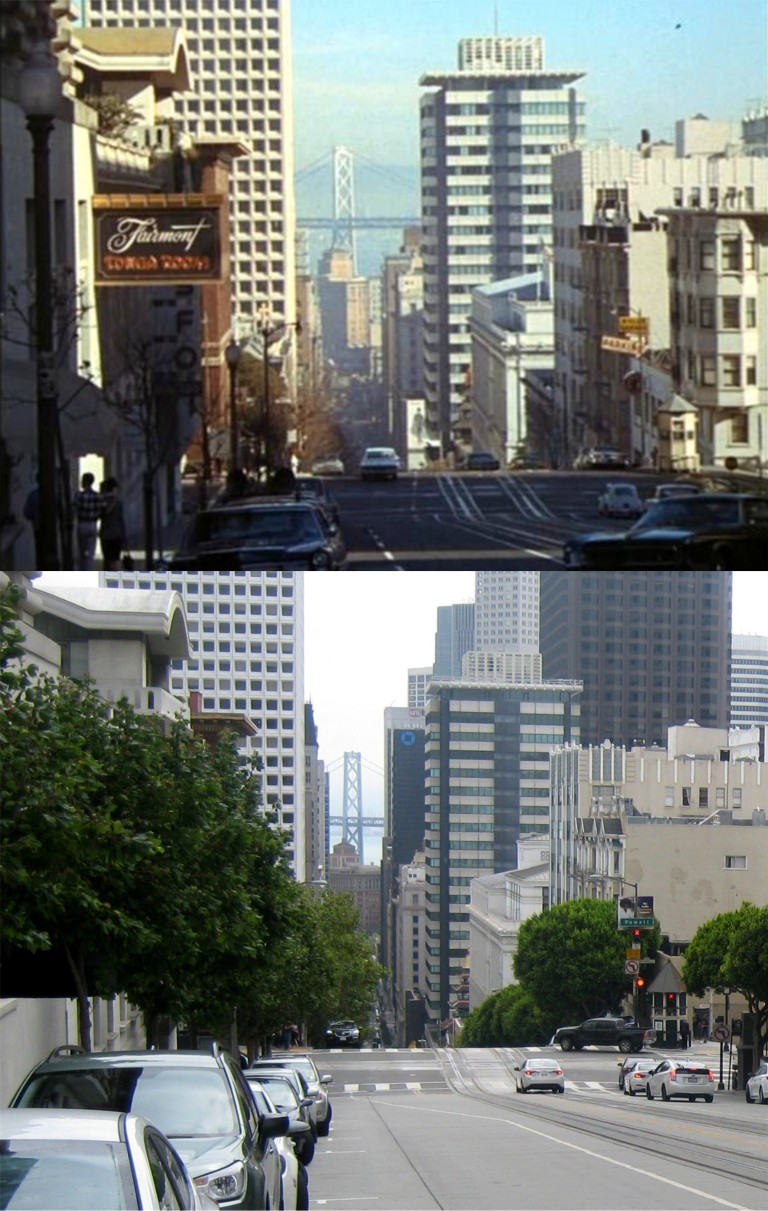 You might not notice it if you watched this opening scene from a 1968 episode of ‘Ironside’ with Raymond Burr looking down California Street next to the Fairmont Hotel. As the camera pans in closer to Powell Street, and I can do that too, it still may not catch your eye. You’d probably notice that the Bank of America Building hadn’t been built yet, you might even notice the Fairmont Tonga Room, but you might not notice the little cone shaped cable car signal box on the corner of California and Powell Street that’s still there today.

You might not notice it at first if you walk past the southwest corner of Union Street and Grant Avenue in North Beach and think to yourself, “Hey, what happened to North Beach Pizza?” like I did last weekend. You may think to yourself, “Man, that was great Pizza!” and then say out loud, “I didn’t know it closed! That sucks!” And then, like me,  you’ll turn around and notice that it’s across the street now. It has been awhile since I visited here.

You might not have noticed it, but George Harrison and Patti Boyd did make it back to the Haight-Ashbury after the “Summer of Love”.