Above is an aerial photo of the Embarcadero Freeway during the late 1950’s from the FoundSF website. Although I drove the freeway a lot, in fact, I was one of the last people to drive on it on October 17th 1989 trying to get back to the East Bay after the Loma Prieta Earthquake hit and the Bay Bridge and San Mateo Bridge were closed, I wasn’t sorry to see it go. The vintage photo shows the freeway before the Clay and Washington Street on an off ramps where added.  By the way, if you have an interest in San Francisco history and you haven’t yet bookmarked the FoundSf website, you should. Their vintage photographs and entertaining articles put together in an easy to navigate website make it a must for San Francisco lovers. Below is the link to their website. 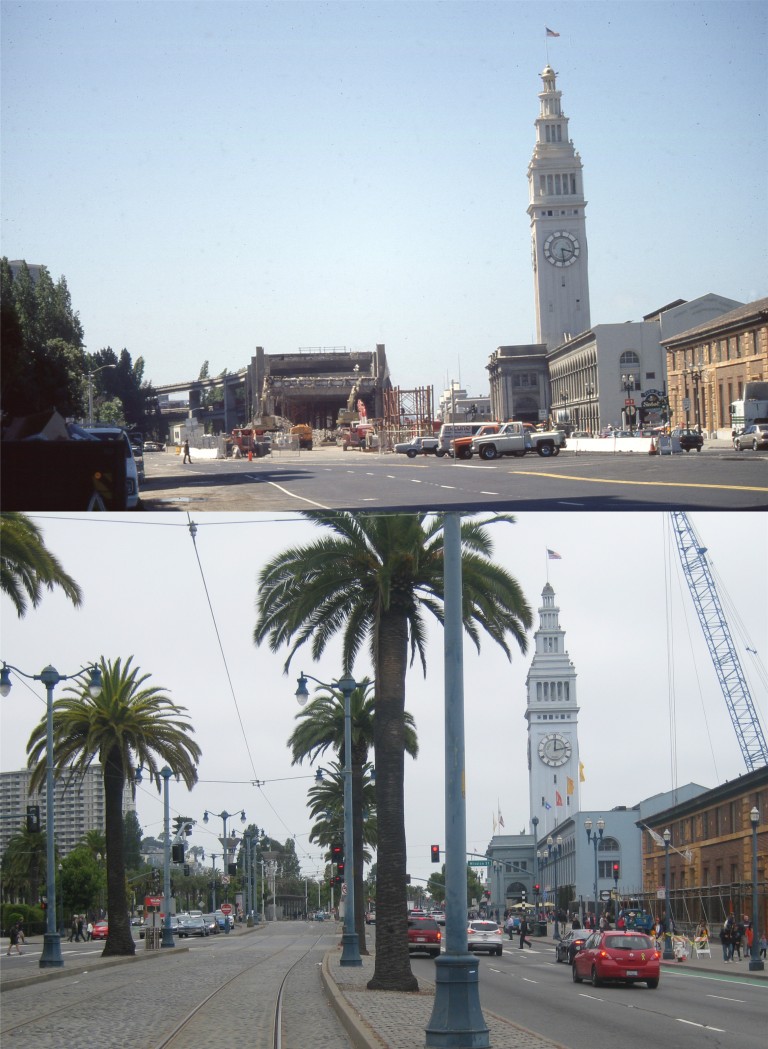 In August of 1991 I took some slide pictures of the freeway demolition in progress. This view from Mission Street and the Embarcadero showed that the work on the dismantling of the freeway that began in February of 1991 had reached the Ferry Building by August.

A closer look near the Ferry Building: We lost the Embarcadero Freeway, but we gained a vintage streetcar line, palm trees, and a beautiful waterfront. Like the lyrics in that song by the Who, “I’d call that a bargain, the best (we) ever had.” 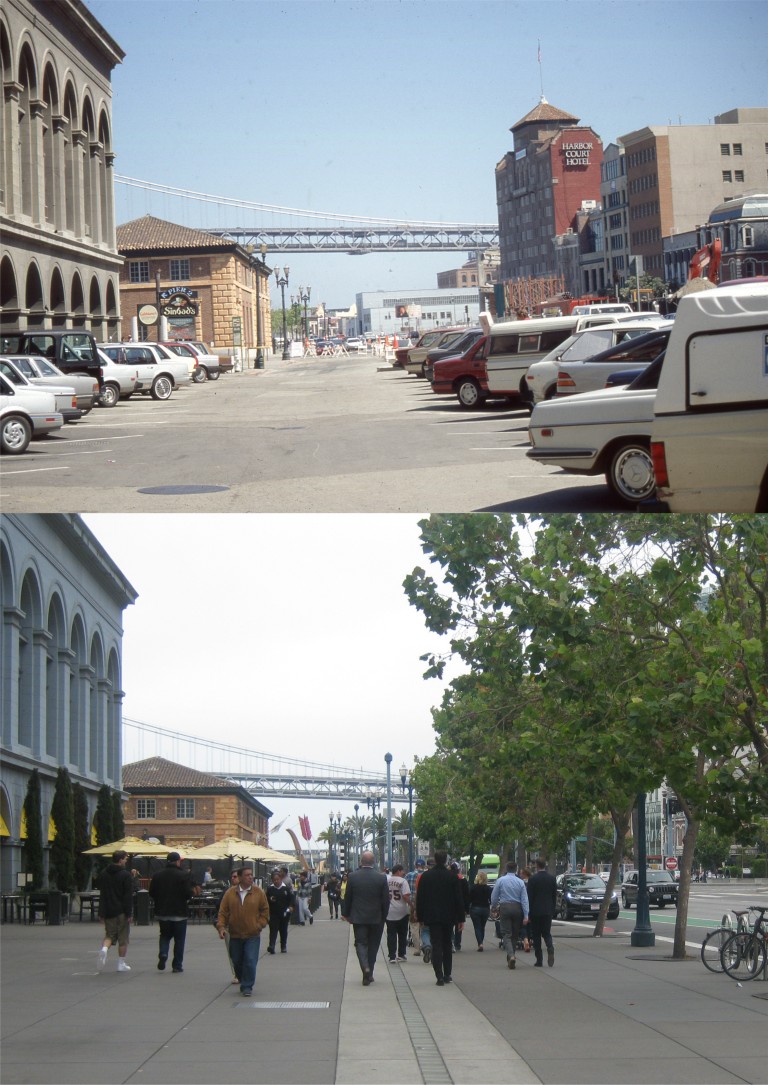 Looking south from the Ferry Building in 1991, shortly after this part of the Embarcadero Freeway was demolished: The freeway wrapped itself around the old YMCA Building (Harbor Court Hotel) and this view was obstructed since the 1950’s. The picture taken today shows people heading down to AT&T Park for an afternoon game between the San Francisco Giants and the Chicago Cubs. (The Giants won)

The best look on film that you’ll get of the Embarcadero Freeway is from the 1958 movie ‘The Lineup’. In the top image a car with hit men from the Mob is chased up on the unfinished Embarcadero Freeway by the police. The driver in the film makes a daring stunt by stopping the car just at the edge of the freeway. Construction of the freeway continued down the Embarcadero to Broadway from here. In the center image one of the hit men played by Eli Wallach tries to run on foot, taking a child, one of the hostages the bad guys have kidnapped, along with him. In the bottom image, when Wallach drops the child he is shot by police and falls to his death from the freeway. The lady running toward the police is the mother of the child. San Francisco film noir flicks don’t get any better than this one.