The Embarcadero at Mission Street in 1987: That’s the infamous Embarcadero Freeway at left center.

Market Street at Kearny and Third Streets in 1984: I wonder if “Big Brother” was watching me. The Palace Hotel was still the Sheraton Palace Hotel, and Barclay’s Bank is now a T Mobile Store.

Post Street at Montgomery: “Excuse me, is there a Bank of America near here?” There’s still a Bank of America in the building across Market Street, but they’re not the biggest bank in the world anymore, like they were in 1984, and they don’t advertise as boldly as they did back then. 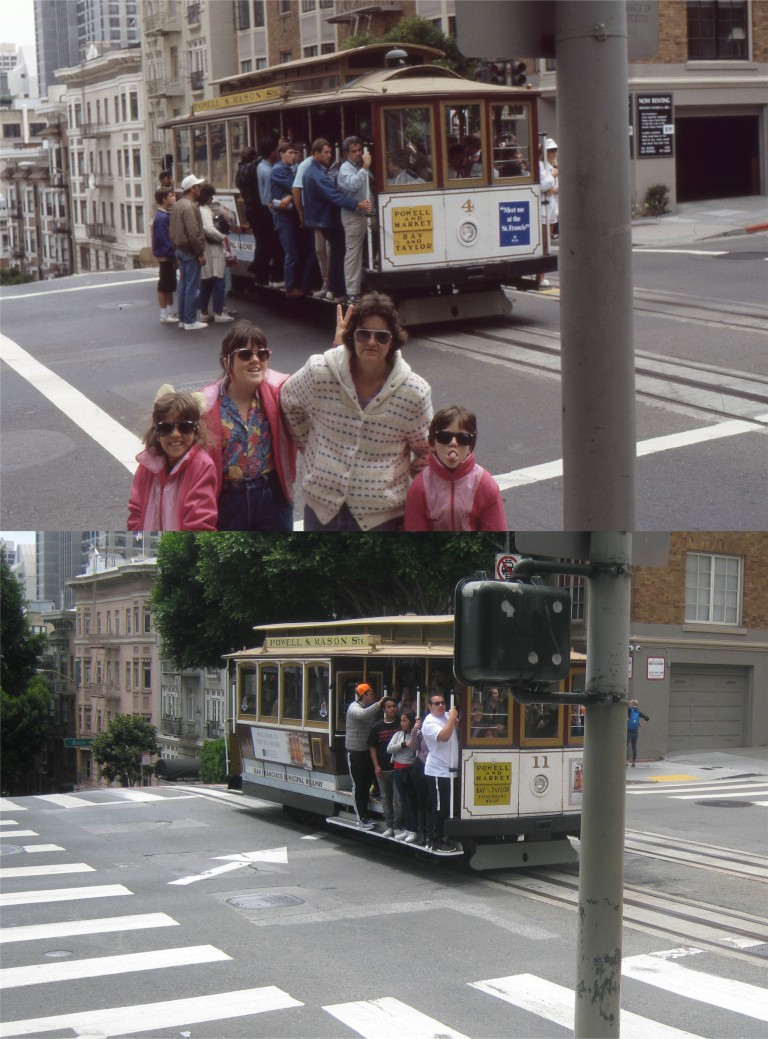 Powell at Pine Streets in June of 1987: Those three little girls combined have increased the population of the world by five now, and the mommy is past having any more kids, I hope.

Market Street at Eighth in 1985: They began running old time streetcars on the F Line on Market around then. That’s the Orpheum Theater on the left.

Upper Market Street near the U. S. Mint in 1985: That’s the old Highway 101 Central Freeway that crossed Market Street in the background of the 80’s picture. Deemed unsafe after the Loma Prieta Earthquake of 1989, it was demolished in the 1990’s. The Mint Lounge is on the left in both photos.