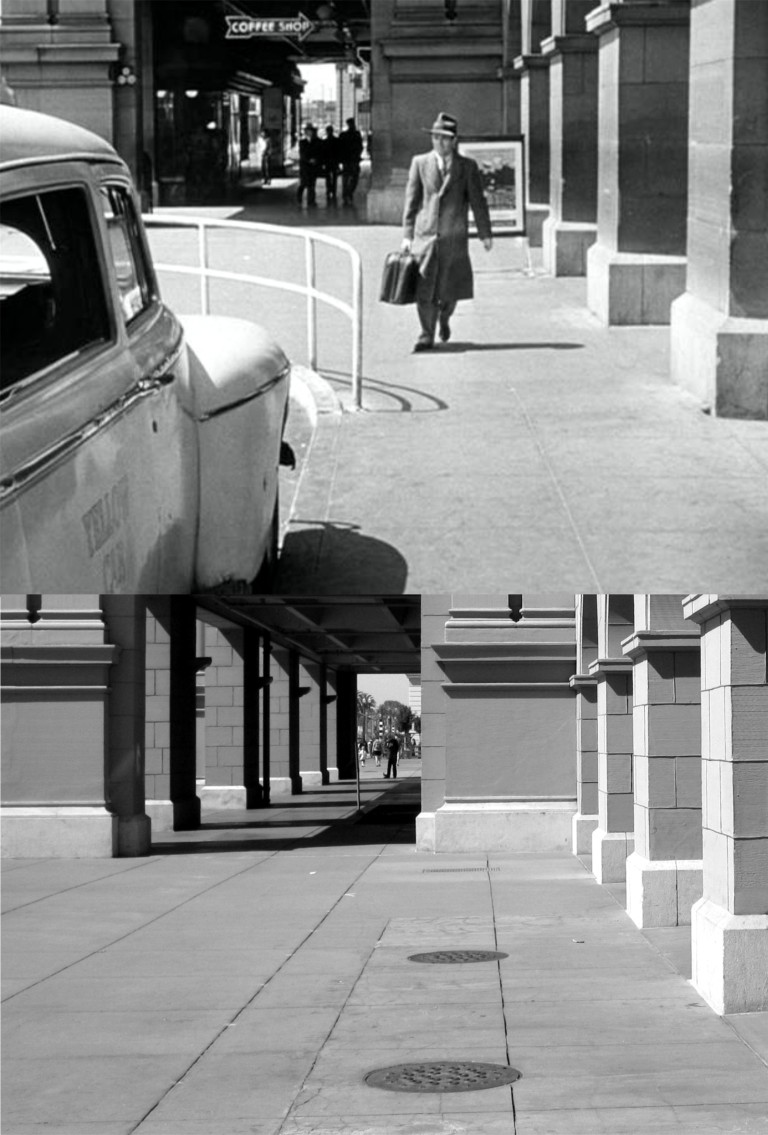 ‘Born to Kill’ (1947) Elisha Cook Jr. (Wilmer in the ‘Maltese Falcon’) arrives at the Ferry Building on a mission to kill: 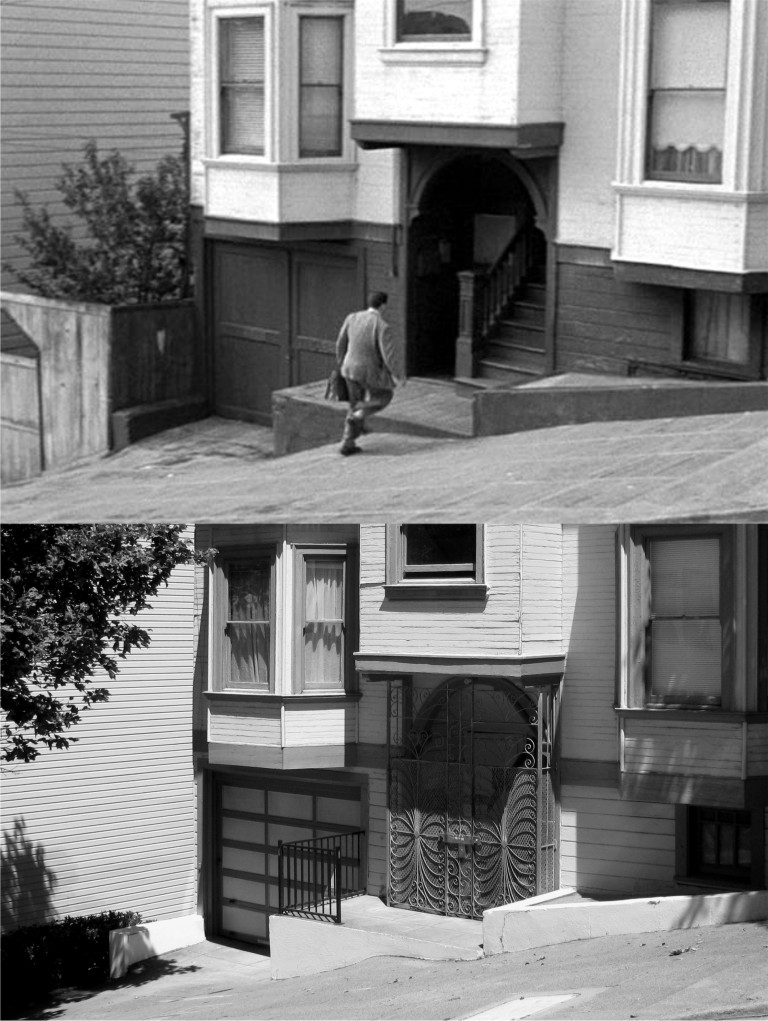 ‘The Sniper’ (1952) Arthur Franz runs into his house on Filbert Street after shooting another woman to death: The police will capture him here. 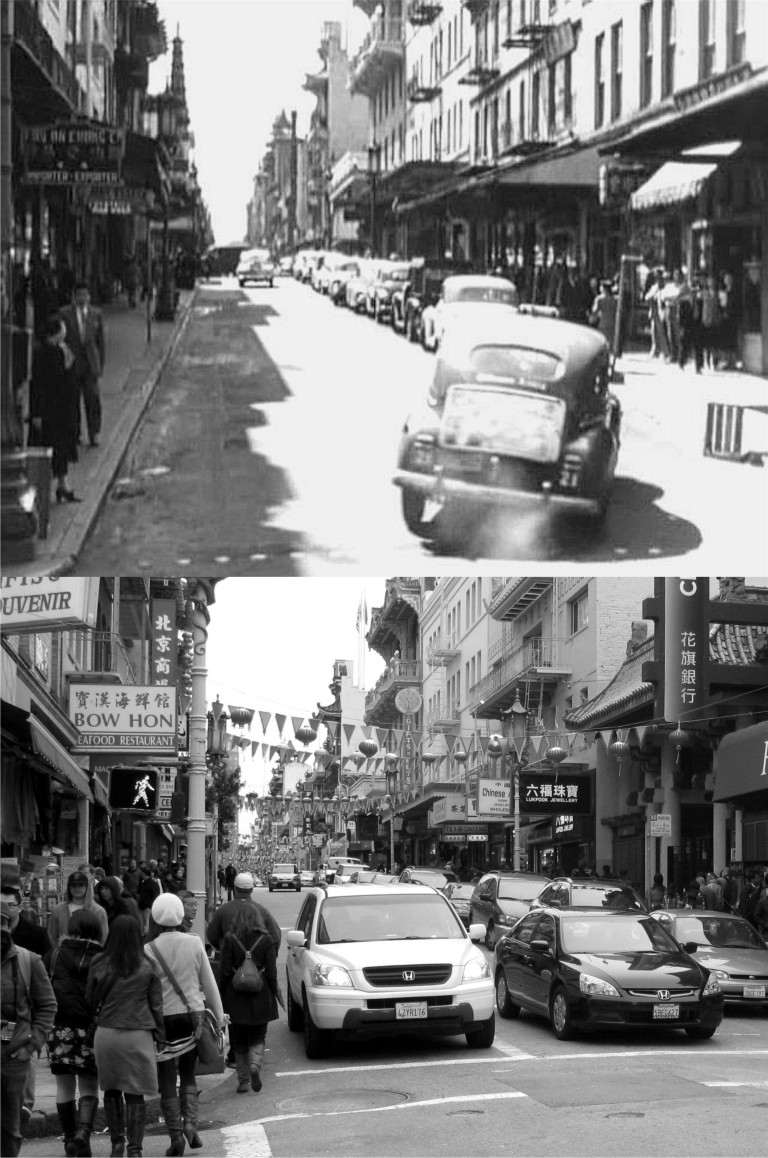 ‘Impact’ (1949) A car chase scene at Grant Avenue and Washington Street in Chinatown with Ella Raines chasing Anna May Wong in one of the coolest chase scenes in a San Francisco movie: 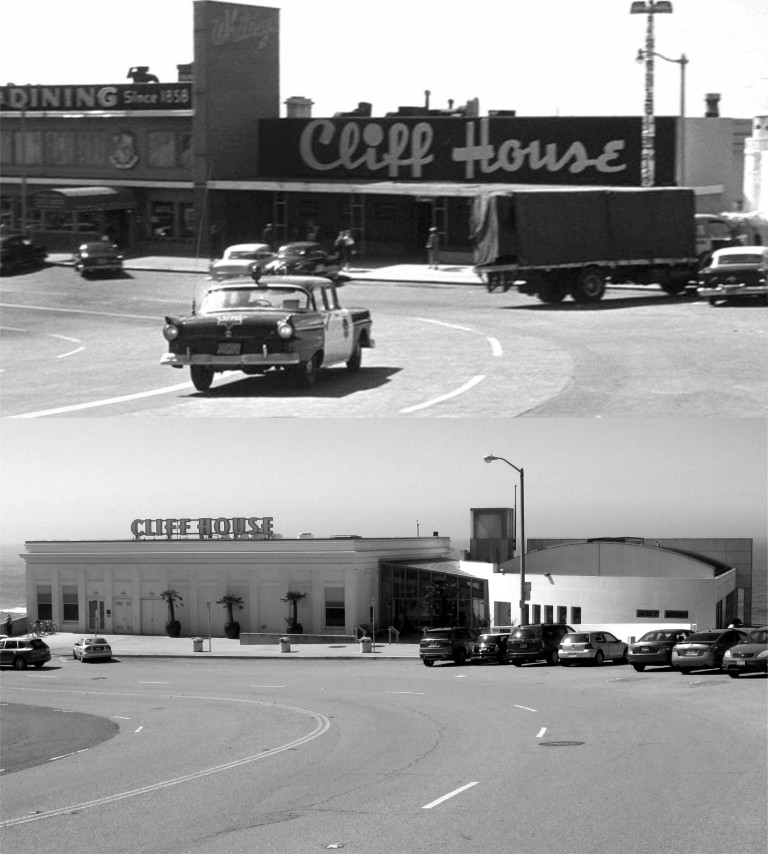 ‘The Lineup’ (1958) Police close in on Eli Wallach at the Cliff House who has kidnapped a woman and child: 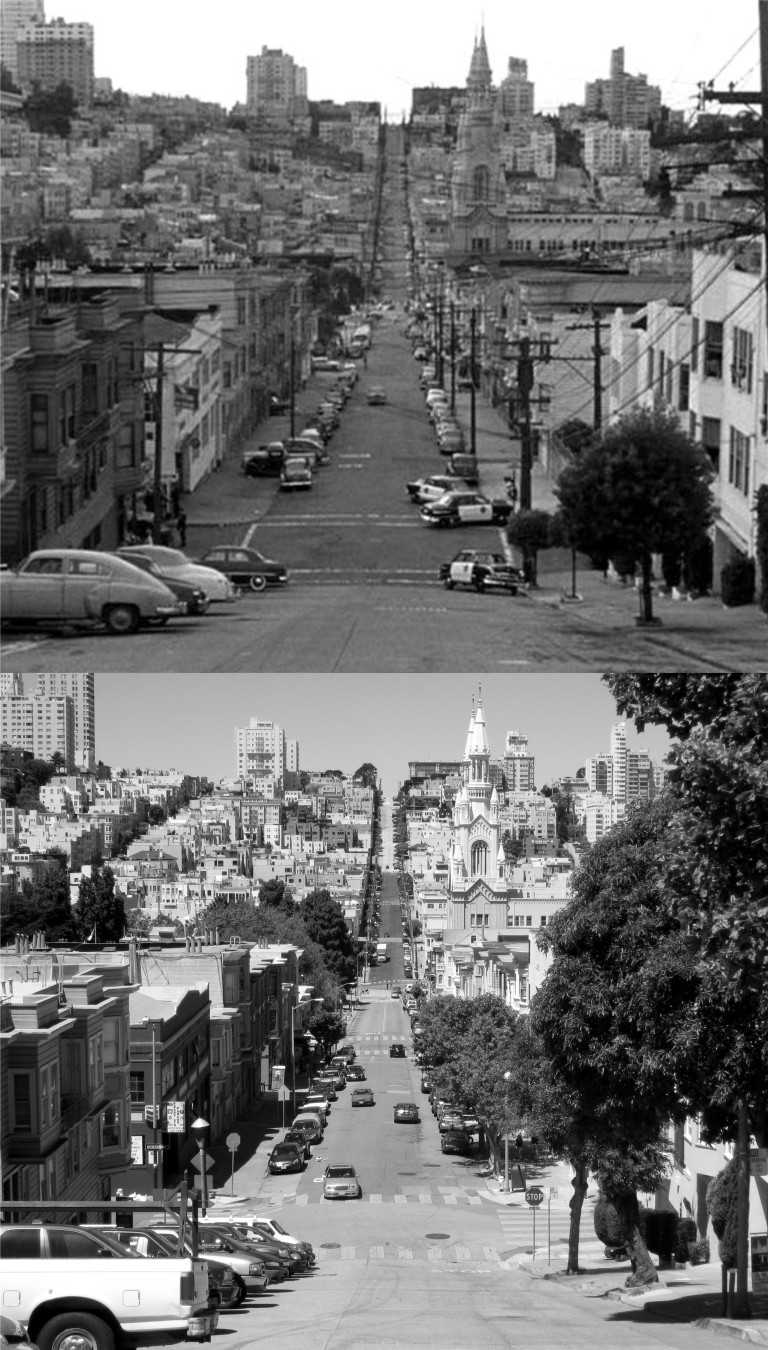 ‘The Sniper’ (1952) Police close off Filbert Street on Telegraph Hill in pursuit of Arthur Franz: 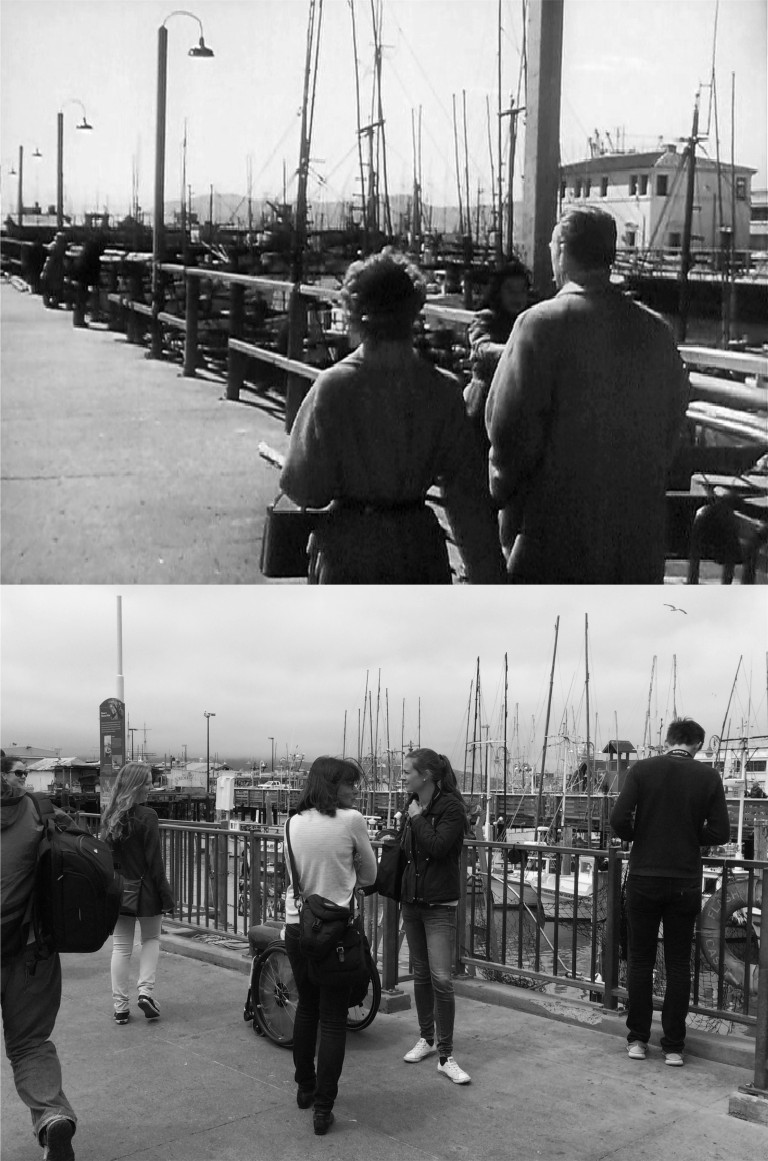 ‘Woman on the Run’ (1950) Ann Sheridan searches through San Francisco for her husband who is hiding from the mob: Here she is at the Fisherman’s Wharf boat lagoon with a “friend” who she doesn’t know is trying to kill her. A little fishermen’s chapel is now where the building on the right was. (Movie image, reelsf.com) 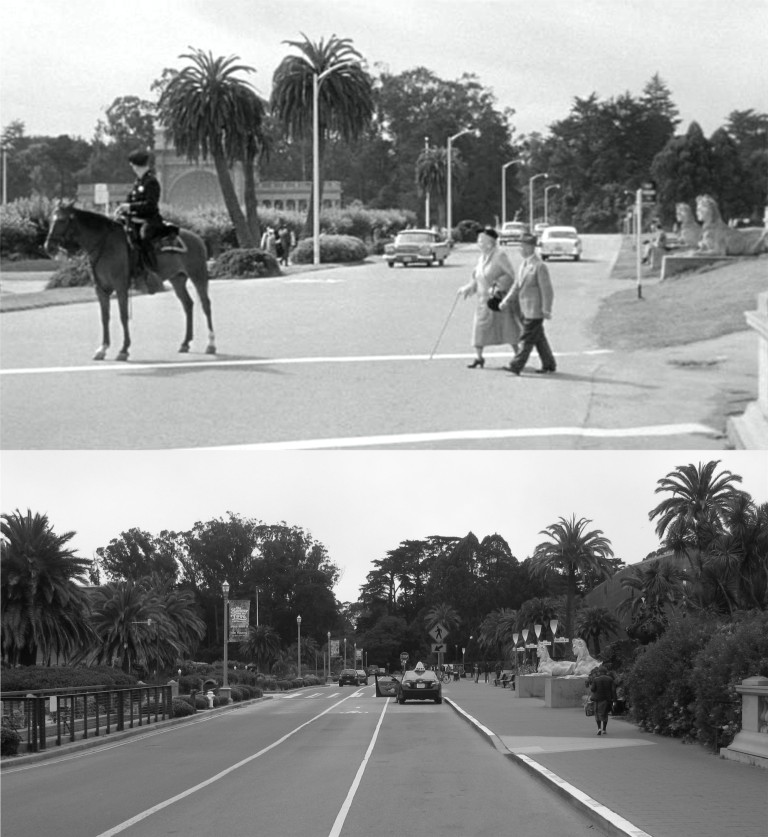 ‘The Lineup’ (1958) A sharp eyed cop spots hit man Eli Wallach in Golden Gate Park near the De Young Museum. The De Young has been rebuilt now, but the two lions in front are still there.

‘Mr. Soft Touch’ (1949) Glenn Ford stashes money that he stole from the mob in a trash can in Varennes Alley in North Beach: 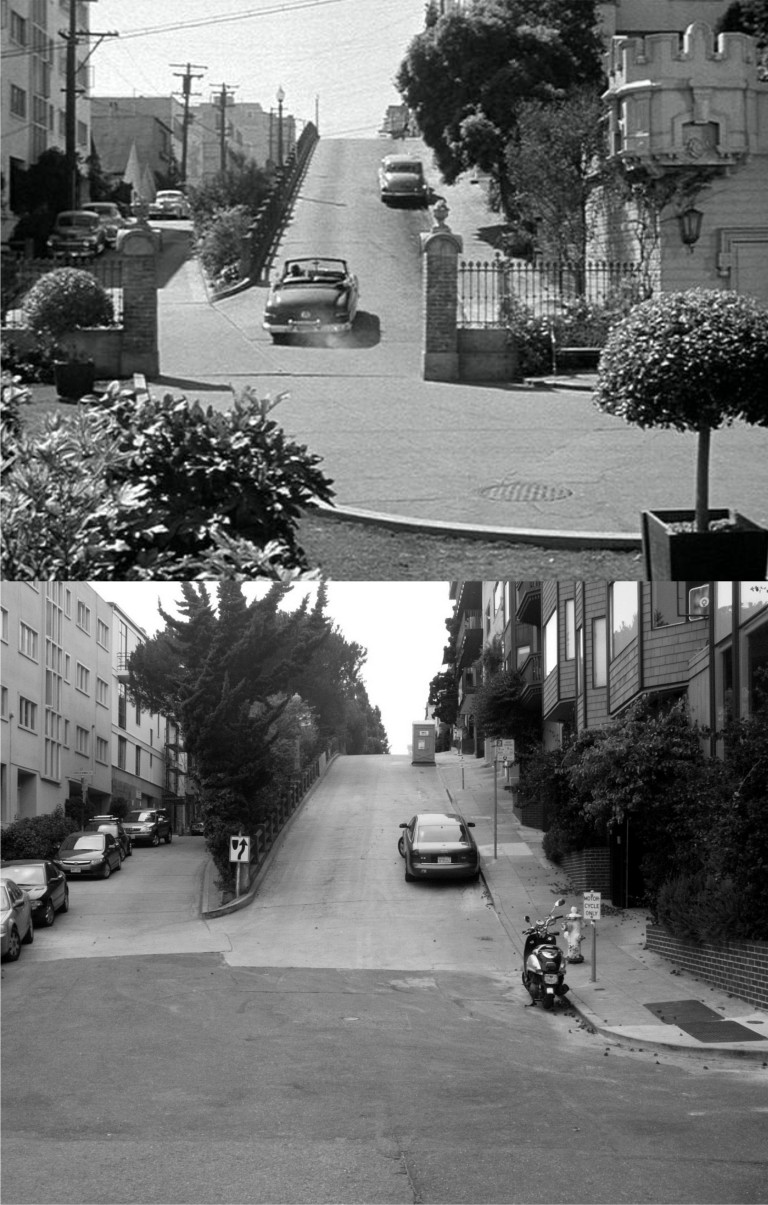 ‘The House on Telegraph Hill’ (1951) Valentine Cortese heads up Montgomery Street on Telegraph Hill not realizing that her brakes have been tampered with and that she’ll lose her stopping power when she gets to the top: 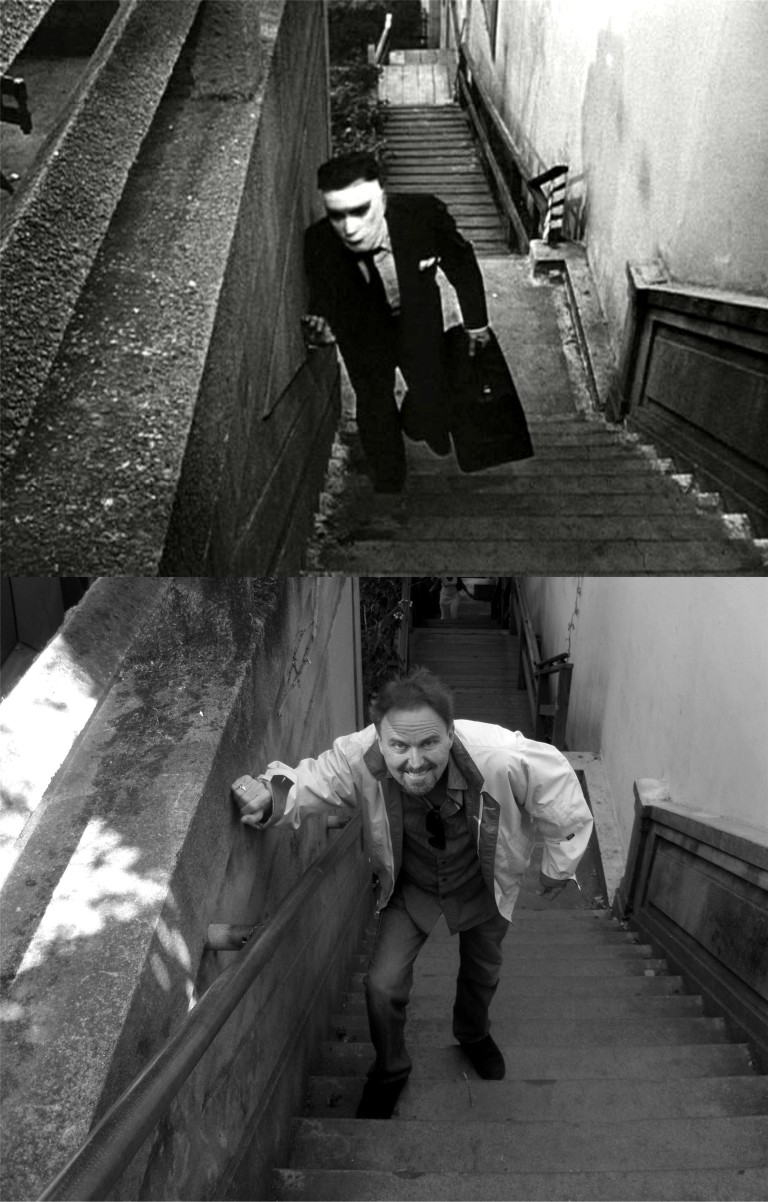 ‘Dark Passage’ (1947) A bandaged Humphrey Bogart after plastic surgery climbs the Filbert Steps on Telegraph Hill to get to his hideout at Lauren Bacall’s apartment. I couldn’t resist! 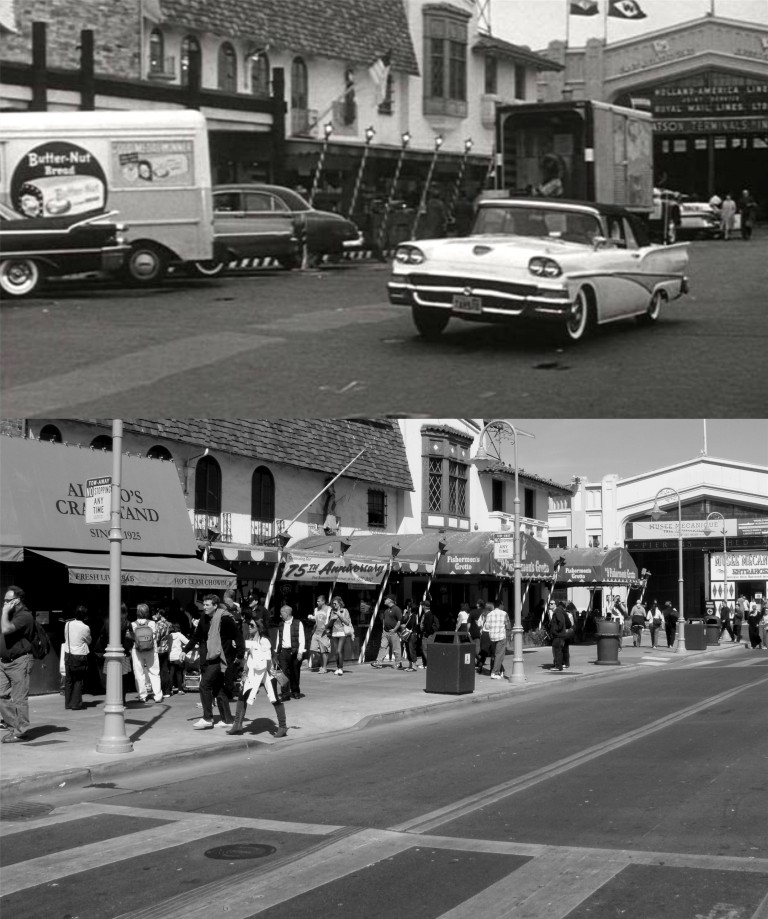 ‘Experiment in Terror’ (1962) Lee Remick parks at Fisherman’s Wharf to await a telephone call on where to deliver ransom money to free her sister Stefanie Powers: Probably the last film noir movie set in San Francisco.