“Buddy Boy” and “Papa Cop” finish up another day of violating somebody’s civil rights at the old Pier 18. Actually, they were pretty fair in the show. Pier 18 is gone now, but some of the old wooden supports can still be seen.

A bad guy in a obviously 1970’s outfit that was probably made into a couch eventually, walks past the Saints Peter and Paul Church at Washington Square in a Streets of San Francisco episode.

In what was, probably, the most scenic parking lot in San Francisco before they blocked the view with a building, Paul Michael Glaser of  television’s ‘Husky and Starch’, I mean, ‘Starsky and Hutch’ gets into fisticuffs with two parking attendants in a ‘Streets of San Francisco’ episode. What you get now in the parking lot is a lovely view of the back of an ugly building. 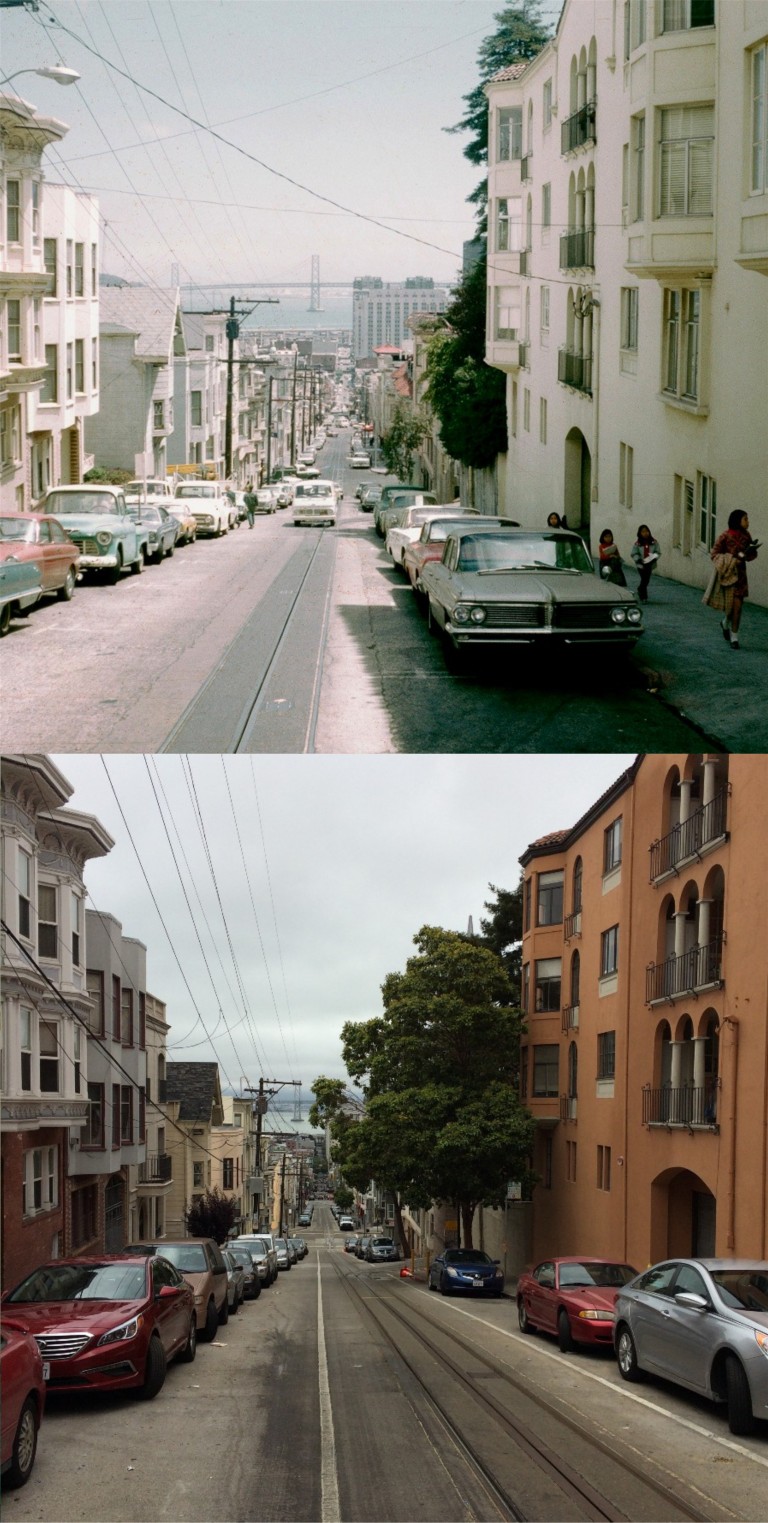 School children heading up Nob Hill from Chinatown on Jackson Street: I had to be on the other side of the street to get the Bay Bridge in now.

Goldie Hawn and her blind boy friend, played by Edward Albert, pass the City Lights Bookstore in North Beach in the 1972 film ‘Butterflies Are Free’. 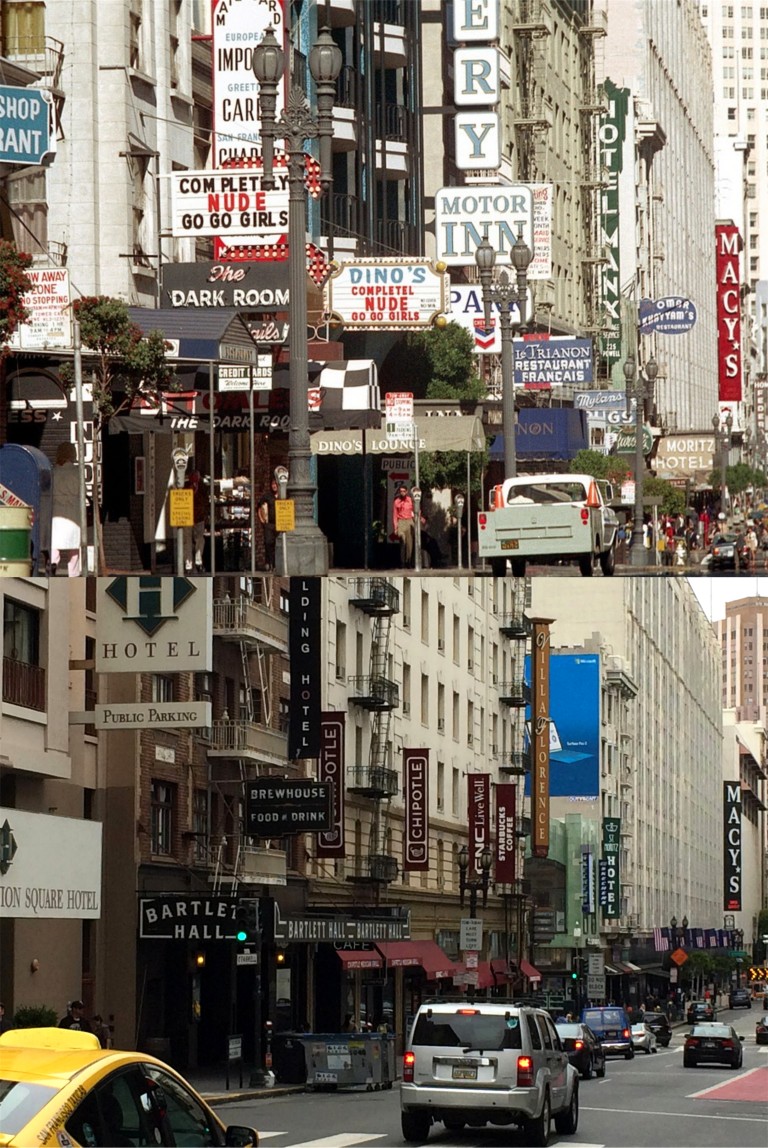