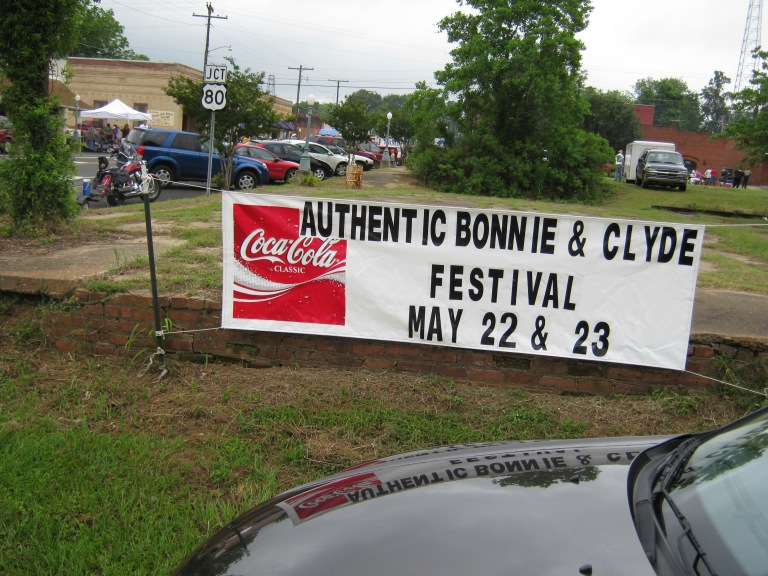 As far as I know they never came to San Francisco, but life isn’t always where “little cable cars climb halfway to the stars”. Far from San Francisco, and not too long ago, I toured the South and Southwest to do some then and nows on various Bonnie and Clyde locations. Here at Gibsland, Louisiana, is the town that Bonnie and Clyde left on the morning of May 23rd, 1934 to their killing ground. A festival is held every May here commemorating the event of their ambush by Texas Rangers. Thousands of people attend. 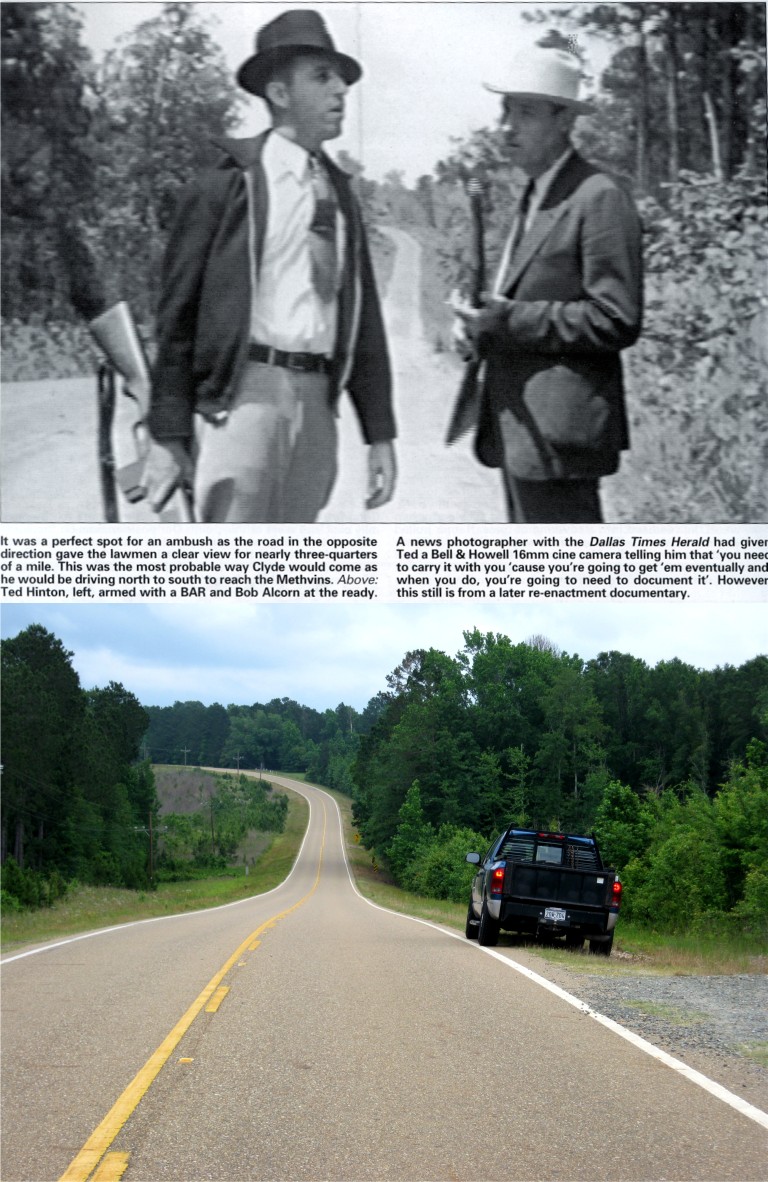 Two members of the killing posse reenact what happened at the spot Bonnie and Clyde were shot. Notice how the road still winds away similar to the way it did in 1934. 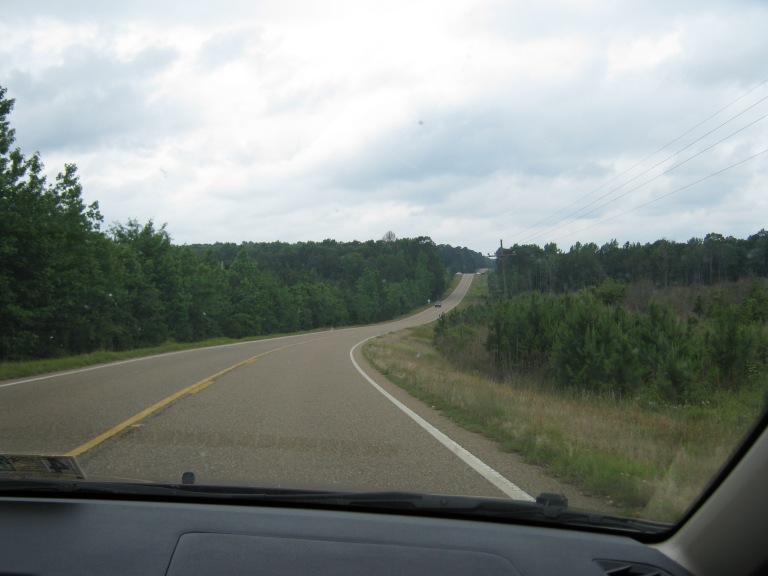 The ride to nowhere: I was sitting on the passenger side. The ambush spot is at the top of the hill. This would have been Bonnie’s view as they approached their doom. 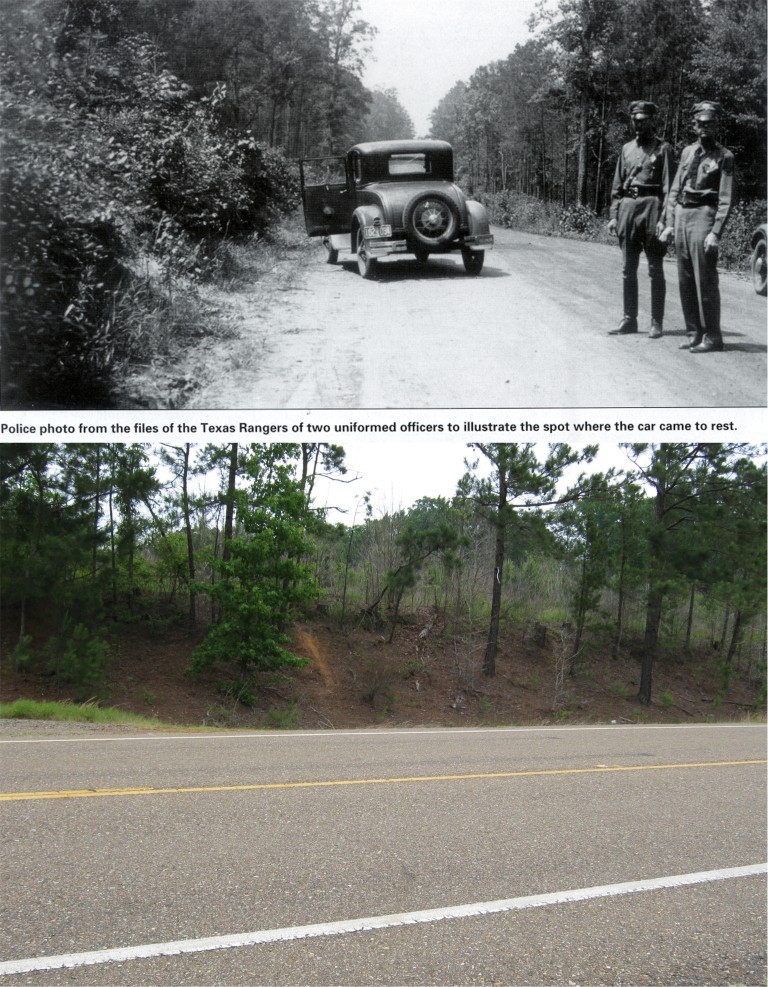 A police reenactment of where their car came to a stop after the shooting. The posse hid at the top of the hill where the trail goes up in the lower picture, and opened up on Bonnie and Clyde as their car passed by. The area was much more overgrown in 1934. 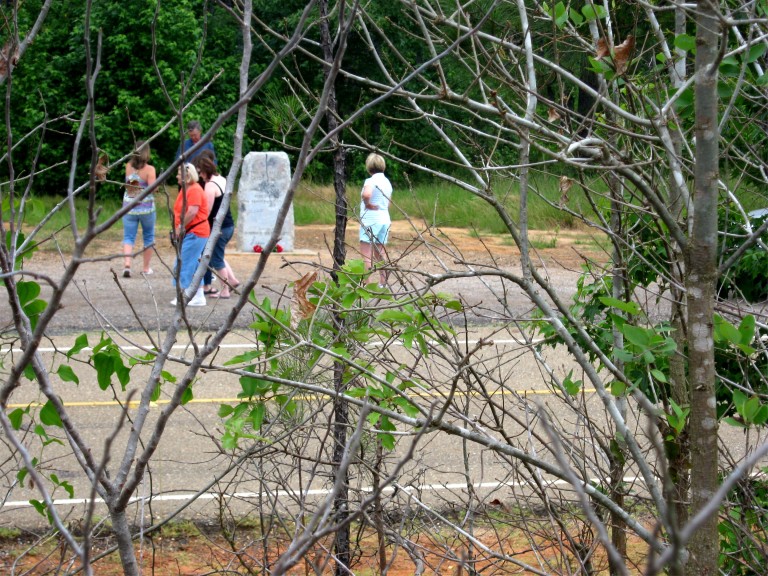 The posse fired down from where I’m at here on top of the hill.

The historical marker placed at the ambush location. Recently, a new marker was installed here to replace the old one that was there when I visited the spot. 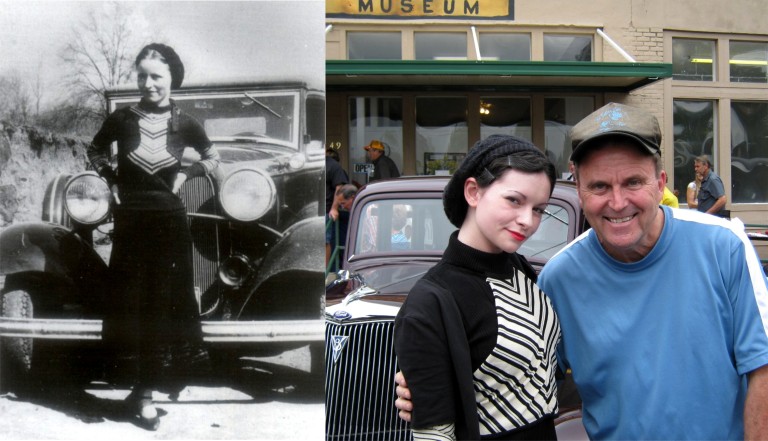 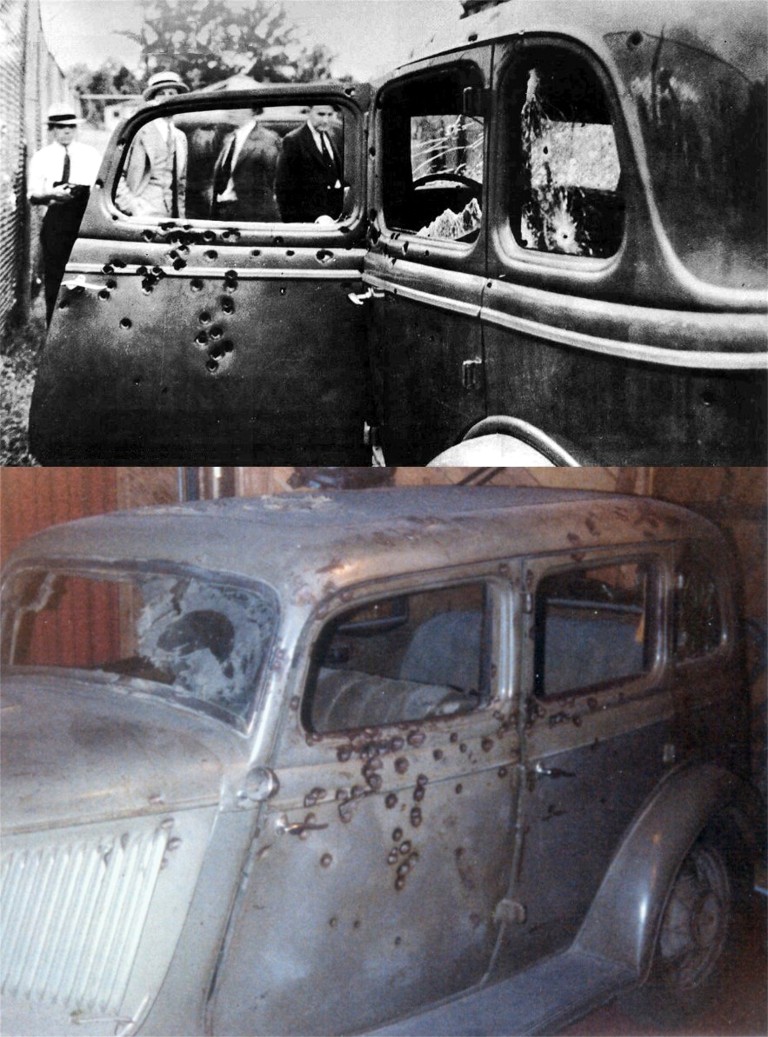 The Bonnie and Clyde death car after it was towed into town, and a picture I took of it in Nevada. This IS the real car they were shot in. 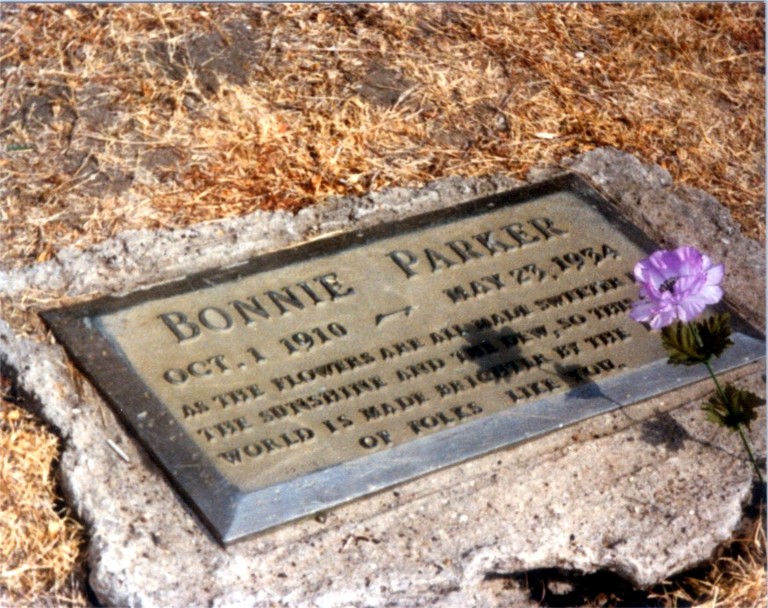 Bonnie Parker’s grave in Dallas Texas. The sentiment reads “As the flowers are all made sweeter by the sunshine and the dew, so this old world is made brighter by the lives of folks like you.” Only a loving mother could be that naive. I was on the trail of Bonnie and Clyde again just last Christmas on a visit to Texas. Here’s the link to that post.