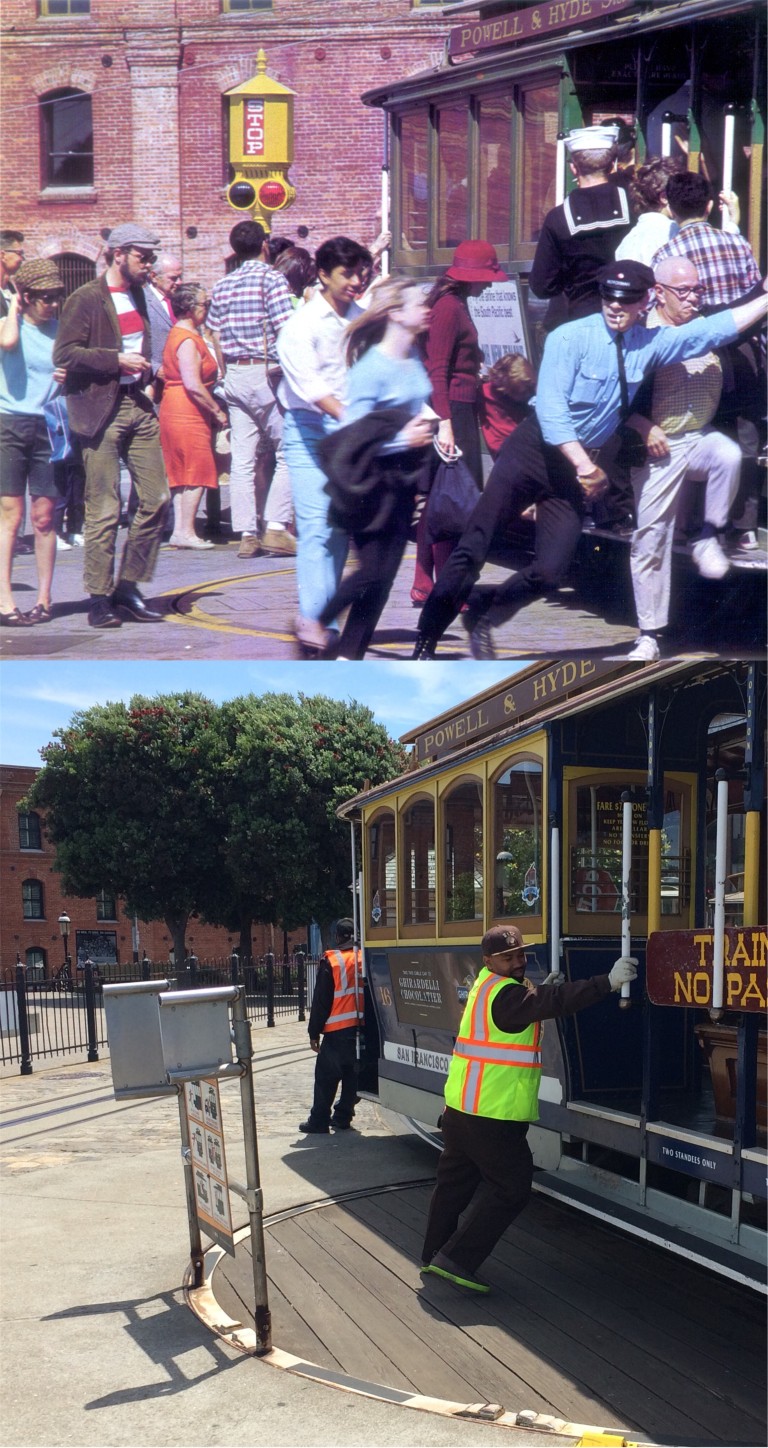 I love this picture! Taken at Aquatic Park across from the Cannery Building in 1960’s, it has elements of a 1930’s or 1940’s scene, such as the stop light or the sailor on the cable car. However, the star of the picture is the grip man with the cigarette in his mouth turning the car. Passengers are not allowed to climb aboard the cable cars as they turn on turntable anymore, but I can remember doing that.  (Glenn Christiansen)

I never get tired of pictures of Playland-at-the-Beach from Sutro Heights. However most pictures I’ve seen or have in my collection are from the 1920’s, 1930’s or 1940’s; I haven’t seen many from the 1960’s during the amusement park’s decline. Playland had gotten pretty old and tired by the time the top photo was taken.  (Vintage picture buzzfeed.com)

Sailors running in out of the rain at #9 Fishermen’s Grotto:  (Vintage picture buzzfeed.com) 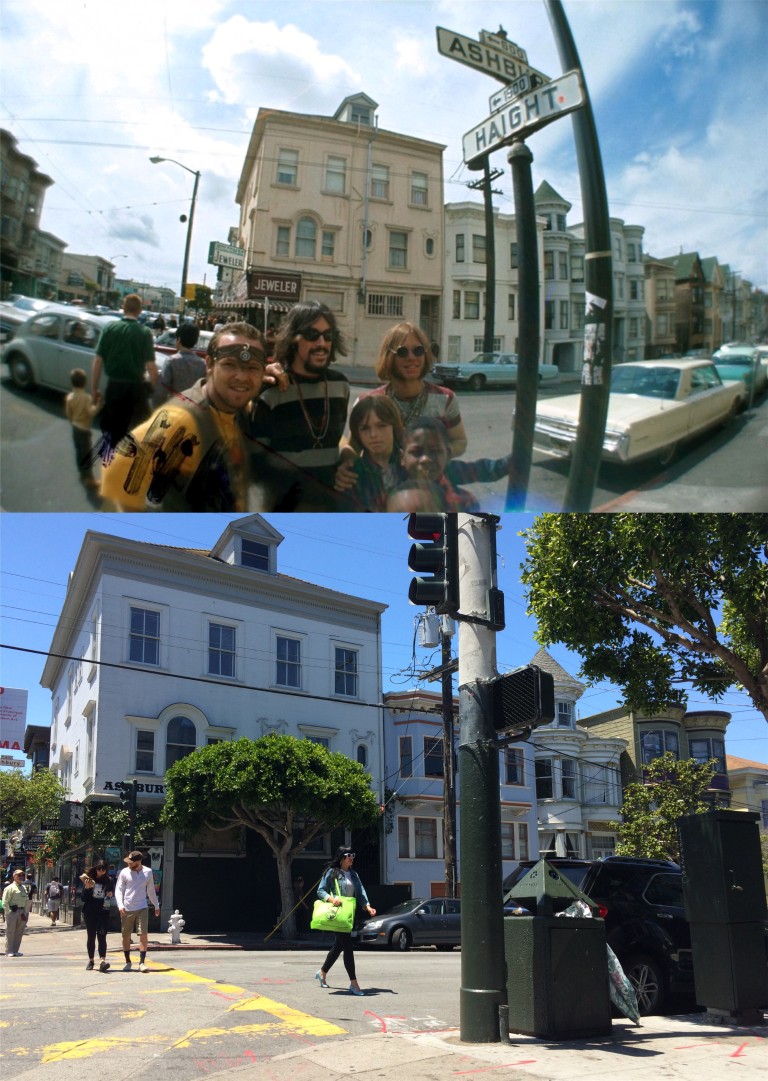 The corner of Haight and Ashbury in 1967: Wow, even the camera was on drugs!  (Vintage picture buzzfeed.com)

California Governor Ronald Reagan, and Mrs. Nancy Reagan on a Powell Street cable car heading up Nob Hill just north of Post Street in 1966: The building the Roos/Atkins store was in behind the cable was demolished in the 1980’s and the Saks Fifth Avenue Building is there now.  (Vintage picture buzzfeed.com)

Janis Joplin on the corner of Cole and Haight Streets in 1967: This one is, kind of, sad. Also, I wonder if back then Janis would have looked at the girl in the cross walk today and thought, “Wow, what’s with that?”  (Vintage picture buzzfeed.com)