We’ll begin on the old Cantilever Bridge portion of the Bay Bridge. Danny was with me on this visit in 2013, just before the eastern section here closed forever.

A quick stop on Treasure Island at the China Clipper Lagoon, during the 1939 – 1940 World’s Fair:

Never mind the tour buses that take you to the Golden Gate Bridge or to the top of Twin Peaks, I’ll take you to Treasure Island where the cleverest outhouse humor is. 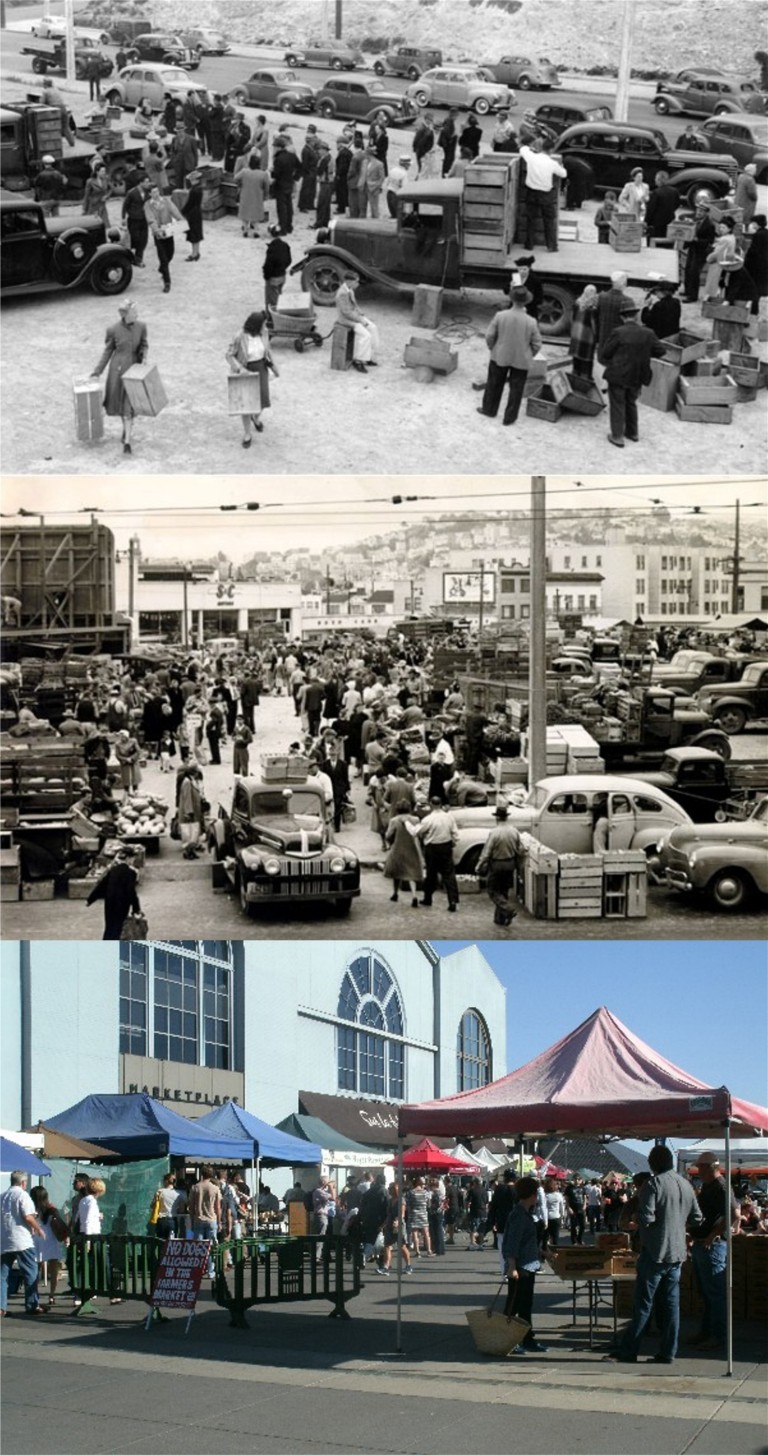 Next stop, the Farmers Market at the Ferry Building, which used to be at Duboce and Market Streets: “No Dogs Allowed”!!! 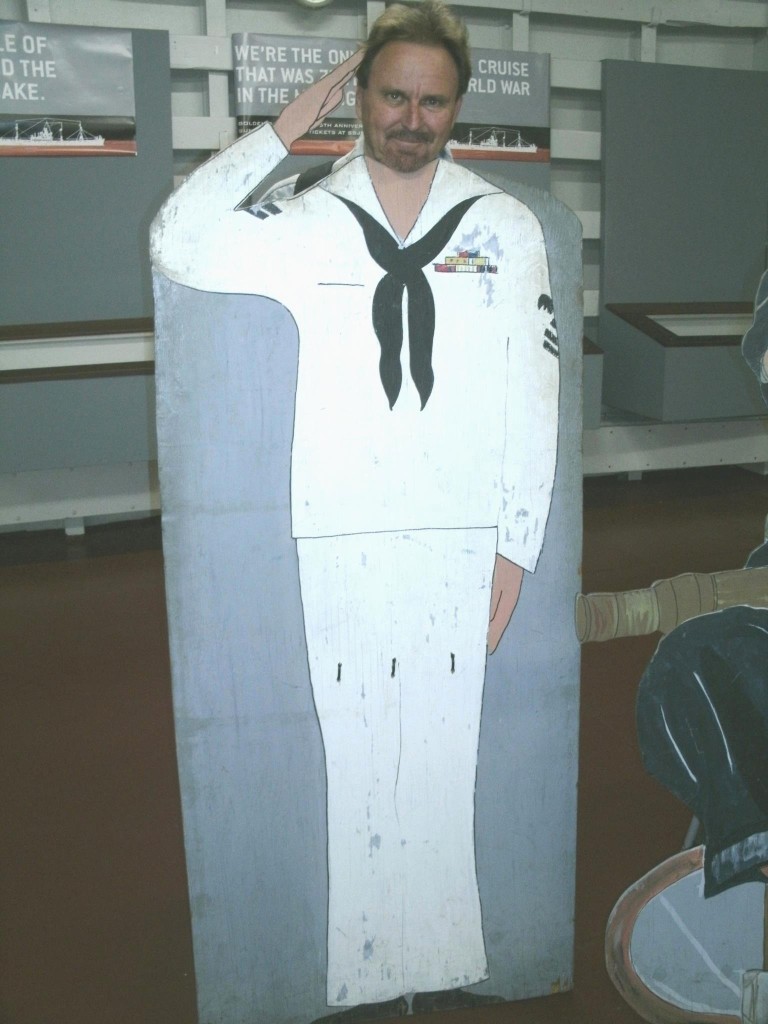 I’ve heard that girls love a man in uniform, so, we’ll visit the historic Liberty Ship, the Jeremiah O’Brien.

City Hall; that’s always a good place to stop in and tell the big shots what they’re doing right, and what they’re doing wrong…….. One of these days, I will! The Pioneer Monument Statue was moved half a block north from this 1915 picture when the new San Francisco Main Library was built.

Looking back down Sacramento Street towards Nob Hill from Franklin Street in 1915: The Old First Church at the bottom of the hill, built in 1911, is still there: Let’s see, we’re still heading west, aren’t we? Like the Beatles, I’ll follow the sun.

Dazed earthquake survivors watching the destruction of San Francisco from Alamo Square, where the “Painted Ladies” are, in April of 1906: Lots of nice grass around here……. “Danny!”

We end up at Ocean Beach; two old dogs at the Cliff House. That’s me and Danny in 1999, and in 2013. Danny wasn’t always that much impressed by the Cliff House, but he loved peeing in the Pacific Ocean. I lost Danny on September 9th 2015, and Ocean Beach has  been a little lonelier since. See the link below.