Not far from where I work, Heritage Park, bounded by C Street, D Street, Mission Blvd. and Watkins Street in Hayward, opened up last summer. The block was originally a park before the 1950 Hayward Library was built in the middle of it. The library was demolished several years ago, and the block is now a park again. Recently, commemorative markers were placed on the Watkins Street side of the park in remembrance of Executive Order 9066, signed by Franklin Roosevelt February 19th 1942; eighty years ago this Saturday. Japanese families were rounded up and sent to internment camps after Pearl Harbor. More than 600 members of these families were shipped off by bus here on Watkins Street. (Thumbnail images) 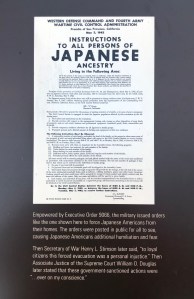 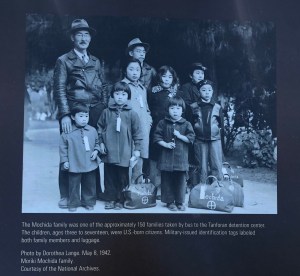 This is the spot on Watkins Street where the families, with the belongings they gathered, were taken away by bus.

One thought on “Backyard history”