More then and nows of vintage pictures from Skyscrapercity.com.

Looking east along Broadway from Russian Hill in 1880: There’s still a church at the same location as the church in the old photo, but the one there today was built in 1912. 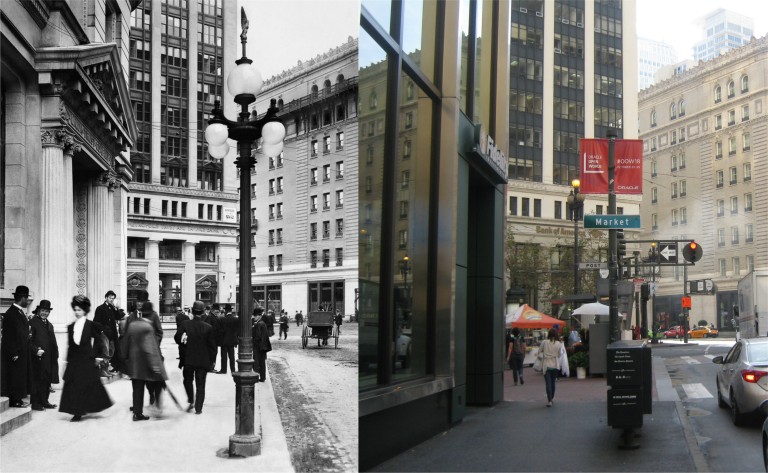 Montgomery Street, where it meets Post and Market Streets in 1909: That’s the Palace Hotel on the right.

Grant Avenue at Clay Street in 1957 from somebody’s car: I never noticed until I did this update, but I can’t even see the hood of my car when I’m driving!

Looking down Lombard Street in a less crowded 1963:

Jefferson and Taylor Streets at Fisherman’s Wharf in 1967: I don’t know who that fellow was handing out propaganda in the vintage picture, but I don’t think it was Jerry Garcia. 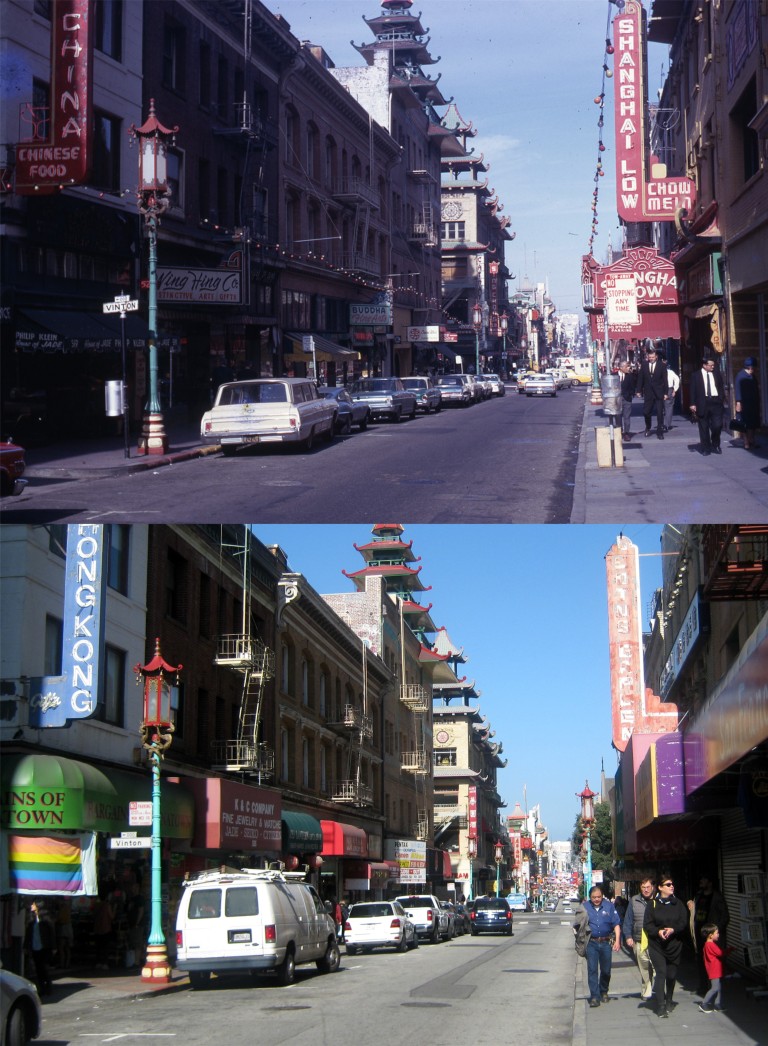 Chinatown, between Pine and California Streets in 1968:

Market Street at 6th, looking east in the 1920’’s: The building with the crown in the center of both photos is the Golden Gate Theater.

Market Street at 5th looking west in 1945: All those old movie palaces are gone!

3 thoughts on “These will keep me busy (Part two)”