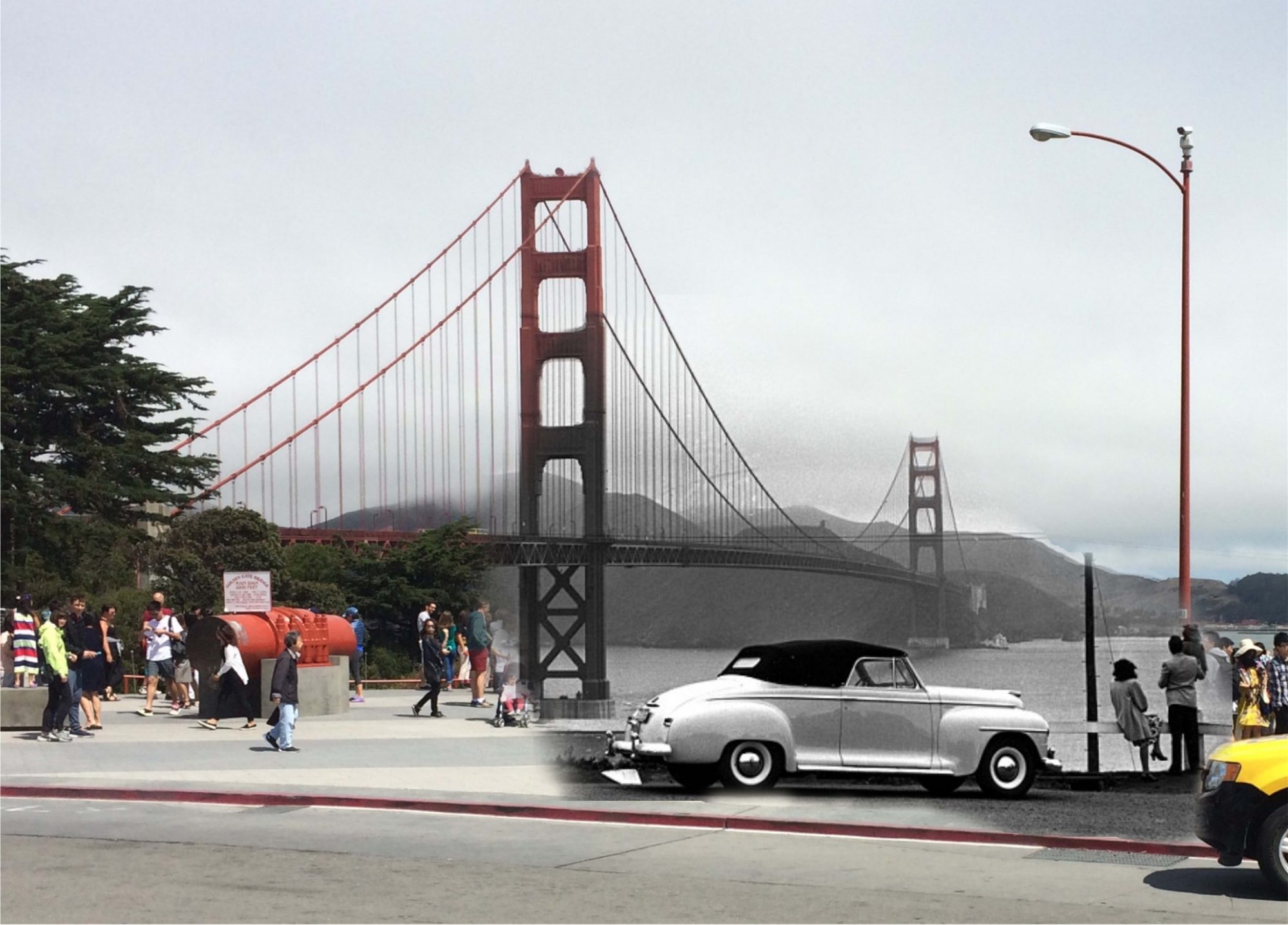 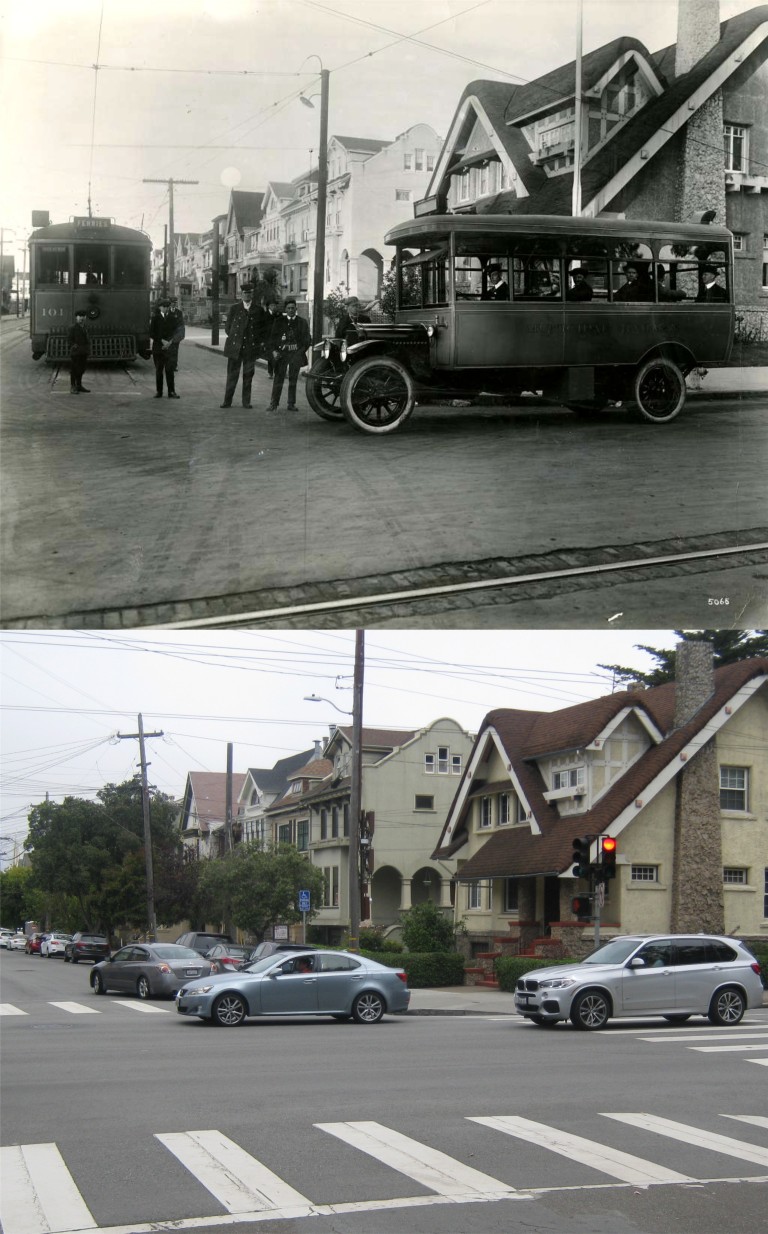 Fulton Street: A streetcar and a motor bus at Fulton and 10th Avenue next to Golden Gate Park around 1920. I’ll bet MUNI would like to have that in their vintage streetcars and buses collection! (SFGate) 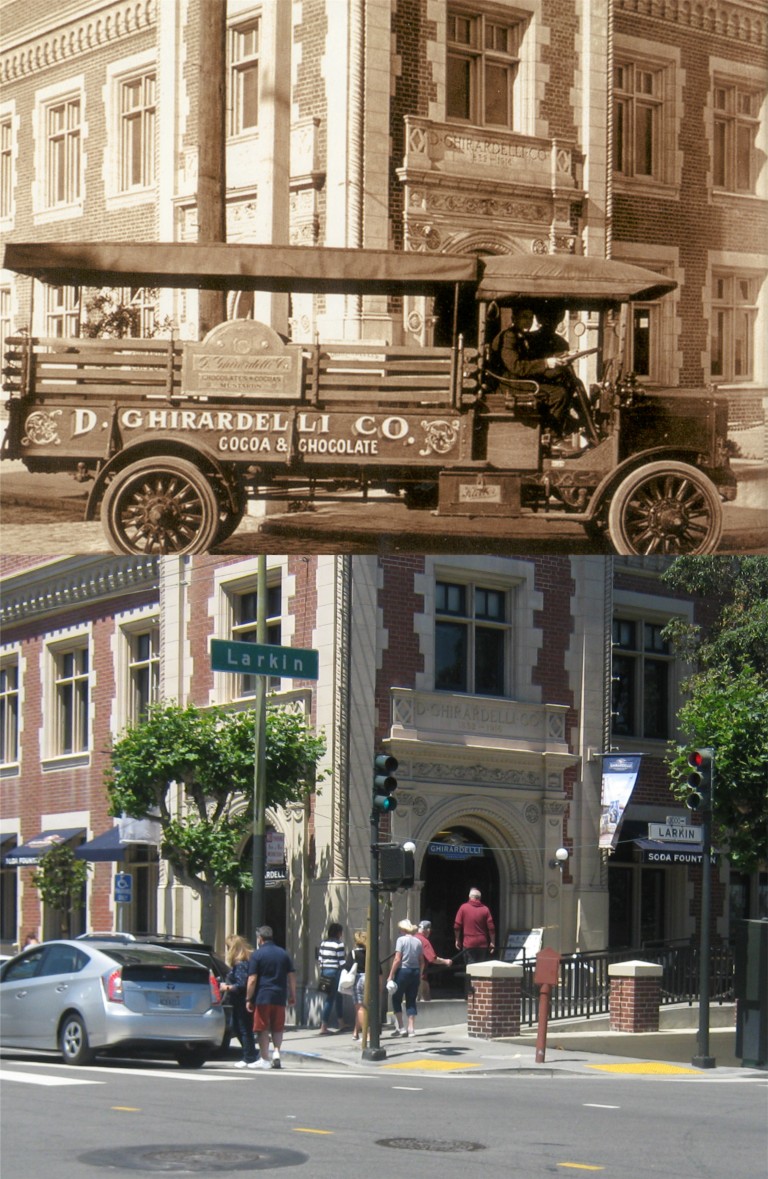 A chocolate truck at the Ghirardelli Building: This was taken at Larkin and North Point Streets, probably around the same time as the previous picture: 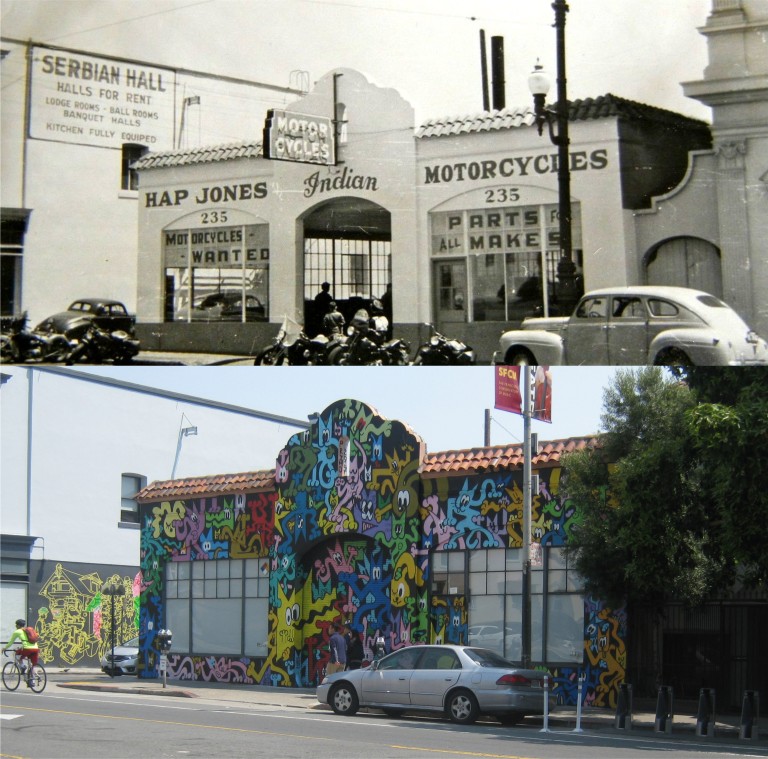 Hap Jones legendary motorcycle dealership on Valencia Street, south of Market Street in the 1940’s. Hap opened his motorcycle sales business here in 1937. The motorcycle shop is gone now, and the building certainly does have a different look today! I hesitate to admit it, but I like it! (Imageshack.com) 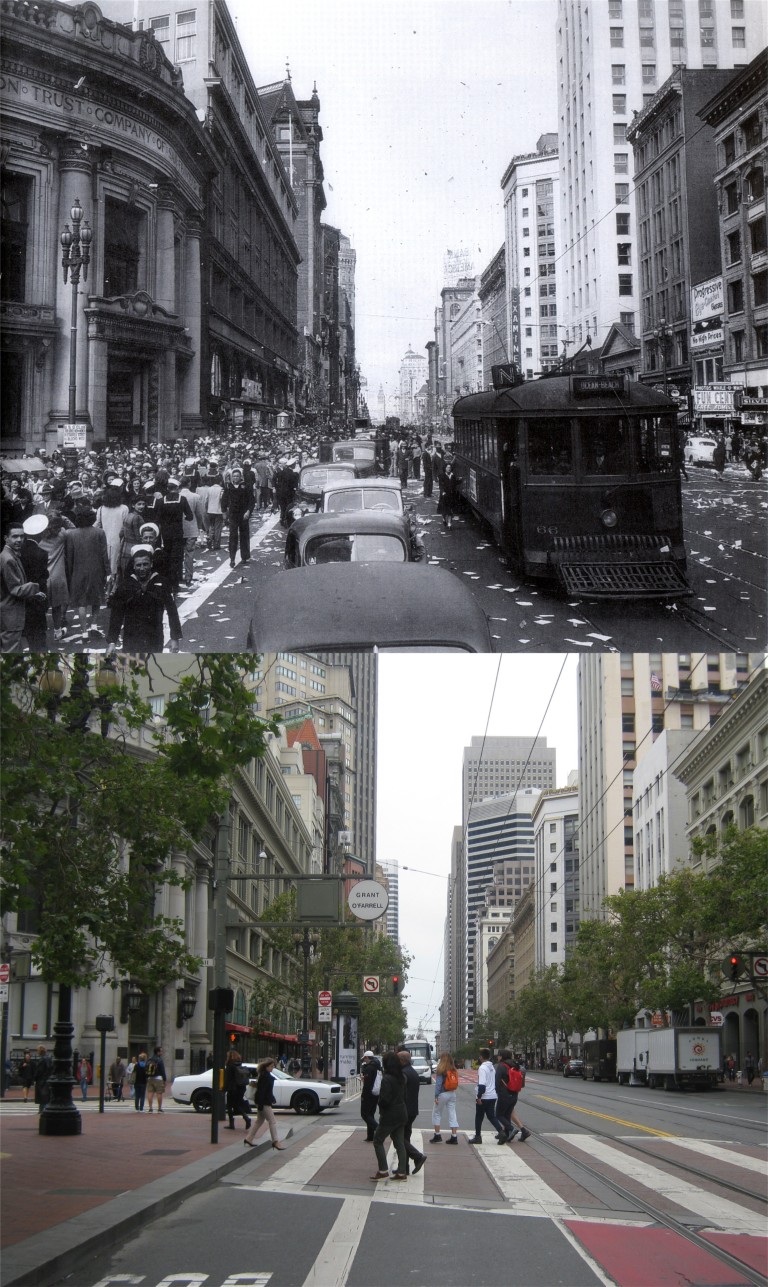 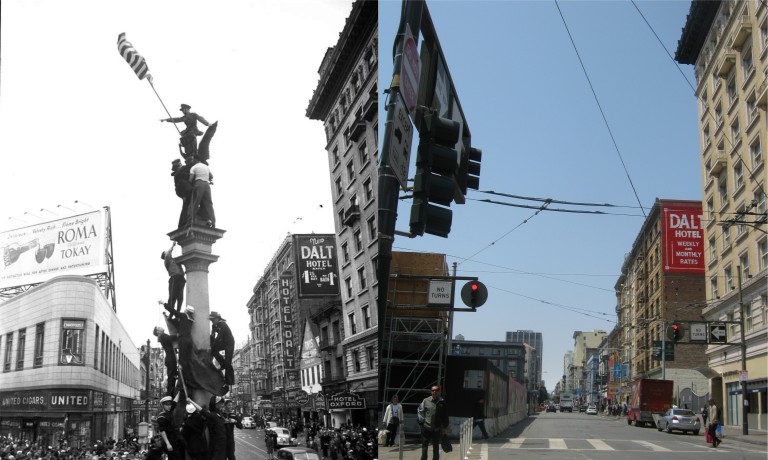 Turk Street Looking west from Mason, August 14th 1945: On the same day as the previous picture revelers climb the Winged Victory Statue that used to be about where I took the modern picture from. The triangle shaped building on the left in the vintage picture has only recently been demolished. 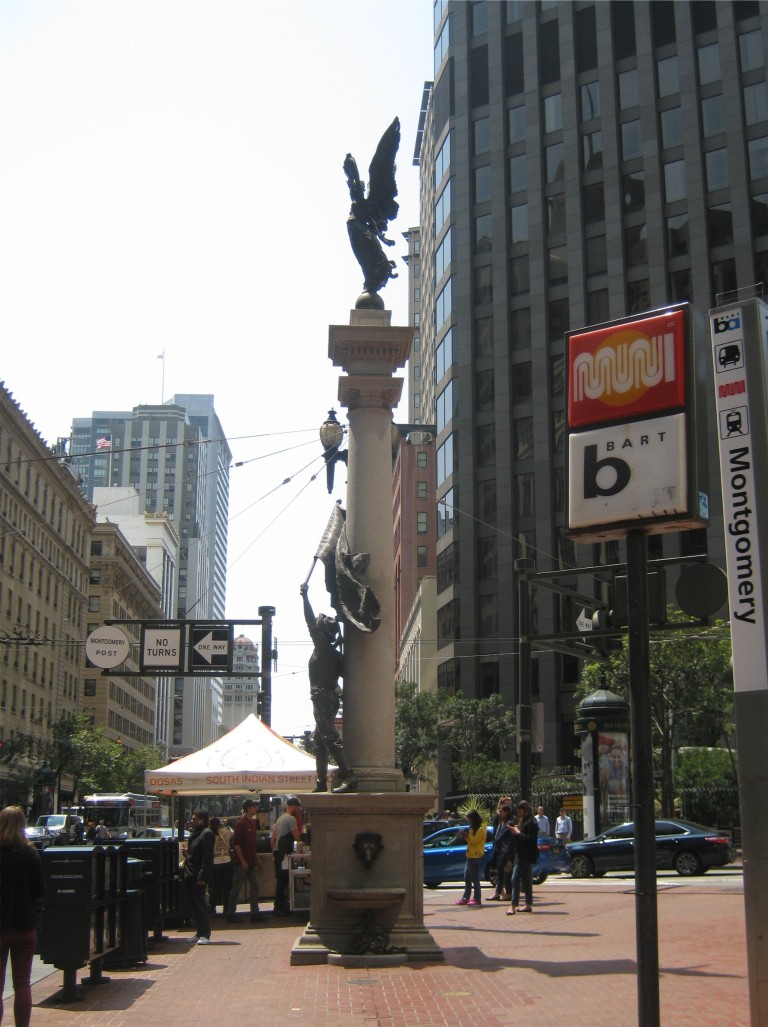 The Winged Victory Statue is now on the corner of Market and Montgomery Streets. 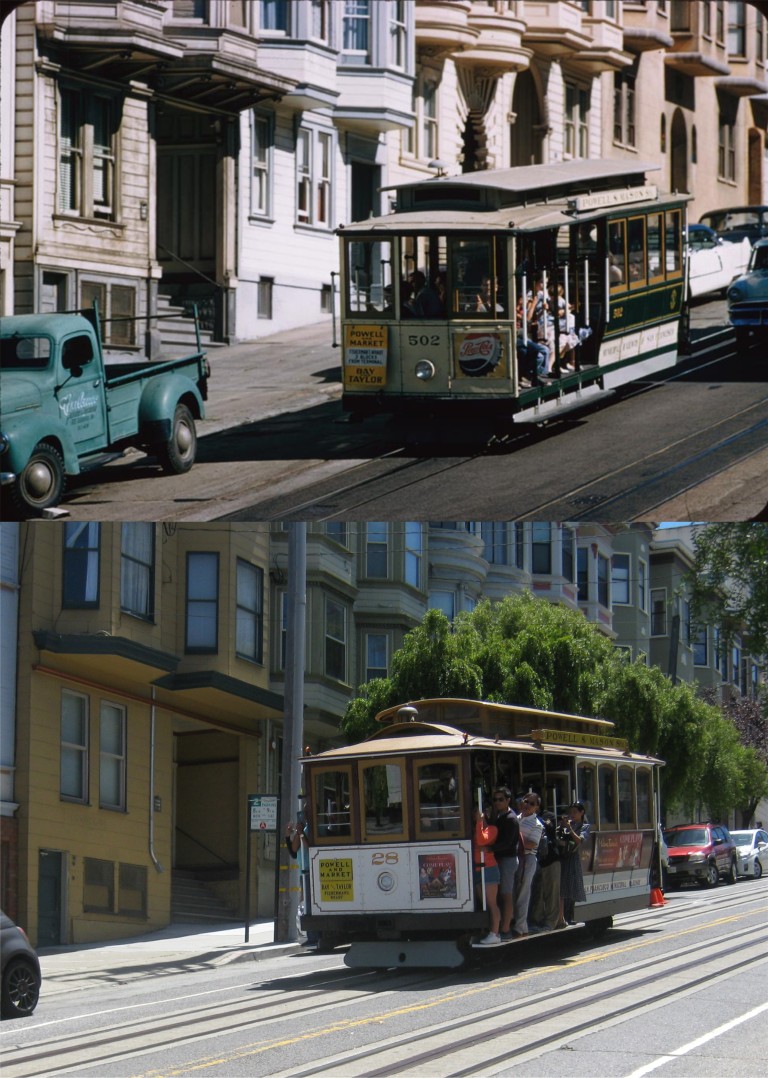 A cable car heading north on Mason Street near Greenwich in a Charles Cushman picture taken in 1957: 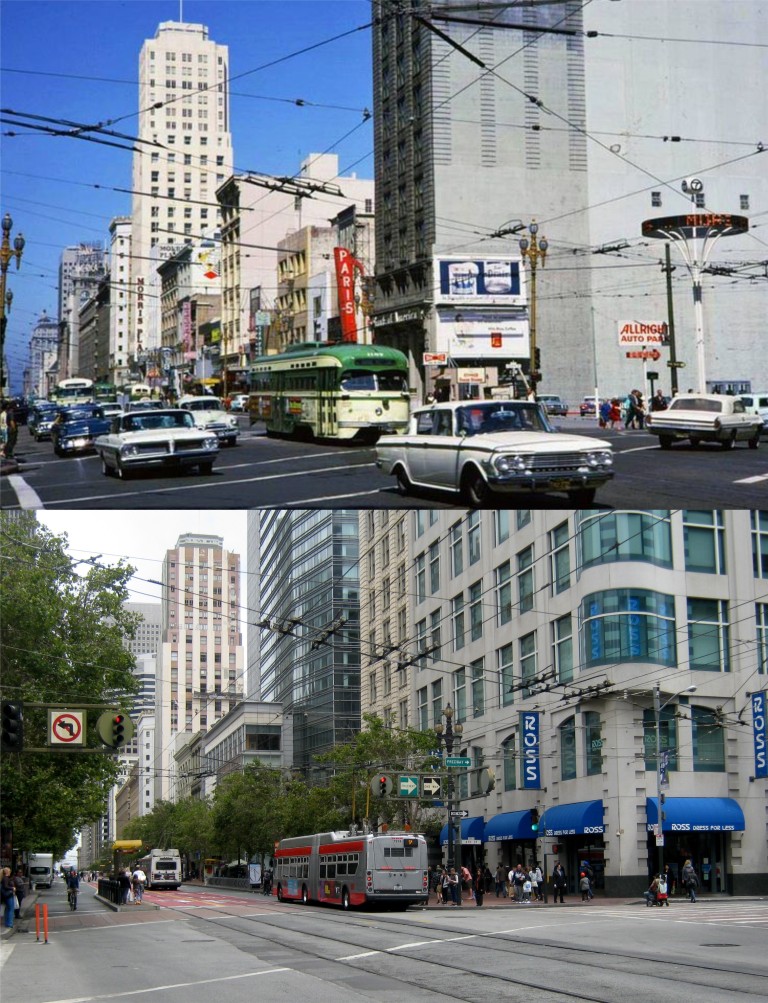 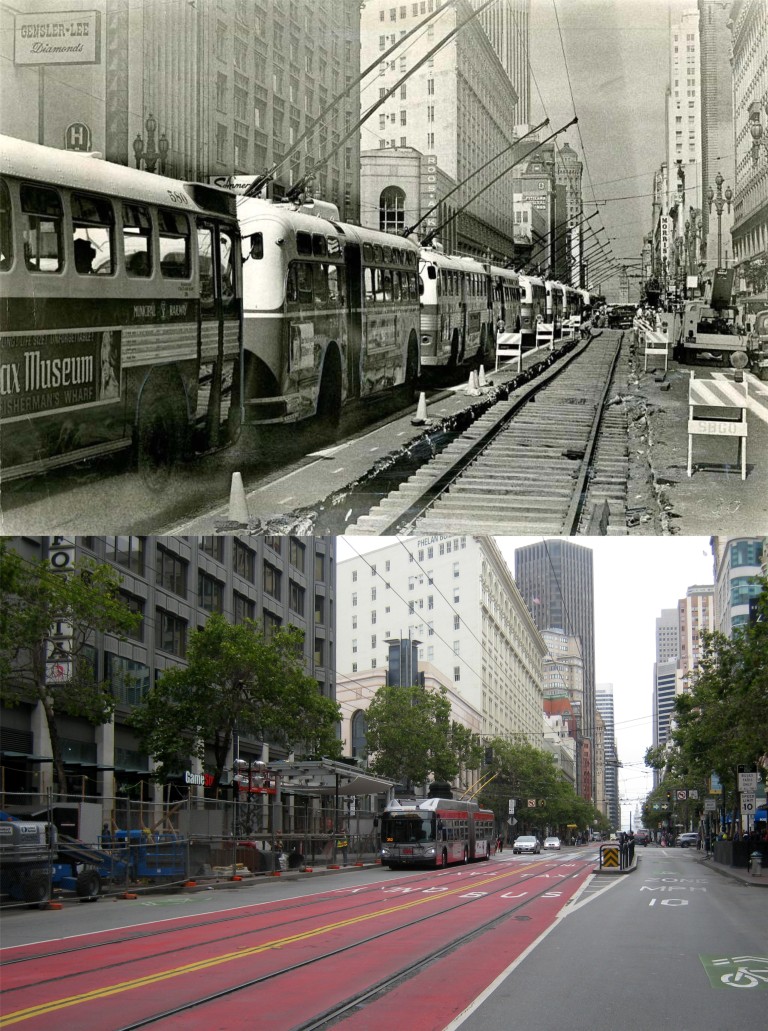 Another view of Market Street looking east in 1967: These were taken between 4th and 5th Streets. That’s a lot of buses! I only got one in mine. (SFGate) 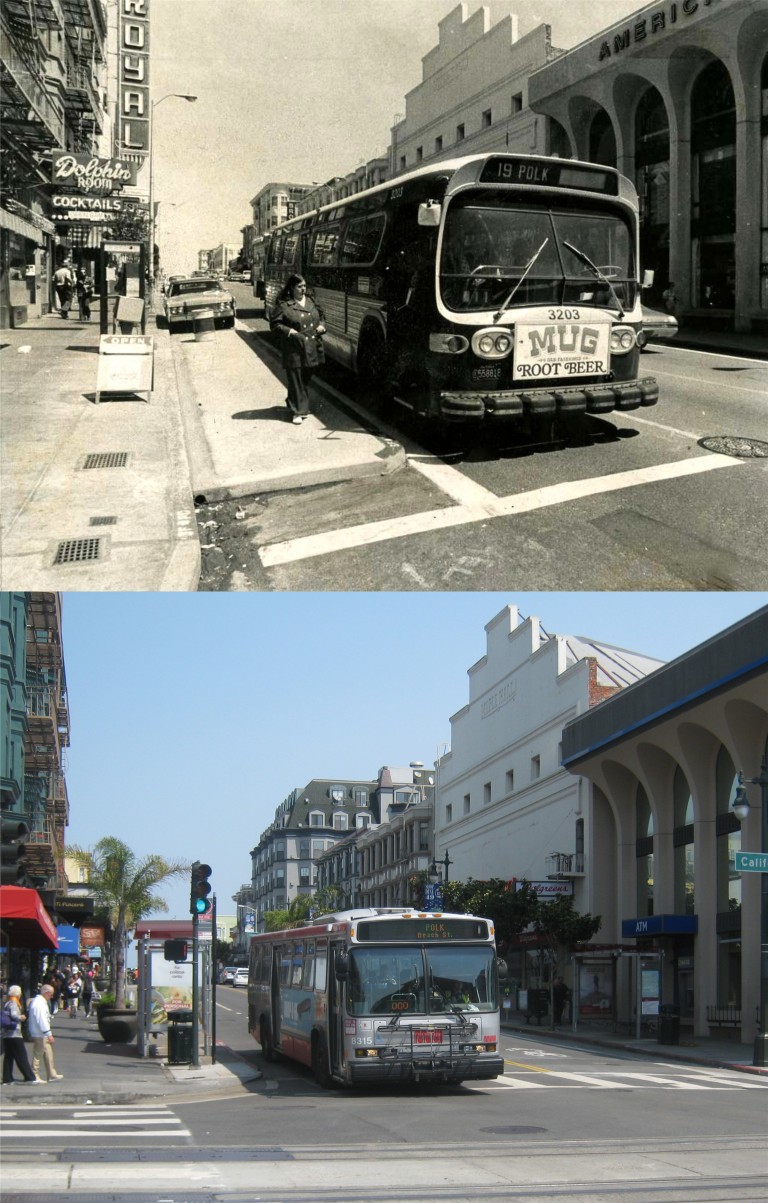 Polk Street looking north from California Street in 1974: Mug Root Beer ads were on MUNI buses all over town back then, including one in a scene from the 1971 film ‘The Organization’ starring Sidney Poitier. (SFGate)