Photoshopped then and now images are fun to look at, but I don’t post many because I’ve always felt that for the novelty of the images you give up a lot of the frame of both pictures to get a good overlap. Besides that, they’re also a lot harder to do! Still, they can make an interesting comparison. Here’s a few from some of my pictures I’ve previously posted.

The Golden Gate Bridge Promenade in the 1940’s: 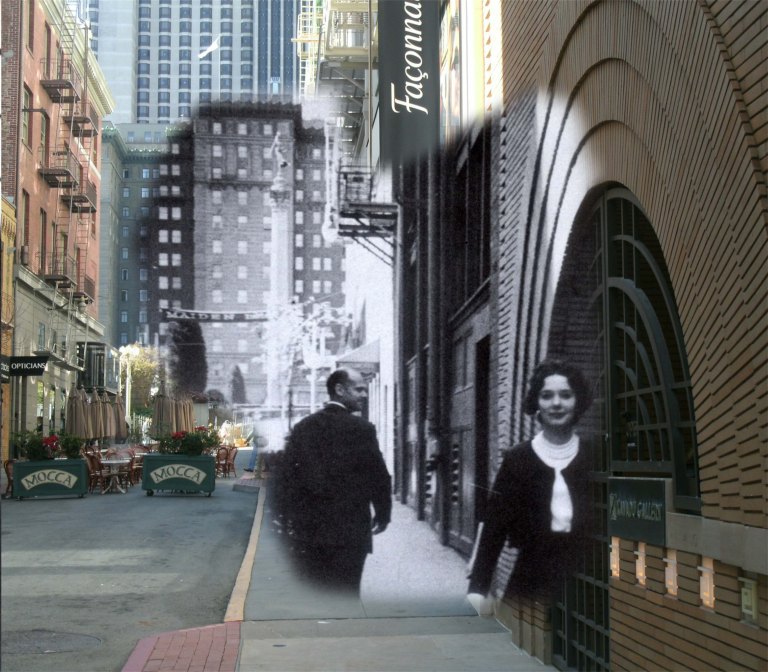 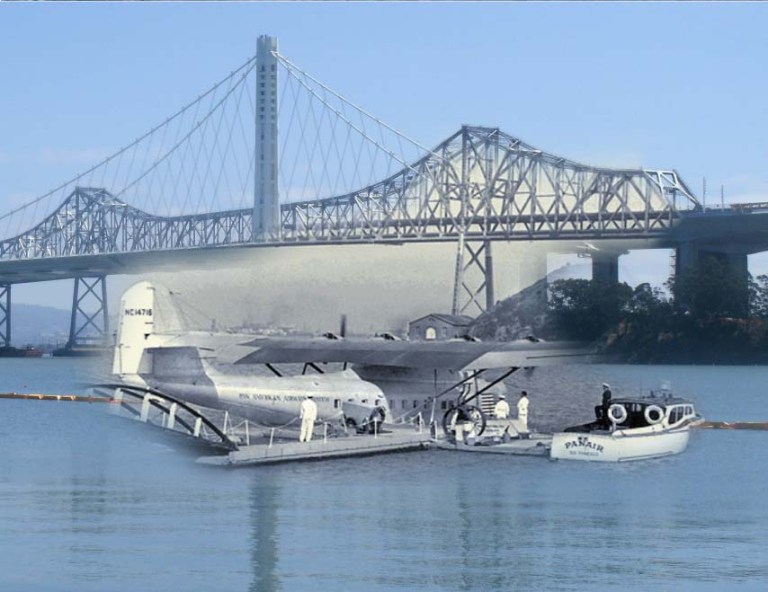 Clipper Cove at Treasure Island: When I took the recent picture of the new eastern span of the Bay Bridge the old cantilever bridge hadn’t been demolished yet. 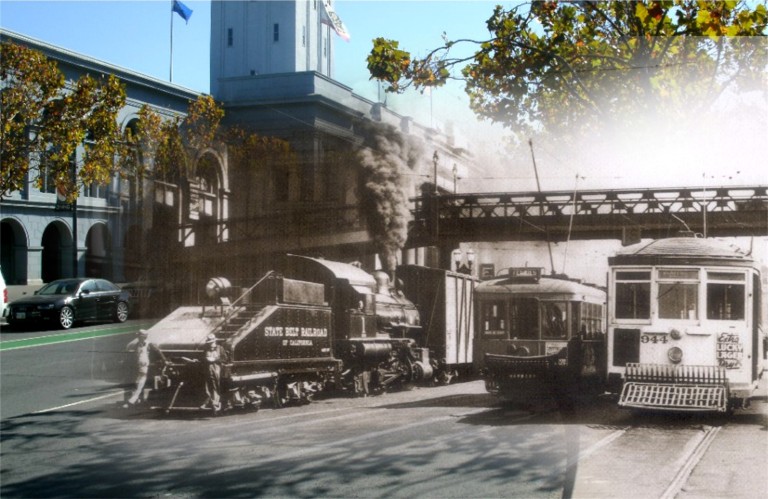 When trains and streetcars roared under the Ferry Building Pedestrian Bridge

Bathing Beauties at Aquatic Park in 1939: