The summer crowds are almost here and soon you won’t get a seat on any of the vintage streetcars that run along Market Street to Fisherman’s Wharf on the Muni F Line. I thought I’d take a ride to the Wharf for lunch today while there’s still sitting room in the cars. The vintage pictures are from OpenSFHistory.org. No matter what part of San Francisco you’re exploring you’ll find wonderful pictures of that area from a different time on their site.

I hopped on the F Line in front of the Ferry Building, but not on this one. Like the cute girl in the old photo, I caught one going in the other direction. 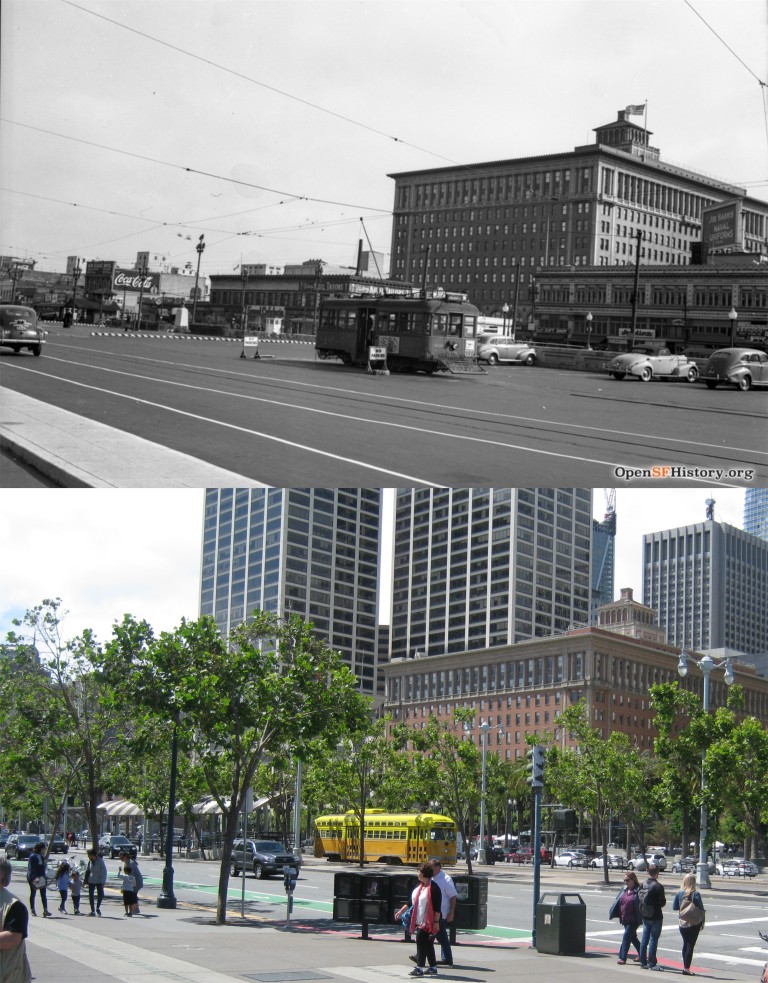 I waved goodbye to the old Southern Pacific Building as we started off; it may be hours before I return!

Wow, look at all of the people at Pier 15 heading out to Fisherman’s Wharf in September of 1937! It looks like I picked the right year to go there!

I had the best spot in the house standing at the back of the old number 1895 streetcar built in Milan, Italy in 1928. 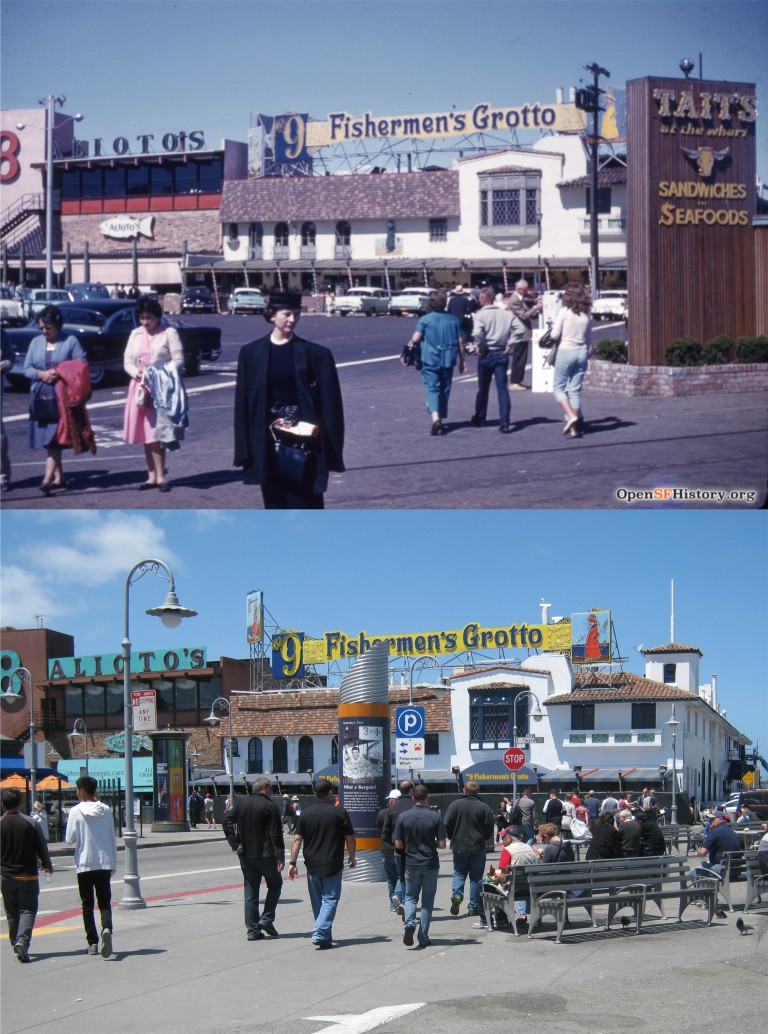 I jumped off at Fisherman’s Wharf, feeling slightly under dressed in my old Giants Jersey as compared to that femme fatale from circa 1960 in the center of the old photo. 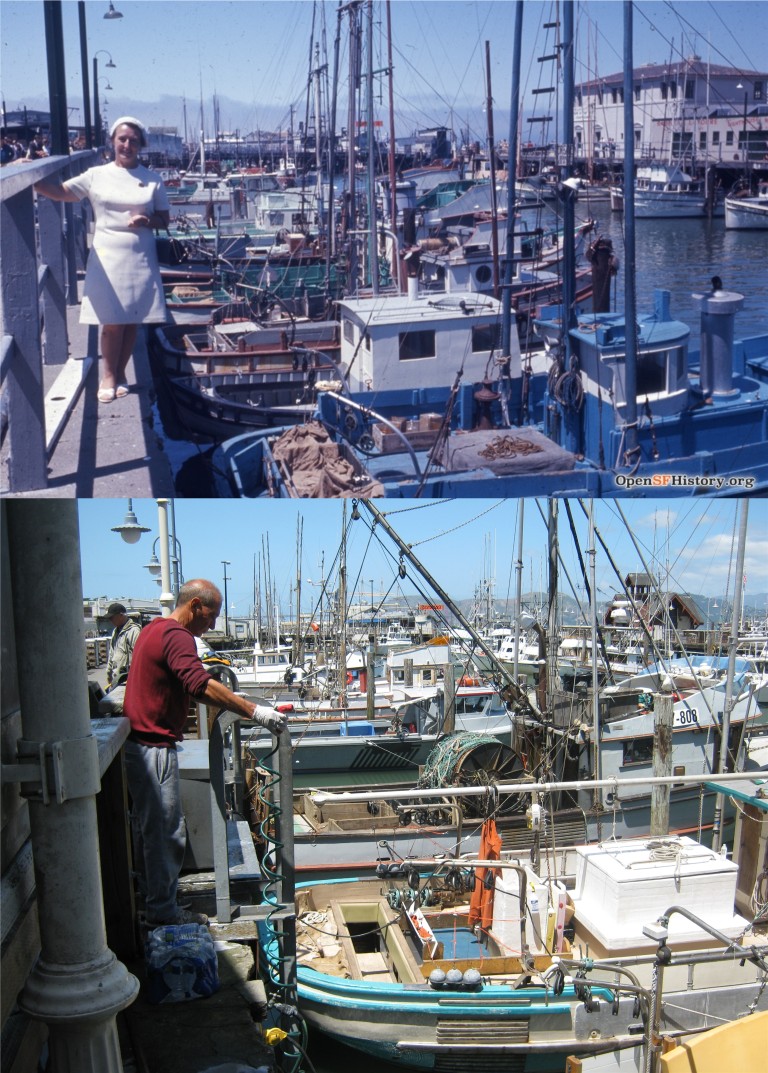 After taking a pleasant walk around the fishing boat lagoon, I headed into Alioto’s for lunch.

“I’ve almost got the picture lined up, just a little more to your left, lady.”

I think I’m over using that morbid joke. A little chapel for the fishermen is now where the large building at the far right in the 1950’s photo was.