This collection is a close up look at some of the sites of San Francisco.

No seals on Seal Rocks anymore: Actually, they weren’t seals anyway, they were sea lions. They moved to Pier 39 during the 1990’s, (the sea lions not the rocks) but I’m not sure they are still hanging around there anymore, either. 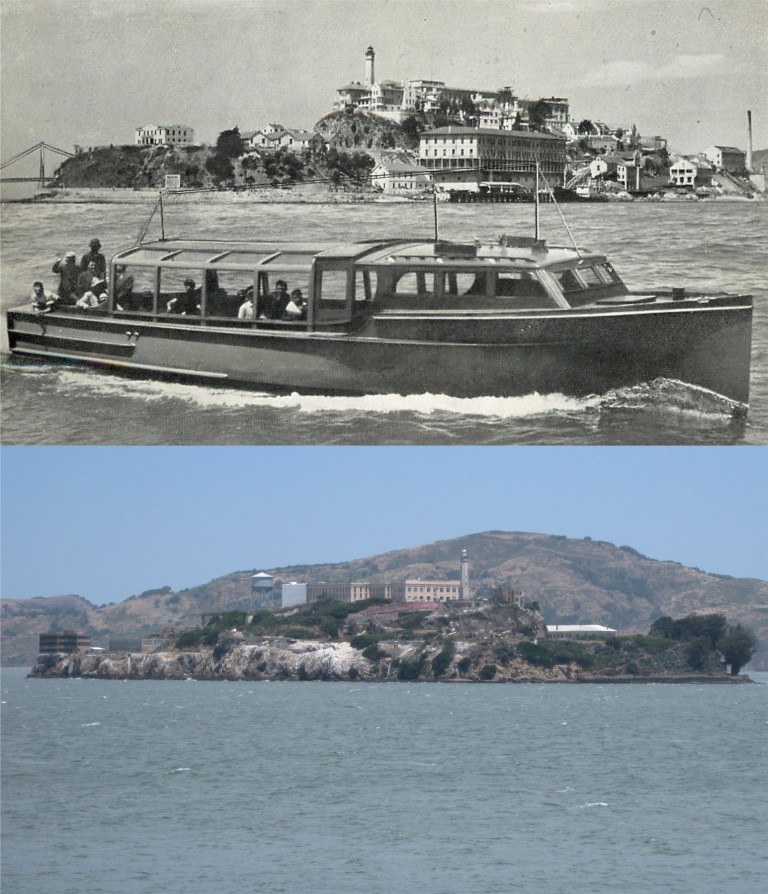 Up close to Alcatraz in 1940 when it was still a federal prison: My picture is from the other side but it’s still “The Rock”.

Up close to the G. G. B.: It wasn’t as sunny of a day when I took my picture and I’m not sure that the 1950’s phonychrome color in the older picture was all that accurate. 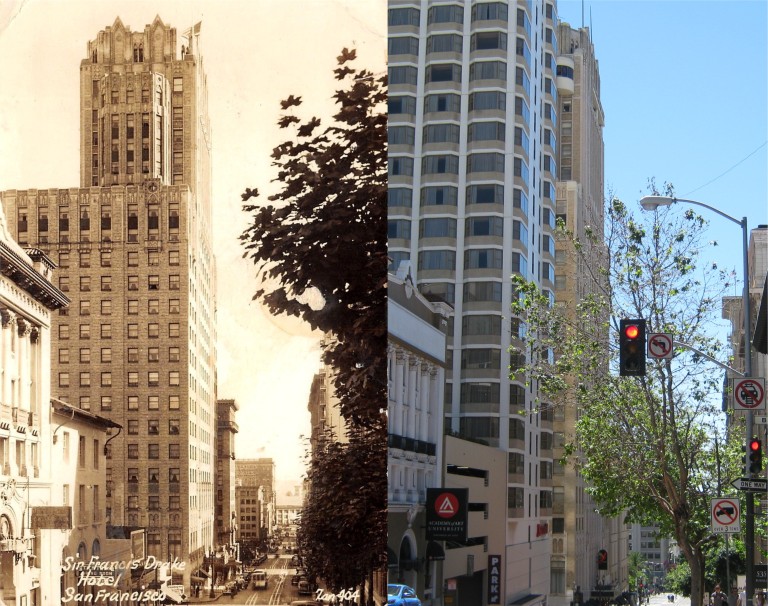 Up close to Chinatown: Actually, most pictures of Chinatown are up close. Nestled among the steel and glass jungle of Downtown San Francisco, about the only way for the public to get a distant view of Chinatown is from Coit Tower or the Top of the Mark.

Up close to the Flood Building in 1908: Somebody is writing to “Mamma” saying that he or she missed seeing this building during their San Francisco trip. It’s too bad because it’s one of San Francisco most historic buildings.

The top photo is a scene at Pier 45 in Fisherman’s Wharf from the 1950 film noir movie ‘Woman on the Run’ with Ann Sheridan. The bottom photo is more like something from Hammer Horror Films.