Enjoying a relatively calm Veterans Day in Downtown San Francisco: In a few more weeks it will be Black Friday and this area will look similar to the Oklahoma Land Rush! 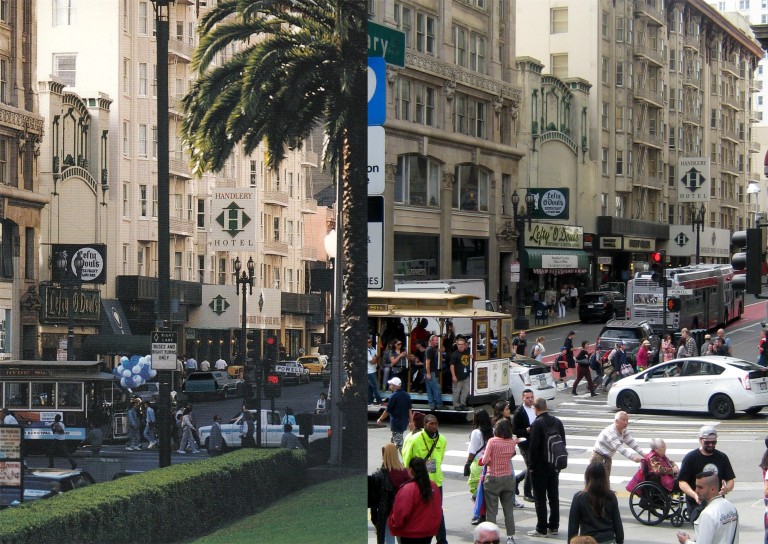 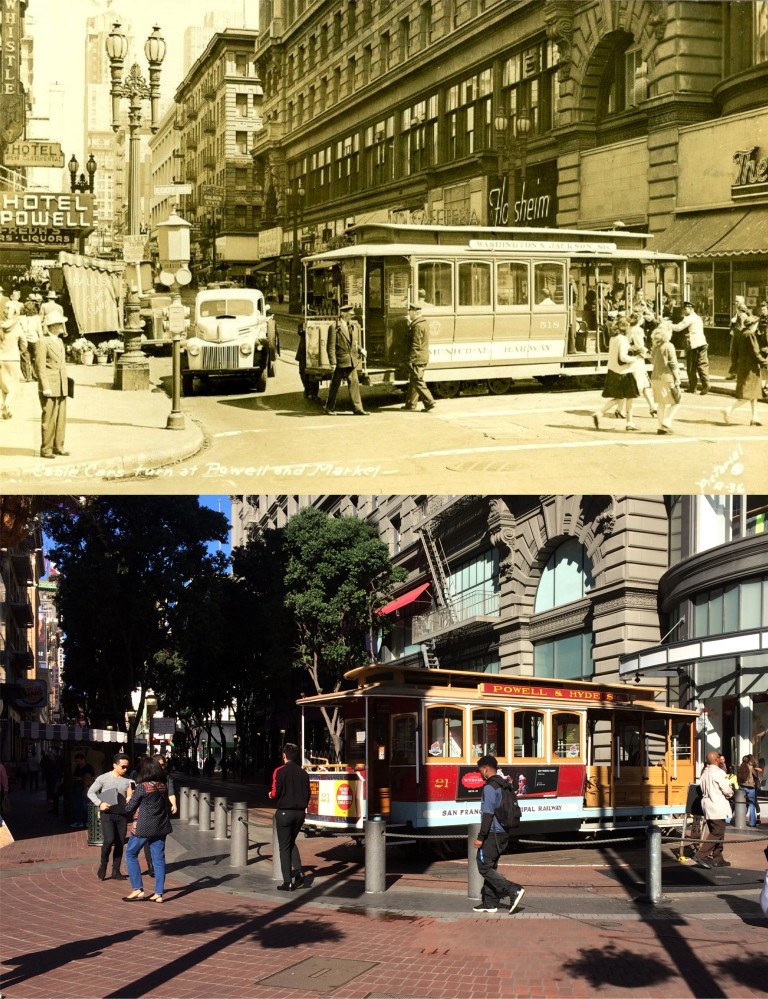 It’s a rare day when there are more people waiting to board a cable car in the 1940’s at the Powell Street cable turntable than there were today! 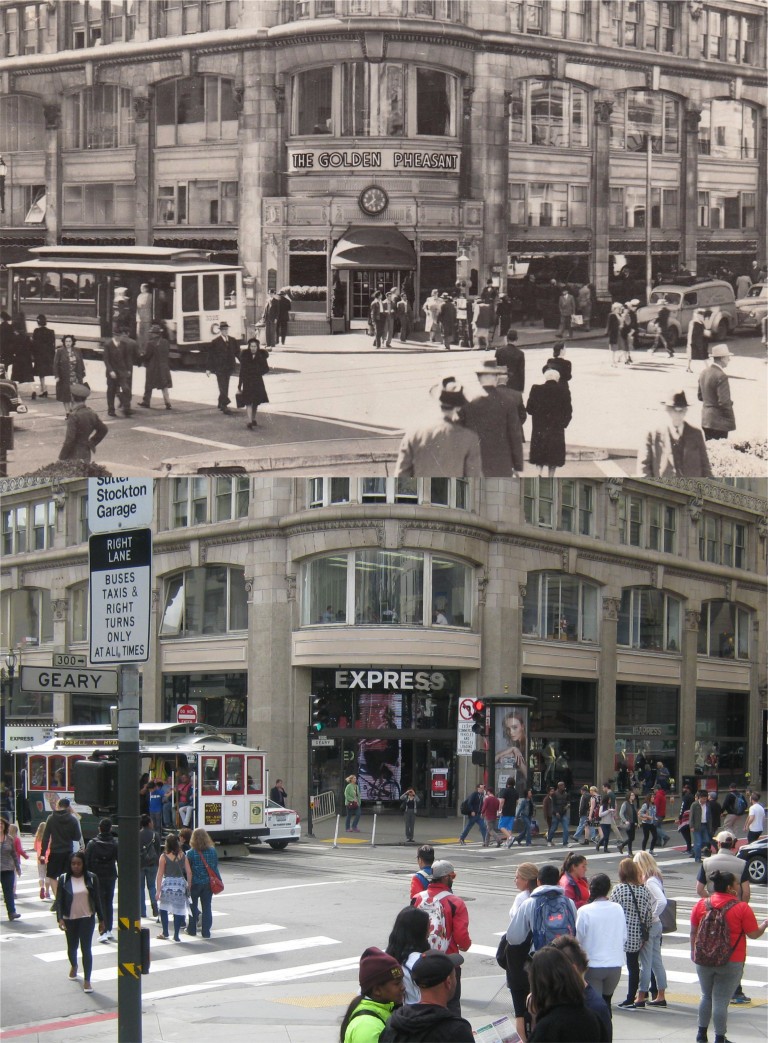 The corner of Powell Street and Geary Blvd in 1948:

Chinatown will get its share of holiday shoppers as well in a few weeks.