When Coit Tower opened the concept of a psycho shooting at people with a high powered rifle from the top of the building would have been unimaginable! But that was 1933, and this is 1972, I mean, it was when this episode of ‘The Streets of San Francisco’ was filmed. The sniper is shooting from the first left window from the center of the tower.

The sniper’s view from Coit Tower and the view today:

“What do you think, Buddy Boy?”
“Well, I think it’s a nice piece of engineering, a wonderful symbol of achievement during the Great Depression! It stands out as an accomplishment during a low period in our country’s history! To me it……”
“No, Buddy Boy, I mean the guy up on top who’s trying to shoot people.”

A plan is put into place. They’re going to try the old, “Drive around the Columbus Statue to make him think that you’re leaving and then rush the building.” trick. 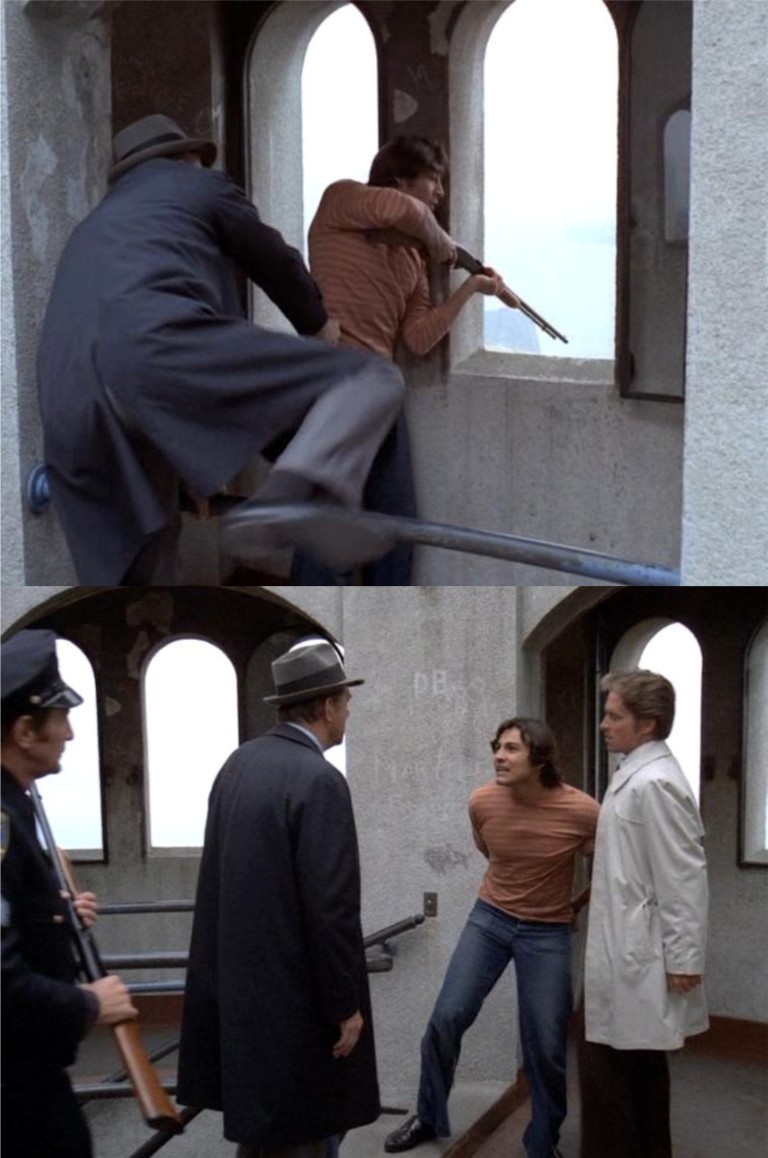 “We have you nailed dead to rights! We have the rifle, and it’s got your fingerprints on it and yours alone! Officer Mulldoon, take your hands off that rifle, you dummy!”
“Go easy on him, Buddy Boy. At least, he doesn’t wear black pants and brown shoes!” Click below for a link to another episode of ‘The Streets of San Francisco’ I posted in December of 2014.