The Powell Street cable car turnaround: I put this one in just because I thought it was a interesting picture, and not, necessarily, because this is an election year and we may have another President Clinton by the end of the year. The Owl Drug Store on the right would eventually become the Woolworth’s Department Store, a landmark on this corner until the 1980’s.

Pier 48 on the other side of McCovey Cove in the 1930’s: I framed my shot a little more to the left just because I didn’t want to leave the Bay Bridge out. (San Francisco History Center) 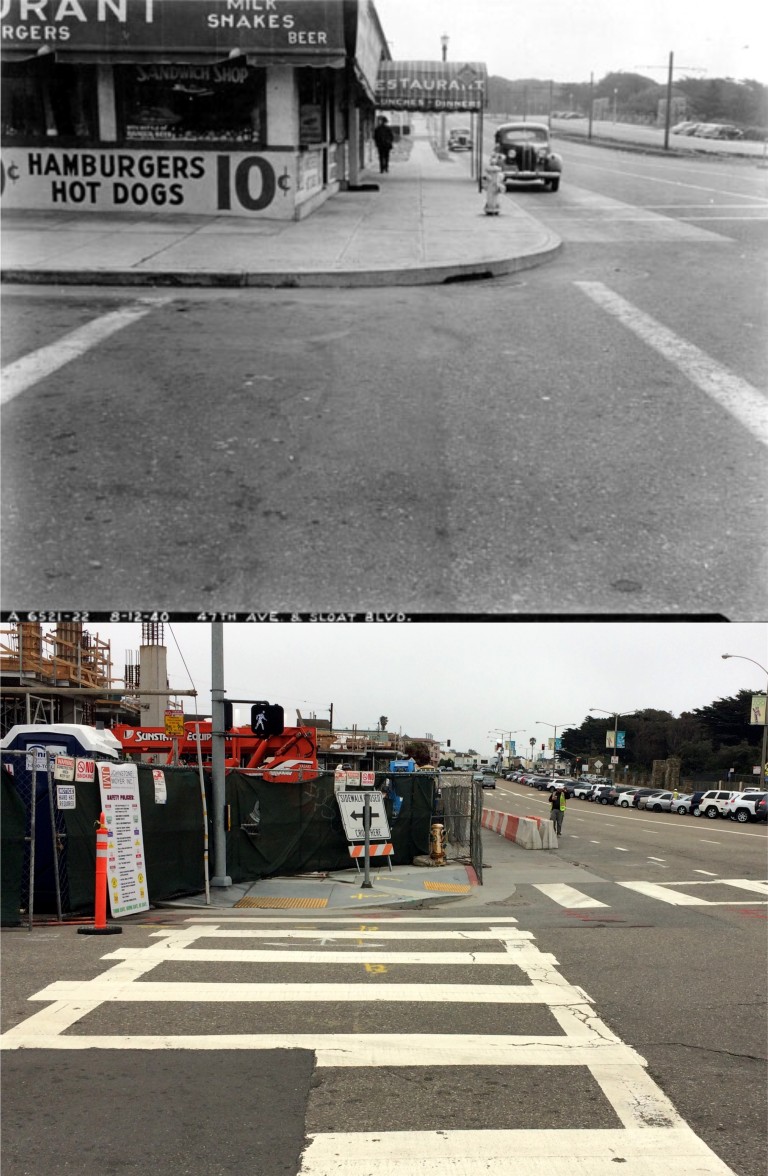 47th and Sloat Blvd. in 1940: I put this one in just because whatever they’re building on this corner now is not going to be better than a ten cent hot dog or hamburger! I don’t think that old fire hydrant on the corner is going to survive this ordeal. That’s the old WPA Sloat Blvd. entrance to the zoo, now closed off to the public. Click on the link below for a close up of the old Sloat entrance from a series I did in July of 2015. 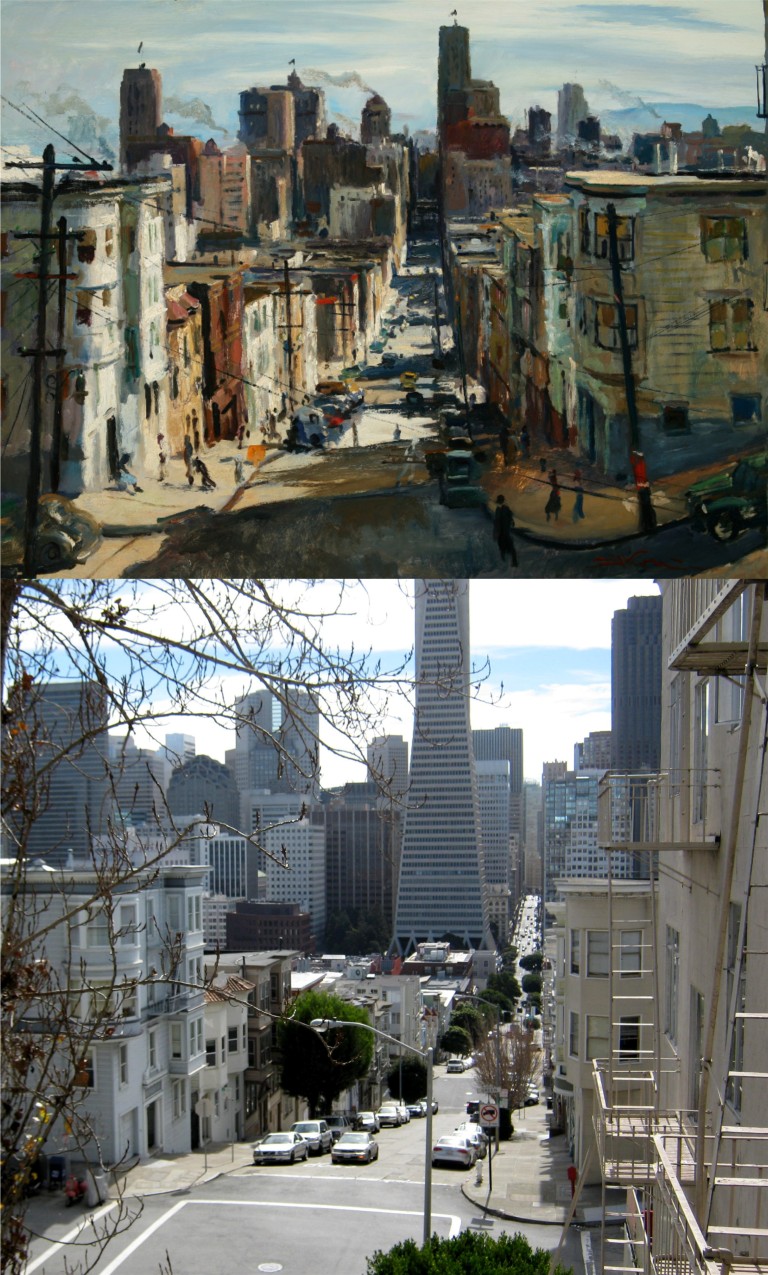 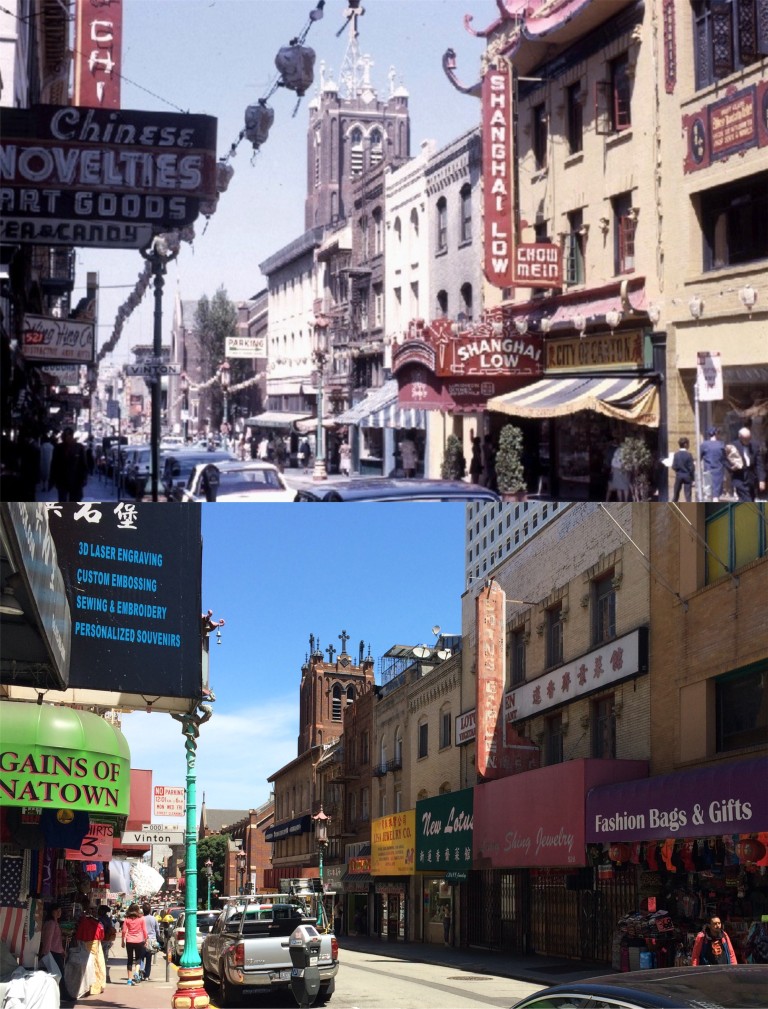 Chinatown in the 1960’s: I put this one in just because I’ve seen that old Shanghai Low sign in dozens of Chinatown pictures as far back as the 1930’s, and never realized before that it is still there. 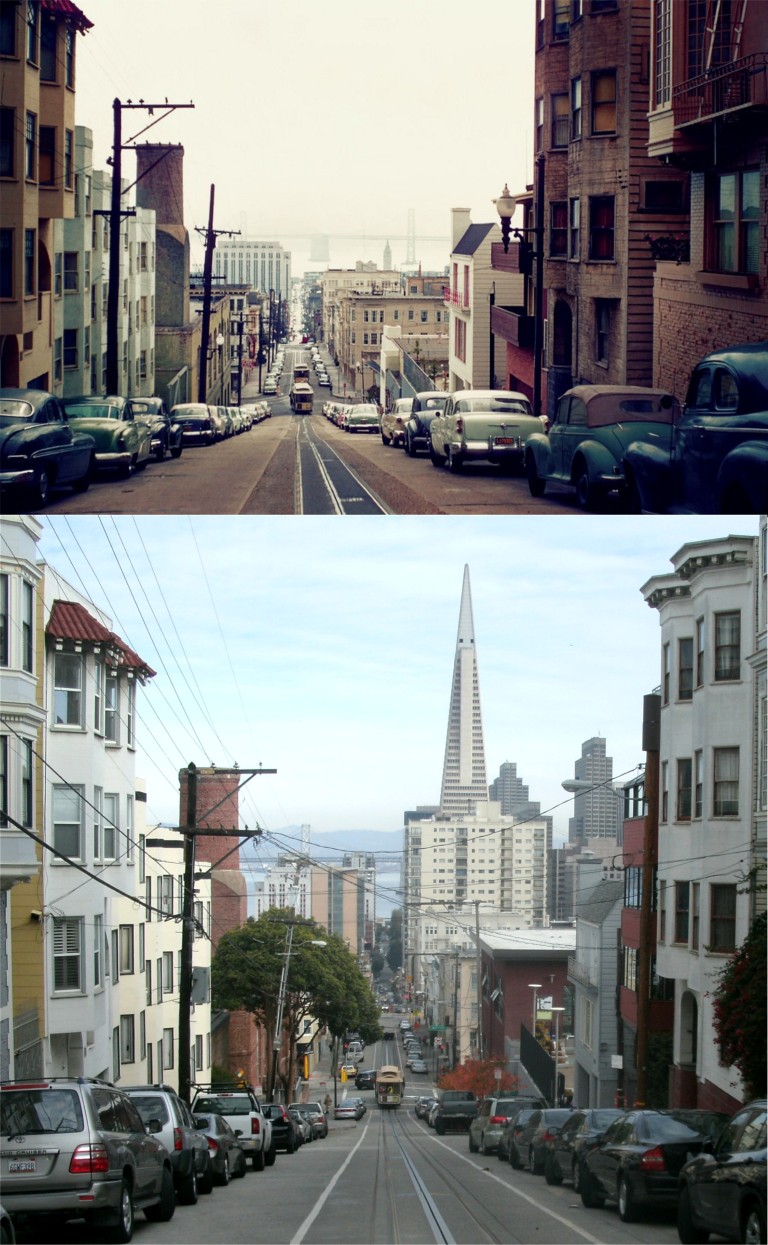 Washington Street near Taylor just up from the Cable Car Barn on the left: I put this one in just because I may have posted it already, but I don’t remember, and I’m too lazy to go back in the archives and check. Click on the link below for a view at the bottom of the hill looking up toward where we are from a picture I posted in July of 2015.