In January of 1951, a World War Two era submarine slipped into San Francisco Bay underwater, and took these pictures of San Francisco through their periscope. It was some kind of authorized mission to see if they could sneak up on a city without being detected by the citizens. I’m glad they were on our side! On the left, they begin their “secret mission’ by following a ship under the Golden Gate Bridge into the Bay. On the right, is the inevitable greeting by pretty girls when they dock after the mission. I wonder who got the puppy!  (Vintages pictures from sfchronicle.com) 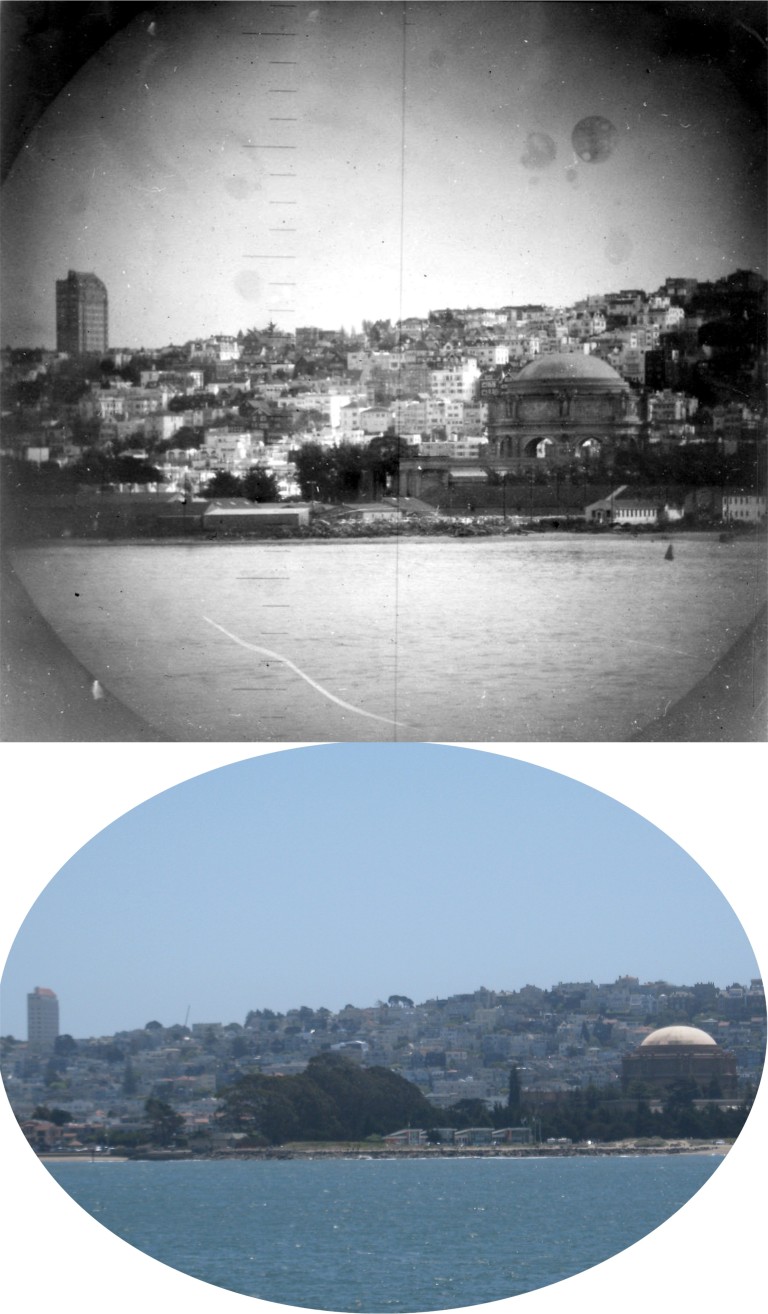 There’s the Palace of Fine Arts on the right.

The Catfish circled around Alcatraz to take some close up photos. There was still some pretty bad boys out there when they took this picture, such as, “Machine Gun” Kelly, who wasn’t sent back to Leavenworth until later on in 1951, Alvin Karpis, who rode with “Ma” Barker’s gang, and served more time on Alcatraz than any other prisoner, (twenty six years) and Robert Stroud, “The Birdman of Alcatraz”.