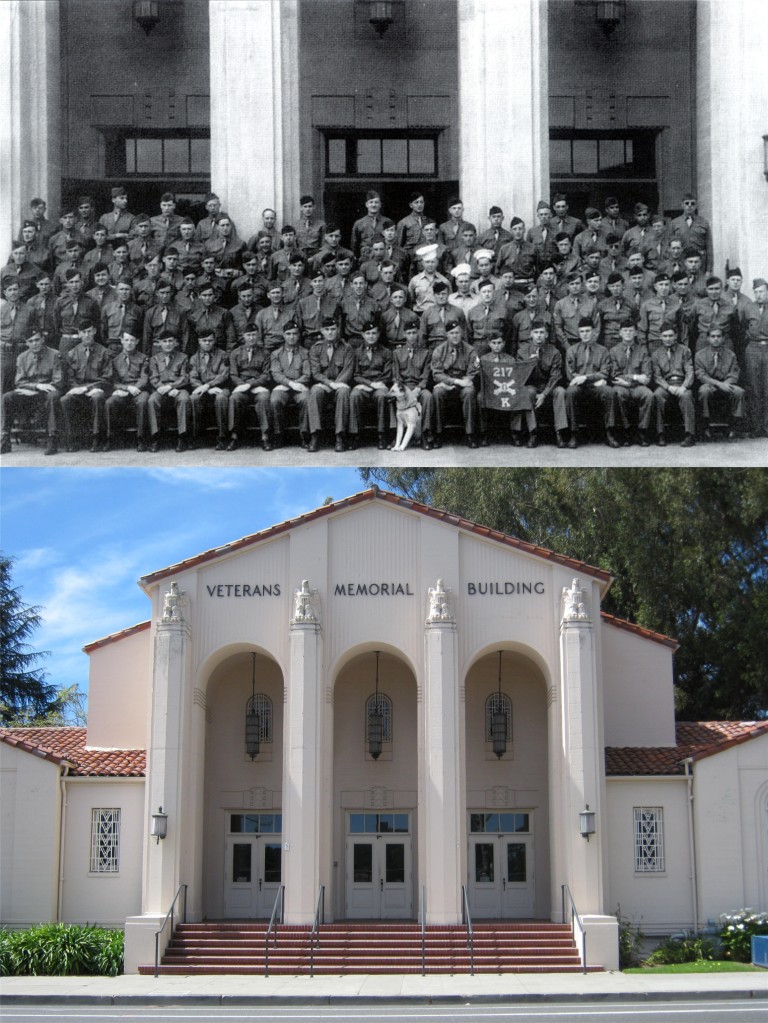 The 344th Anti-Aircraft Artillery Battalion in front of the Veterans Building in San Leandro during World War Two: (Olga Rosaaen) 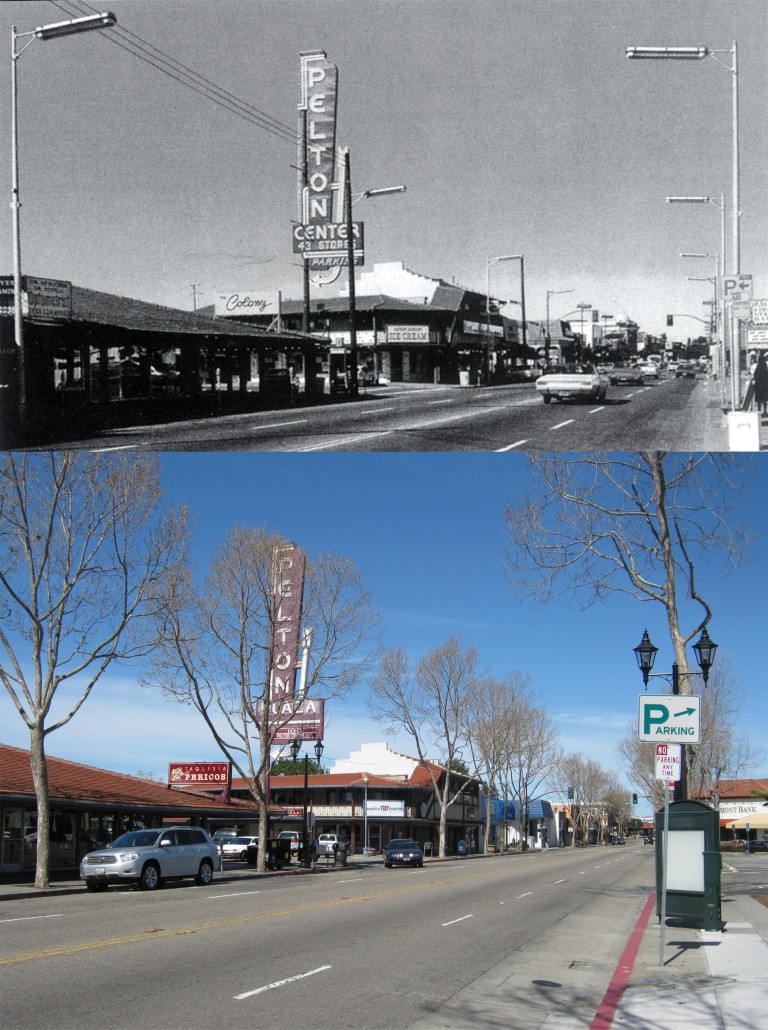 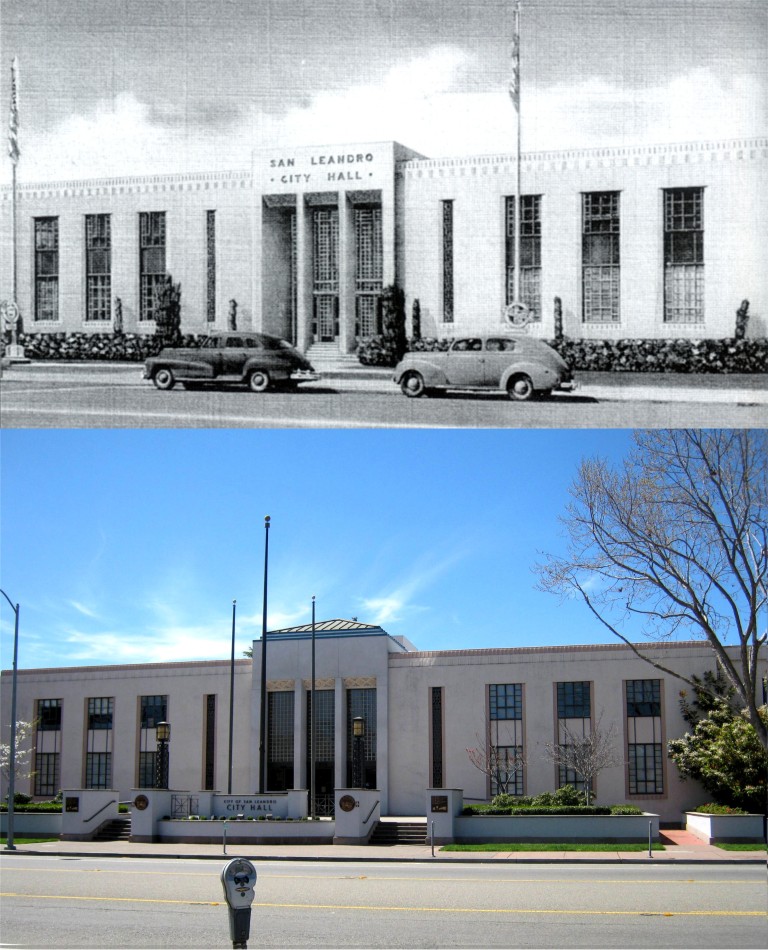 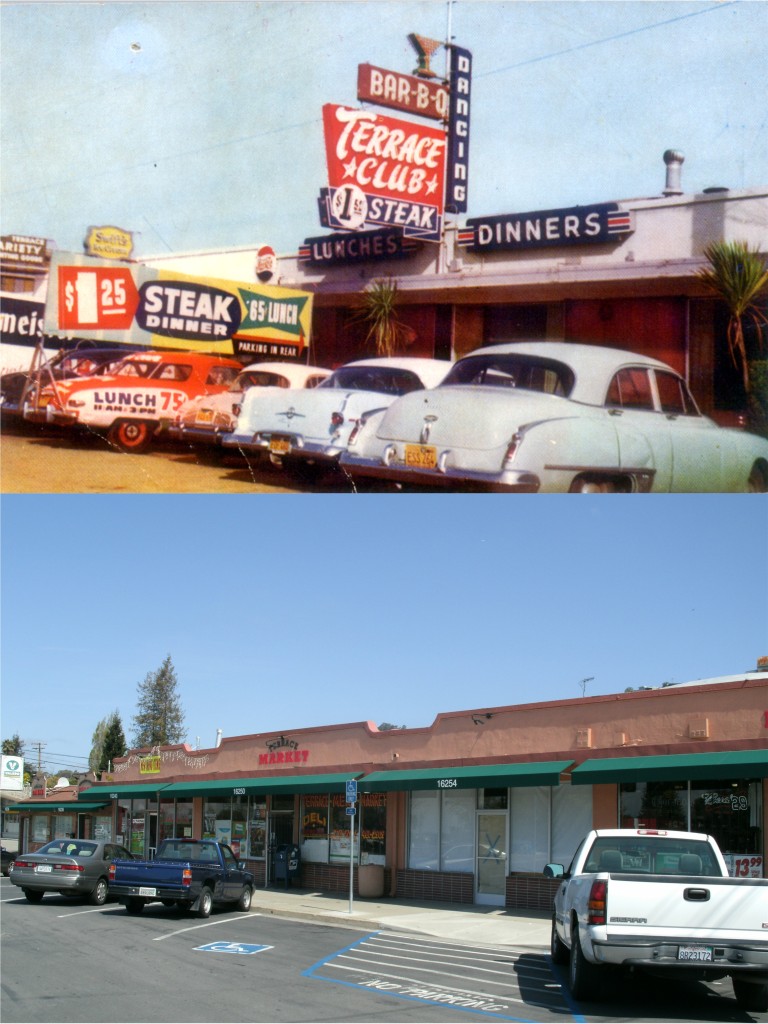 The Terrace Club on the San Leandro portion of Foothill Blvd. was a popular dining and dancing spot in the 1950’s and 1960’s. 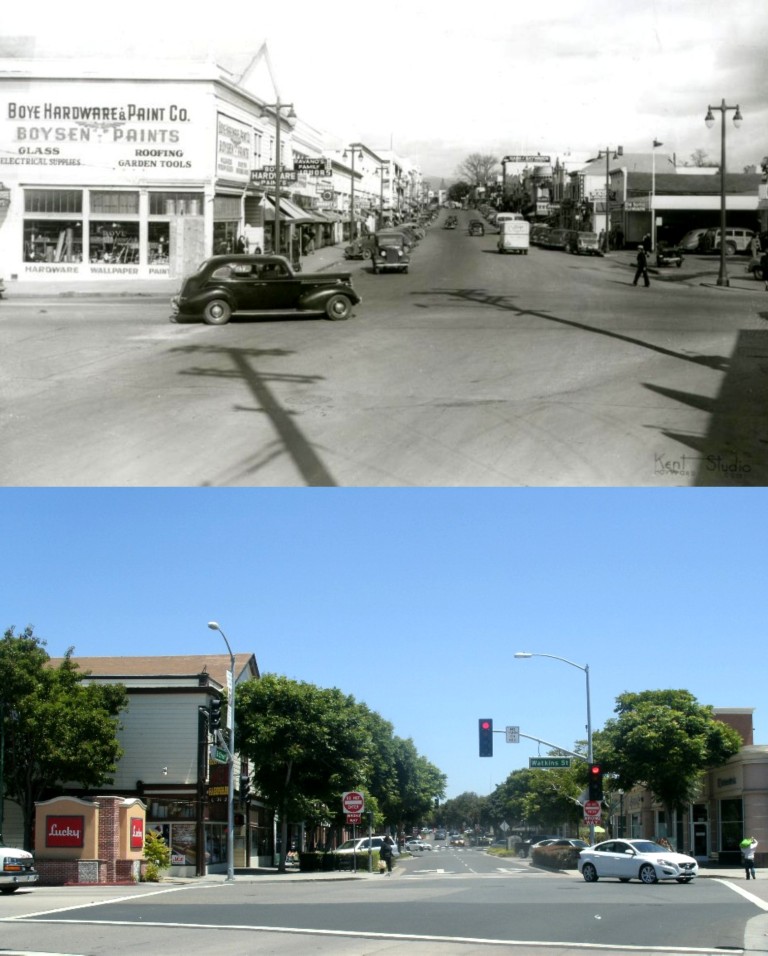 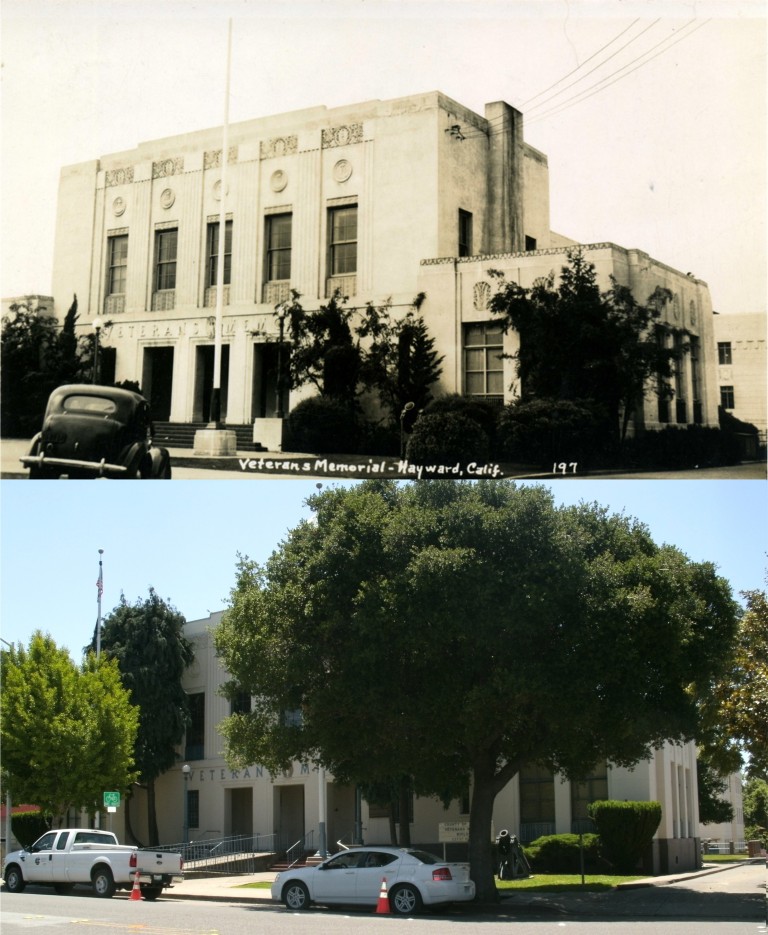 The Veteran’s Building on Main Street in Hayward, built in the 1930’s: The artillery piece on the right is still there. 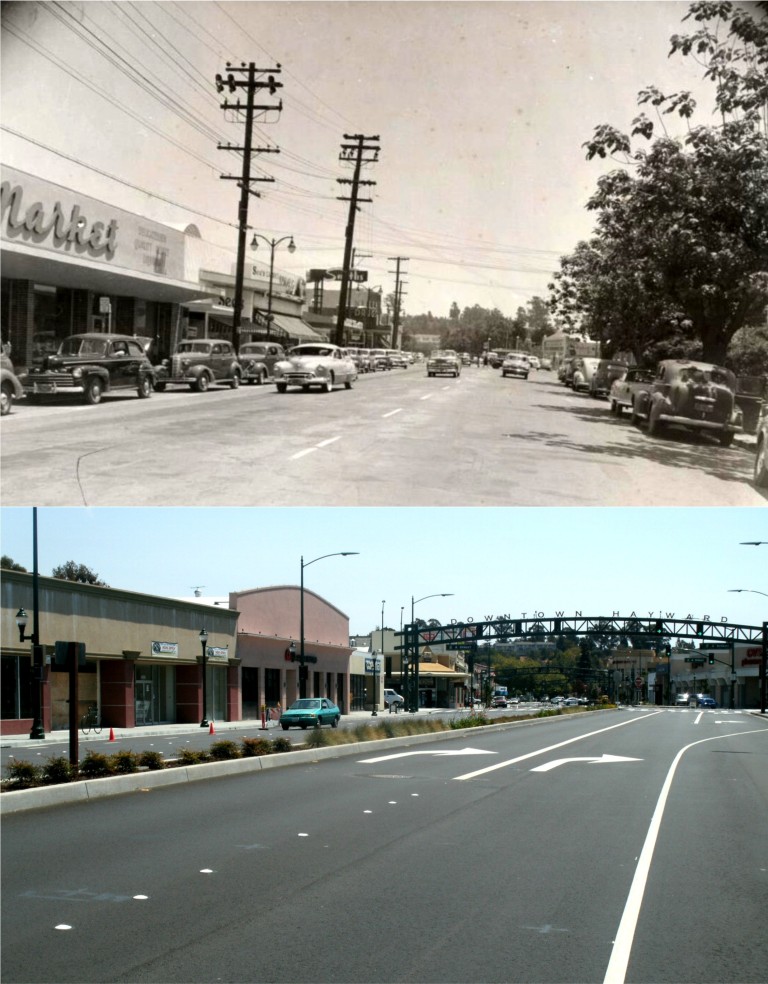 Foothill Blvd in Hayward looking south from Russell way in what looks like the early 50’s. Smith’s was where the Copymat business is today. Copymat has moved one block south to B Street and Foothill since I took this picture last summer. 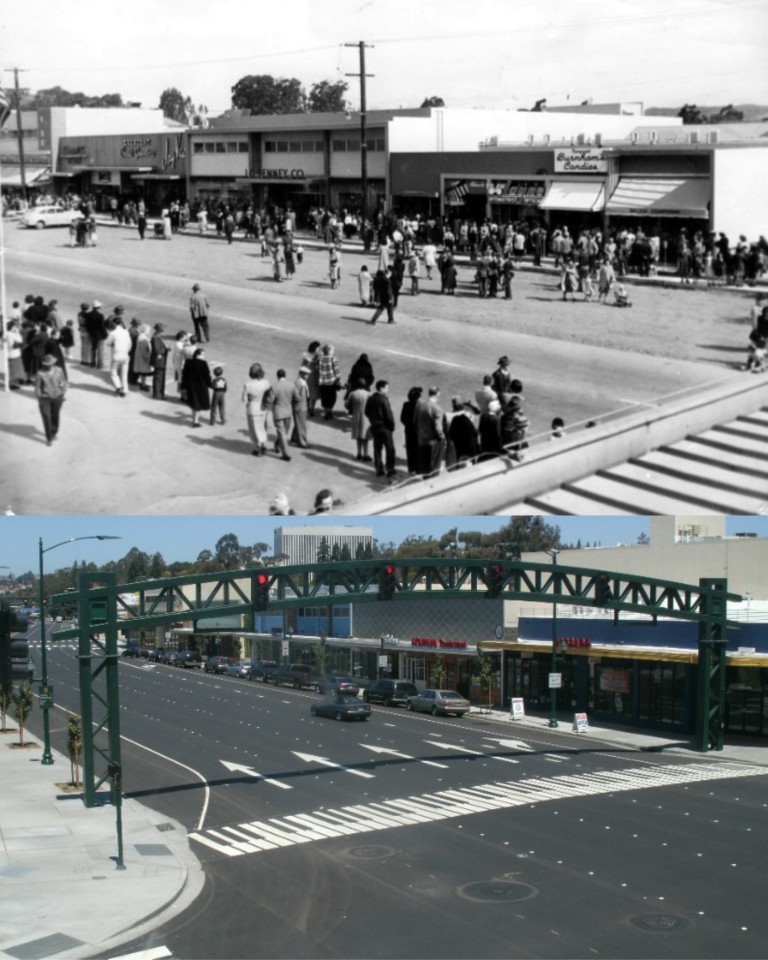 Opening day of the Foothill Strip, Hayward in 1949: When the Southland Shopping Mall opened in the 1960’s this area dried up as the major shopping district of Hayward. 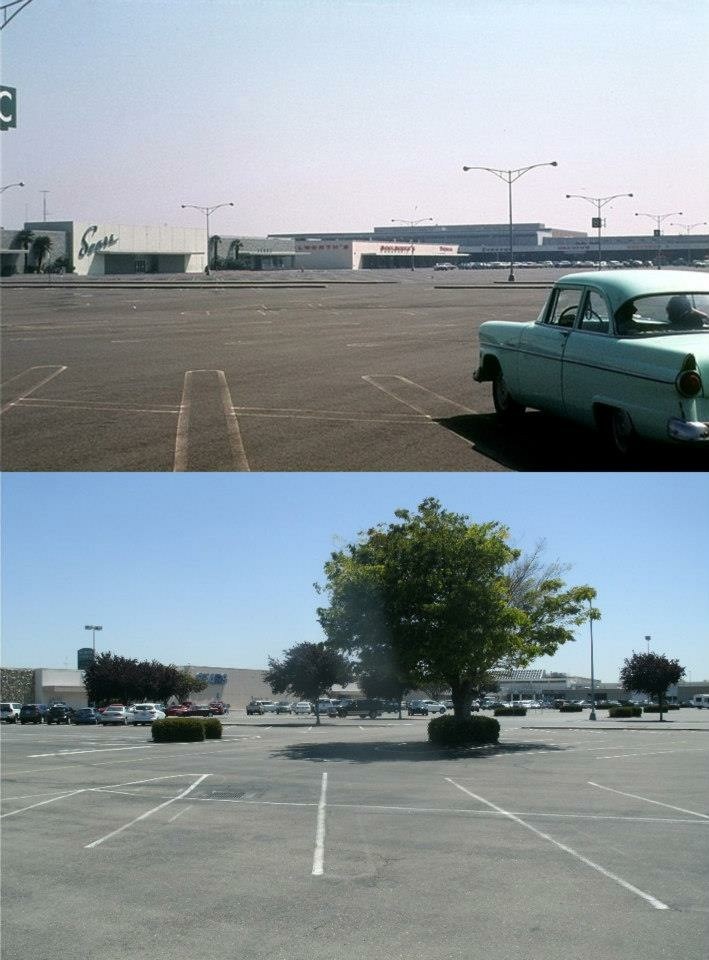 The Southland Shopping Mall in the 1970’s and today: 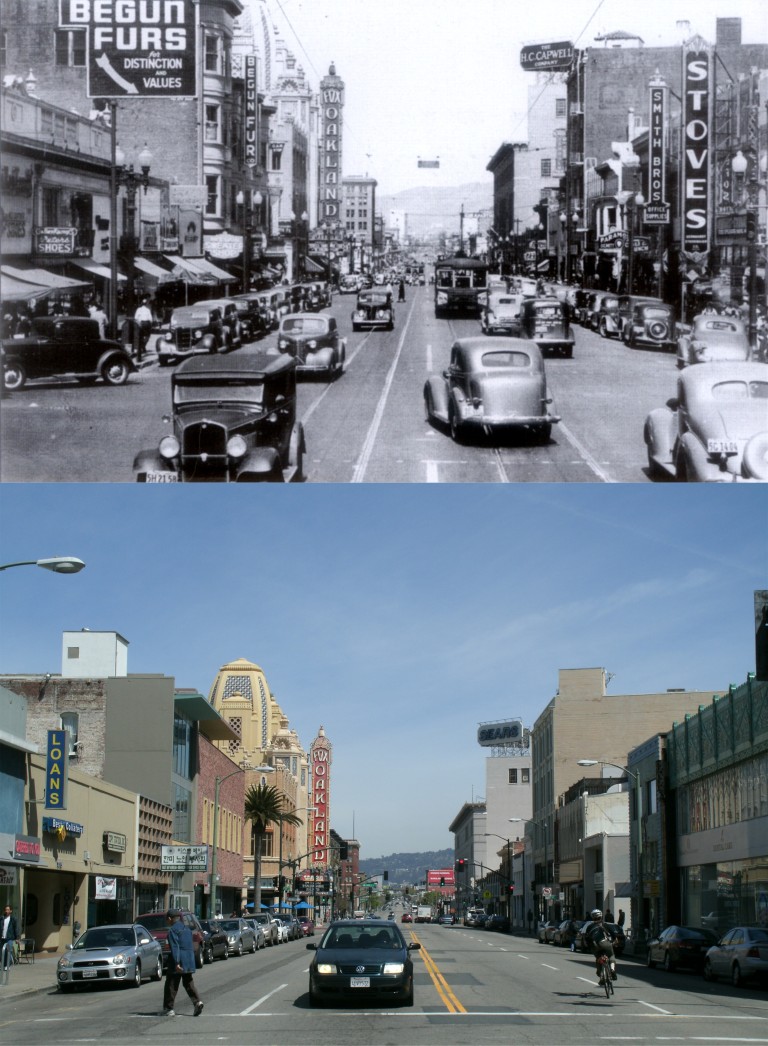 Look at how bustling this spot on Telegraph Avenue in Oakland once was! With the restoration of the Fox Oakland Theater on the left, this area’s coming back to life again. (Images of America Series)

1933 – The old Fox Theater on Telegraph Avenue in Oakland. ‘Meet the Baron’; my three favorite Hollywood Stars, Moe, Larry, and Curly, got their start in this film.

The old Rialto Theater at 2723 San Pablo Ave. in Oakland near Emeryville in the 1940’s. I don’t know who these guys were, but they had a great sense of humor! (Images of America Series)

This one is a little farther south than my usually beat. That’s Carole Lombard and Clark Gable on the porch of their Encino Ranch home near Hollywood. I had a chance to find the house about fifteen years ago and took the bottom picture. Development has completely enclosed their ranch house, seen in these 1939 pictures, with some of the most expensive homes in California. The brick porch Carole and Clark are sitting on can be seen from the side to their left in the bottom photo.