I’ve covered this film before, but I watched it again the other night, and it always reminds me of what a pleasure this 1947 movie is for San Francisco lovers! It’s not, necessarily, a well made movie, some of the scenes are, downright, weird, and the doctor who does the plastic surgery on Humphrey Bogart is creepier than Freddy Krueger, but for vintage San Francisco locations it’s at the top of the list.

Near the opening scenes, Lauren Bacall picks up an escaped murderer from San Quentin, nicknamed, “Mad Dog” Parry, in her woodie and believing in his innocence, sneaks him across the Golden Gate Bridge to her apartment on Telegraph Hill. People end up dead around Bogie all through this movie, and Bacall, trustingly, continues to believe his innocence. Why can’t I meet a girl like that! Here, she smuggles him through the old Art Deco toll booths, (now obsolete) past a police roadblock.

Bacall pulls up to her apartment at 1360 Montgomery Street. A number of scenes were filmed in and around this building for the movie. It is said that Lauren Bacall lived in these apartments before breaking into the movies.

Near the end of the film, a small-time blackmailer tries to kidnap Bogart, who drives the hood to a spot under the Golden Gate Bridge to…… straighten things out. This spot is now off limits to the public since the 9/11 attacks. 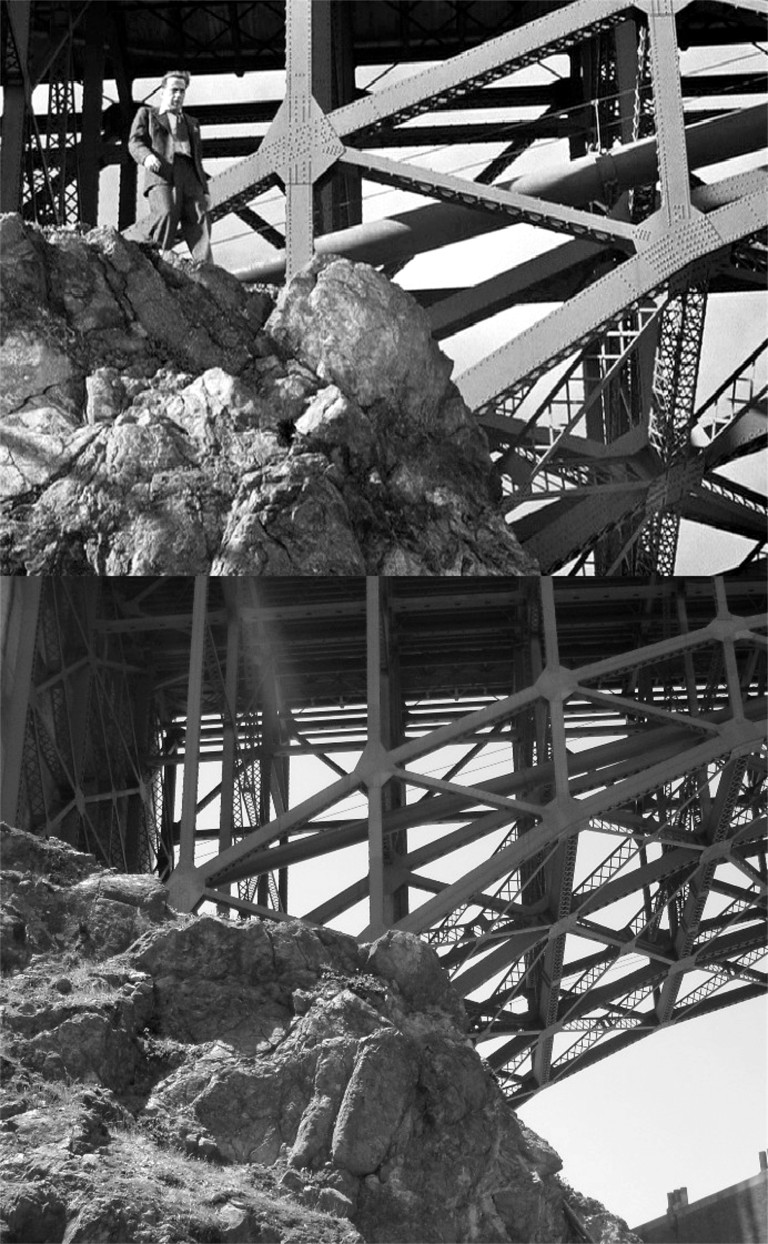 After a struggle for a gun with the blackmailer causes the punk to fall from the bluff under the bridge, Bogie looks down reflecting that he now knows who killed his wife and framed him, sending him to prison; it’s Agnes Moorehead. “Oh, darn it, Tim; you spoiled the ending for us!” Well, of course, it’s Agnes Moorehead, it’s not going to be Lauren Bacall!

After he accidentally kills Agnes Moorehead, (There seems to be a pattern here!) Bogie hops on a speeding cable car at Hyde and Greenwich. A cable car’s top speed is about nine miles an hour, but he still makes his getaway. “Mad Dog” Parry has a rendezvous with Lauren in South America where they lived happily ever after. I hope he didn’t accidentally kill her too!