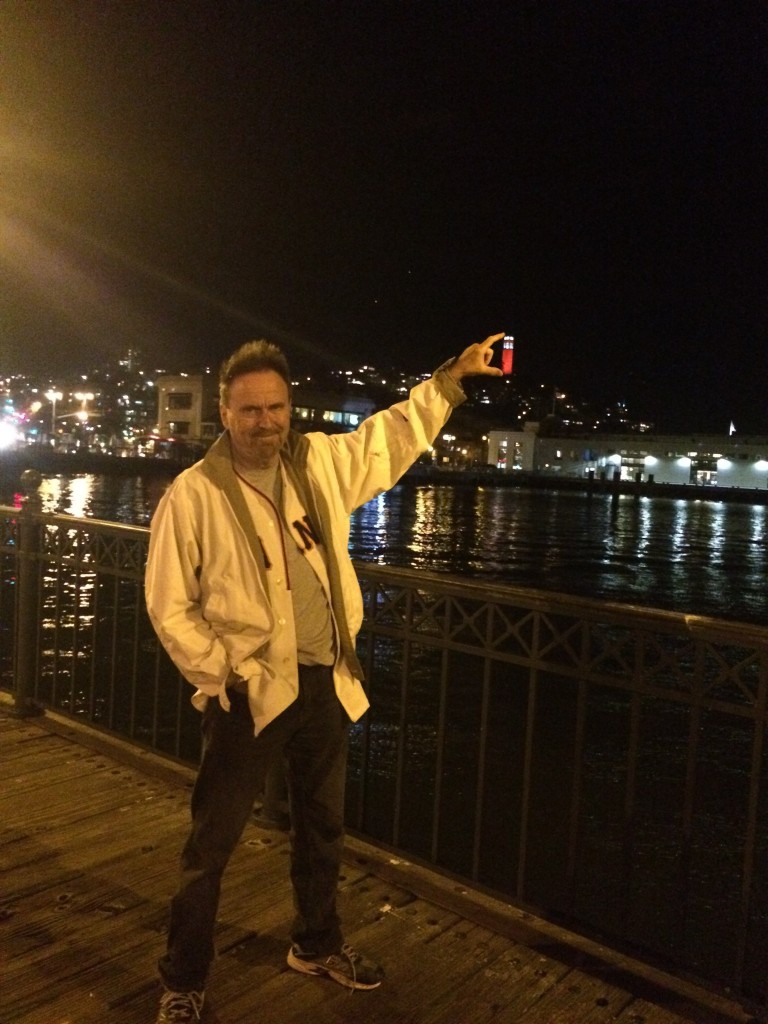 Be sure to buy one of the miniature illuminated orange Coit Towers they sell every Halloween in San Francisco. Aw, you guys are too smart for me! This was the night the Giants won the game that sent them to the 2014 World Series last year, and landmarks showed their appreciation by lighting up orange. The Playoffs are in full swing and the Giants aren’t in it this year, but, oh, the memories! 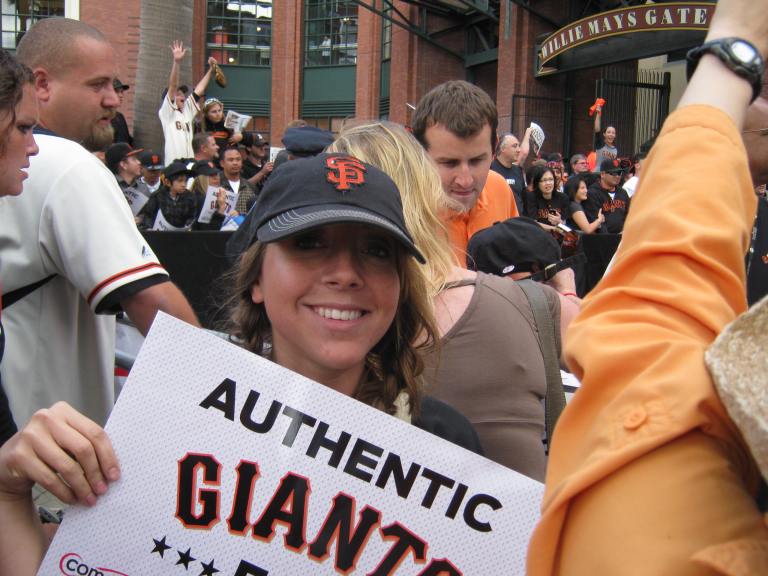 The end of the game that started it all, the final  winning game of the 2010 Season that sent the Giants to the Playoffs, and on their way to three, (and counting) World Series wins. 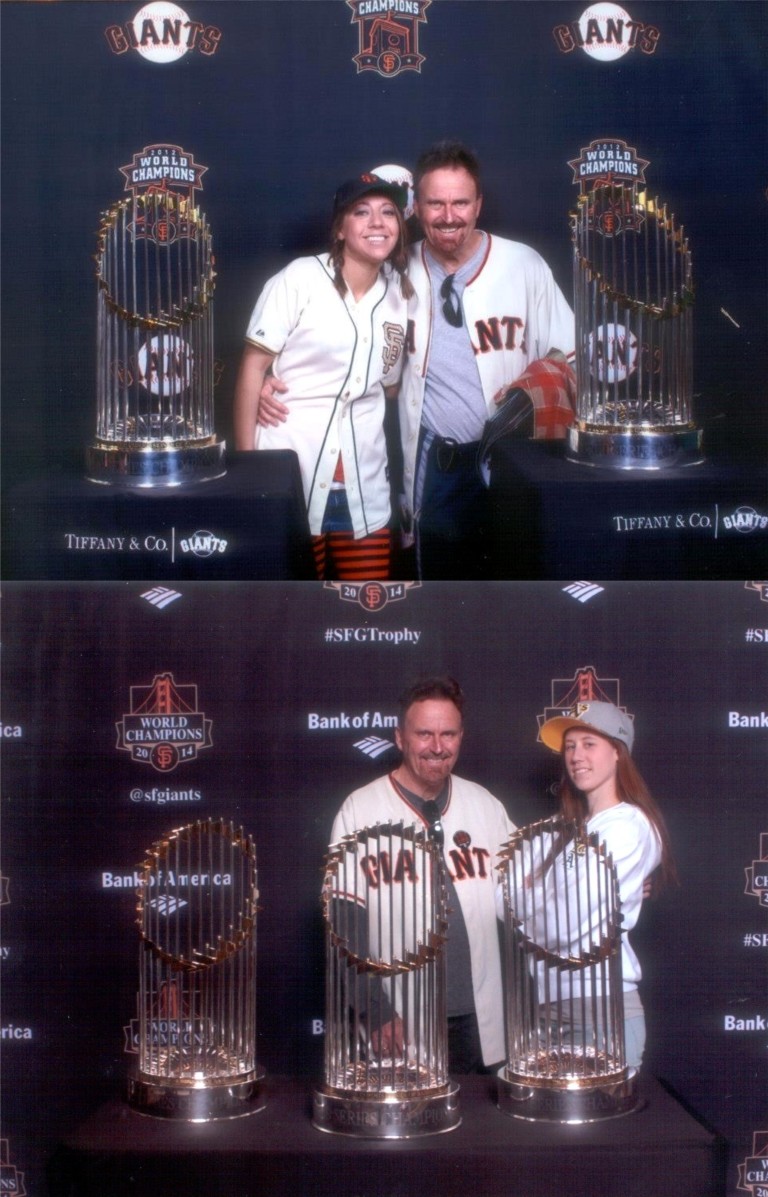 I was happy with two, but three’s even better; although, that A’s fan on my left might need talking to!

An exciting night in October of 2014 as the Giants got their 3rd win in the Pennant race.

Nothing more beautiful than an orange Ferry Building at Halloween time.