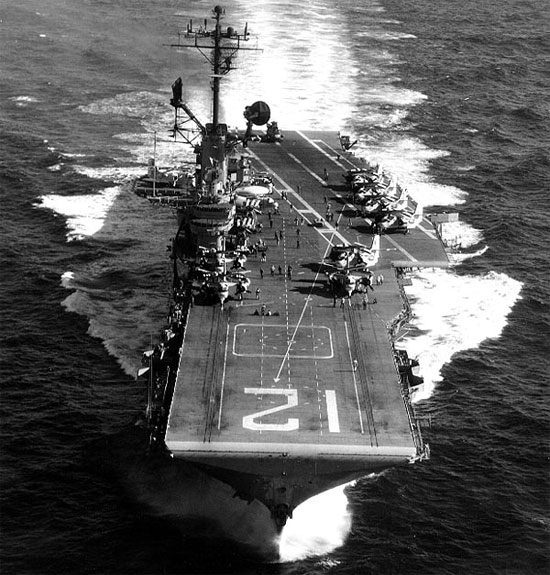 In honor of Fleet Week, a visit aboard the USS Hornet: Two USS Hornets saw service during World War Two; CV-8, that the Doolittle Raiders took off from, (They left from right here in Alameda, by the way.) and CV-12, commissioned in November, 1943 after CV-8 was sunk in October of 1942. These photos are all of CV-12, the museum docked at Alameda today. This was also the carrier that picked up the Apollo 11 astronauts in July of 1969 after their historic trip to the moon. 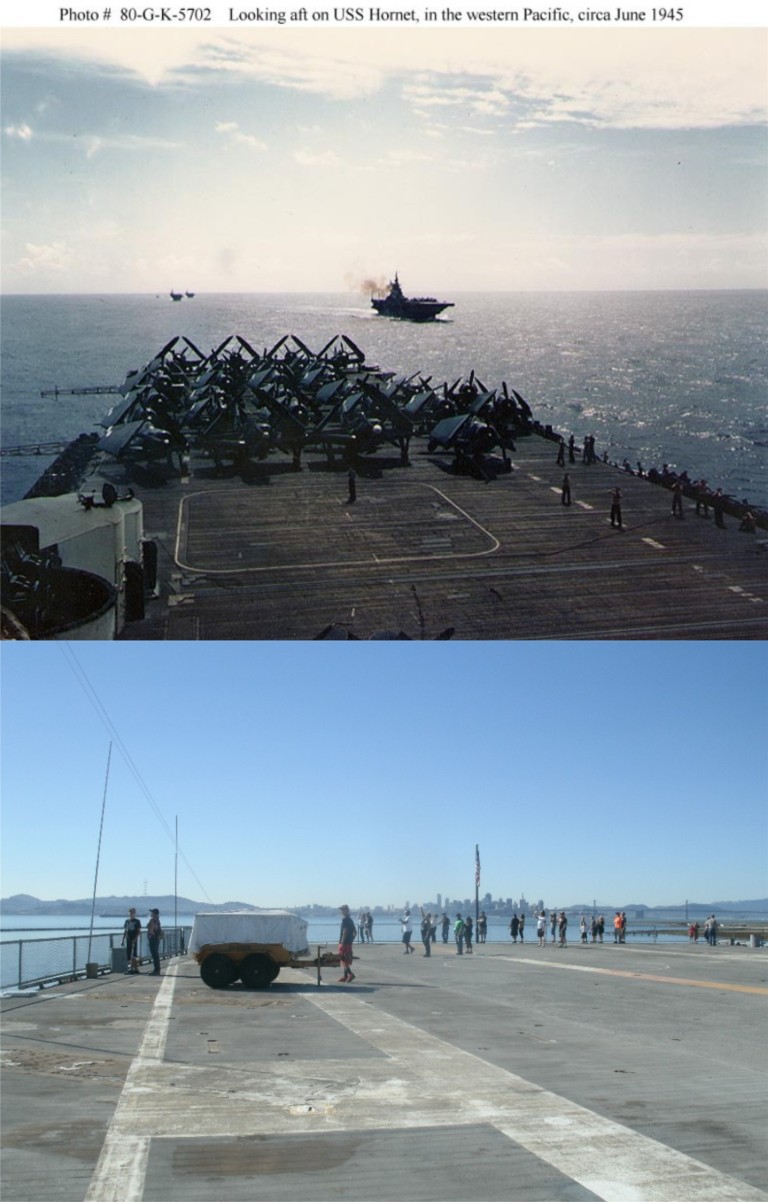 A plane from Torpedo Squadron Two crash lands near the superstructure in 1944 during the battle for Saipan. The plane came down right where those people were shading themselves on this visit. 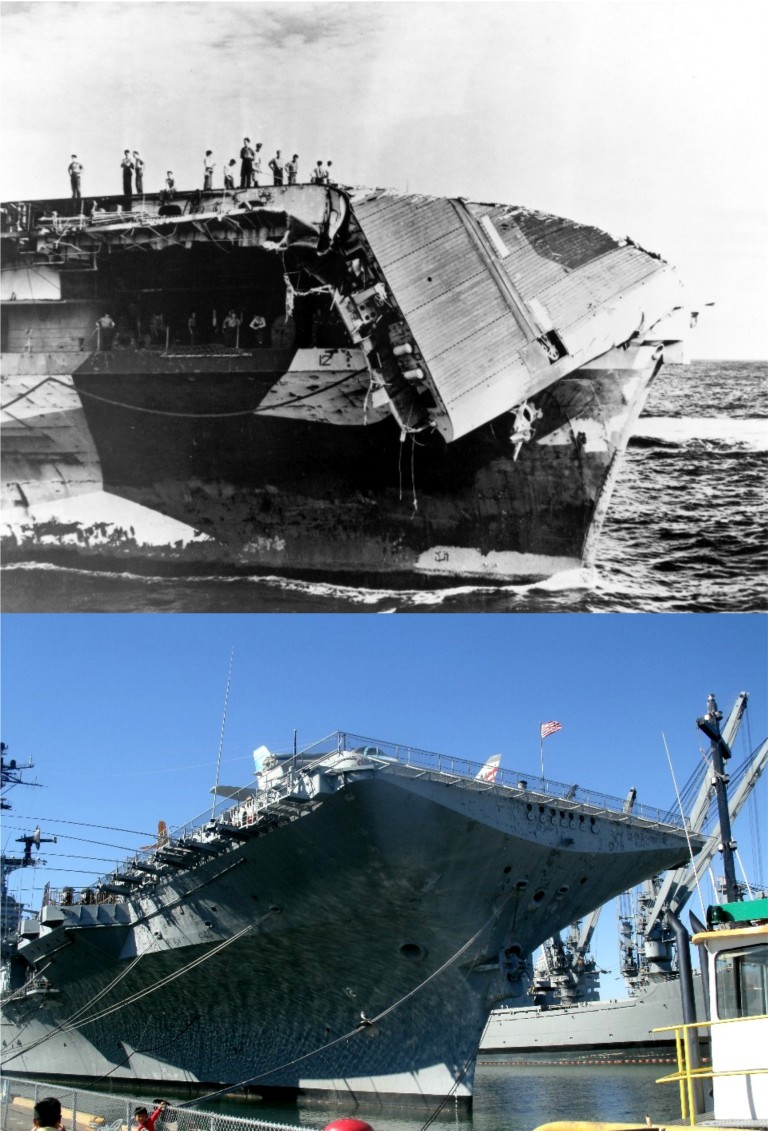 This damage to the bow here was not caused by enemy action, but by a typhoon that the Hornet sailed through in 1944. 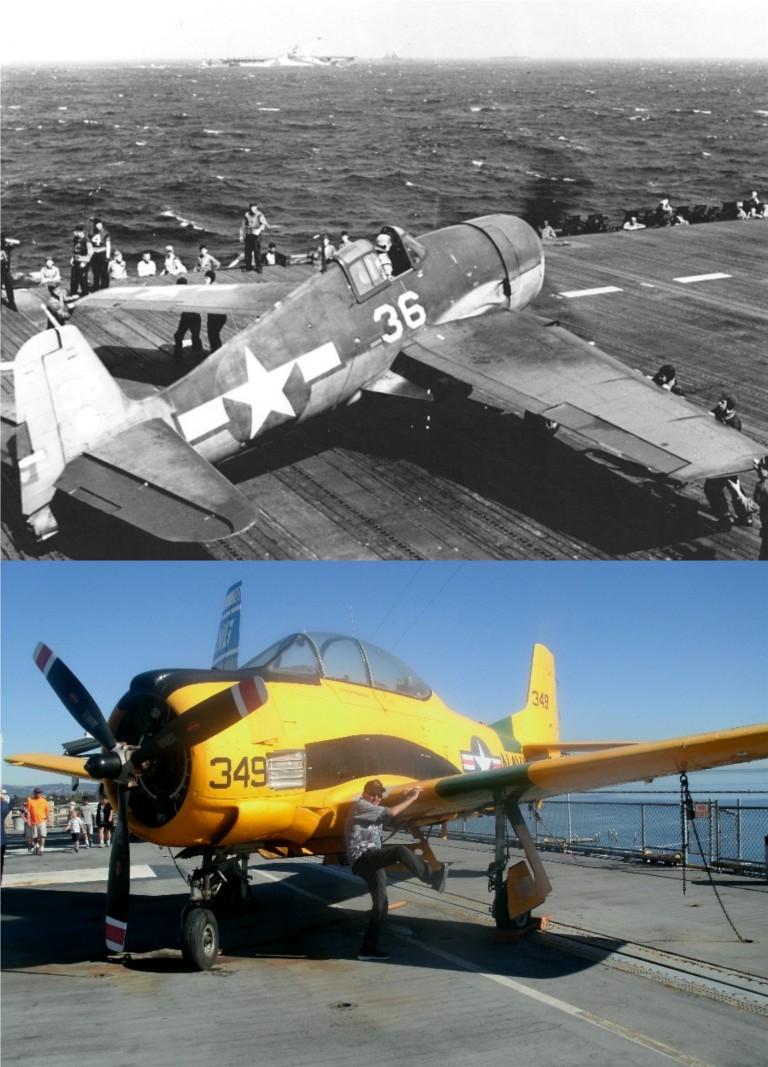 A fighter lands on the flight deck of the Hornet after a raid on Saipan in June of 1944. We’d have lost World War Two before this hot dog figured out how to get into his plane!

The superstructure and flight deck looking toward San Francisco on a beautiful day! Those vapor streaks at right center are from the Blue Angels performing one of their Fleet Week shows. The superstructure of a carrier is always on the starboard side.

“I’m going below to see what the men want.”

“Susan, I know what the men want!”