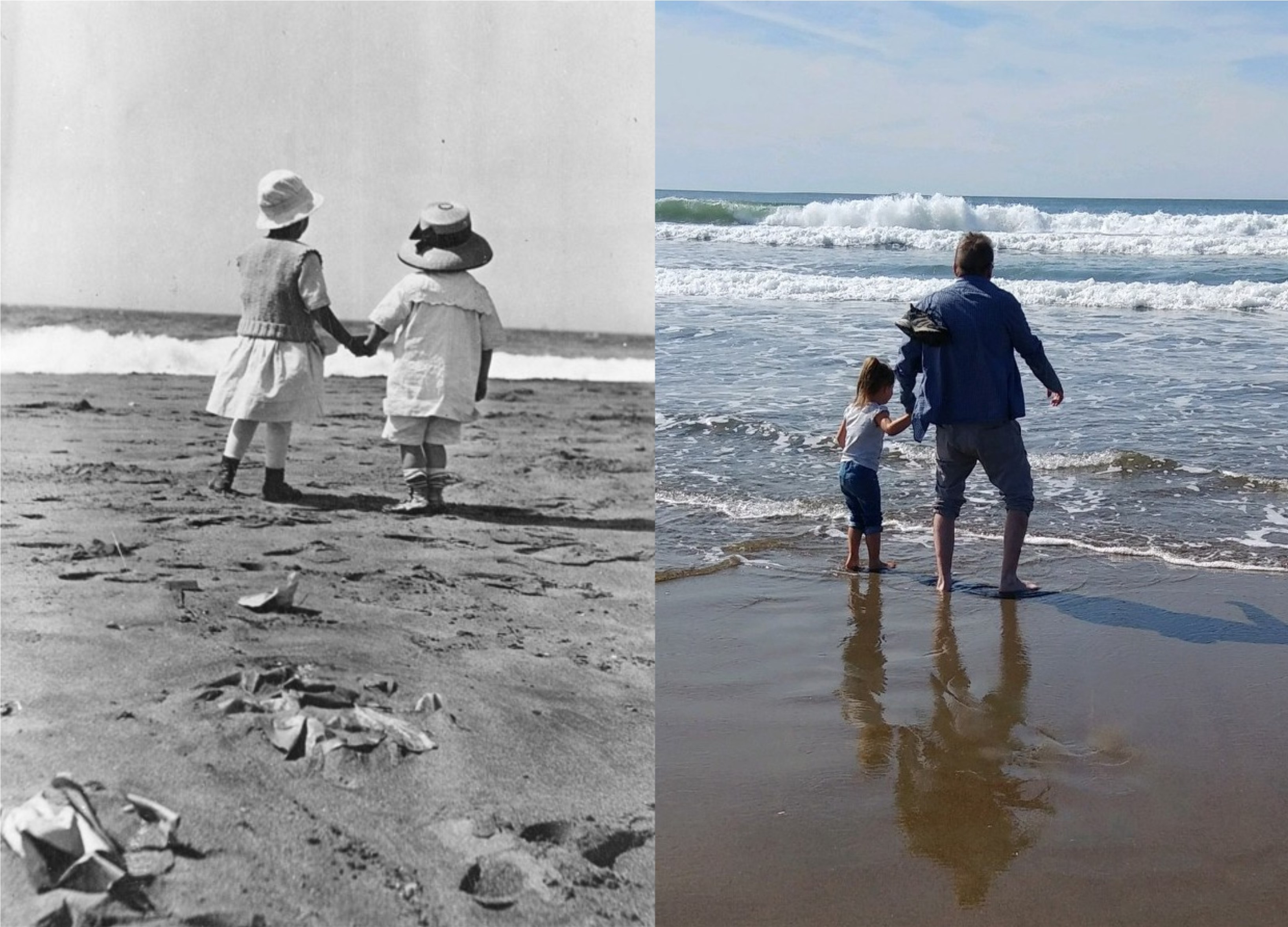 The link to the film clip that I did these updates on is below my pictures. This one was posted on the Market Street Railway Facebook page by one of the group’s members. These colorized films, enhanced with sound effects and presented on You Tube by NASS, are sometimes maligned by some viewers, but I enjoy them. This one starts out in Chinatown, moves to Market Street, jumps to the Embarcadero north of the Ferry Building, goes back to Chinatown, and ends up back on the Embarcadero, south of the Ferry Building. (Thumbnail images) 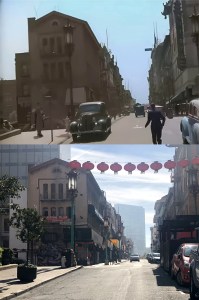 The film clip opens up on Grant Avenue near California Street in Chinatown. The car the cameraperson is riding in is chasing a man south on Grant Avenue. 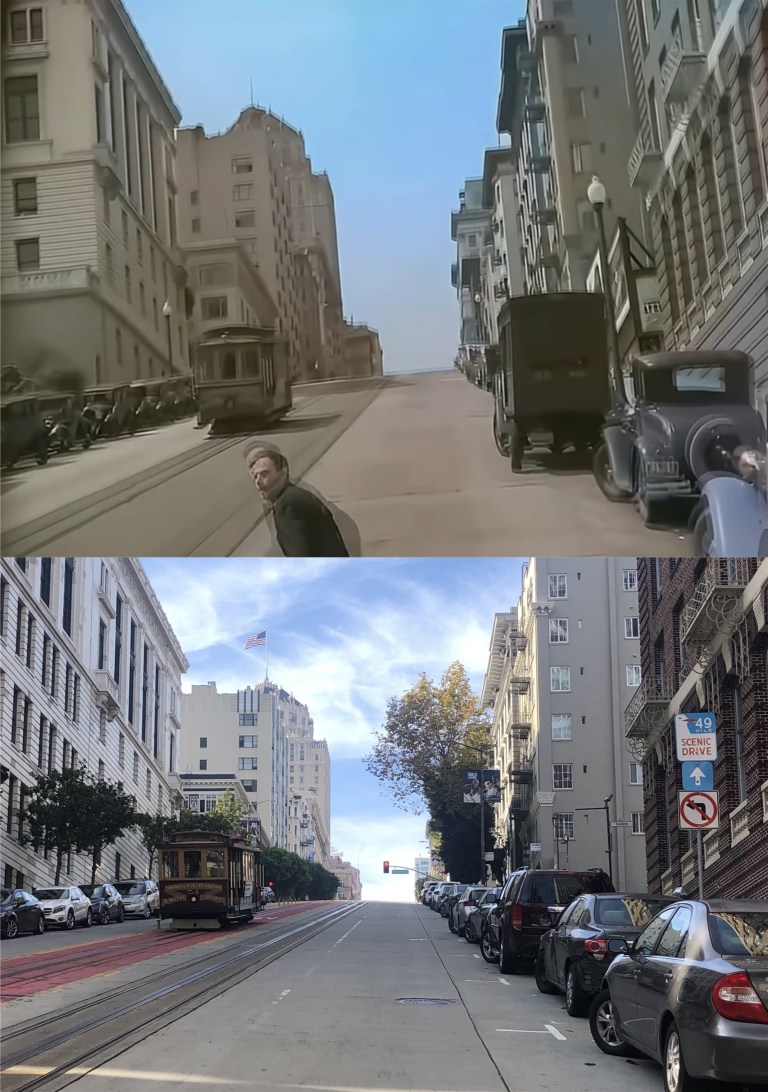 The running man and the auto chasing him turn west on California Street, and head up Nob Hill.  I don’t know if that was a “rub out” or not; the car in the film does appear to run the guy over! Maybe somebody back then just had a sense of humor. (This one didn’t come through as a thumbnail image) 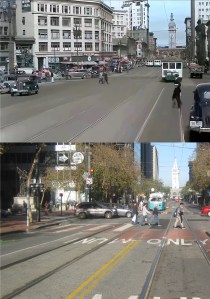 The film moves to Market Street, near 1st, and follows streetcars toward the Ferry Building. 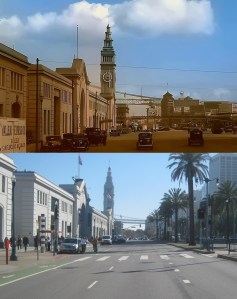 The next scene is on the Embarcadero at Pier 3, north of the Ferry Building. 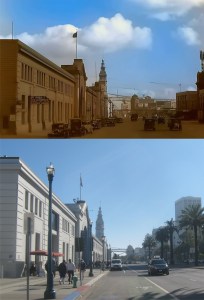 The camera moves north along the Embarcadero to Pier 7. Pier 7 is gone now, so Pier 5 was as close as I could get to a comparison image. 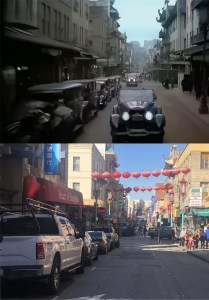 The next scene is back in Chinatown, moving south along Grant Avenue from Pacific Avenue past Washington Street. The film is a little choppier here and the images aren’t as clear. 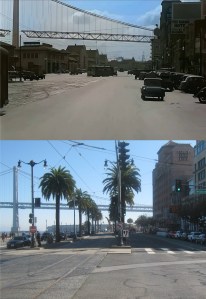 The film ends up back on the embarcadero between Mission and Howard Streets, south of the Ferry Building. The scene is looking south toward Howard Street past the old YMCA Building, which is still there. On the right background of the film image is a Sherwin-Williams advertising sign of a paint can covering the world on top of the building on the corner of Howard Street. Notice on the left that the Bay Bridge hadn’t been completed yet when the film was made. The Embarcadero was reconfigured in the 1990s, and curves at a different angle here than it did in the 1930s.

Below, is the link to the You Tube film clip.

One thought on “Another 1930s remastered clip”