I’ve subscribed to the San Francisco on and off since college. Now I’m down to only the Sunday edition from the supermarket I stop at, but occasionally I still subscribe to it on a daily basis. It never was the same after Herb Caen died, but what really bothered me was when the replaced ‘Blondie’ from the top spot in the Sunday comics with ‘Doonesbury’! Still, it’s the best newspaper available for articles on San Francisco history, and their vintage pictures of San Francisco are among the finest. Many of them can be seen at the website SFChronicle.com/vault, where these vintage photos are posted. 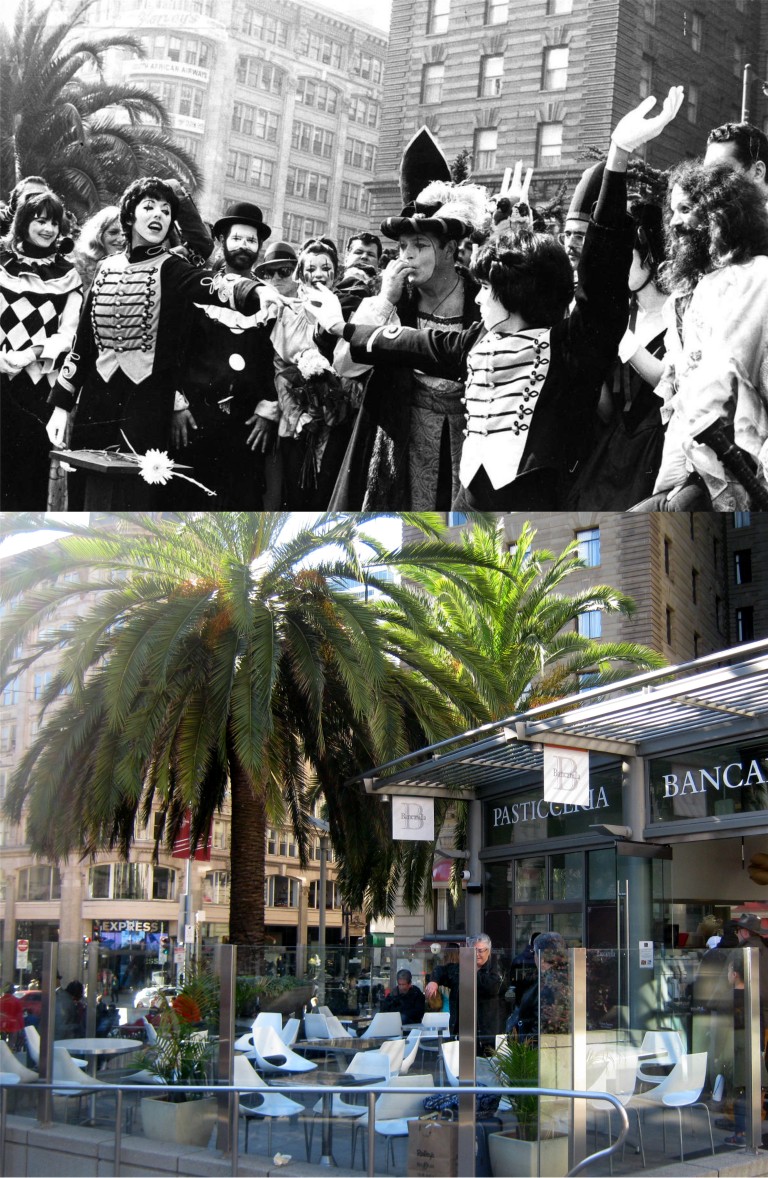 Groucho Marx clowns around with twin students from Washington High School on Powell Street in front of the St. Francis Hotel in July of 1940. My picture would be about where they were walking; the front façade of the hotel has been remodeled since the 1940 picture. On the right in my photo are hotel workers who have been striking against the St Francis and other hotels in San Francisco for employment benefit upgrades.

Groucho Marx, sans mustache and glasses, is obviously enjoying his July of 1940 visit to San Francisco as he climbs a light pole south of the entrance to the St. Francis Hotel. 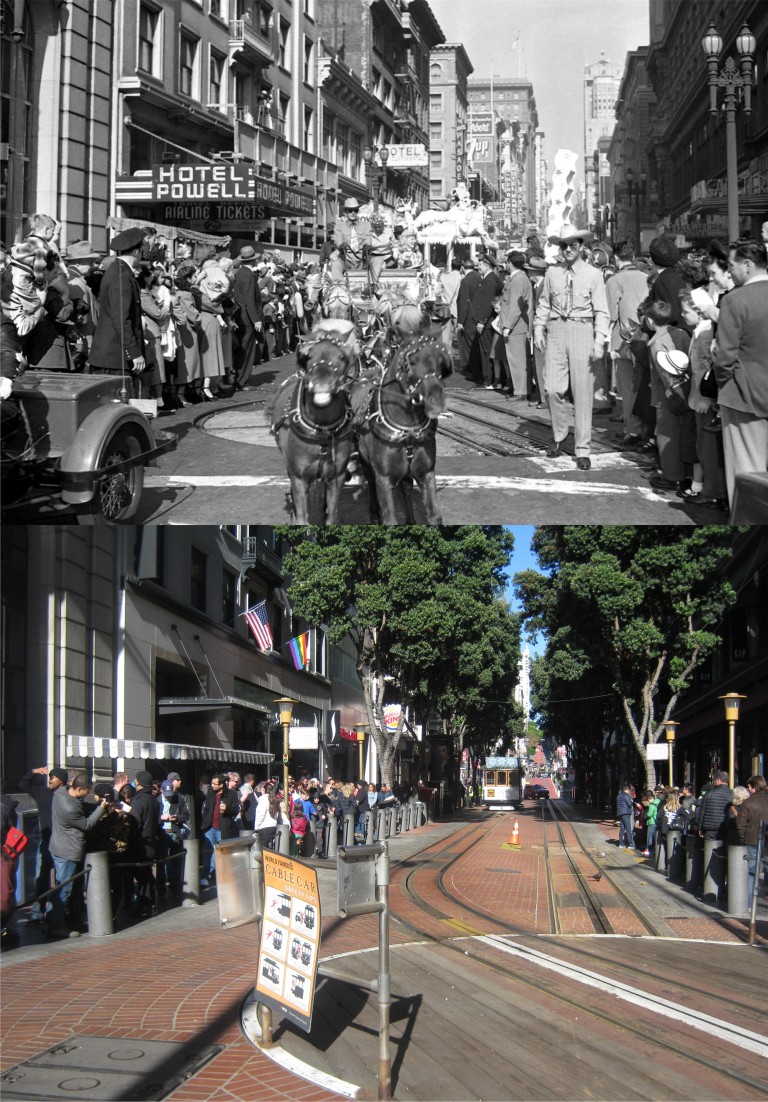 The SANTA CLAUS EXPRESS, pictured in my previous post, arrives at the Powell and Market Street cable car turnaround in late November of 1949.

In August of 1964 the Beatles stayed on the 15th floor of the newly opened Hilton Hotel on O’Farrell Street, technically in the Tenderloin District. Remodeled since 1964, it’s the largest hotel on the West Coast, according to Wikipedia. In the vintage picture, Beatles fans are waiting across the street from the hotel on the Ellis Street side of the Hilton for the Beatles to arrive from the airport.

Seal Rocks at Ocean Beach in 1943: I’m sure that Seal Rocks are somewhere in that old picture, but I can’t quite focus in on them!

One thought on “A few more vintage memories from the Chronicle”