When we were kids, my folks would always take us to “Fan Appreciation Day” at Candlestick Park for the last home game of the San Francisco Giants season. Those were in the days of Willie Mays, Willie McCovey and Juan Marichal. They used to give away as many as ten new cars during the game; I’m not making that up! When my mom and dad got older, I started taking them to Fan Appreciation Day, and did so until my dad died in 1993. Yesterday, I headed out to AT&T Park on yet another Fan Appreciation Day in San Francisco between the Giants and the Los Angeles Dodgers. The Giants as a team started folding in September ending their April dreams and yesterday wasn’t any better. Still, I’ve got my memories, not only of my mom and dad, but of the three World Series wins they never saw.

The picture on the left is the main AT&T Park entrance when I got there; on the right was the back entrance after the game. Unfortunately for Giants fans, the Dodgers won 15 to 0! One of the Fan Appreciation Day games I took my folks to was in 1982 when Joe Morgan knocked the Dodgers out of the Playoffs with a game winning home run. The Dodgers didn’t appear to have forgotten that yesterday! 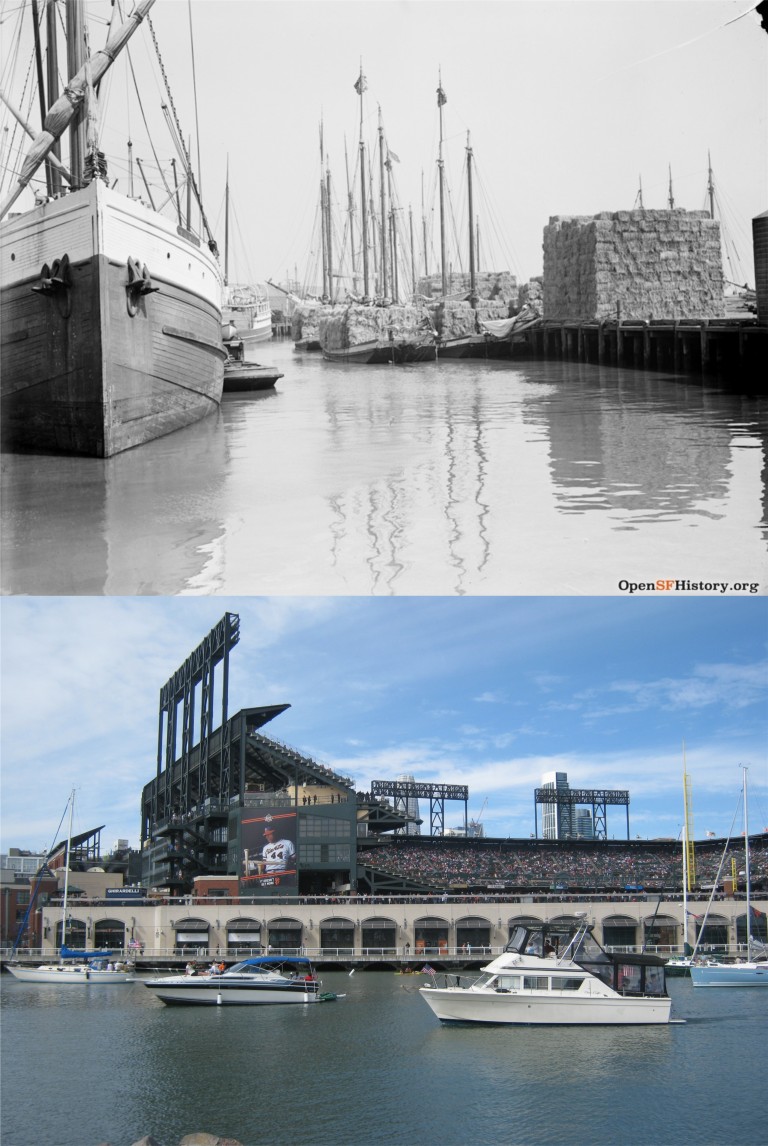 Still, AT&T Park is one of the most beautiful baseball parks in the country, and I wasn’t too down about the game’s outcome. The Giants will be back! The top photo is looking north across China Basin, what is now called McCovey Cove, in the early 1900’s, and the same view yesterday. (http://opensfhistory.org/) 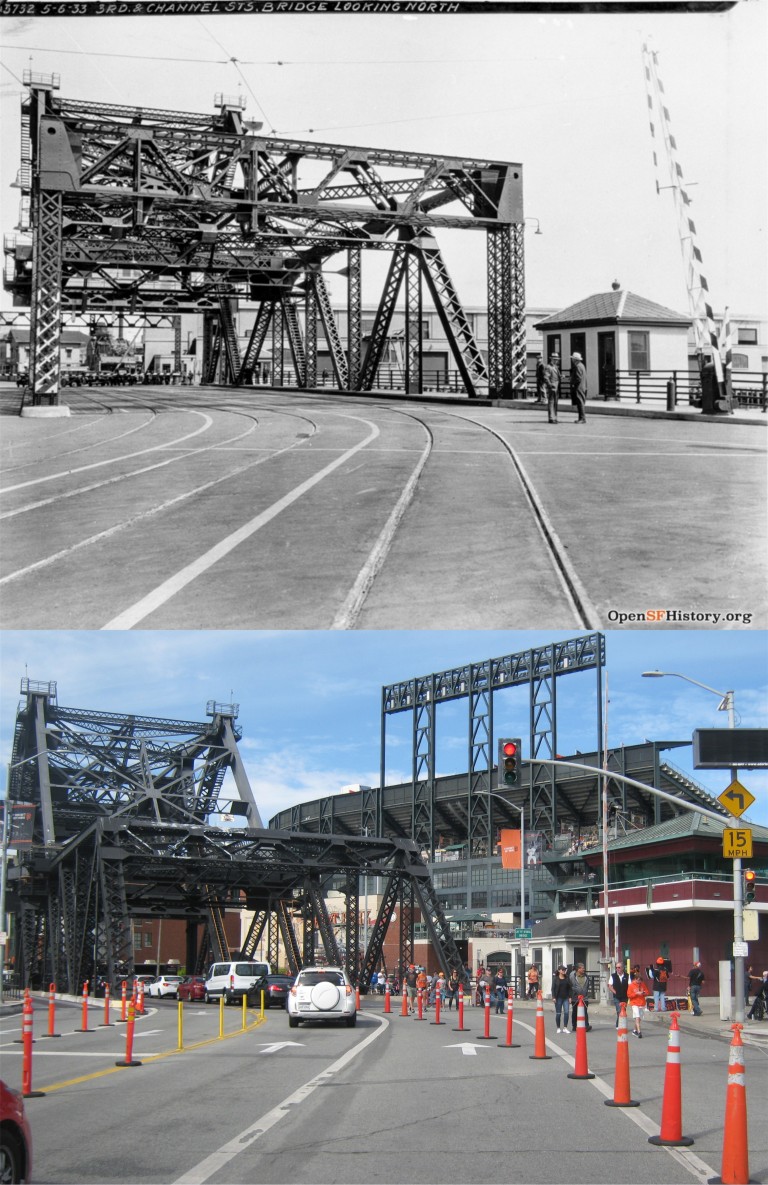 The 3rd Street Bridge looking northeast in 1933: The bridge is now called the Lefty O’Doul Bridge named after the local baseball legend who started his career with the Minor League San Francisco Seals. Notice that the little white toll signal building on the right is still there. (http://opensfhistory.org/) 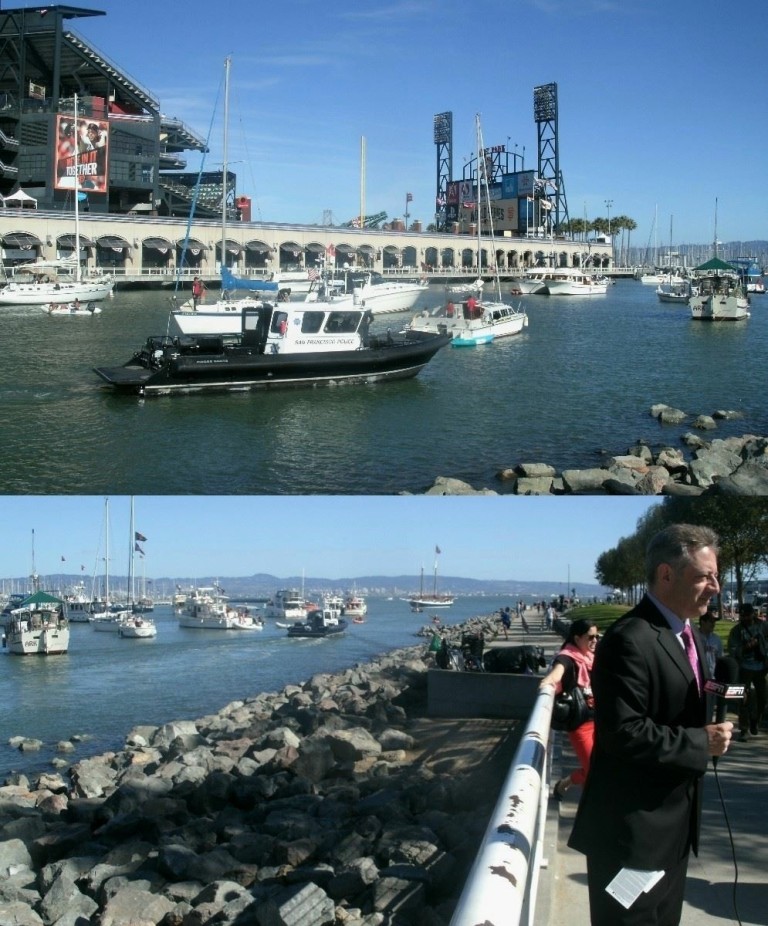 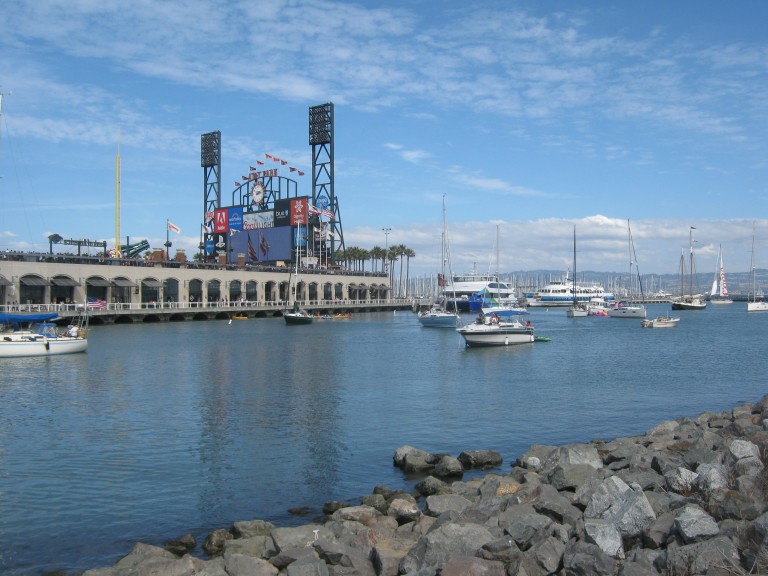 The top two pictures I took are looking across McCovey Cove during the last World Series game to date that was played at AT&T Park, the 5th game of the 2014 Series. With both teams tied at two apiece, the Giants won this game. They then lost game six in Kansas City, but wrapped it up with that great 7th game win on October 29th. Look at the ESPN guy doing a broadcast next to me. I was polite and didn’t jump behind him making a lot of noise; I thought about it, though. The bottom photo was the same spot yesterday; lonelier but just as pretty. 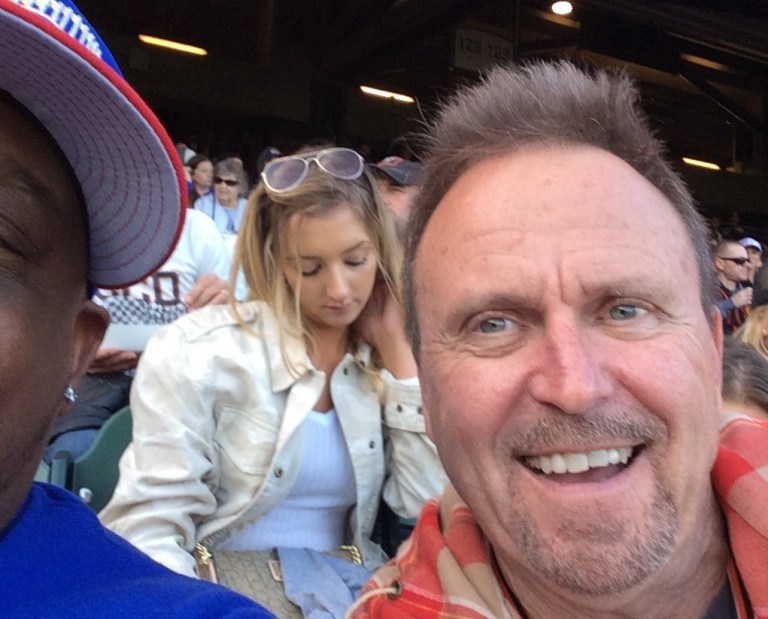 Never let it be said of me that I don’t know how to line up a selfie!

2 thoughts on “A sad end to a losing season”