Up until 1906, and even after that for awhile, the SOMA, South of Market Area, was called “South of the slot”. This referred to the cable car lines that ran along Market Street. The “slot” is the portion of the cable car track in the center that tethers the cable cars on to the running cable under the street that moves the car along. The powerhouse at Mason and Washington Streets keeps the cable running. The rattling noise in the slot is one of the sounds that many, including myself, love about San Francisco; the foghorns, the Ferry Building siren, the clanging bells of the cable cars, the jerks standing at Market and Powell Streets screaming into a bullhorn that you’re going to go to Hell if you don’t repent. Well, maybe we could leave that last one out. I took the Muni # 10 to get to Powell and Jackson Streets yesterday to walk along the Powell Street “slot”. 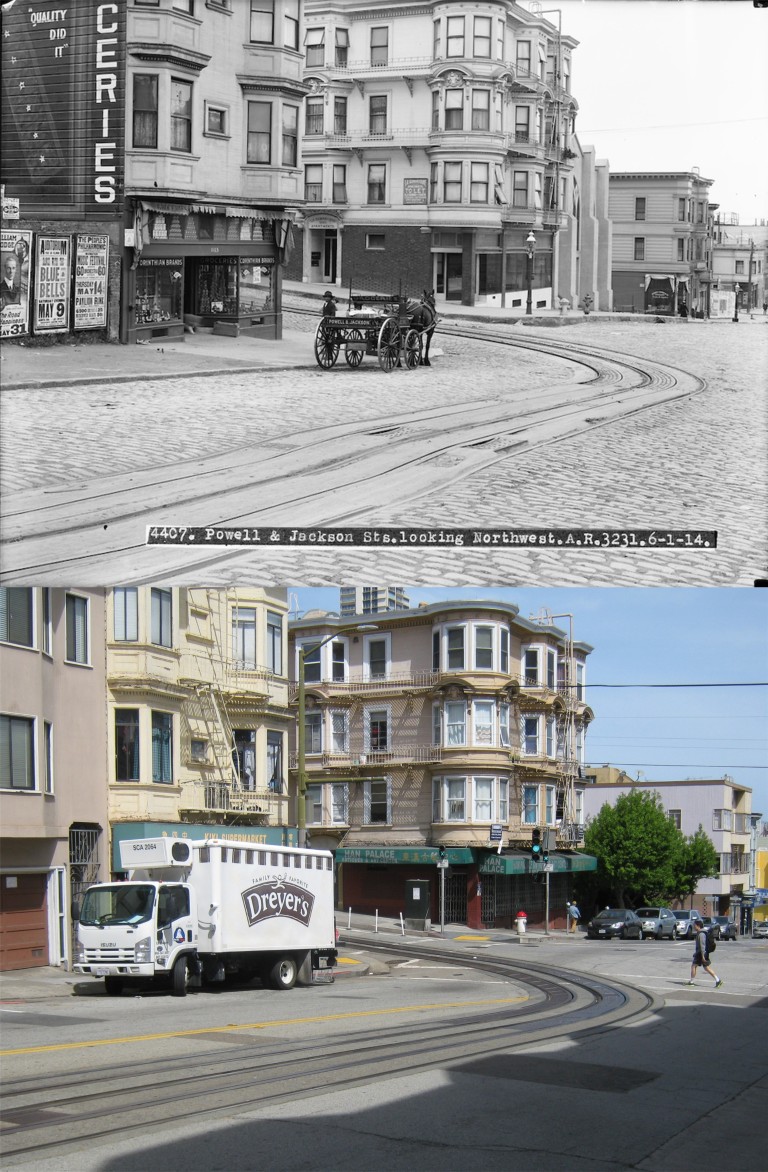 Jackson Street is the northernmost extent of the Powell Street cable car line. From here the cars turn west to go to Mason or Hyde Streets. The vintage picture is the turn in 1914. (SFMTA archives)

From Jackson Street it’s a gradual and relatively easy walk up hill to California Street. From here Powell St. drops down Nob Hill to Market Street. This picture from the early 1960ss shows the north view that the tall Sir Francis Drake Hotel in the center used to have. (Vintage Everyday)

This great view from the 1920s shows Powell Street as it drops toward Pine Street before the Sir Francis Drake and the Hilton Hotel, in the center of the modern picture, were built. (SFMTA archives)

As we move closer to Pine Street in the early 70s you can see the construction in progress of the building that would forever block the north view that the Sir Francis Drake Hotel with its legendary Starlight Room on top had. (Lindsaybridge)

I’m past the Sir Francis Drake Hotel now and heading toward Post Street and the St. Francis Hotel. (Vintage Everyday)

Cable cars were easier to catch in 1917 on Powell Street looking north toward Ellis than they are today. Now they rack them up all the way back from Market Street for the riders. (SFMTA archives) 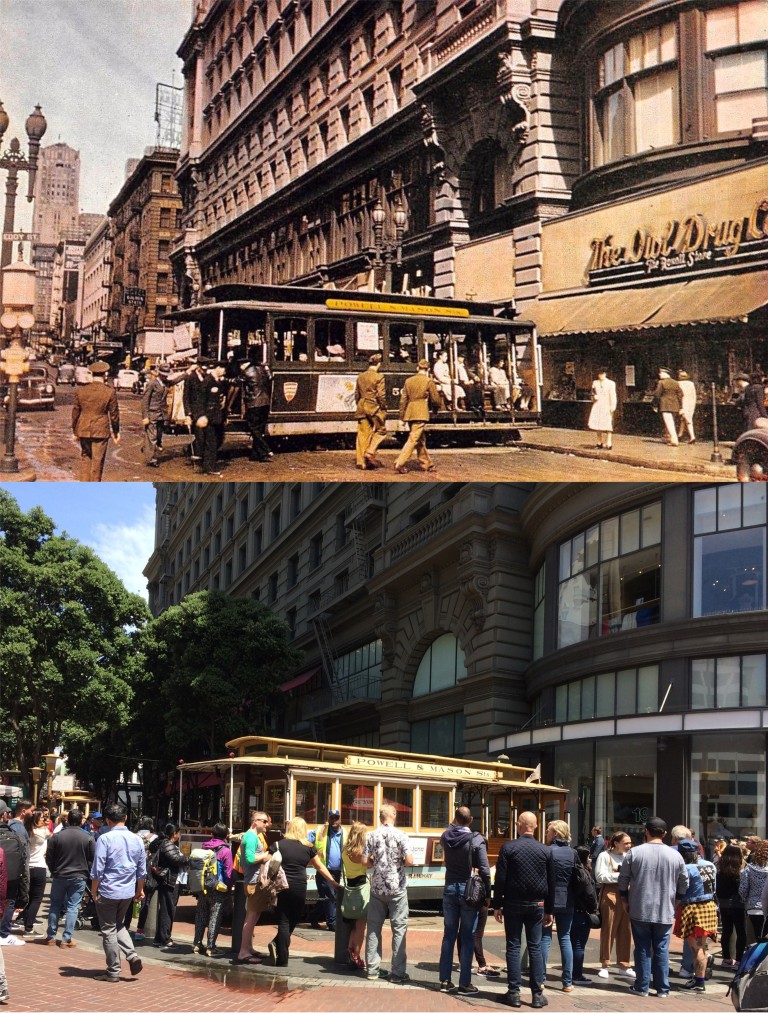 I finished my walk at the Powell Street turntable at Market Street; it looks like a World War Two era picture in the vintage photo. That was a nice spring walk! I felt like turning around and heading back, but Powell Street is a lot more of a climb from this direction. Spring makes me lazy and I wasn’t in the mood for that much exercise.