We’re heading into tax season, 2018 now and getting everything set up and running is cutting into my picture taking time. Although the IRS might find it hard to believe, blogging is a lot more fun for me than preparing income tax returns. Anyway, I’ll still be posting updates as often as I can during the tax season. These are just a few throwaways to keep in practice.

Actress Jane Wyatt pitches in on construction work for the Golden Gate Bridge in a publicity photo from 1937. She did a good job! (Pinterest)

The main entrance to the Japanese Tea Garden from inside the attraction in March of 1966: (SF Gate, SF Chronicle) 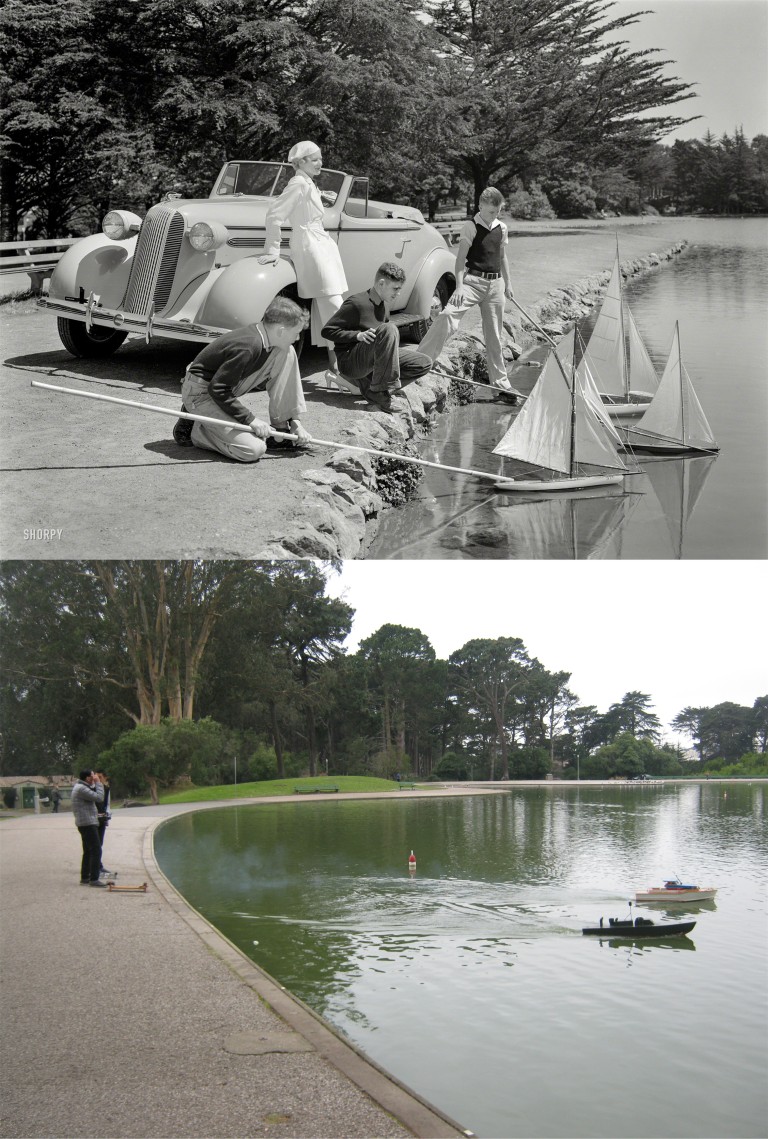 They still sail boats at Spreckles Lake in Golden Gate Park like they did in the 1930’s, but most of the boats aren’t as well crafted as those in a vintage picture from the Shorpy Collection.They’ve smoothed out the shoreline of the lake now, but I think it looked more natural before.

Stefanie Powers has fallen right into Ross Martin’s trap as she races down 25th Ave. toward Clement Street in the Richmond District in the 1962 thriller ‘Experiment in Terror’. Powers believes that her sister played by Lee Remick has been hurt. When she nears Clement Street Martin kidnaps her.

Kim Novak taking a break during filming of the Fort Point attempted suicide scene from the 1958 film ‘Vertigo’. One used to be able to get to the exact spot where the scene with Kim Novak jumping into the Bay was, however, since 9/11 the Golden Gate National Recreation Area doesn’t let visitors get that close to the Golden Gate Bridge anymore. (Cinephiliabeyond.org)