I seem to be going down to Disneyland a lot lately; I think it’s known as “escaping from reality”. I haven’t been down there at Christmas time though since the top photo was taken in 1986.

No Christmas Star on top of the Matterhorn today, like in 1968: You can still see the old People Mover tracks today. (Pinterest)

The entrance to Frontierland from a slide picture I took in 1983: They’re letting the place get overgrown! 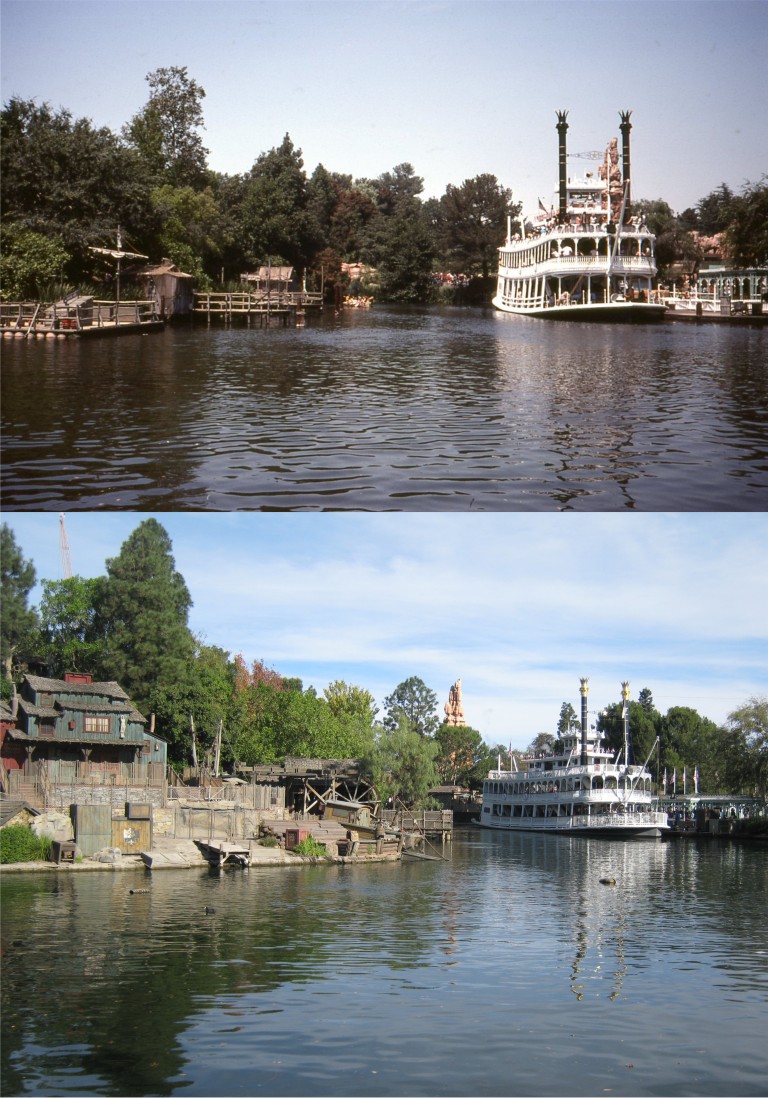 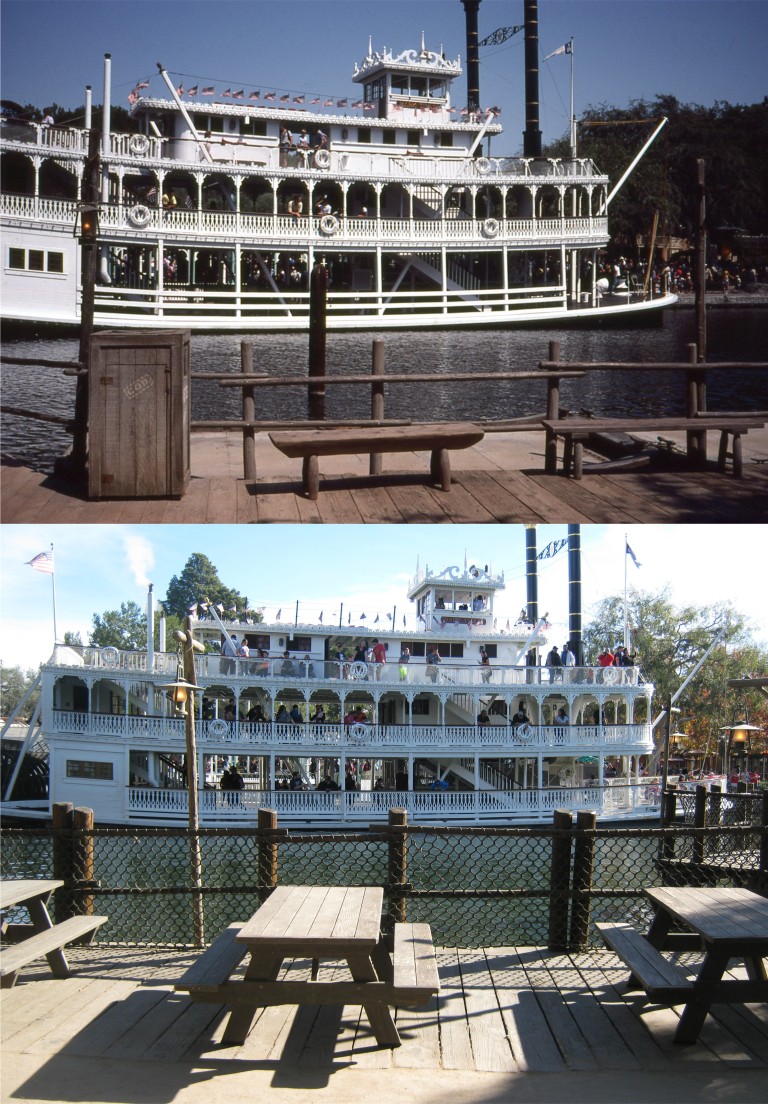 The Mark Twain from the Tom Sawyer Island – Pirate’s Lair in 1983 and 2017: I haven’t been out to that island in I don’t know how many years! 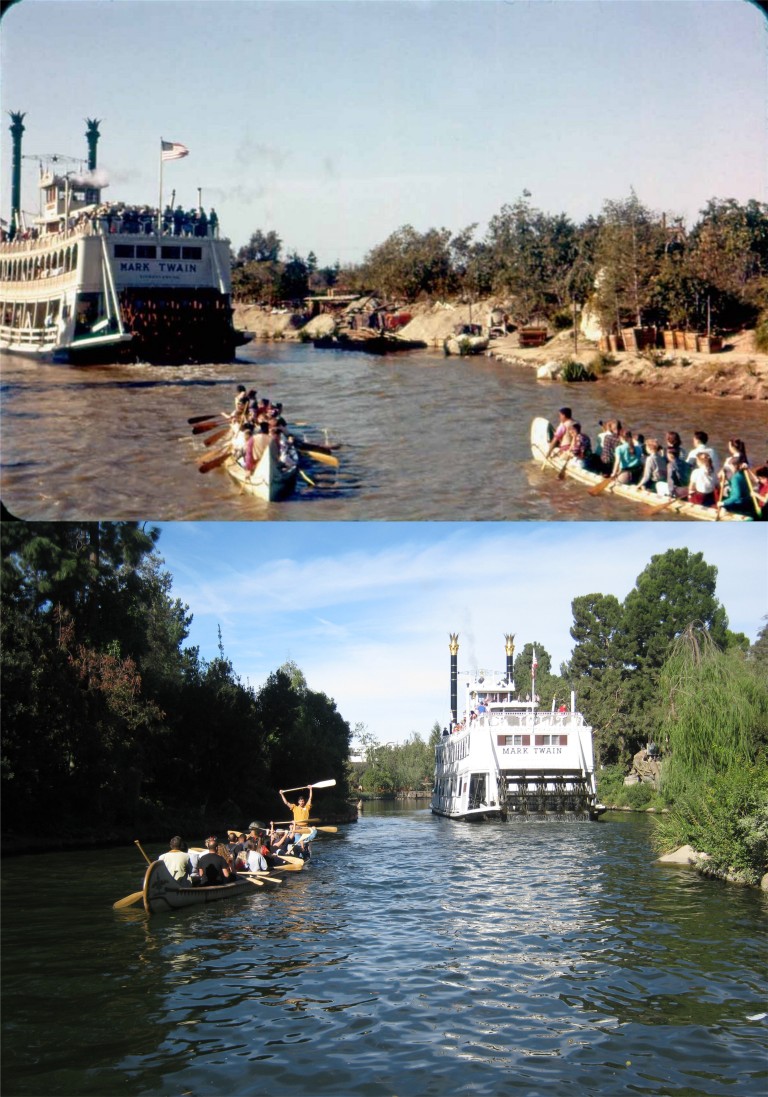 The Indian Canoe Ride following the Mark Twain in the 1950’s: This looks like a photo from the Charles Cushman Collection.

The Matterhorn Skyway in another 1983 slide: I miss the Skyway ride.

Where the ‘America the Beautiful in Circle Vision’ movie was: I remember seeing that for the first time when I was 16 and thinking that was the coolest thing I’d ever seen! (Duchess of Disneyland) 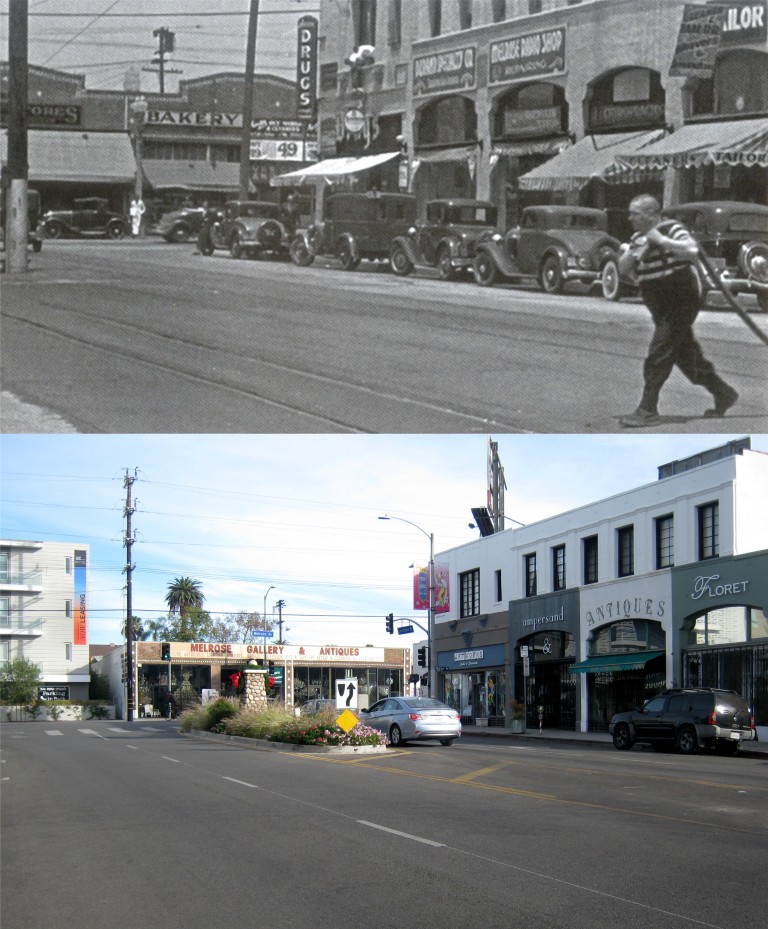 Of course, I couldn’t get down there for a visit if it wasn’t for the brave firefighters battling all the L A Fires, and they’re not like the Three Stooges! My brother Kevin and I stopped in Hollywood on the way back to track down a few Three Stooges filming locations that I read about in Jim Pauley’s book about filming locations used by the Stooges. In ‘False Alarms’ from 1936, the Stooges are firemen. Curly gets the bright idea of rolling out the fire hoses across North Larchmont Street at Melrose where they cut by a passing streetcar. Moe’s not going to like this. This is the spot today. (Columbia Pictures)

In ‘Calling all Curs’ from 1939, the Three Stooges are peeking around the corner of Fernwood Street and North St. Andrew’s Place trying to find a lost dog named “Garcon” they were in charge of that was dognapped. Those trees sure have grown since the Stooges were there! We met a very friendly security guard at this location named Crisco, and he enjoyed learning that the Three Stooges filmed a scene at his location. (Columbia Pictures)