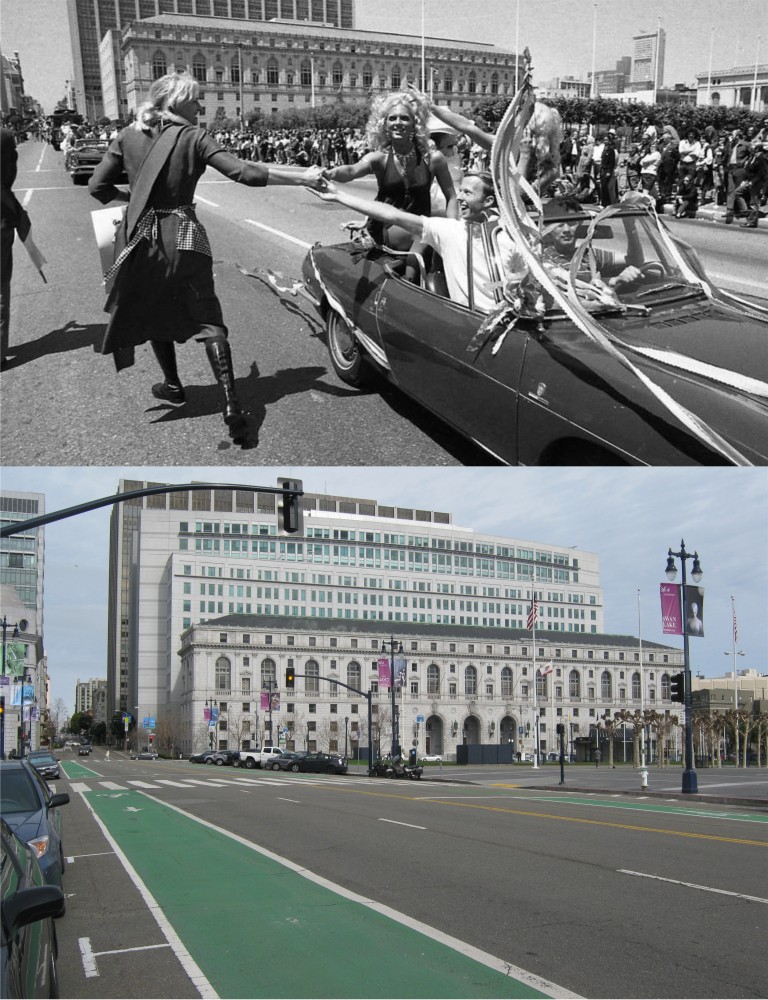 The first Gay Freedom Day Parade, seen here on Polk Street in front of the City Hall Building in 1972, is now known as the San Francisco Pride Parade. Held each year in June, it draws visitors from all over the world, and is the second largest annual parade in San Francisco. But not the largest! (Vintage photo from the San Francisco Chronicle)

“Far from the Madding Crowd”……. NOT! Every time I tell myself I’m not going to get stuck in another one of these big San Francisco crowds…….. By far, the largest parade held in San Francisco and one of the largest in the country is the Chinese New Year Parade each February. The top photo of the parade is from the 1940’s on Grant Avenue at Sacramento Street. Old Saint Mary’s Church can be seen in the background. The bottom picture is from today’s parade showing the crowd, (along with me) waiting for the dragon. “Tell Ma I won’t be home for supper!” (Vintage photo from the San Francisco Chronicle)

4 thoughts on “A tale of two parades”