With a clanging of his bell that would rival Quasimodo of Notre Dame, the conductor slams his cable car into gear as if he was in the Indianapolis 500. With a whirling roar the underground cable line grabs onto the car like an octopus, and the historic San Francisco monument screams out of  the California and Market Street terminal at a thunderous two  miles an hour. When they invite me to accept the Nobel Prize for literature like that, I’m certainly not going to snub them like Bob Dylan did. 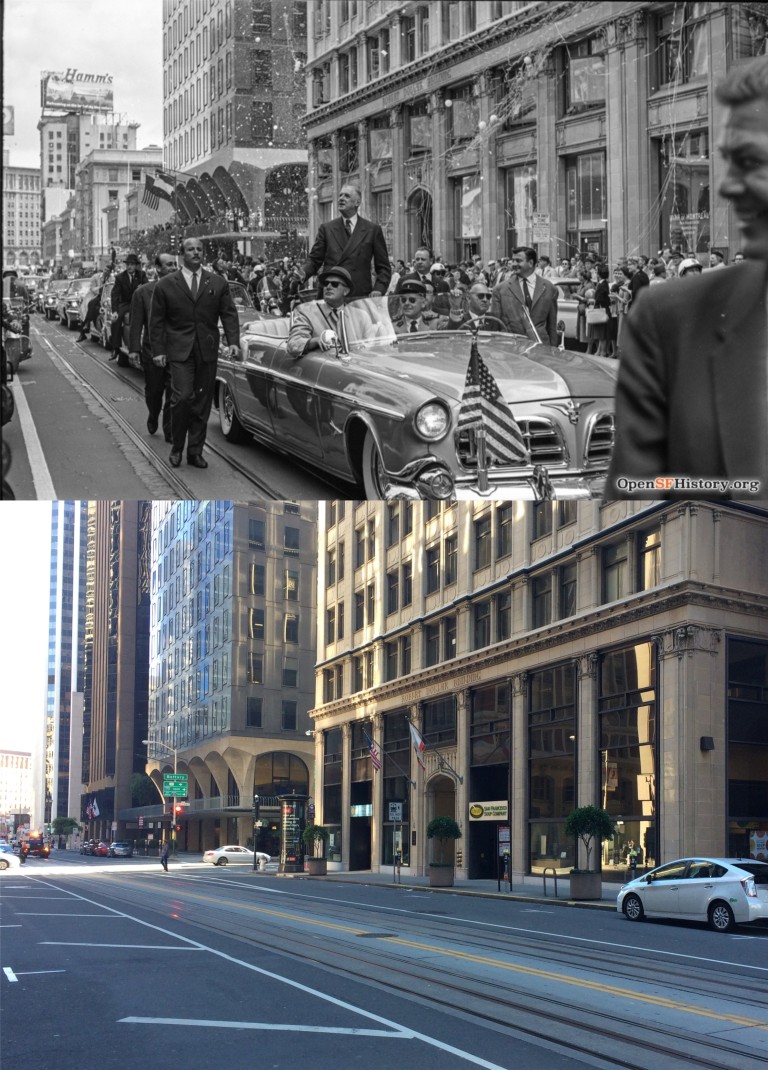 A parade for World War Two general Charles de Gaulle just past California and Battery Streets in April of 1960. He may have been controversial during the war, but they don’t make them like that anymore!

We’re passing Saint Mary’s Square, seen in the vintage photo from 1959. My photo is a little blurry because we were going at full speed past the square. (That’s right, Tim, blame a lousy shot on something that only travels at the top speed of nine miles an hour!) 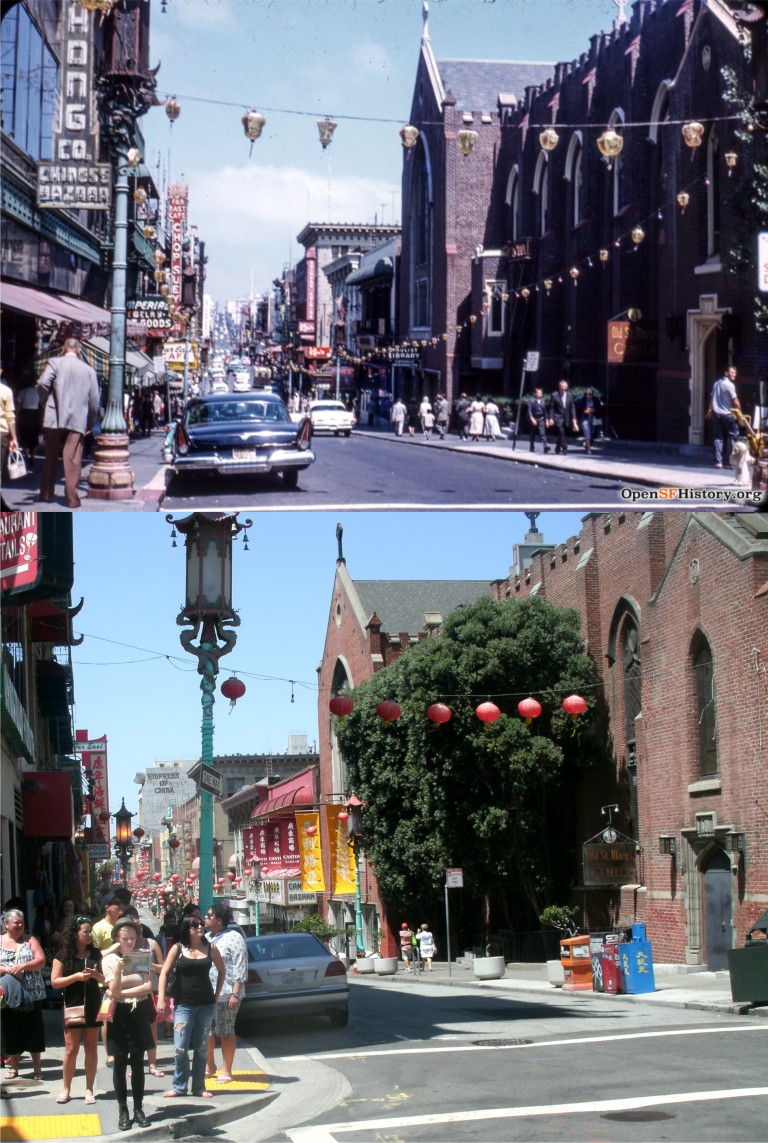 This one at California St. and Grant Avenue isn’t a bad comparison considering it’s a picture I had taken on a previous California cable car ride before I saw the old photo.

Climbing up Nob Hill we approach Stockton Street. These two pictures, the one in 1945 and the one today, are cable cars coming back down the hill. “Come on, cable car conductor, do a Steve McQueen airborne jump over the hill like in ‘Bullitt’!

I got off the cable car ride for awhile to relax in the Fairmont Hotel lobby.

I don’t know who she is, but I didn’t get that much attention when I was in the Fairmont today!

At the top of Nob Hill looking west at an unfinished Grace Cathedral in 1952: They were behind time on the church in 1952; about twenty four years! The present Grace Cathedral was started in 1928 and completed in 1964. 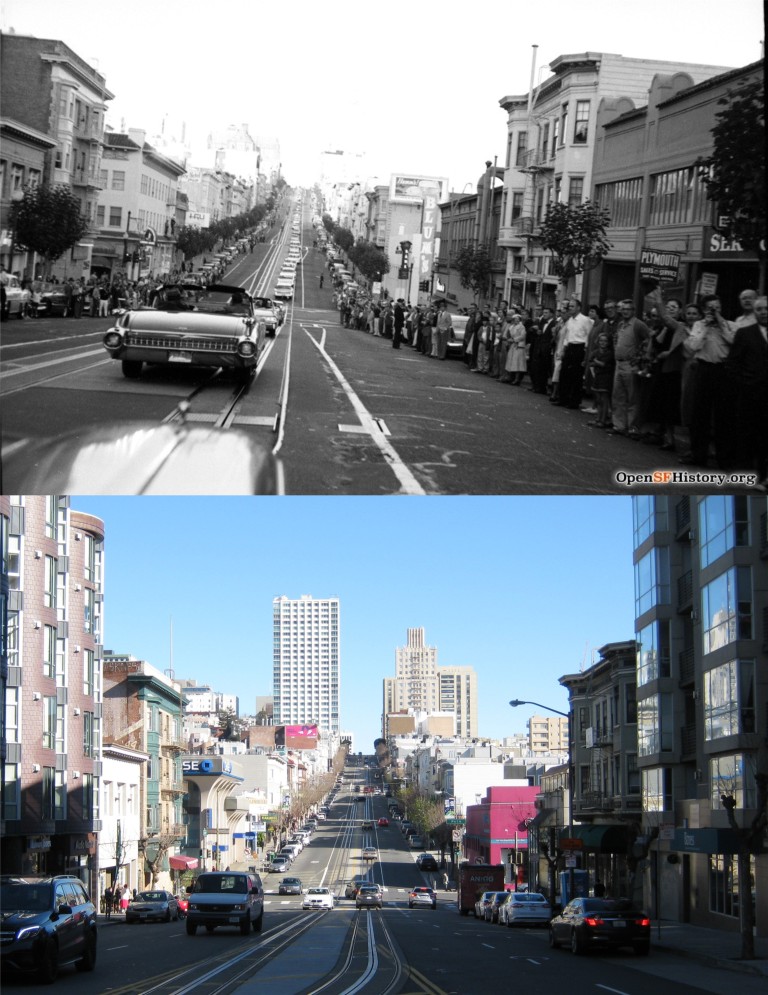 The western end of the California Street cable car line is here at Van Ness Ave. This caravan in September of 1959 was for Russian Premier Nikita Khrushchev, another World War Two figure who fought against Hitler at Stalingrad; although, he was as ruthless with his own men as he was with the Germans. A little over three years after this picture was taken he would be squaring off with President John Kennedy in the “Cuban Missile Crisis”.