If the current rendering of what the new Trans Bay Terminal will look like is as accurate as this 1930’s drawing of the terminal that opened here in 1939 was, it’s going to be quite a building!  (Toll Bridge Authority Authority, Alioto Collection)

This 2014 rendition of a proposal to move the Warriors Basketball team back to San Francisco and a new arena to be built south of the Bay Bridge makes a nice comparison to the San Francisco Chamber of Commerce photo of the 1950’s skyline of the City from the Epilogue Chapter of William Bronson’s book ‘The Earth Shook, The Sky Burned’. 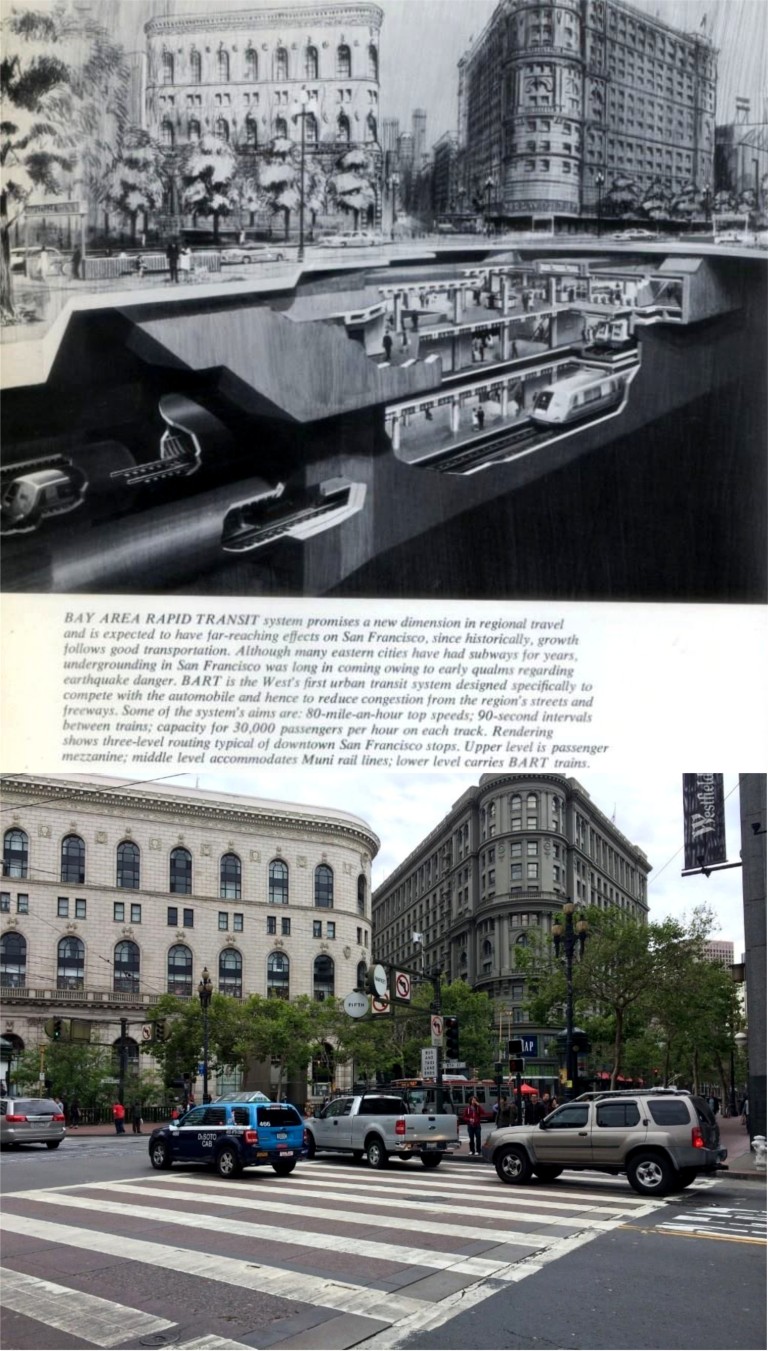 A 1960’s drawing of what the Powell Street BART and Muni Metro Terminal beneath Hallidie Plaza will look like:

A 1968 drawing of a double decked Golden Gate Bridge proposal: That’s an all very fine plan, but when the cars get to the edge, they’re going to fall into the Bay! Ta-da-boom!

Speaking of which; you can buy stock in 3M, Apple, or even Facebook, but I own a share of the Golden Gate Bridge!