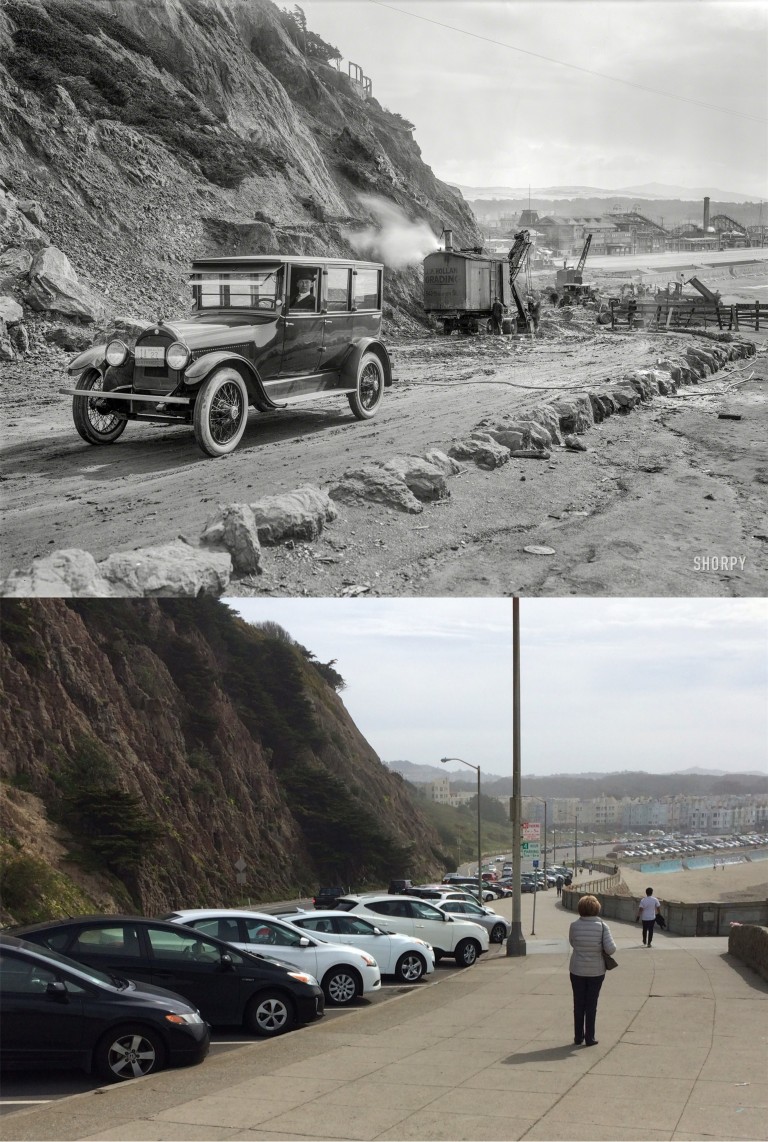 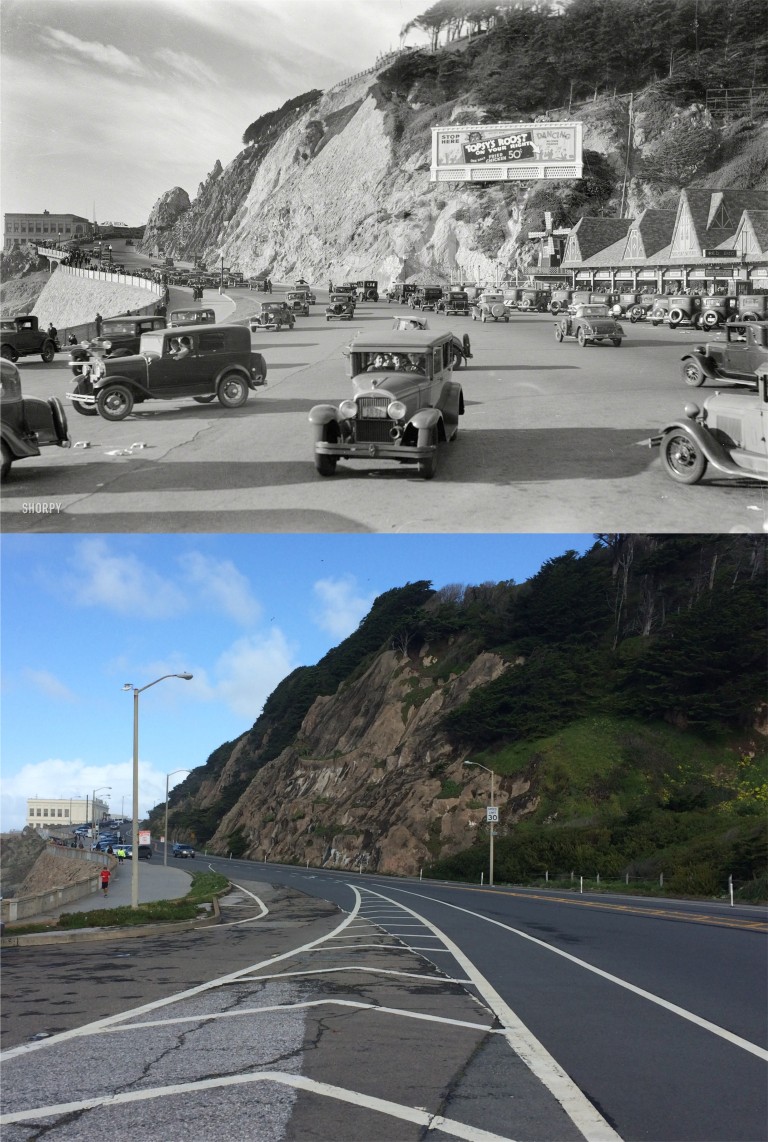 The Cliff House, looking from the north and south from the terrific Shorpy Picture Archive: They have some of the best vintage pictures I’ve ever seen. Below, is the link to their site. The top photo is looking south toward the Great Highway and Playland-at-the-Beach, (then known as Chutes at the Beach) in 1922 as the road to the Cliff House was being constructed: That thug in the car in the vintage picture looks like a hit man! The second picture is looking north toward the Cliff House in 1934 from the Great Highway: The family in the center car looks happy; I guess they were going to stop at Playland.