“OH MY! BUT WIELAND’S BEER IS GOOD!” I wouldn’t know, they stopped brewing the beer created by the German immigrant John Wieland in the 1930’s. I always liked this 1905 picture at Sutter and Market Streets. As well as a wonderful period piece, I’ve wondered how many of these people were still alive a year later after the 1906 Earthquake and Fire. Center, is the same location today. At bottom, is and old Wieland’s Beer advertisement that can still be seen today on the Old Ship Saloon on Pacific Ave. (TheDailyMail.com) 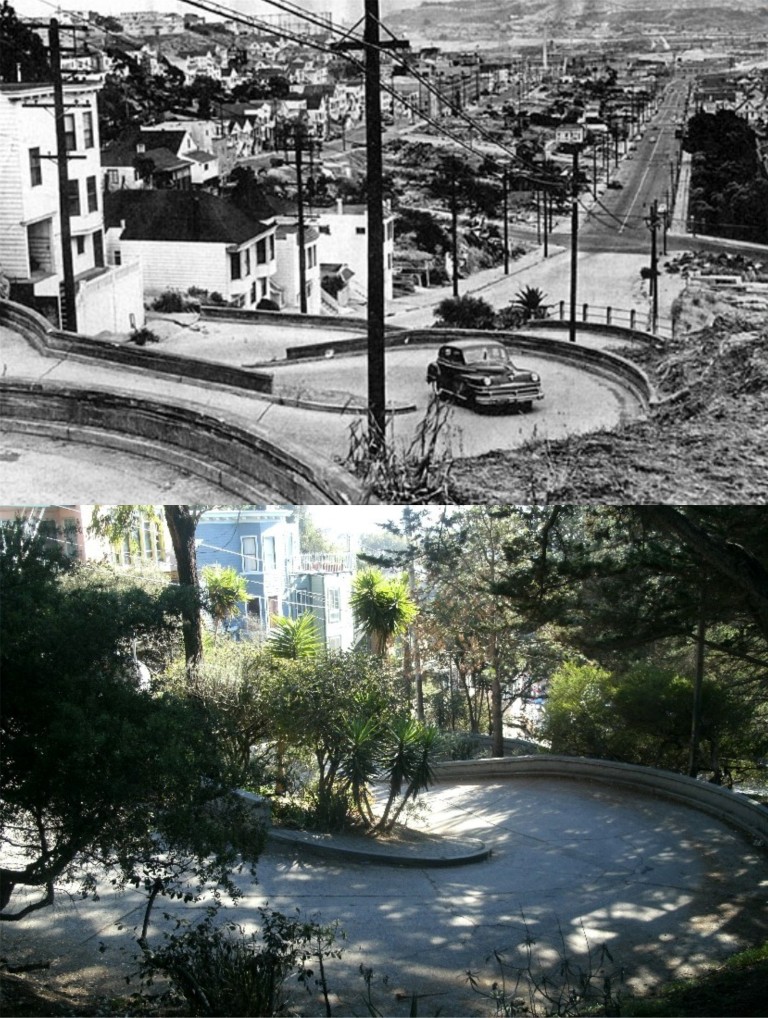 Don’t let anyone tell you that the Mel’s Drive-in scenes from the 1973 movie ‘American Graffiti’ weren’t filmed in San Francisco because they were. Although the hangout was closed up and slated to be demolished, George Lucas had it reopened for the movie scenes. The drive-in was knocked down after the movie was filmed. At the upper right, actors Ron Howard, Richard Dreyfuss, and Charlie Martin Smith on the set. Below left was a discrimination protest during the 1960’s at Mel’s. At bottom right, is 140 South Van Ness, where Mel’s used to be.

An anti Vietnam War protest at Fillmore and Fulton in 1967: The City Hall Building is in the background. 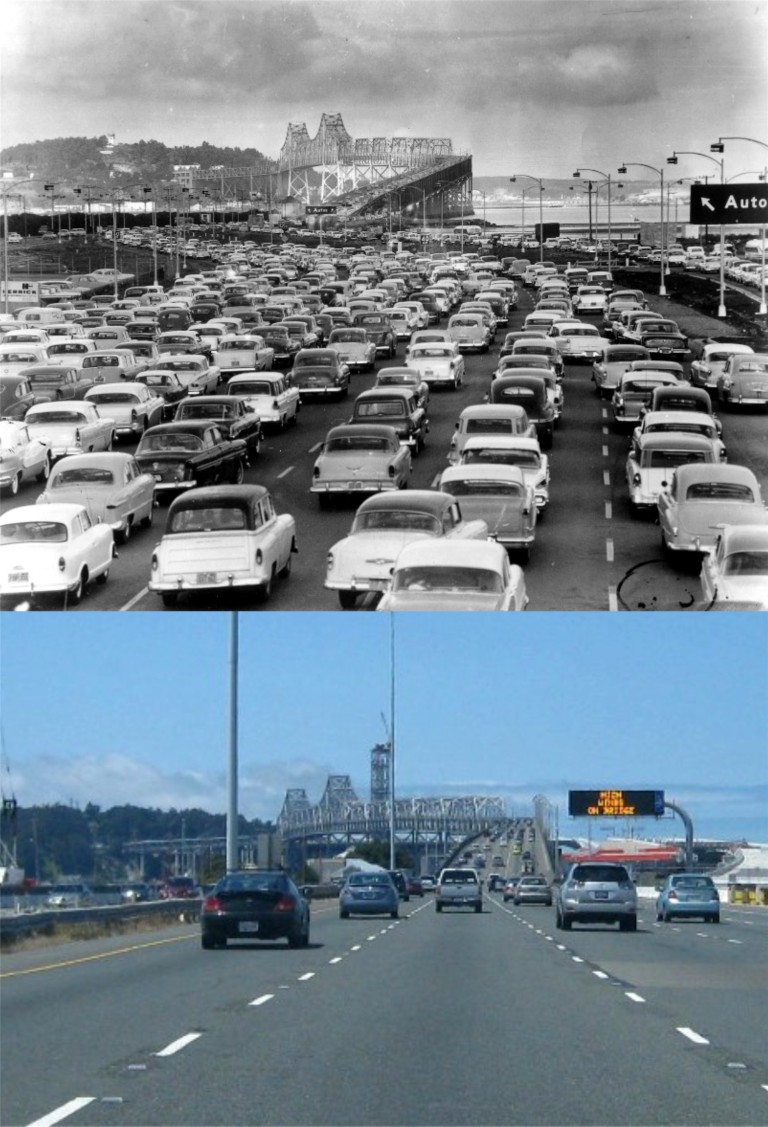 Heading west to Yerba Buena Island and San Francisco on the old Cantilever section of the Bay Bridge, something we’ll never do again in this lifetime. 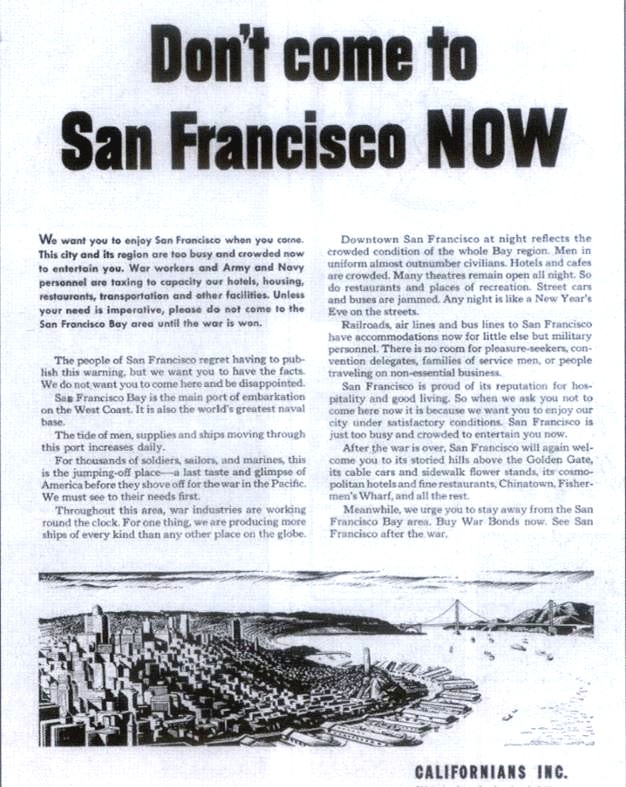 An old proclamation asking visitors not to come to crowded San Francisco during World War Two. I’m sure they came anyway.

Quite a different welcoming for visitors from Super Bowl City at the foot of Market Street, which opened on January 30, 2016: At the lower right are two of my tykes in 2002 where Super Bowl City is today.